I've not seen Jan much this weekend as it was busy busy busy again with activities of "The men of the year " As always at the start of September, all the friend groups of men with the same birth year gather in Leuven for a jubilee day.   There's first a church services, there's a reception etc etc and then they parade through the city:  year by year all in their same outfit   , alternated with marhing bands of all types.  The men who turned 50 in the current year take the lead (this time being driven around in 50-year old Ford Mustangs)  and then the other years. 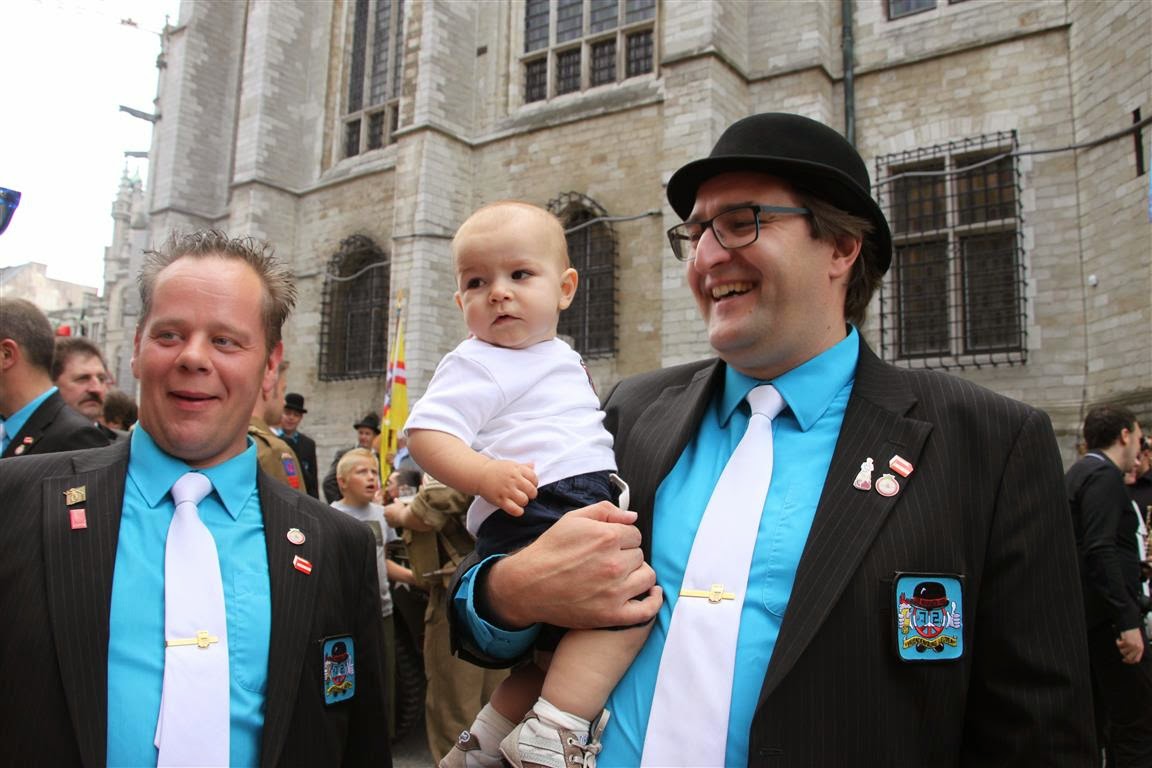 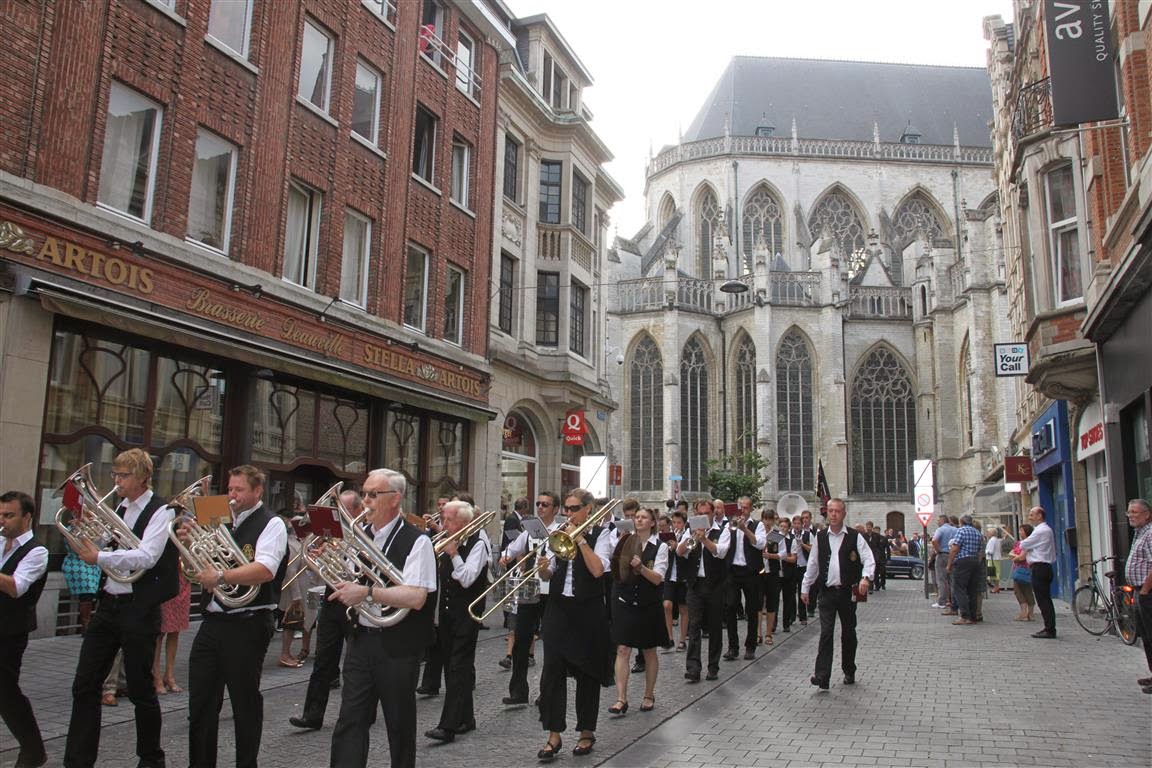 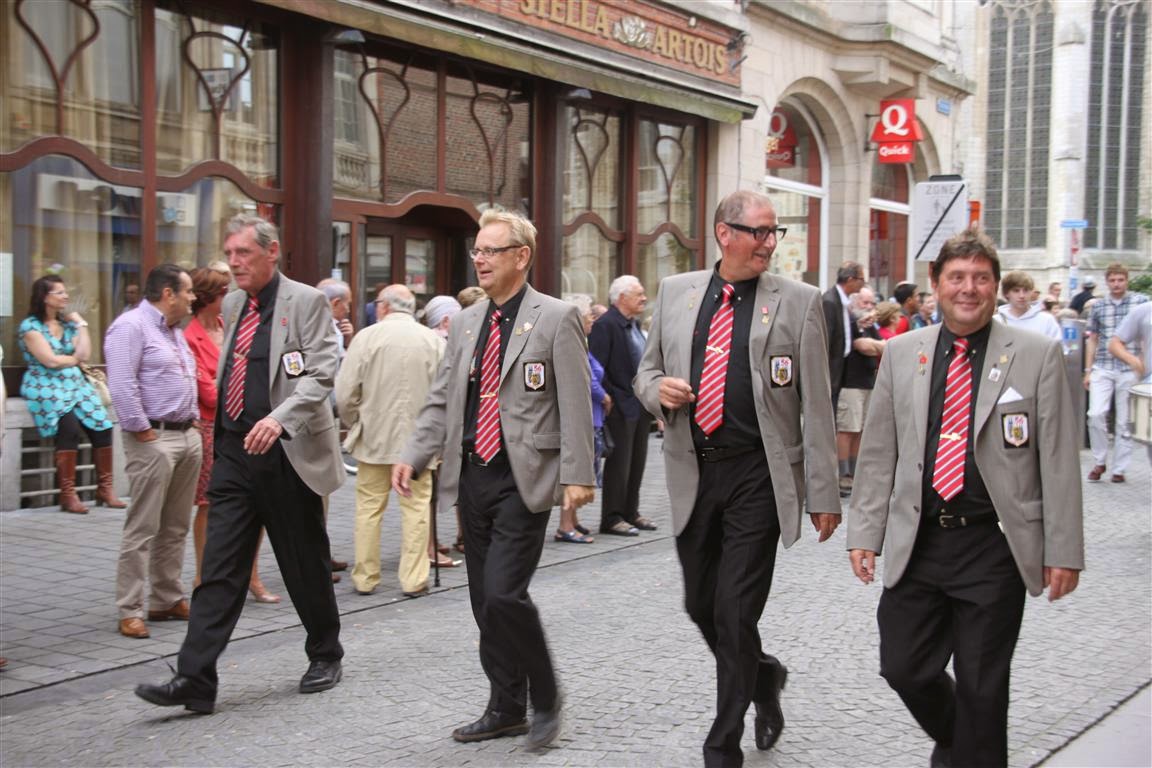 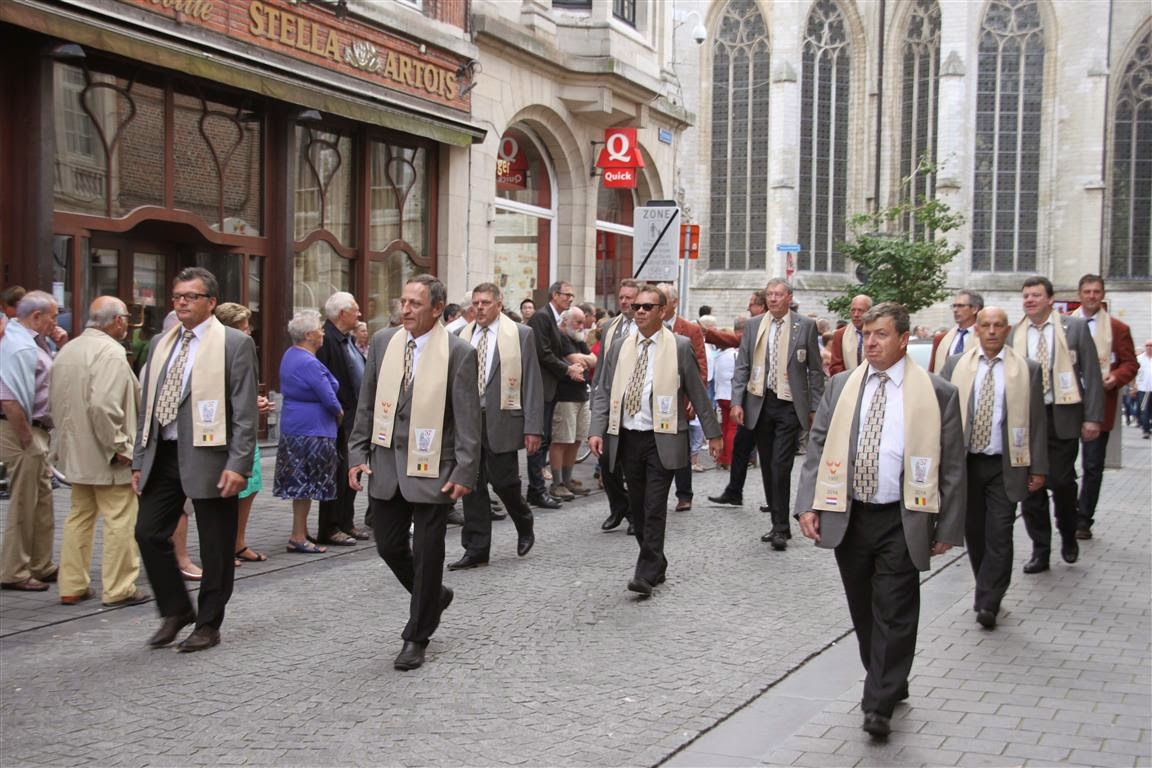 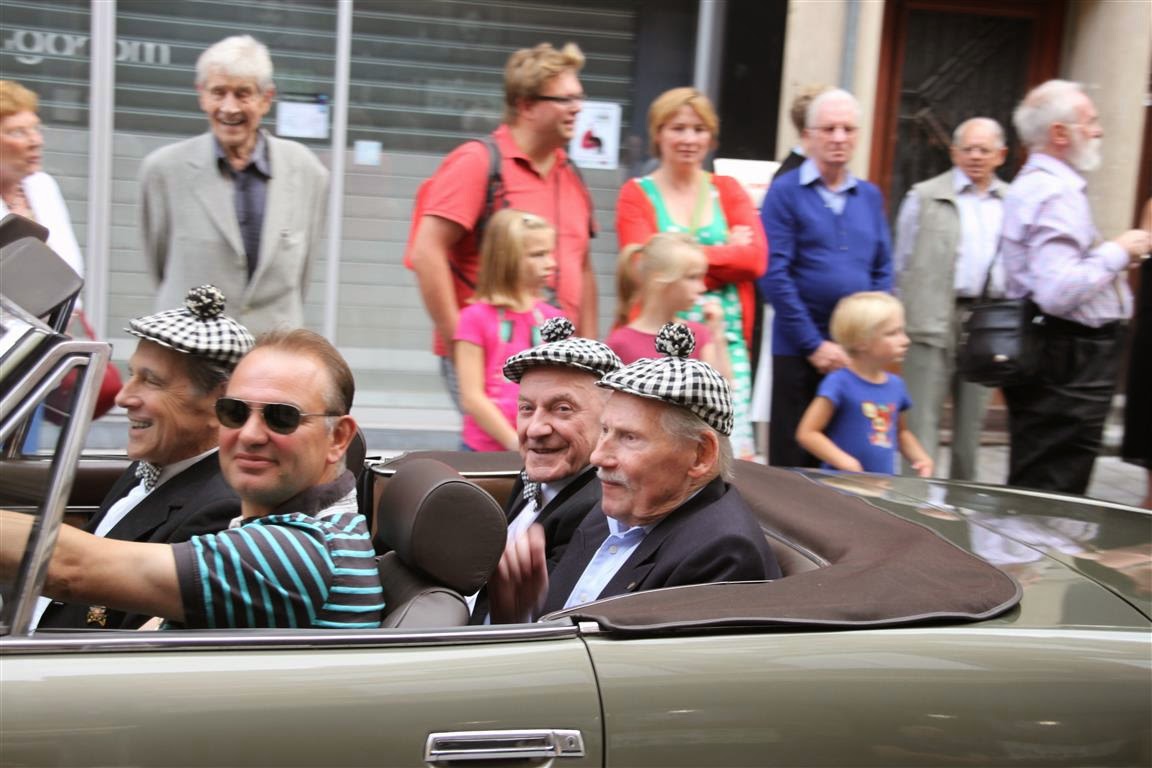 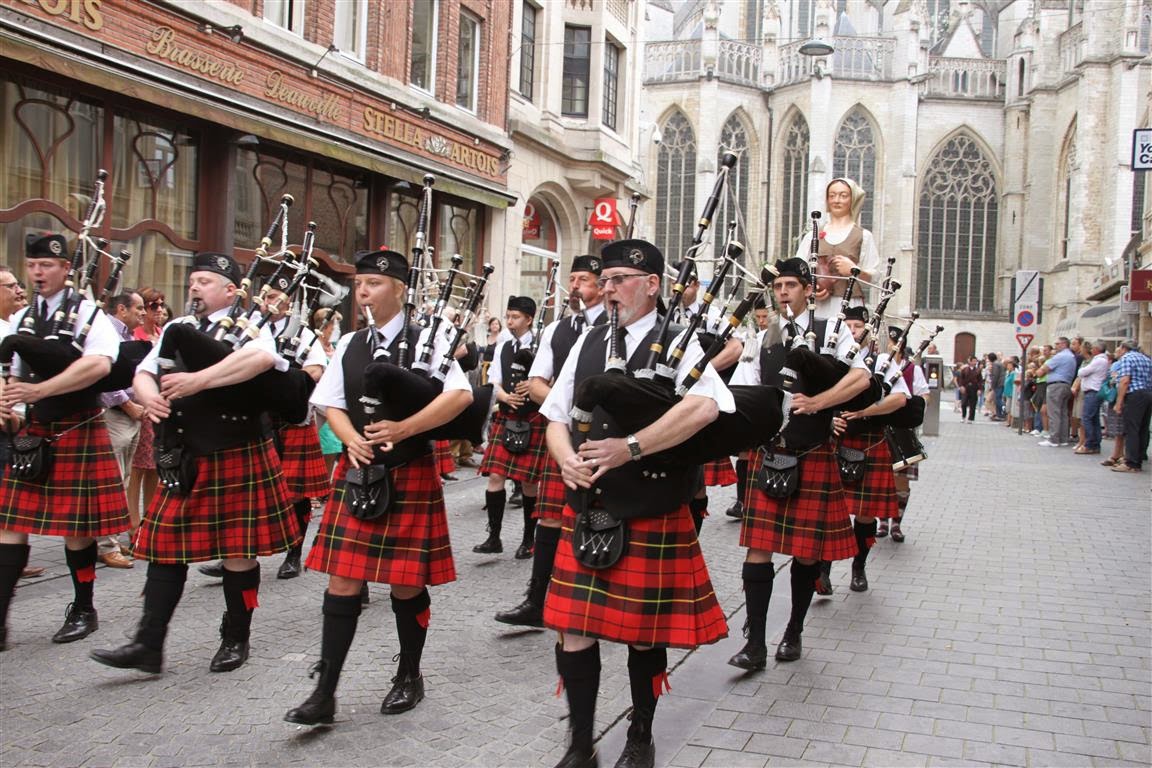 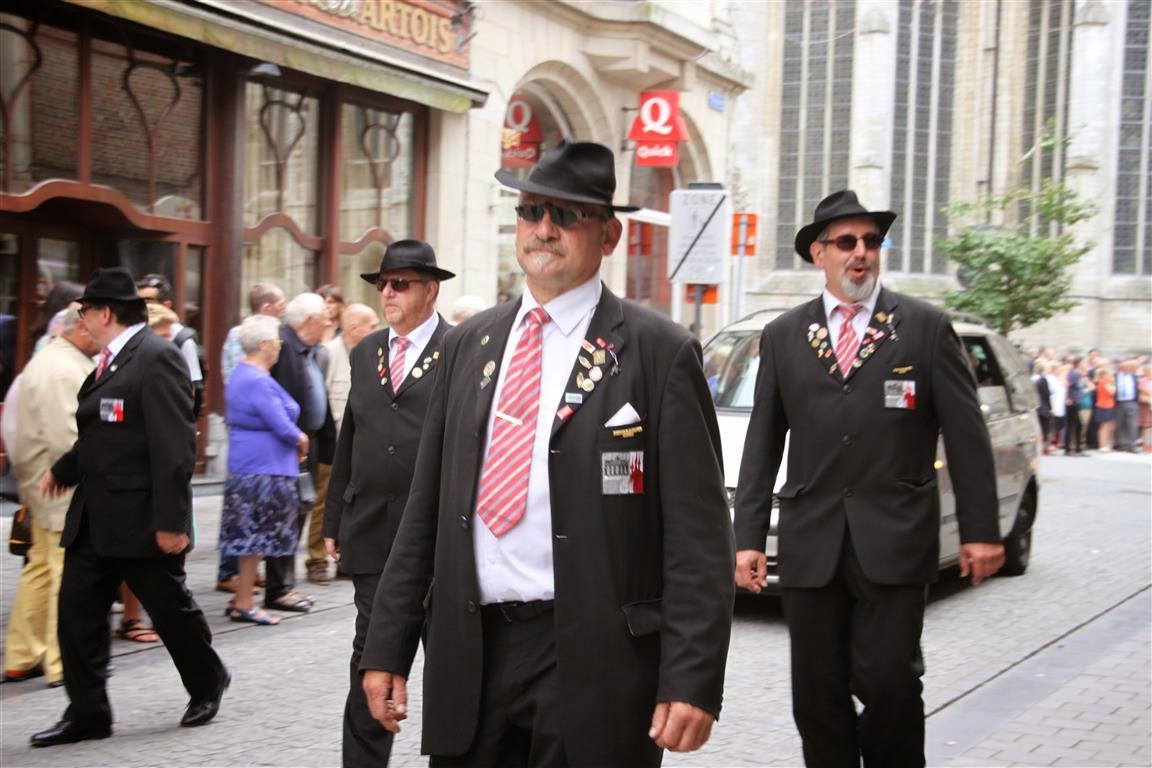 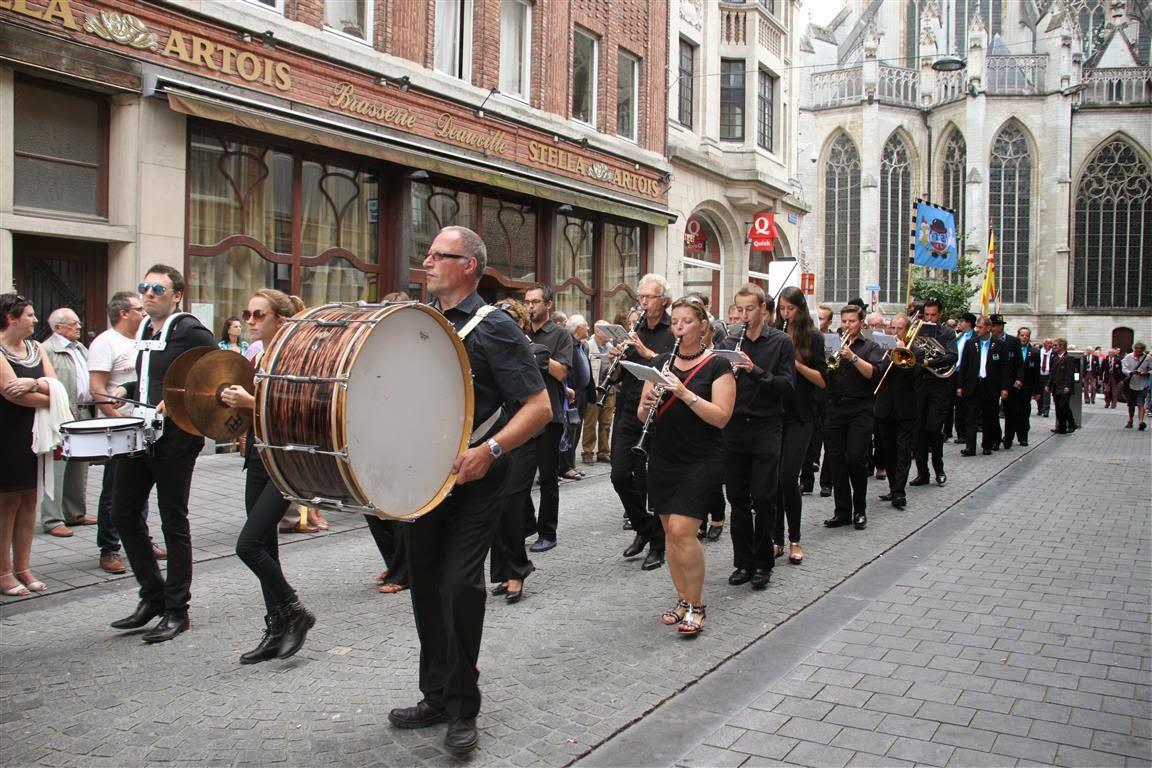 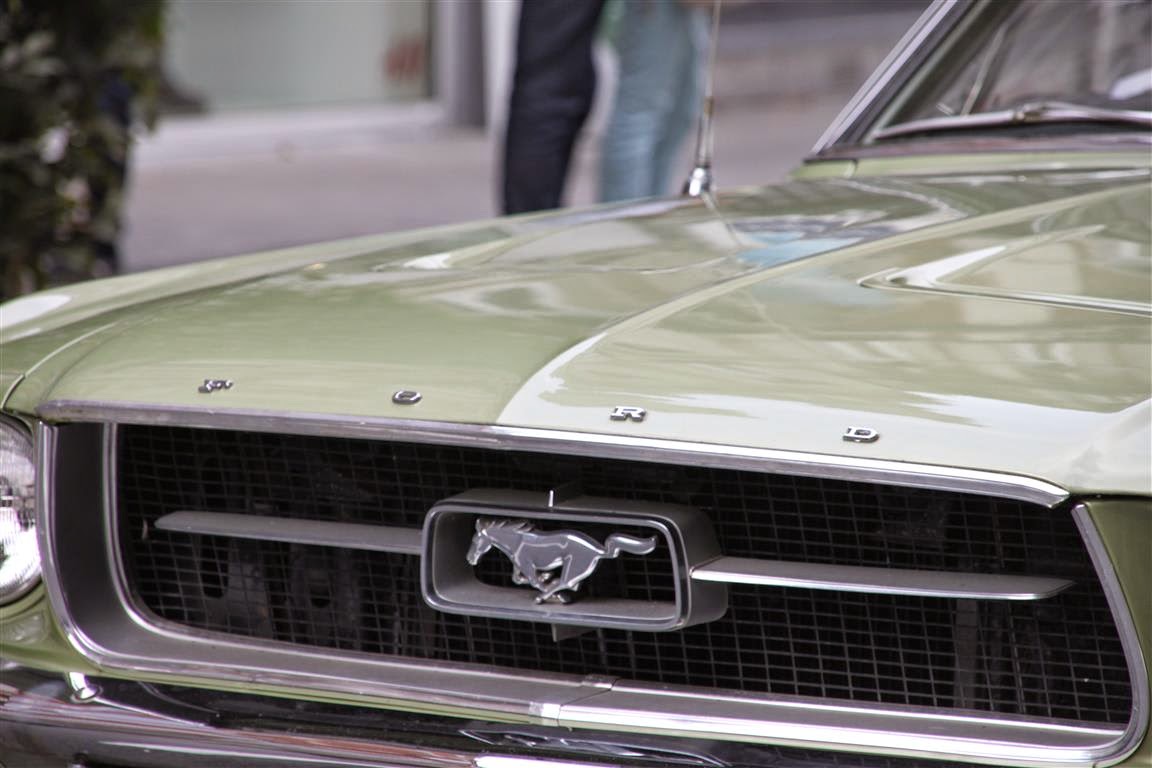 Jan took Kabouter along in the parade, initially just for a short stroll as sort of a joke, ...but the 2 of them had so much fun that in the end Kabouter was carried throughout the entire parade :p.  When later on I walked home with Kabouter in the stroller, I heard a pedestrian   "oh look, that is the baby that was in the parade :D  " 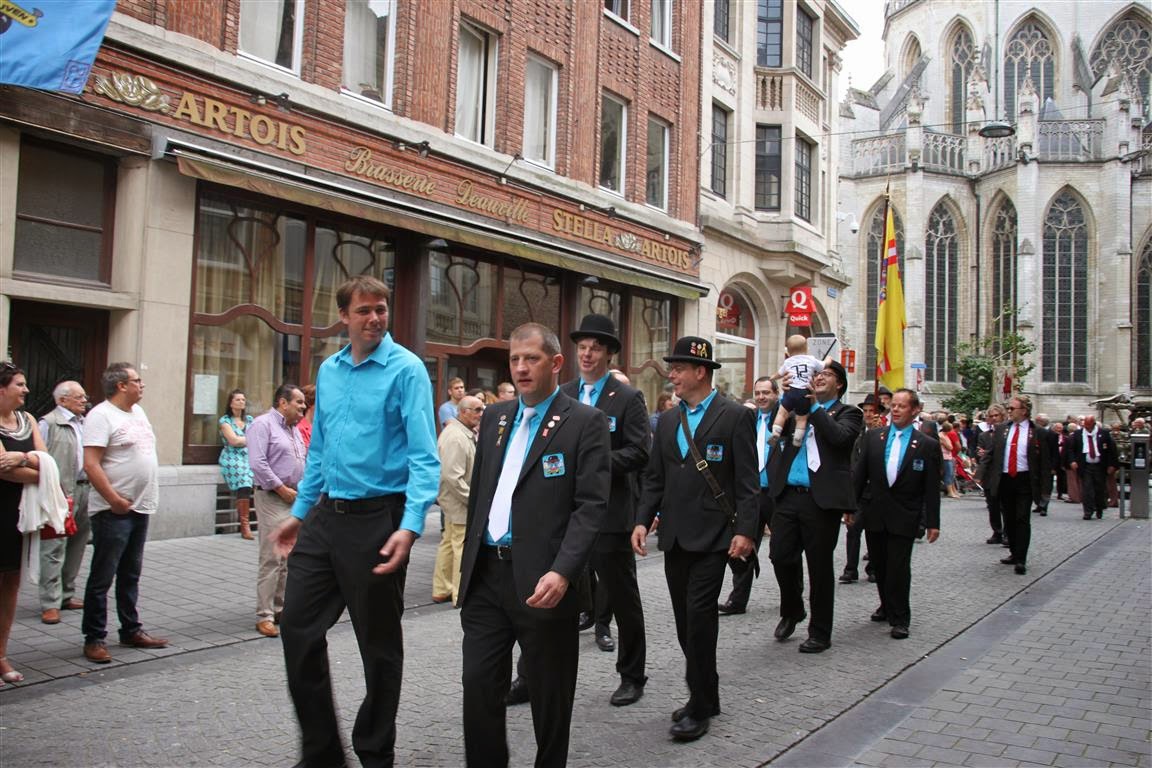 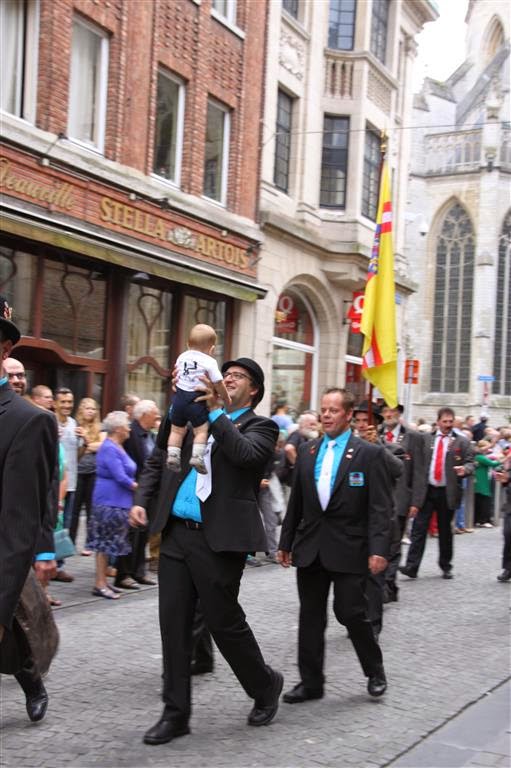 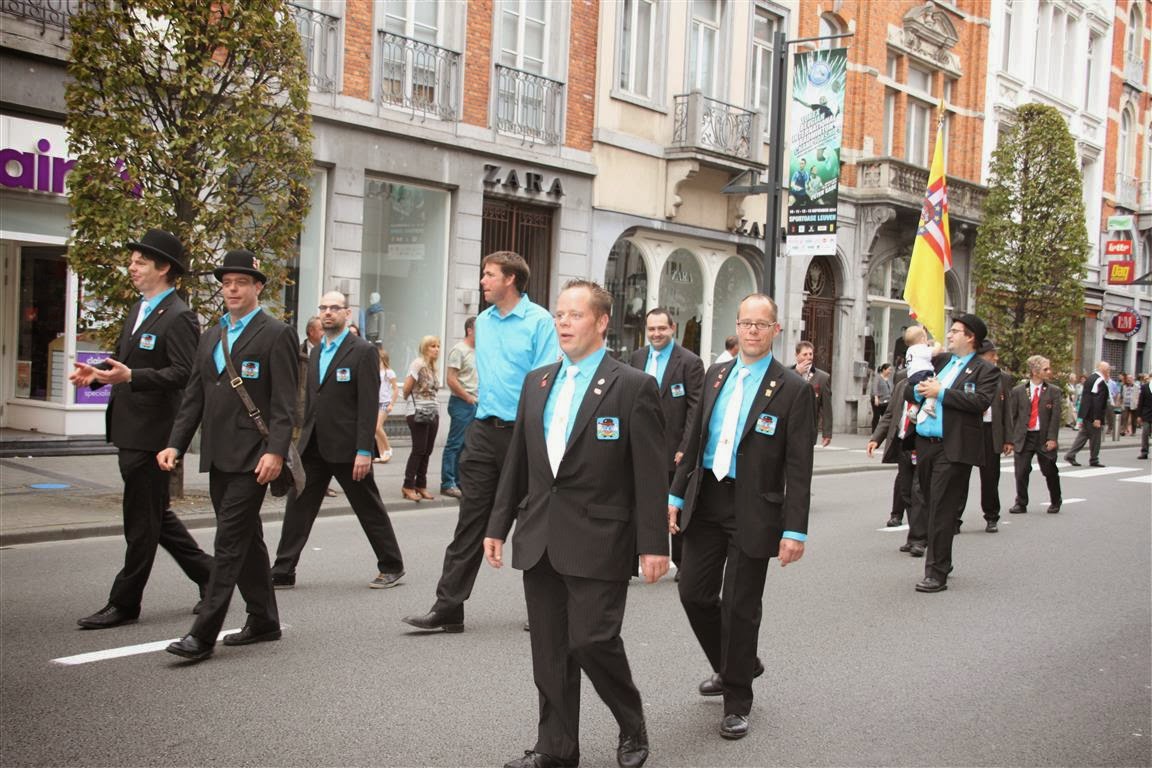 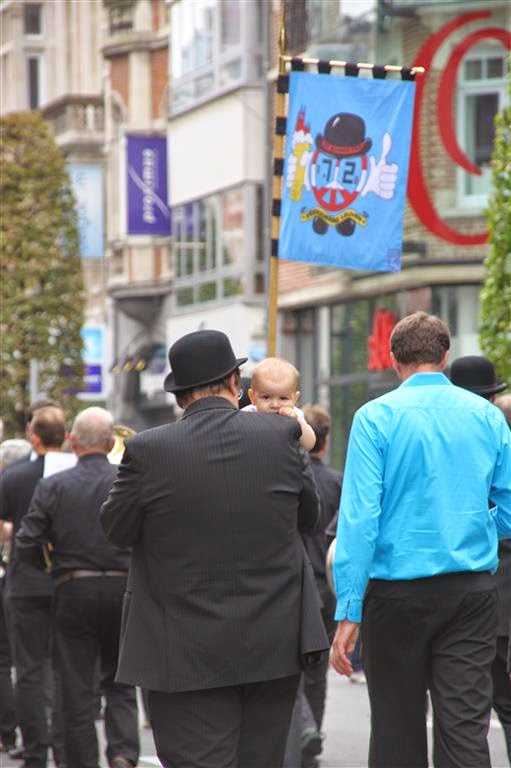 Just as last year, all the men and bands later on gather at some pubs and terrasses where they have a drink together, play some more music and enjoy the nice evening. 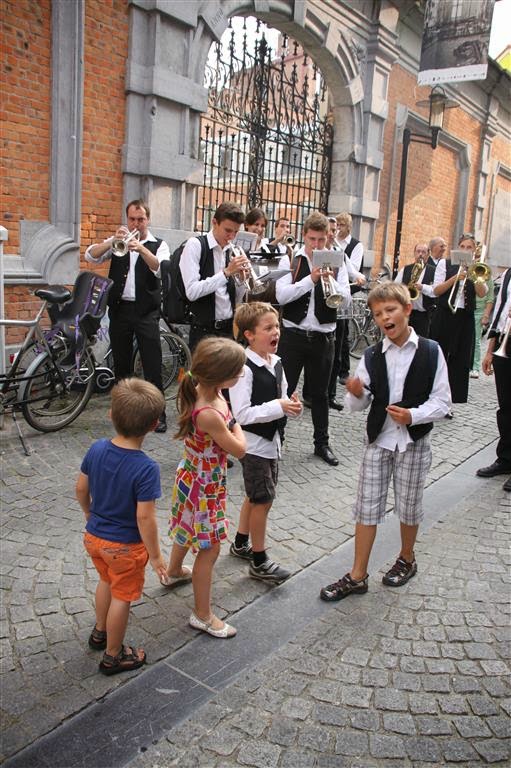 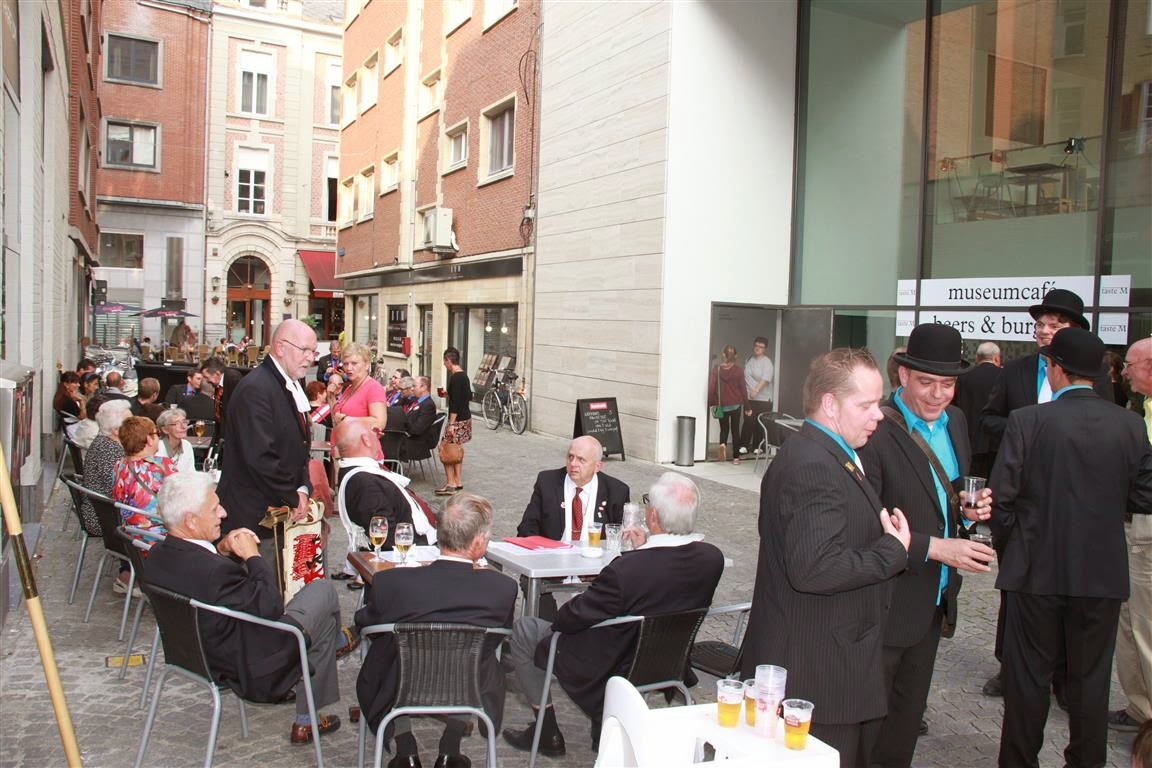