Previous Sunday our sleepy tiny village was invaded again for the yearly flea market.  The streets are buzzing with activity as of 6 AM.

For the first time, the market was a source of temptations for Kabouter. He took a first tour with Jan in the morning during Beertje's nap...exploring all the toys displayed , studying choices, changing his mind, begging for a present.

Once home he was determined: he had to go back to get a Robocar Poli police car from a cartoon he regularly watches on youtube. In the afternoon there was a moment of panic when he didn't find the stand with the wanted car followed by big joy when we directed him to the correct spot and bought him the requested treasure.  8 euro including 3 new batteries...not a bad deal although we regretted it quickly at home given the fact that the thing is extremely noisy.  But Kabouter was very faithful to the "only 1 little present deal" : he was checking out the other displays once again but concluded each time that he couldn't ask for a 2nd thing and that nothing was as cool as his new robocar Poli.  It's nice when you don't need to have discussions about that. 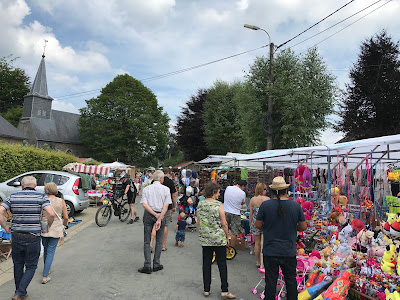 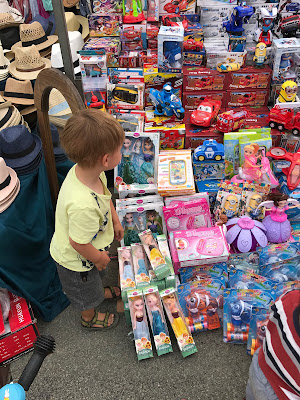 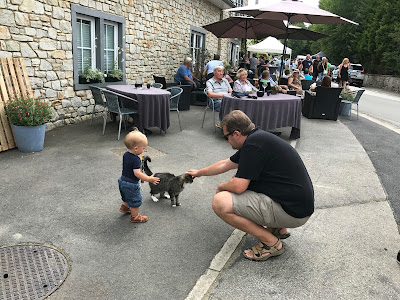 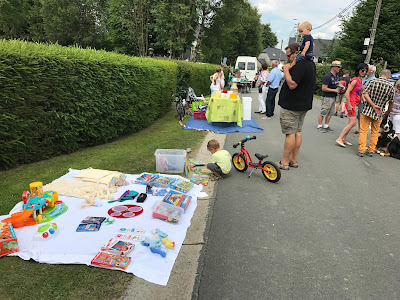 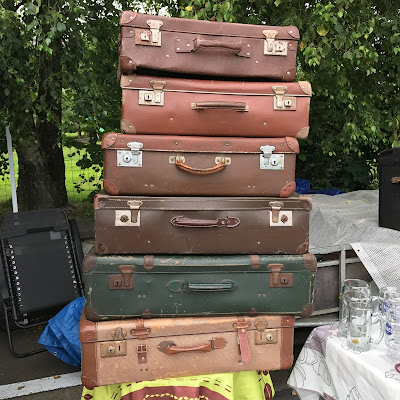 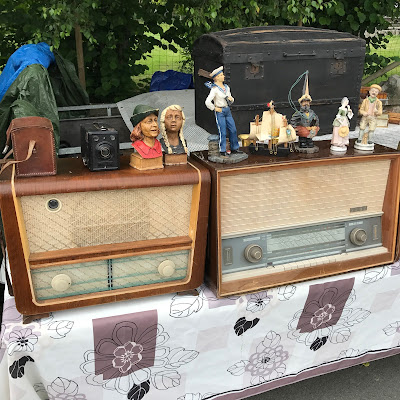 Back at home, our neighbours were having an open house with lots of friends stopping by, having a drink or snack and chill in the garden. Very relax. 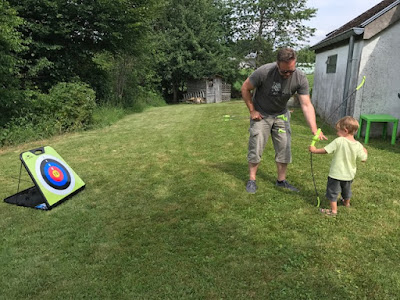 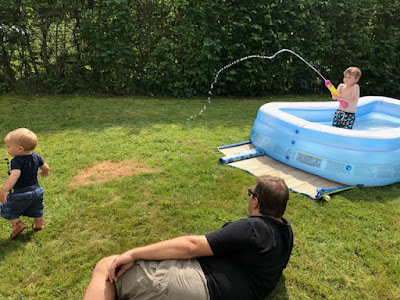 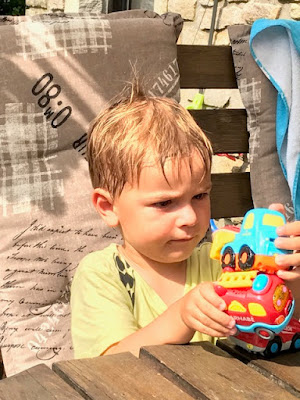 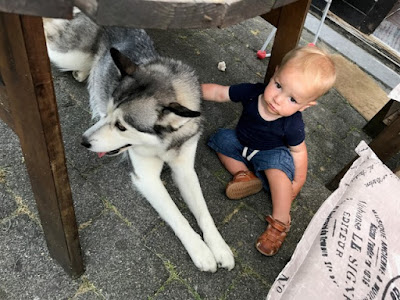 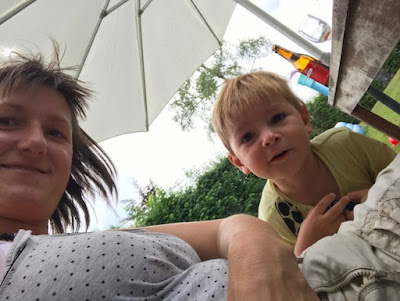