Planckendael in the heat with 2 little best friends

It seems ages ago: a hot hot day at the end of the vacation.  The children were at morning camps but there was no more playground to bring them in the afternoon so we alternated with a couple of parents to take (half) a day off and take some children with us.

Jan had entertained some children on Monday and had baked some home-made chips with them and I had the honor on Tuesday afternoon. It was only Kabouter and his best friend and I knew we all had a subscription to the nearby zoo so that seemed like a good escape on a day that the temperatures would rise to 33C.

My friend yab was finished packing for her move to Switserland and joined us on the trip.

The boys studied the map carefully to decide what we'd go and see: Elephants for sure...and monkeys...and the parrots ... Off we went after our picnic.  But first an ice-cream  or as soon as possible after we had seen some of the animals. 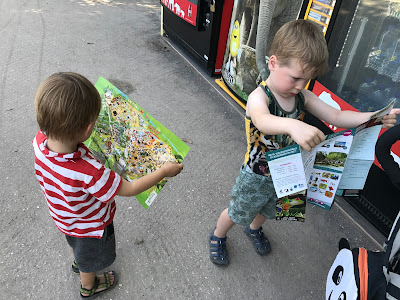 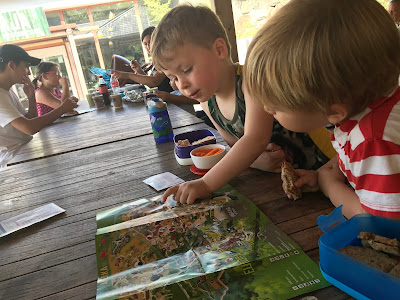 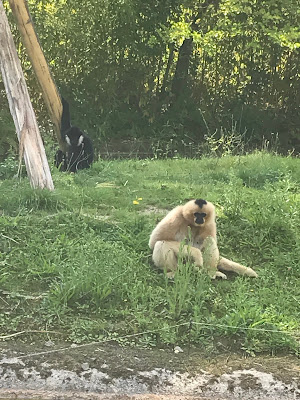 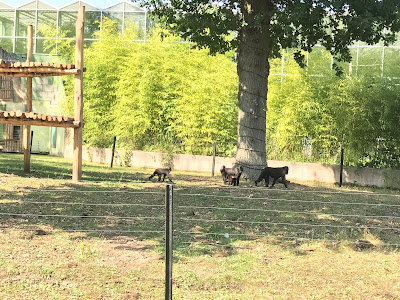 Ice-cream stop!  And lots of drinking to keep hydrated and time to re-apply sunscreen. 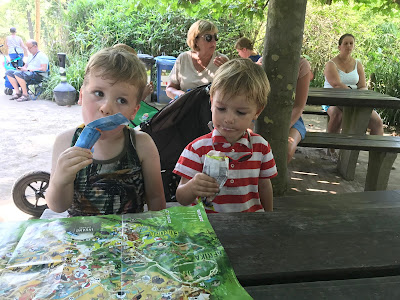 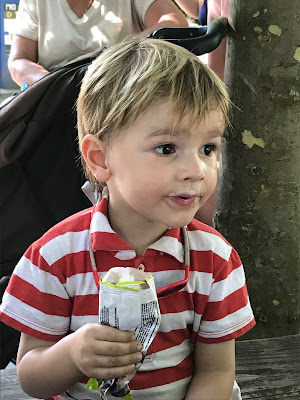 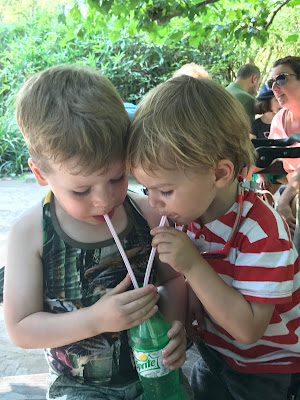 We visited some more animals in another part of the park but after a while the boys got restless. We had another to do on our list: they had to build a bit with Lego as there was a big exposition of Lego animals going on in the park.  I managed to construct an obese flat headed lion...what can I say, there must be variety in nature, also in lego nature. 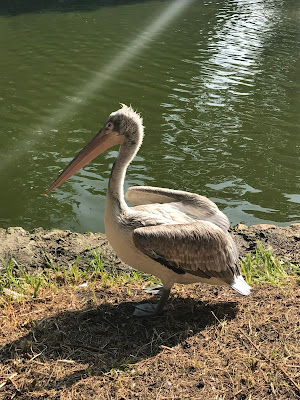 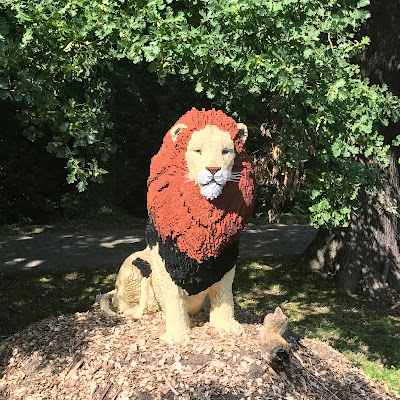 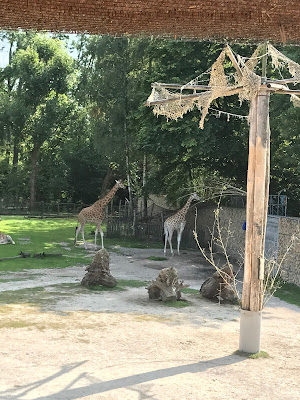 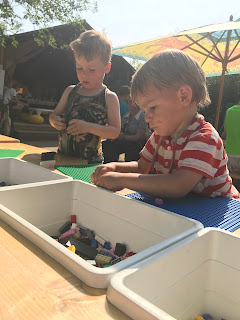 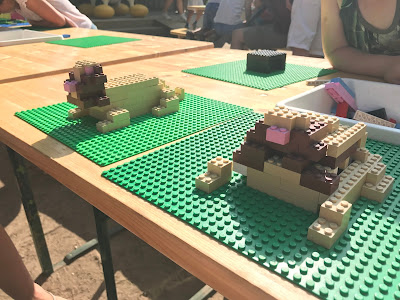 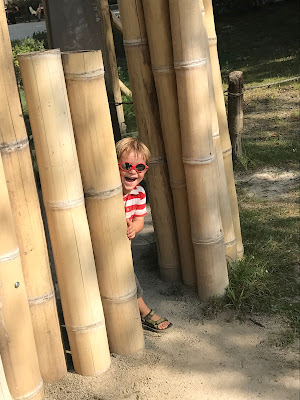 By then it was time to go home, bring Kabouter's friend home and pick up Beertje. It felt like a great vacation day even though I had only been half a day off work.   Who needs more than happy children and a portion of abundant sun??  Can I go back in time 2 weeks?