At the start of the schoolyear I noticed the school would be closed for a teacher's training day on a Monday. Since we are now bound to school vacations for trips, I started to dream of a weekend away.  We dreamed and discussed about returning to Edinburgh and visiting the Christmas market along Princes street and stroll over the Royal Mile etc...

But prices and hotel room availability etc didn't work out so we were browsing all European cities at one point and Jan all of a sudden proposed to go to Disneyland.

"That's not really the type of weekend I had in mind", I replied.

"The children would really love it", I said a little later

"Maybe if we combine it with a visit to Paris so it's not only about Disney", I said a little later again.


And so we planned it. A compromise.  But we should learn that early December does not seem to be a good time to visit Paris. After last year's riots, we now had to deal with major strikes and demonstrations.  Ugh.  Come on Paris, get your act together.  Kabouter wondered if they were mad at us because we wanted to visit the city? There was no public transport to and from the city center , neither were there metro's running in the city.  So it didn't seem an option to go from Disneyland to Paris and back at all.

Fortunately the one Thalys a day that goes to Marne-La-Vallée didn't get cancelled and for Beertje, a ride in his favourite high speed train was already a success for the entire weekend. 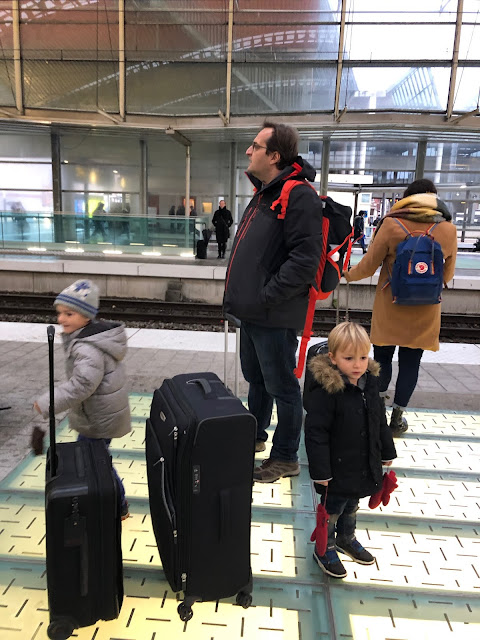 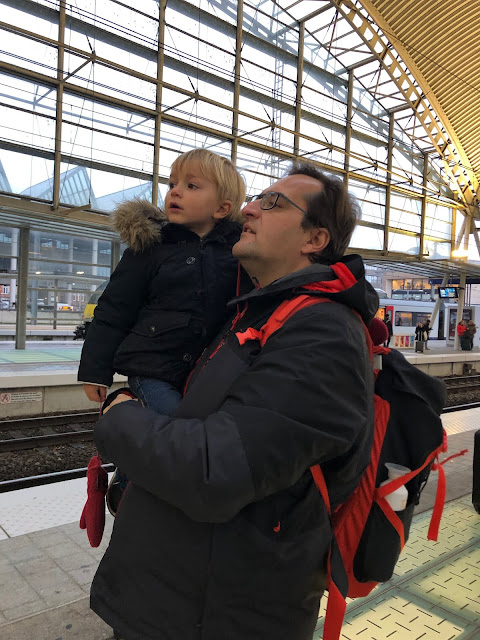 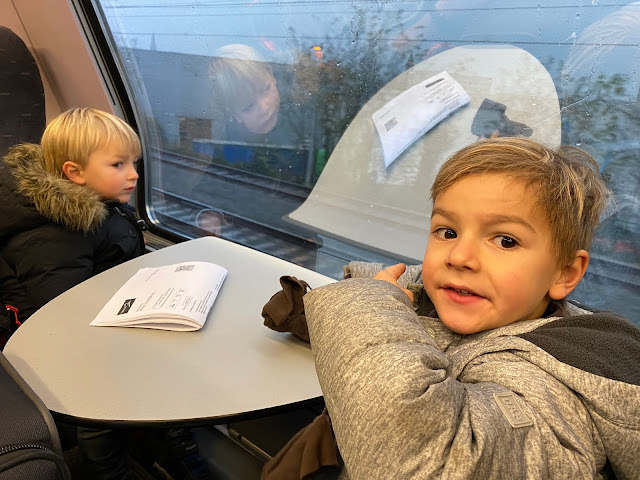 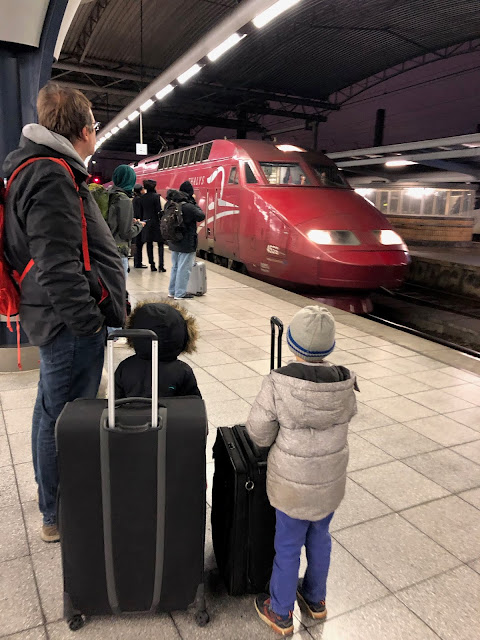 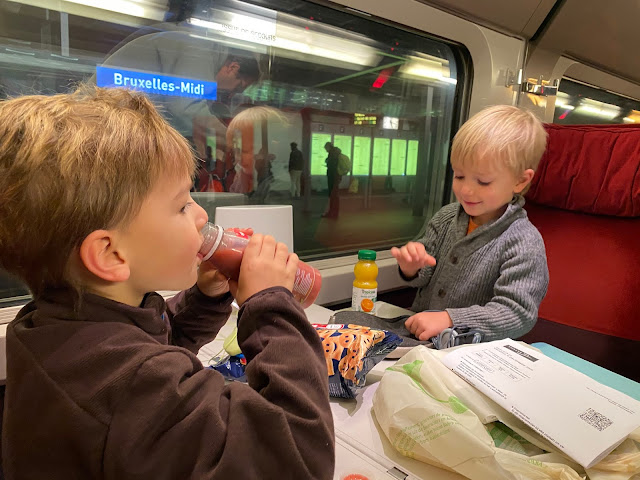 We searched some alternatives to explore in Marne-la-Vallée without car but finally concluded our best option in the given situation was to upgrade our 2-day ticket to a 3-day ticket for Disneyland after all. Not the weekend I had had in mind but you have to take the opportunities you have. After waiting in line for an hour, we succeeded in doing so but I must say my enthusiasm wasn't too great.

The weekend was filled with parades, attractions , meeting friends (Kabouter's best friend in school turned out by coincidence to also have booked 3 days of Disneyland that weekend !!) , waiting in lines and waiting more in lines,  swimming in the hotel when it was raining outside too much,  more rain , ...

It was a good fun long weekend that I enjoyed. But I do not plan to return in the next couple of years at all.  We've done a day of the Magic Kingdom in 2017 and now this and that's fine.


I realised that my enthusiasm for Disney is not very elevated not only for the high prices, crowds and long waiting lines. I also realized I actually don't like Micky Mouse and Miney and the traditional characters etc.  I didn't grow up with those cartoons and those voices are so annoying. Seriously, who wants to have the sound on when Mickey Mouse is around??? He drives me nuts.
I've seen Snowhite in the movie theater as a child but I've skipped all the other movies afterwards.  The entire princesses hype makes my teeth grind. I am somewhat relieved to be a mother of boys who are not much into the princesses.  I've only now seen part of The Lion King a year ago (omg, that dad gets killed!! I had no idea!).  If there is anything I enjoy, it's clearly more the Pixar movies than the traditional Disney figures (Nemo, Cars, Toy Story, ...) . Fortunately Pixar is now also part of the parcs, although mostly banned to the Studio's.

But anyway, before you believe I spent the most horrible weekend...as a mom, you are happy when you see your children happy. And Disney does know how to create a magic atmosphere.  It started to snow when "Frozen" passed in the parade. Wow! Seriously wow.  So yeah it's great (thank goodness, because it's costly) but now I've been there and done that. 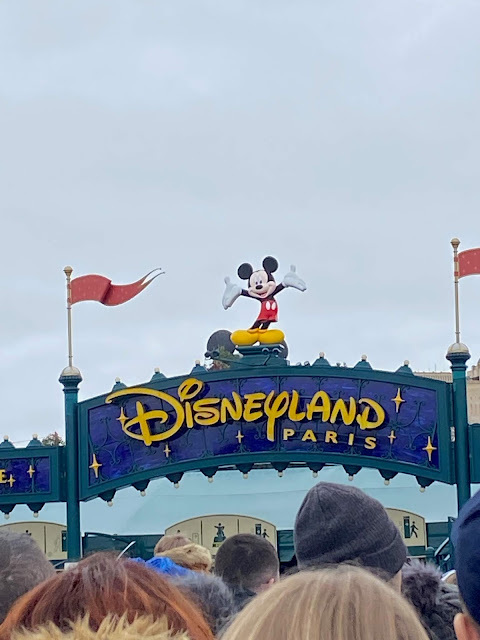 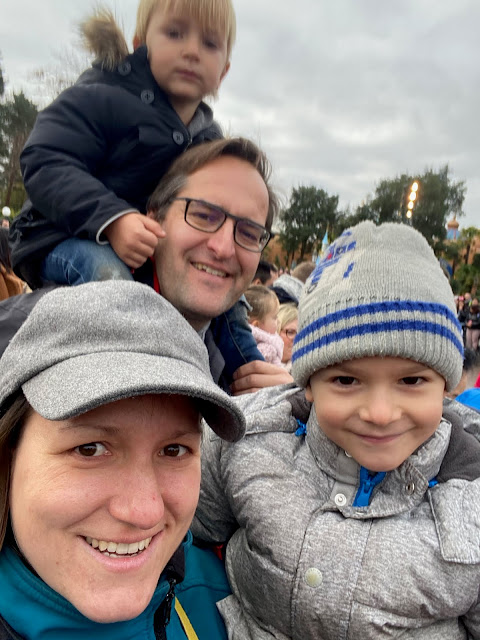 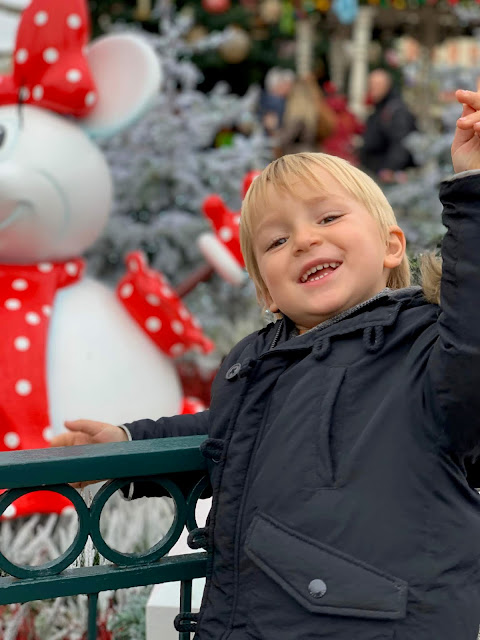 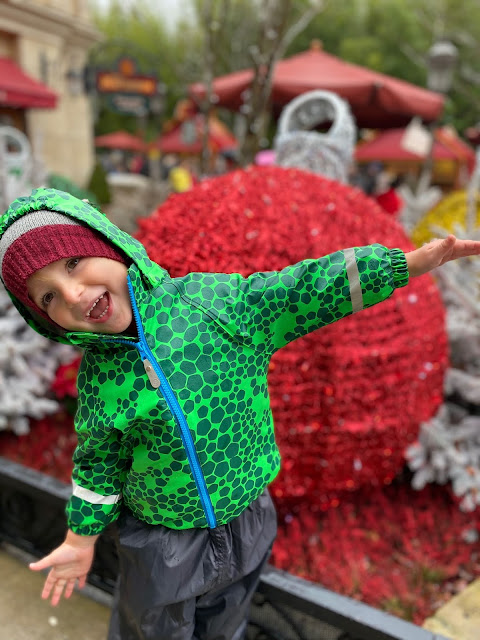 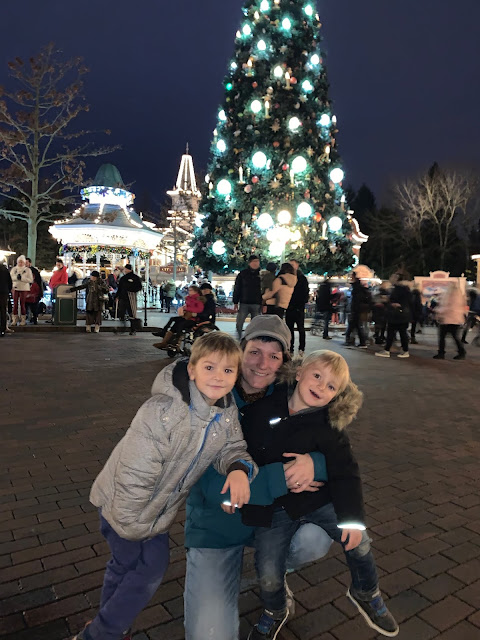 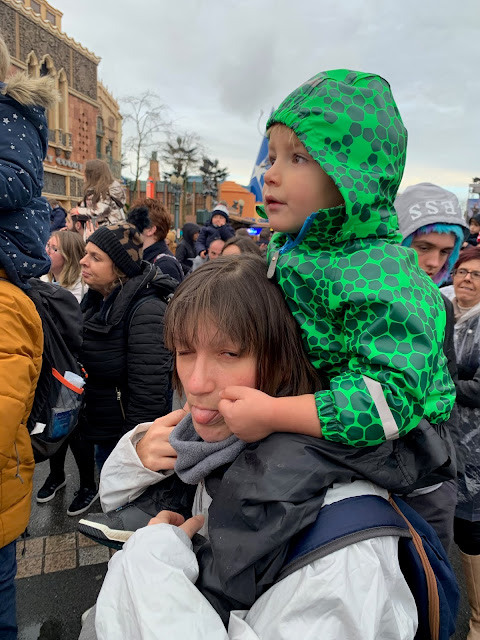 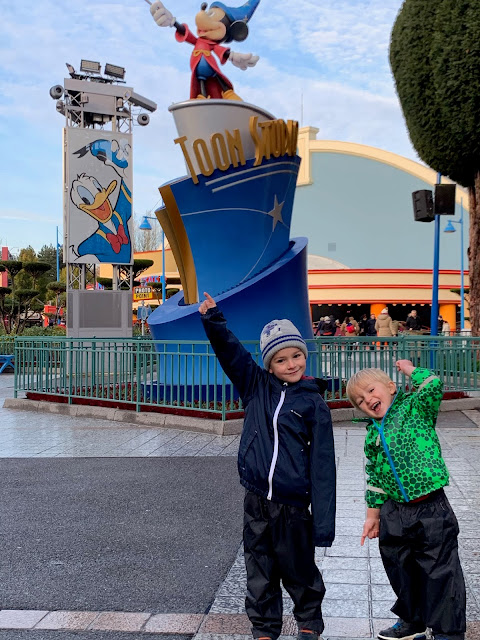 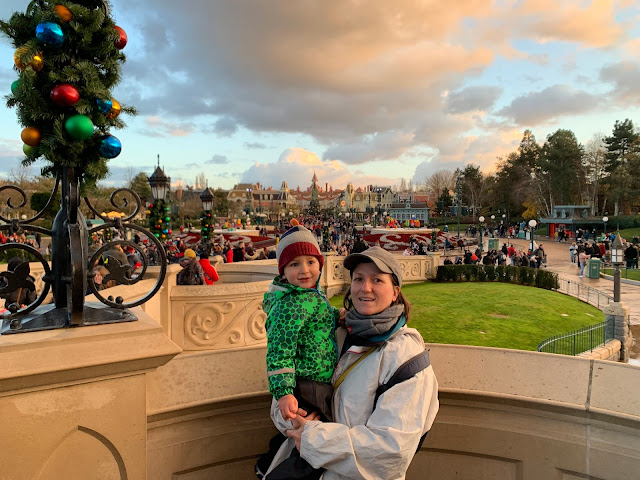 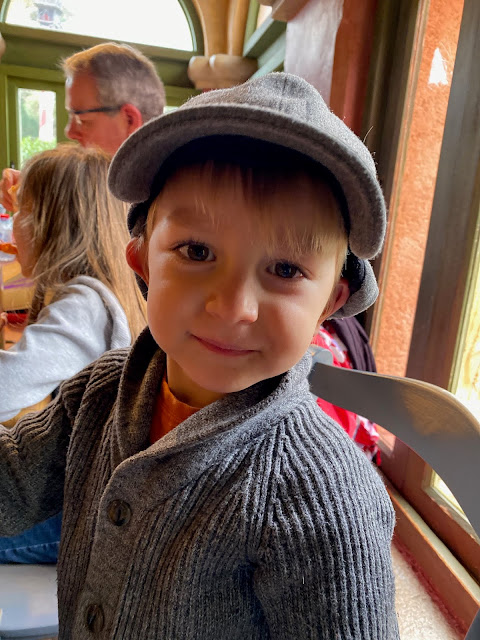 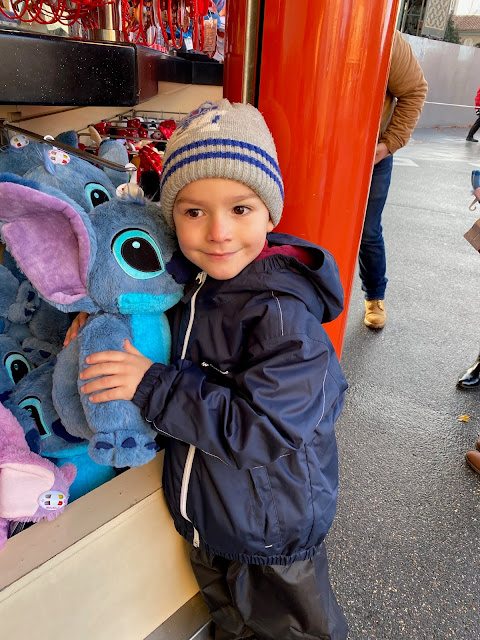 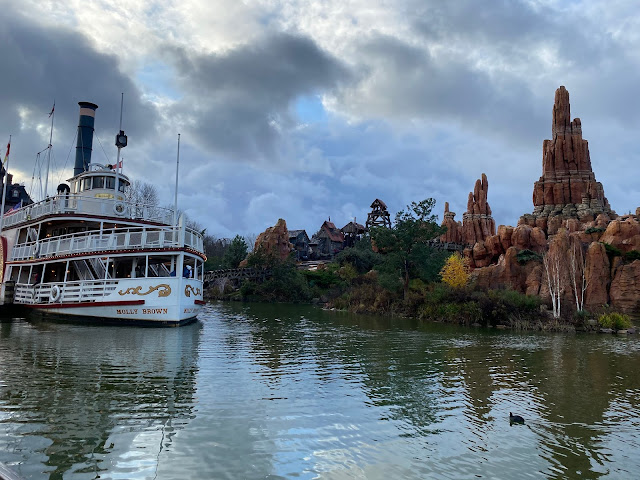 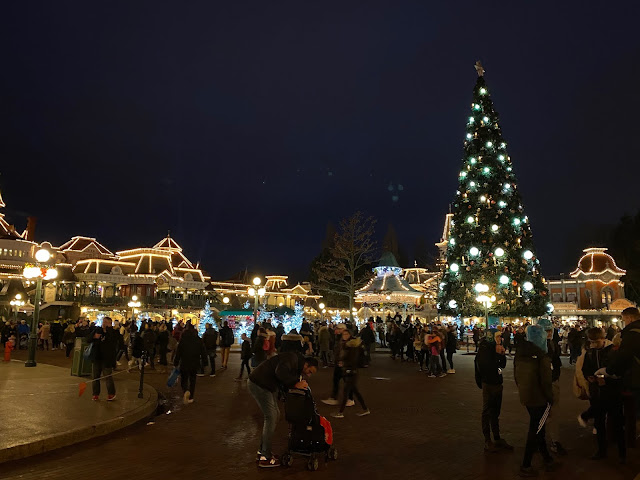 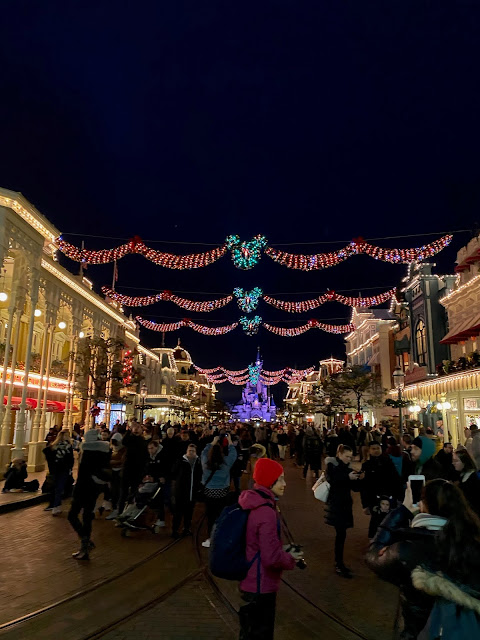 Anne said…
So yeah it's great (thank goodness, because it's costly)