They were a bit reluctant to go to school for the last day as they didn't want the school year to end. I figure that after 2 - 3 months at home the need to be out of school isn't really there, on the contrary.
But they wanted to dress up with a shirt for the last day with their beloved teachers and could spare me some funny grimaces before they went.
It was strange to pick them up, masked up in the chaos at the school gate where we have not been allowed to enter since March 13.   Just a quick wave and thumbs up to the teachers from a distance in the chaos (other parents had given the collected class gifts already), no little reception or so...it felt like something was missing.  But we have much more active digital links with the teachers now so we'll send them another digital thank you.

And now it's vacation (for them).  Home without homeschooling, preteaching etc...but with confirmed camps etc.
The last morning in the first year of kindergarden and first year of elementary school 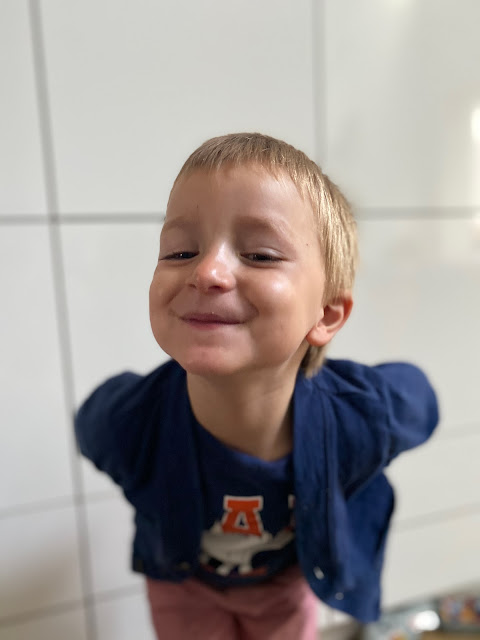 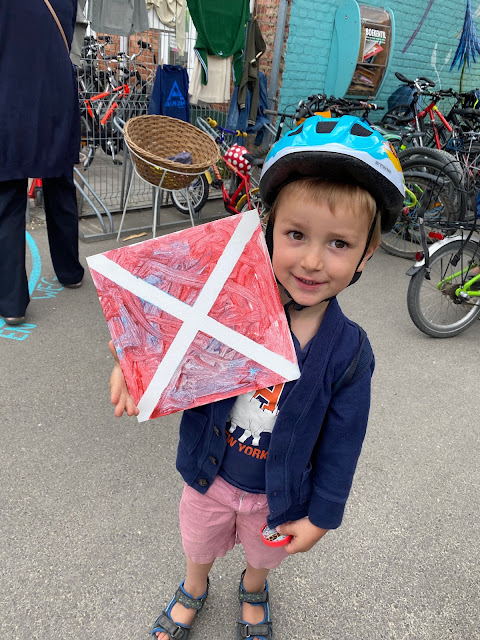 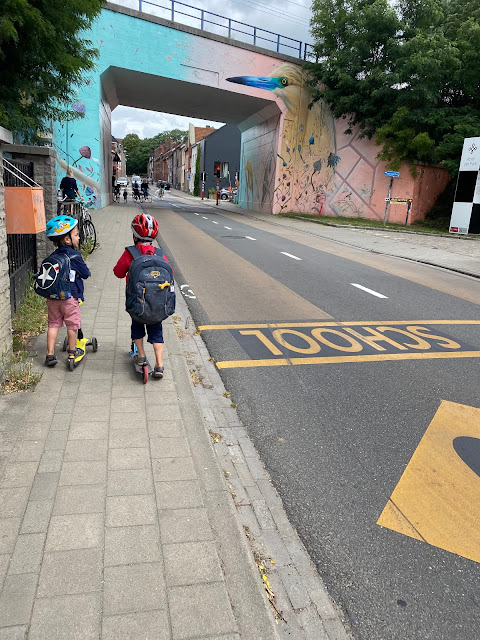 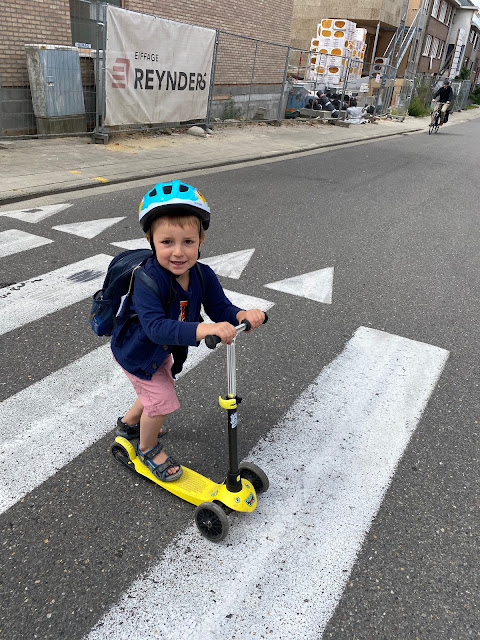 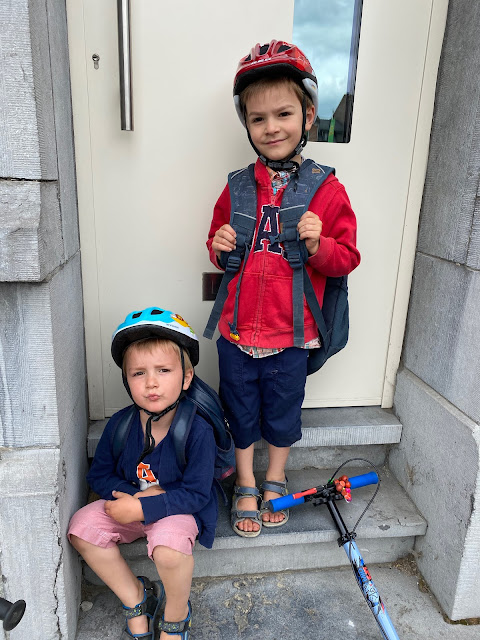 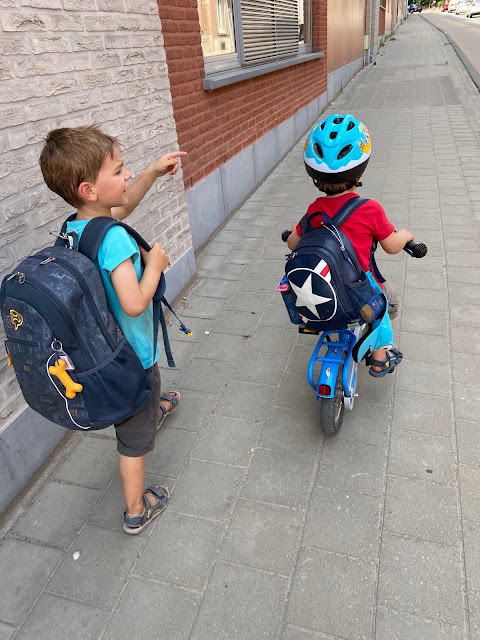 This is how the year started: https://goofballsworld.blogspot.com/2019/09/return-to-school.html
Email Post
Labels: Beertje Kabouter