A working day in the office in a plog

A plog is a diary post based on pictures taken throughout the day.  I'll take you through my day today.


Snow?!
There was a tiny bit of snow this morning on the cars much to my surprise.   A little later thick flakes were falling down from the sky. As a result, Kabouter got to wear his snow boots again and he was really concerned that his brother was wearing his regular shoes. When he heard that the children in the daycare weren't going to play outside today, he was genuinely sad for his brother. 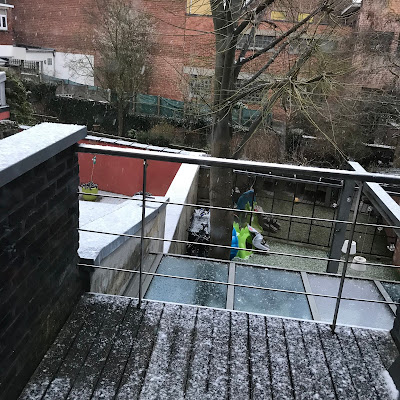 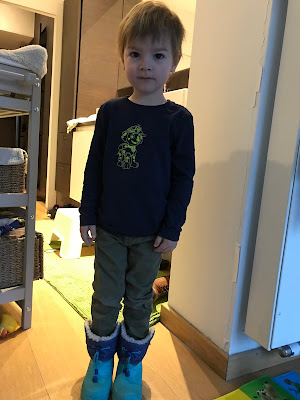 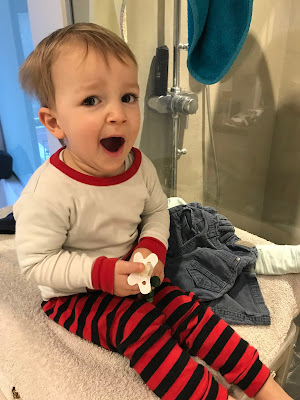 While I clear the table and take some vegetables to make a salade this lunch, Beertje ensures he takes out sufficiently toys out of the cupboards again and spreads them out over the floor again so that any burglar would break his neck during our absence.

To work
Jan walked Kabouter to school as usually when he's home and I drove Beertje to daycare, where he had to show me his crafted butterfly on the window once again. 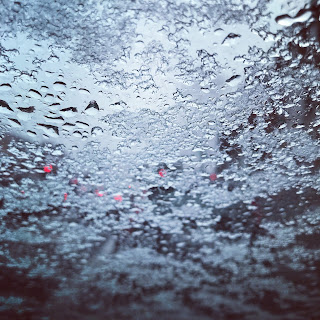 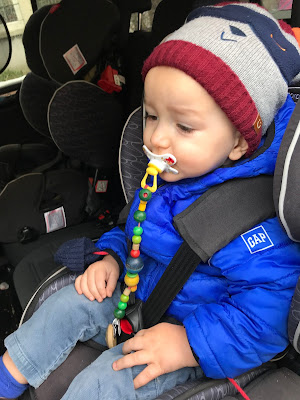 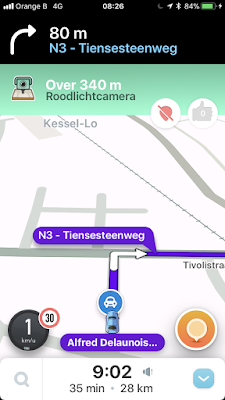 At work
As usual, I enter the office via the terrace and the kitchen...straight to the coffee machine after which I go upstairs to my spot with my coffee. It was quiet in our room since most of my colleagues were participating in a sport session that had been organised in the morning. 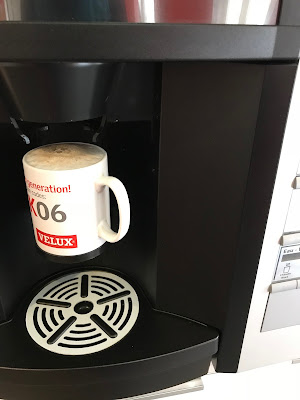 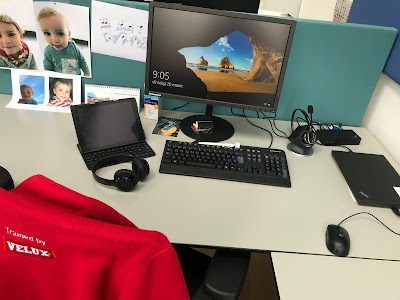 After analyzing some reports and 2 meetings, I rushed to the nearby supermarket at lunch time where I try to break my record in speed shopping each time. Unfortunately I took the decision to take a cart, rather than rushing down the stairs as always and obviously one of the elevators was broken down.  I quickly deposited the old lamps from our hallway, that had been laying around in our house for months but which I finally had taken along for a recupel deposit point.

My usual efficiency in the store was slowed down because I had to search for some candy bottles which I couldn't find and for which I had to consult the personnel. I had promised these to some colleagues who had volunteered to review some work for one of my projects.  40 minutes later I was back in the office with the candy, my groceries and a ready to eat salad. It was later than intended so I decided to eat my quickly bought falafel salad and keep the ingredients I brought from home in the office fridges for a next lunch, in order to be in time for my next meeting. 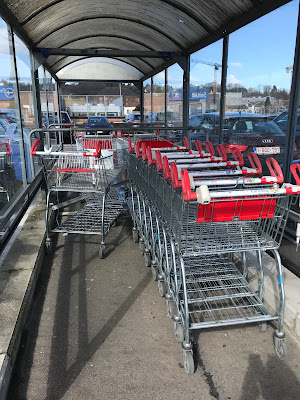 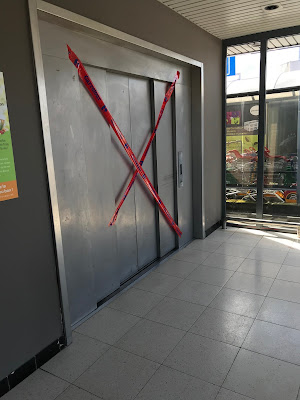 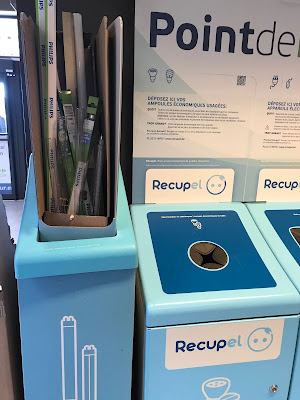 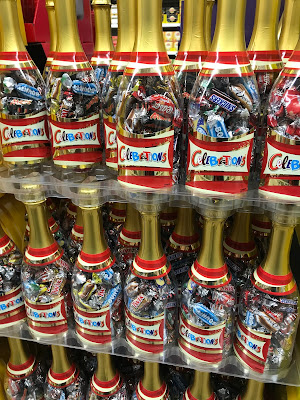 More work
At 3 PM we celebrated in the office all those who had /have a birthday in March in our monthly brief celebration moment in the kitchen.  This month the team had prepared candy sticks for us. 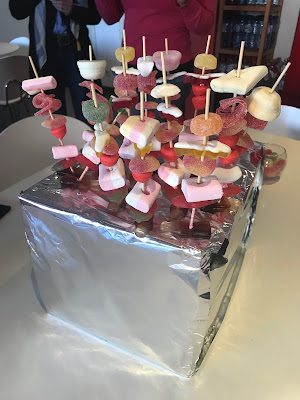 Around 6, I drove back home. These weeks I arrive at home, right at a beautiful sunset. 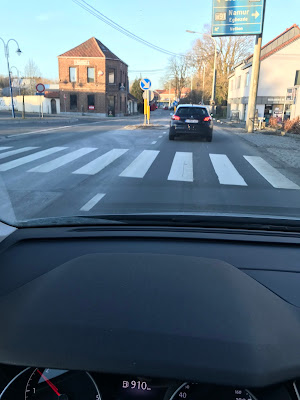 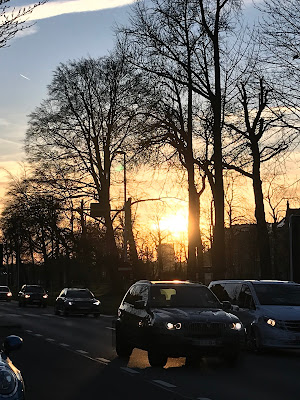 We quickly had to prepare dinner and eat together after which it was rather quickly bedtime for the children. They watch a little Uki movie together, after which it's time for a book, some drinking and hugging and lights outs. 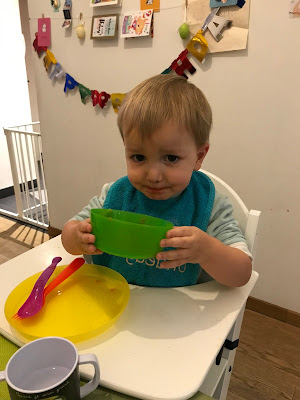 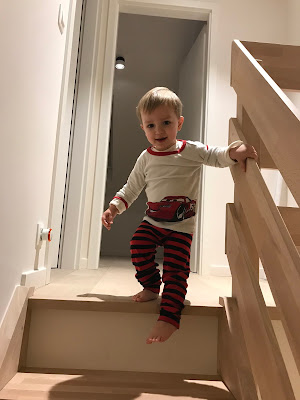 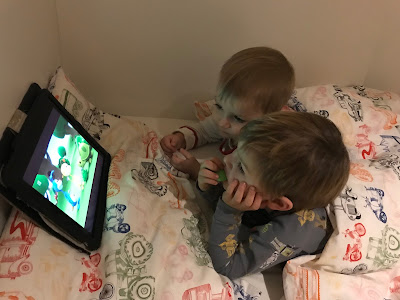 We clean-up a bit more and finally I can sit together. While I watch "Thuis" in a postponed mode, I book my train tickets to go to meetings in Paris tomorrow. And then I can blog a bit while I watch some more tv. 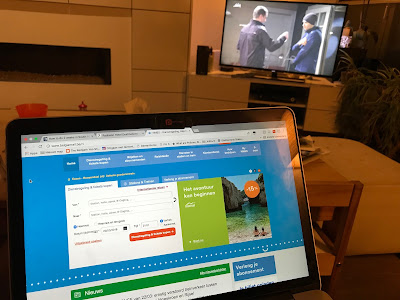