Today my car passed its first 50000 km . I drove that in about a year only! Not bad huh. Not bad to drive that much in a tiny country as Belgium.

While going home I wondered how much time I had already spent in that car. that must be a lot! At this moment my average speed is pointed at 55km but I know it was resently reset and in the last week I spent an incredible amount in traffic jams (grrrrr) and when I come from Leuven to work I have to take a normal road and whereas coming from Ghent I almost only drive on the highways.
So assuming that usually my average speed is about 75km, then I've spent 666 hours in that car or almost a month! Wow... I am stunned by that. Isn't that a shocking tought. I knew it was a lot, but 28 days?????????? Holy cow, how about that.

So what do you do in the car besides driving? Listening to the radio. I always have music on and it is rarely ever a CD. I actually only listen to the radio when I am in the car : once at home there are CD's playing or more frequently the TV is on. And I admit...I am an active singer in the car. Regardless whether I know the tune or whether I know the words, I manage to sing along. Loud! With mimic if necessary.

I am also a "zapper" champion. I don't think I leave the radio for more than 15 minutes on the same radio channel. Partly because at xh and xh30 there is traffic info at Q-music or 4FM and at xh15 or xh45 at Donna, StuBru or the other national radio channels. But other than that, I can't stand that they talk too long on the radio (radio's are for music!, I read online newspapers to get the news), when the music sucks, ... Sometimes I am so bad that I keep on switching channels for 5 minutes or more until there is one song that I like on any channel. A good song to sing along loud!!

When I am waiting for traffic lights, it's my moment to get some make -up. I carry my mascara and pensil and lipstick in my purse. So when there are a couple of slow traffic lights coming up, I dig them up and get ready to put them on. I don't care that other people see me doing so. I only am ashamed when I am behind a colleague that I know. It just looks to funny when you observe someone via the back mirror behind you. But if I don't know the person in front of me, then I can go ahead. Without traffic jams of traffic lights, I usually arrive without make-up at work. So you can see in my face how traffic was!!!

If it really does not move at all, I start reading a book. i'll never leave for work without my book that I am reading at that moment. This week I managed to read 40 pages! It has not been a smooth week in traffic!

I also like to check out the different nationalities on the road; Especially on the E17 or E313 there are so many Polish, Tsjech, Lituanian , Austrian, Spanish trucks etc... Incredible sometimes. I'll see a lot less of them once I move to Leuven since on the local roads, it's only "local" people driving around. So I won't be able to blame cowboy behaviour on the road to foreigners only. I'll definately notice less the Dutch camping car rush that takes place every summer to the South. That is a good thing, trust me!

Since I have a small bladder, I also regularly have to stop at the parkings along the highway and that always give me a sense of vacation mood. Nostalgic flashbacks of our vacation trips to Spain as a child automatically pop-up.

Am I an agressive driver? I don't think so but I sure can be very fed up with other drivers. There are so incredible stupid and dangerous drivers out there. And very annoying ones. Driving back and forth from Ghent to Leuven in the weekend is a certain guarantee: all drivers are on the middle lane. Arrrrggghhhh, I could shoot them. They are dangerous, they slow down the traffic, they are arrogant....;and if you pass them by the left and then go to the most right lane in front of them...... they still don't get it. Gosh, can anyone help me to get rid of them , please????
But also other behavious can piss me off though. Tonight a nice lady persisted in stubbornness when I had to merge in her lane and I was signaling and half in front of her and she made sure she speeded up to stick at the bumper of the car in front of both of us and managed to continue to drive next to me until I really had to break and merge behind her in the narrowing road. Thank you very much , lady in the dark green peugeot 306 , TFA 920 !! Grr.

I didn't see too many accidents, fortunately, ...usually you are stuck in the traffic jams behind them and by the time you arrive at the spot, the road has been cleared already. The most scary time was last spring, when driving home from the platform at the coast: I was on the middle lane passing another car, when all of a sudden, before I had realised what had happened, an incredibly speeding car had passed us....IN THE MIDDLE OF US!! My heart surely skipped a few beats there, only to manage to continue driving straight ahead and seeing some other suicidal stunts the car did before they were out of sight and their incredible speed. The car to the right of me had to go to the sight, those people were so in sight, standing there with their mouth remaining open. For a moment I wondered if I happened to be in the middle of the Gumball race at that moment.

A couple of weeks ago, a truck's tire exploded a bit in front of me. Nothing happened but it is spooky to see though. Fortunately it was a big truck with probably 10 tires in total, so he was still stable and managed to safely go to the side.

I also have had one accident myself. Also last winter at the coast, I was in an incredibly hurry to leave for an appointment with the dermatologist. It was just before our deadline so I was extremely stressed, with thoughts in my mind all over the place, I was late and I was deadly tired. Smart me just made a huge backwards U turn on the parking lot and in a moment of blackout I forgot that there were other cars on the parking lot. A big crack stopped me and there was a car...well let's say unusually close visible in my backwindow. It took me a minute before I realised I actually did drive backwards straight into another car. Great! Smart me huh. The other guy actually had found back his new car all dented in the previous weekend with no sign of the guilty. His car was then in for repair and I dented his replacement car. Oops. He wasn't too happy, although he was very relieved I showed up to sign the necessary papers. Lesson learned: even if you are late...don't rush... accidents and paperwork make you even more late!

Well lets hope that I can drive the next 50000 km as safe and uneventful with fun music to sing along!
Email Post
Labels: Reflections Traffic

Allie said…
Um .... I have to say that I am thankful that I am driving on the other side of the ocean from you. :P

Goofball said…
why??? when standing still in a long row for a traffic light? and reading a book if your car doesn't move during 10 minutes?

don't you ever see people doing make-up when looking in the back mirror in a traffic jam?? or even better: men shaving themselves.

Betsy said…
Oh man do I ever miss StuBru when I'm sitting in traffic!

I was feeling so homesick for Brussels recently that I found StuBru's website and streamed "de Afrekening" here in the kitchen.

Too bad it's not available in my car.... 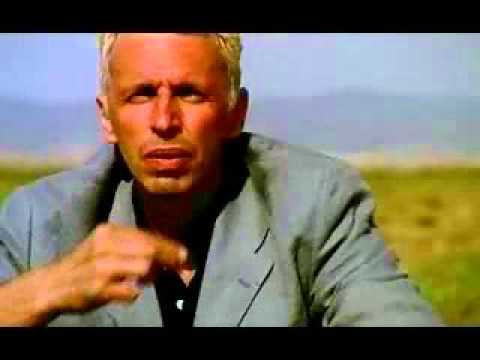 We keep on turning #wedraaiendoor: Praga Khan - Breakfast in Vegas