We just got back from the Gentse Feesten. I could write a long post about the street artists, the food stands, the people dancing I saw....how different it was to spend mainly an afternoon there and go home in the evening (at a moment I arrive in other years)....I could write lots on how fun it was to discover unknown festival locations to me a bit further from the crowded historical center. How great it was that the predicted thunderstorms stayed out until we were back at home in our sofa. I wanted to talk about how good it feels each time to be back in Ghent.

...but I'm too tired now so you'll have to do with pictures. 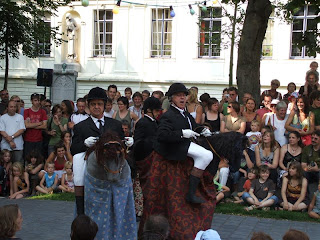 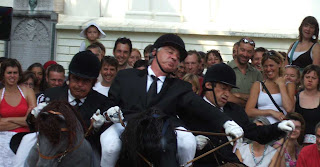 Streattheatre of the Miramiro festival: Les Goulus bringing "The horsemen". Absolutely hilariously satire on French aristocrats training for the Olympics. Their facial expressions were priceless. Zoom in on the picture! Oh you can see them at work here! 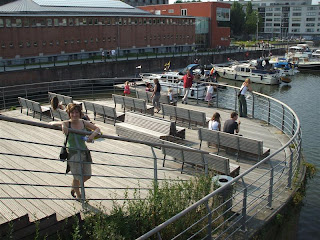 View at the Portus Ganda 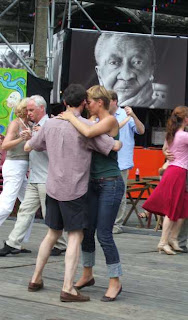 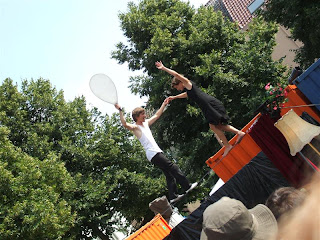 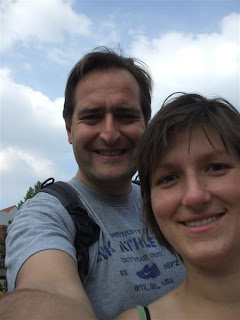 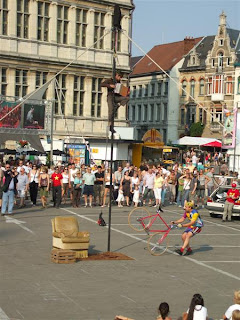 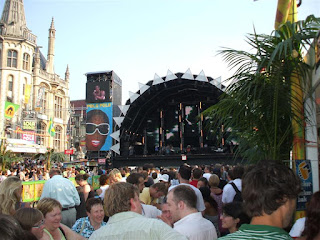 Korie said…
I like Miramiro. We saw one of the performances a few days ago. The faces and costumes and props were creepy but cool. The pics are currently on the memory card that Hans took to Bremen though so it'll have to go up next week.
27/7/08 23:54

Allie said…
Looks like you had a great time!! I love the picture of you and Jan ....