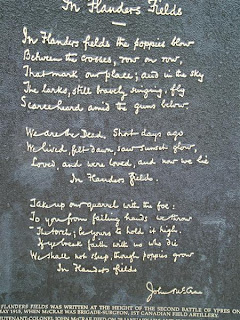 The plan was to visit Flanders Fields and then continue to the Dranouter FolkFestival. But we underestimated a bit the amount of sites that are to visit in and around Ypres witnesses from the Ypres Salient. They've really well developed the "peace and war" tourism there. How sickening is that in a way? But it's so important!

Since we've never visited the museum "In Flanders Fields" in the Cloth Hall, we started there. It tells the story of WW I in and around Ypres from the standpoint of people who experienced the war themselves, the victims. The museum is especially based on interactive audiovisual evocations about the life at the front, the battles, trenches, no-man's land, weapons, medical care, fatigue, rest and entertainment behind the front.
We could also visit the special exposition on the multicultural aspects of the first wold war and showed the impact of the more than 50 cultures present at the front and how they experienced the war they were dragged into from far away (and vice-versa). Quite interesting.

For the rest of the day we walked on the city's ramparts, we visited "renovated" trenches; the Menin gate memorial which contains the names of 54,896 Commonwealth soldiers who died without graves; the bunker at the site where John Mc Crae has written his poem "In Flanders Fields" ; many monuments and too many cimetaries. The absurdness of a war.................So pointless. 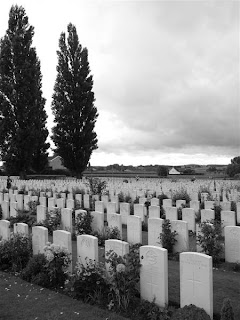 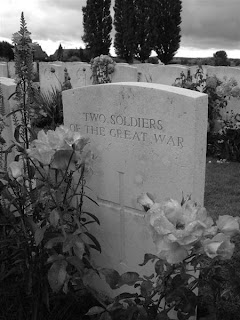 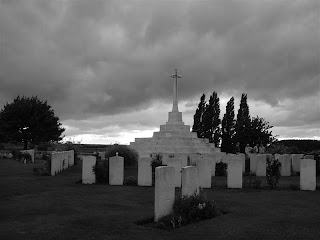 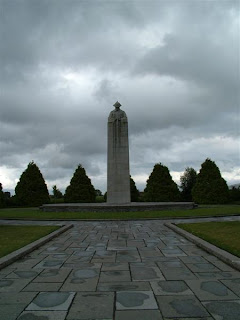 We didn't make it to Dranouter anymore, but I found it a very interesting day. Solemn and grey but good.
Email Post
Labels: Friends Society

anno said…
When friends are visiting, it's not the things you get to see that make the visit, but the time you get to spend together. Sounds like you & your friends had a wonderful visit -- thanks for posting the beautiful pictures!
5/8/08 04:23

Ypres salient said…
Nice post. There were many wars held in the Ypres Salient region which is a famous place in Belgium. The Ypres salient was established by Belgian, French, British as well as Canadian. The area where the battle was held is almost flat with some rises or the small hills. The military grounds in Ypres are of different sizes and a must watch.spring is a best season to visit Ypres.
2/2/10 11:03