New Year in The Hague 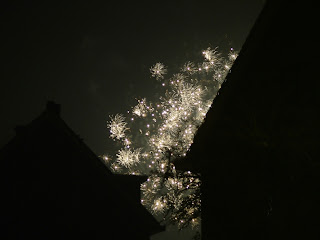 First of all: Happy New Year to you! I don't know each single reader of this blog but I do hope 2009 brings you joy, health and happiness.

We celebrated last year new year's eve in The Hague with friends and that was so good that we drove north again on the 31st. After an enervating long slow drive at a restricted speed of 90 kms through Belgium where the cold freezing weather without any wind caused smog, we arrived in The Hague where the first fireworks were already lighted in the afternoon and were causing a stronger foggy atmosphere. This time we weren't so surprised anymore to hear the explosions sounds all afternoon already. Hahaha while the Belgians drive slowly to prevent the smog from getting worse, the Dutch were lighting fireworks and worsened the "fine dust particles" by 5 due to the many fireworks.

We gathered with a group of 14 Belgians and Dutch around the table and had a very pleasant cosy evening together. The food was excellent and plenty, so was the wine. After the appropriate kisses, bubbles and wishes at midnight, we headed outside to watch the neighbourhood fireworks. 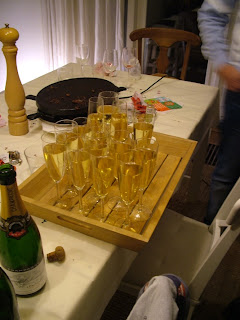 The crisis could be felt as , at least the street we were in, there were considerably less flares shot up in the air. Around the block however there was a lot more activity so we made a little walk.

While walking we saw a flair flying horizontally through the street though...Jan and I ducked down and I felt a knock against my forehead. I couldn't believe I was actually hit by some of the fireworks but didn't feel any pain and the others who asked me if I was hit, didn't see anything right away. So I didn't think too much of it at the moment...too much going on around me. Only afterwards when I saw a burn line on my hat, I realised that I really have been hit by flying fireworks. Yikes man, that's insane, but it doesn't suprise me if you see them lighting up whatever in the middle of the streets without safety precautions. I am so relieved I was wearing my hat! Next time I'll be a lot less at ease at New Year on the Dutch streets! 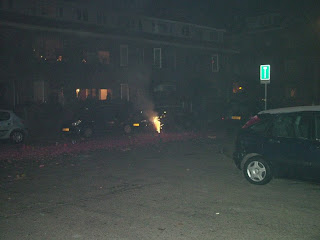 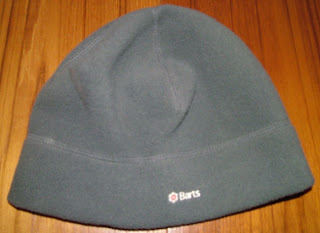 burn mark on the left side (that black line isn't shadow) 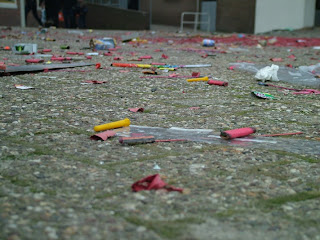 The mess on the streets the day after

Alex Elliot said…
Happy New Year! I'm glad you were okay. Someone threw a fire work at my brother when he was two (I don't think they realized he and my mom were about to walk by) and he was freaked out by them for years.
3/1/09 03:44

Anonymous said…
Who knows where to download XRumer 5.0 Palladium?
Help, please. All recommend this program to effectively advertise on the Internet, this is the best program!
14/11/09 00:21