Some of our friends had too many tickets for the Lokerse Feesten and I try to discover a new festival each year and Jan wanted to see Morrissey so we took the tickets for last Thursday.

In all honesty I didn't know Morrissey at all, ...despite all my music blogging I have huge cultural black spots.  But he sure got himself in the media the week before the concerts with pretty disgusting remarks that Mc Donalds is worse than the drama in Norway.  He had already demanded that the city festival of Lokeren would be meat-free on the day he'd perform.  I wondered what an arrogant ass he was to be so pretentious to push his ideas upon the crowd. Yet I was also curious who was such a big star that he succeeded in doing so and still get so many enthousiastic fans that put up with all his shit ...how good would his music be?


The entire day in the office I was freezing to death in the airco and the pouring rain that started the evening didn't encourage me to drive to Lokeren. Fortunately Jan also didn't feel like eating a hamburger at the very succesful food stands just outside of the festival terrain (ha, eat that Morrissey) so we went  first out for dinner somewhere dry inside and yes, I ensured to take a meat dish.   Because of that, we missed the concert of Balthasar which I regretted nevertheless.


The first group we saw on stage was Gogol Bordello. Yihaaa, crazy gipsy party , a mixture of The Levelers, Manu Chao and Shantel: that was right up my alley! And the rain cleared up so I was happy that I had showed up.

And then Morrissey took the stage. And despite the completely unknown set to me, I did enjoy his voice (even more when he talked, very nice voice & English accent) and the songs that clearly had attention to the music arrangments more than the show element. I could see why he is so popular. During his song '"Meat is murder' a explicit video on our industrial meat industry full of shocking images was shown.  Now that seemed to me a much more convincing & efficient way to communicate his ideas and food for thought for me. I can respect his vegan conviction and if he'd taken a different approach I might have spent with pleasure a vegetarian day as I do know it wouldn't hurt me and the world, on the contrary. But banning meat on a festival just triggers defensive reactions, I belief.

As closing of the night it was time for 2manyDj's. Oh yeah, time for some beats & good mixes. Good closure of fun and mainly dry evening :) 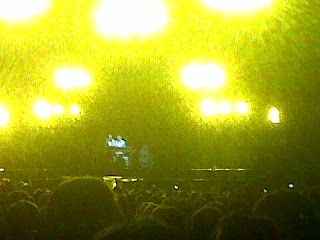 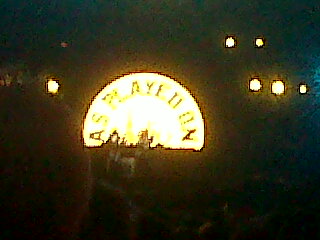 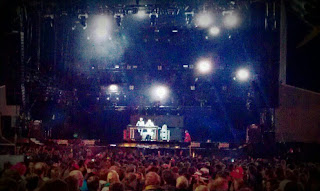 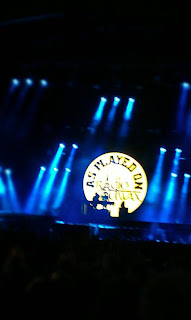 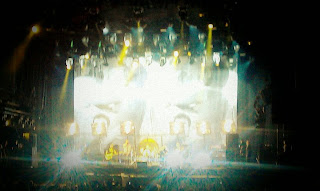 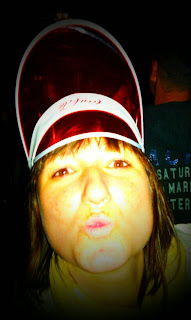 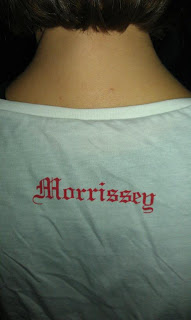