Last Sunday I was getting out the door and just in front of our house was a beautiful cat running around on the street & sidewalk and as I appeard seeking shelter near the nearby doors.  It really didn't seem to belong there...as if any cat would in fact belong on the busy street in front of us. It was so tame I could pet it and as I had this feeling to have seen it before in our back garden, I picked it up and brought it inside where I was left in doubt  :  should I release it in our back garden which connects to many other small walled back gardens in the block...yet didn't have a clear opening to the rest of the world as far as I know immediately    or should I leave it out on the busy road?     I opted for the first option, hoping my memory was correct and that I had seen it before in the back so it could simply run home.

But I had this nagging feeling about my choice and when I got back more than an hour later, it was still sitting in our garden, asking for getting pet.  I tweeted its picture and left a post on a well-known FB page from Leuven.  And soon it was shared ...while my garden guest was first miauwwing for attention and then settled curled up on one of our garden chairs. Surely it didn't live in one of the nearby houses, if not it would simply run home, wouldn't it???   Did that mean I had to put it out on the street again?

But hey, a little later a friend contacted me that a friend of the cat's owner had responded to her share. And so we were quickly in a FB chat: me, my friend, the cat's owner's friend and the cat's owner.  Turned out that our guest lived a few blocks further and that this was not its first escape adventure....yet in the mean time our friend was no longer to be seen in our garden and it didn't show up on my calls.  Argh.


I had to go downtown but in the evening all of a sudden our visitor showed up again.  Very easily I could approach it again, take it inside and fortunately the owner was near FB to get in touch.   Half an hour later she could carry her little escaper home....just before it had peed on our floor as it was desperately trying to dig a little hole in some corner  when she showed up. 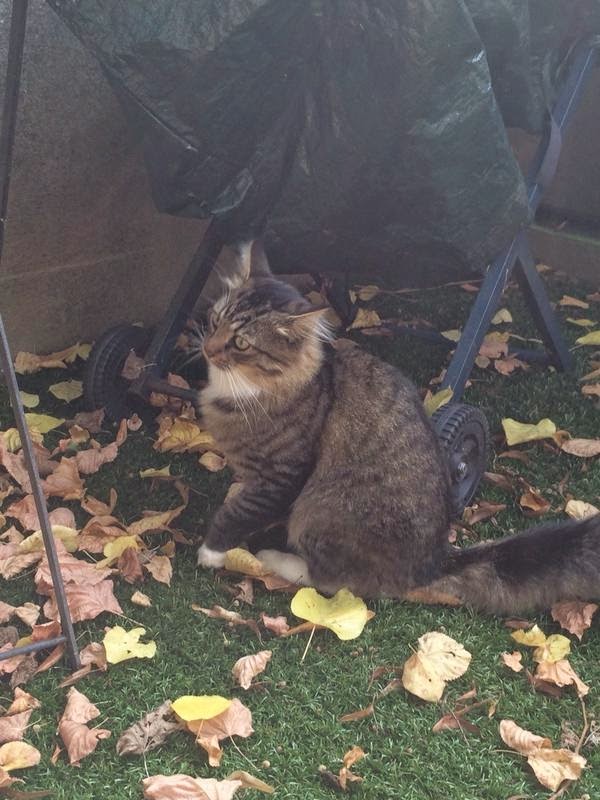 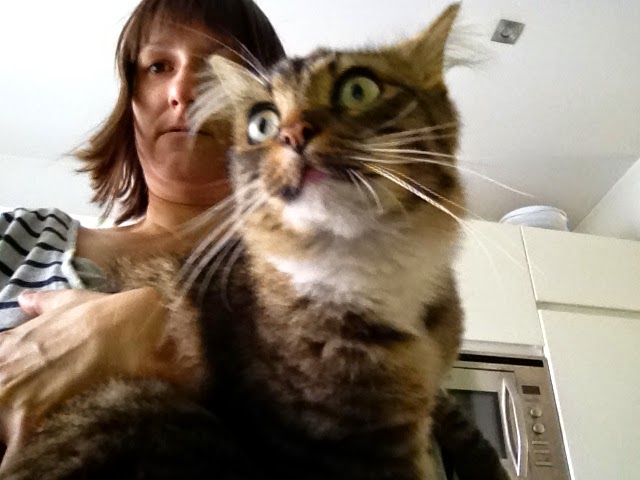