Previous weekend, Jan and I treated ourselves to a weekend away in Amsterdam. For once, we'd both go to the city that we both know well through work, just for fun.  That was a first!

Despite having lived for 2,5 years part of the week in hotels in Amsterdam, I always hang out in the same neighbourhood and when my travelling stopped over a year ago,  I could not exactly call me an expert in Amsterdam.  Even the last time when I joined Jan on one of his business trips, I spent most of the time near my old office, having coffee breaks with former colleagues.  Nevertheless we had already promised ourselves a while ago to spend more time in this city as tourists as there was clearly still so much to enjoy.

But so we both rushed from our work home on Friday evening, meeting quite last minute jointly at the airport where Jan returned from a business trip in order to hop on the train direction north.  We arrived just in time for a glass of wine on the house in our hotel room and then turn off the lights to convince Kabouter that it was bedtime (we didn't need any conviction ourselves after an exhausting work week).

On Saturday we strolled from the Jordaan, following the grachten from West to East , while enjoying the sun, the nice facades, the calm streets, ...  Amsterdam is truly a beautiful city, especially when you can stay away from the crowded tourist Central Station - Dam axis where the mass of tourists block all progress of walking and where there is also a constant smell of hasj joints. Ugh.  But once you step a few streets further, it's all nice. 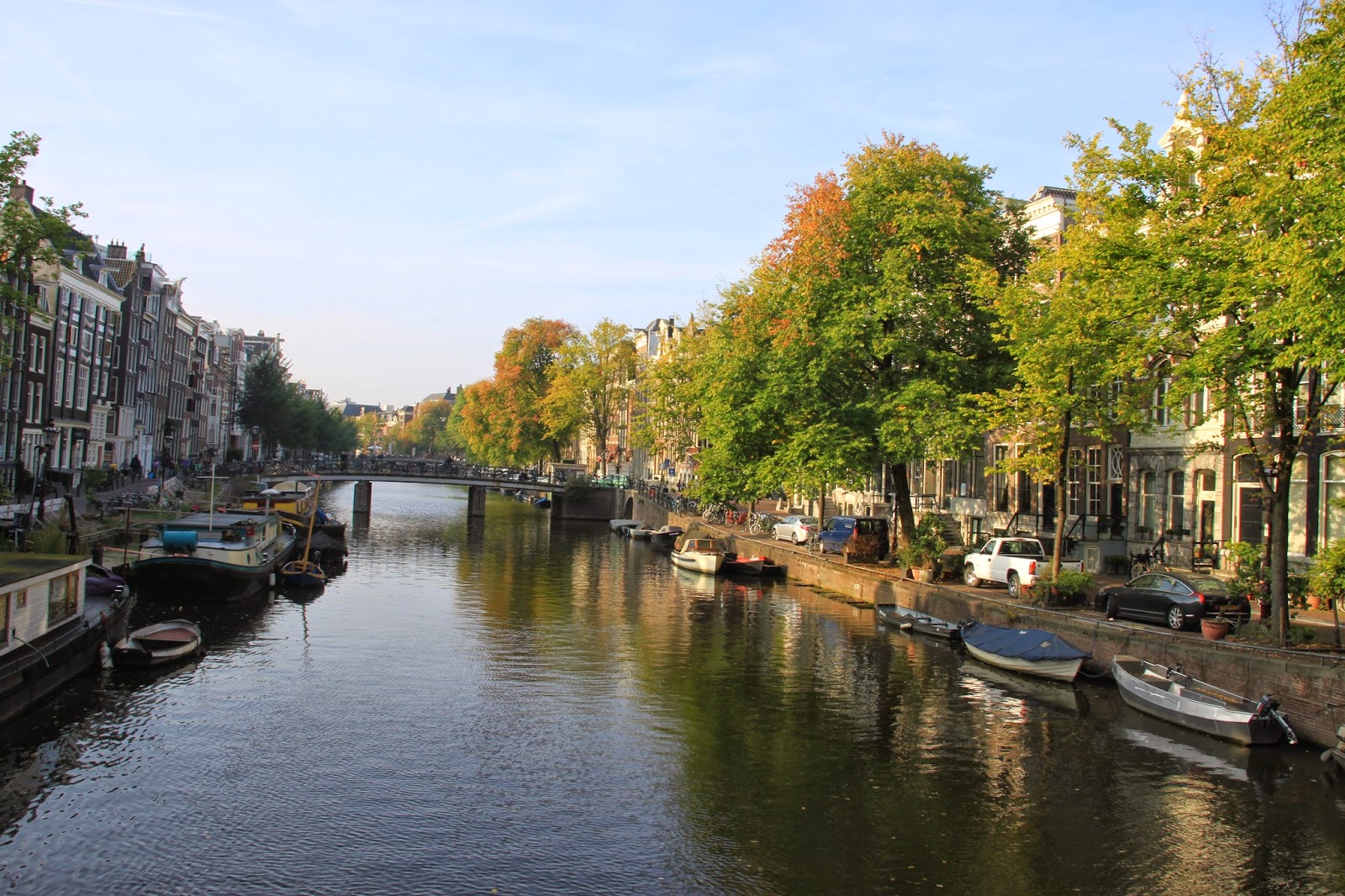 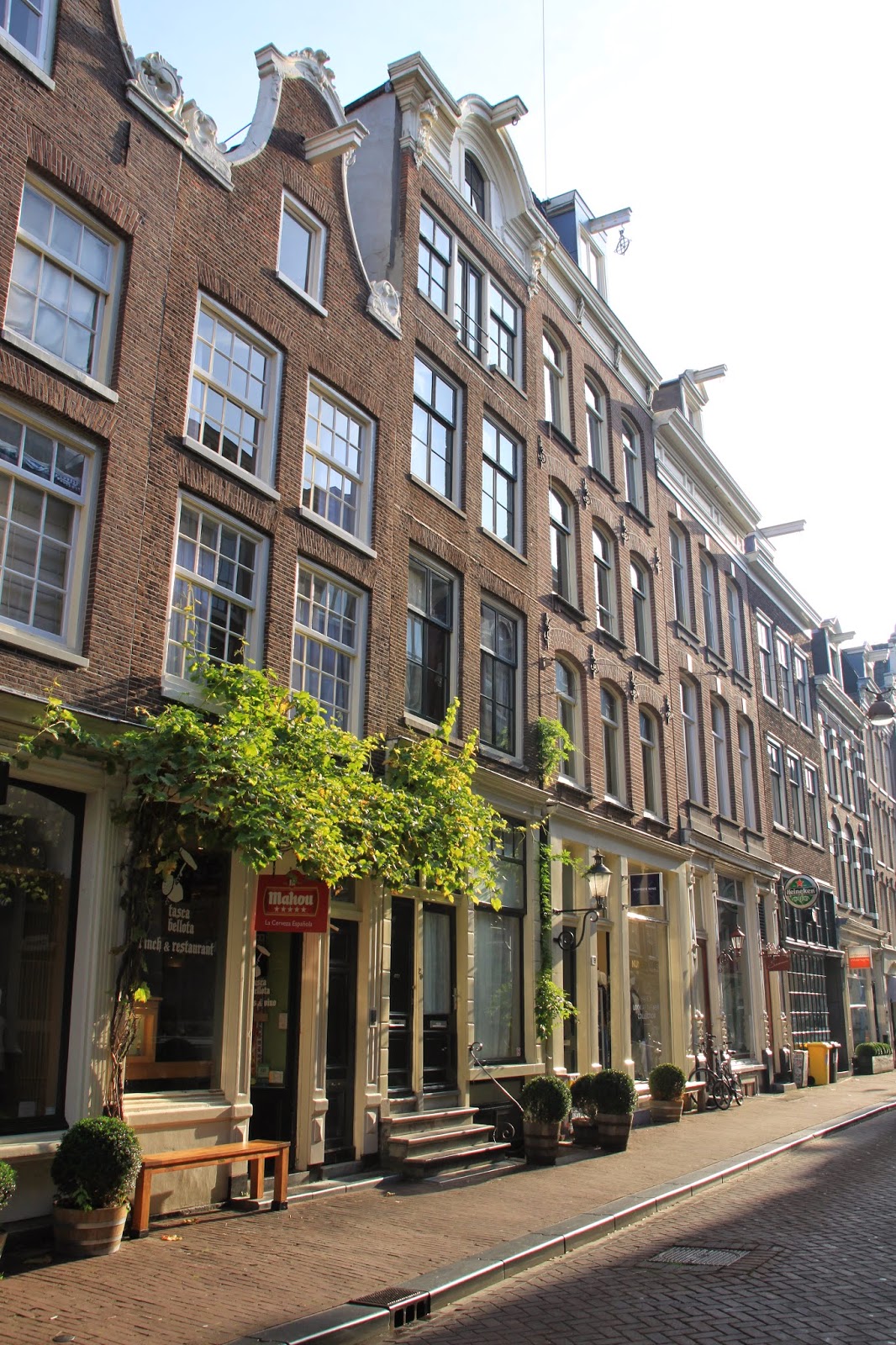 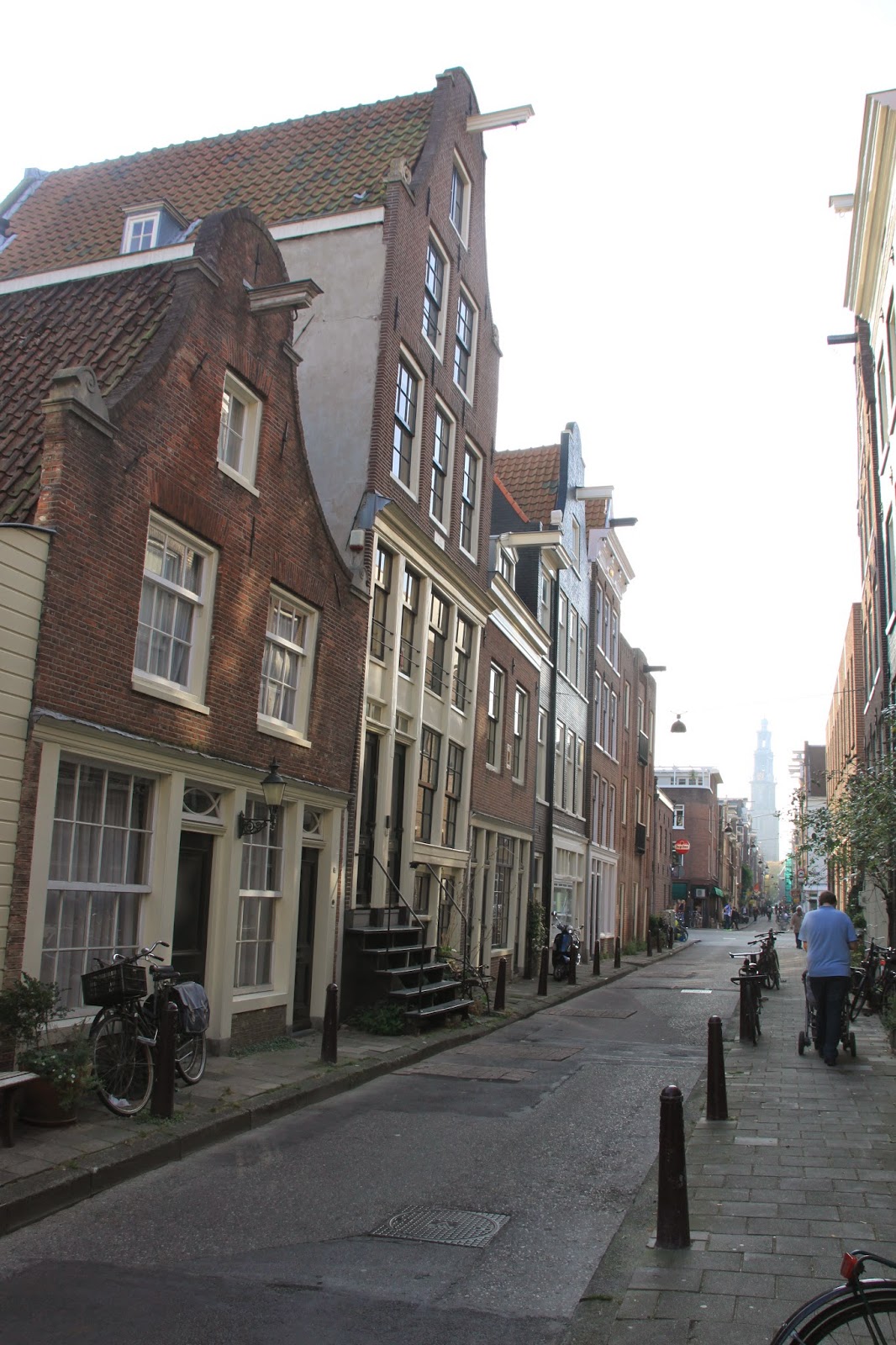 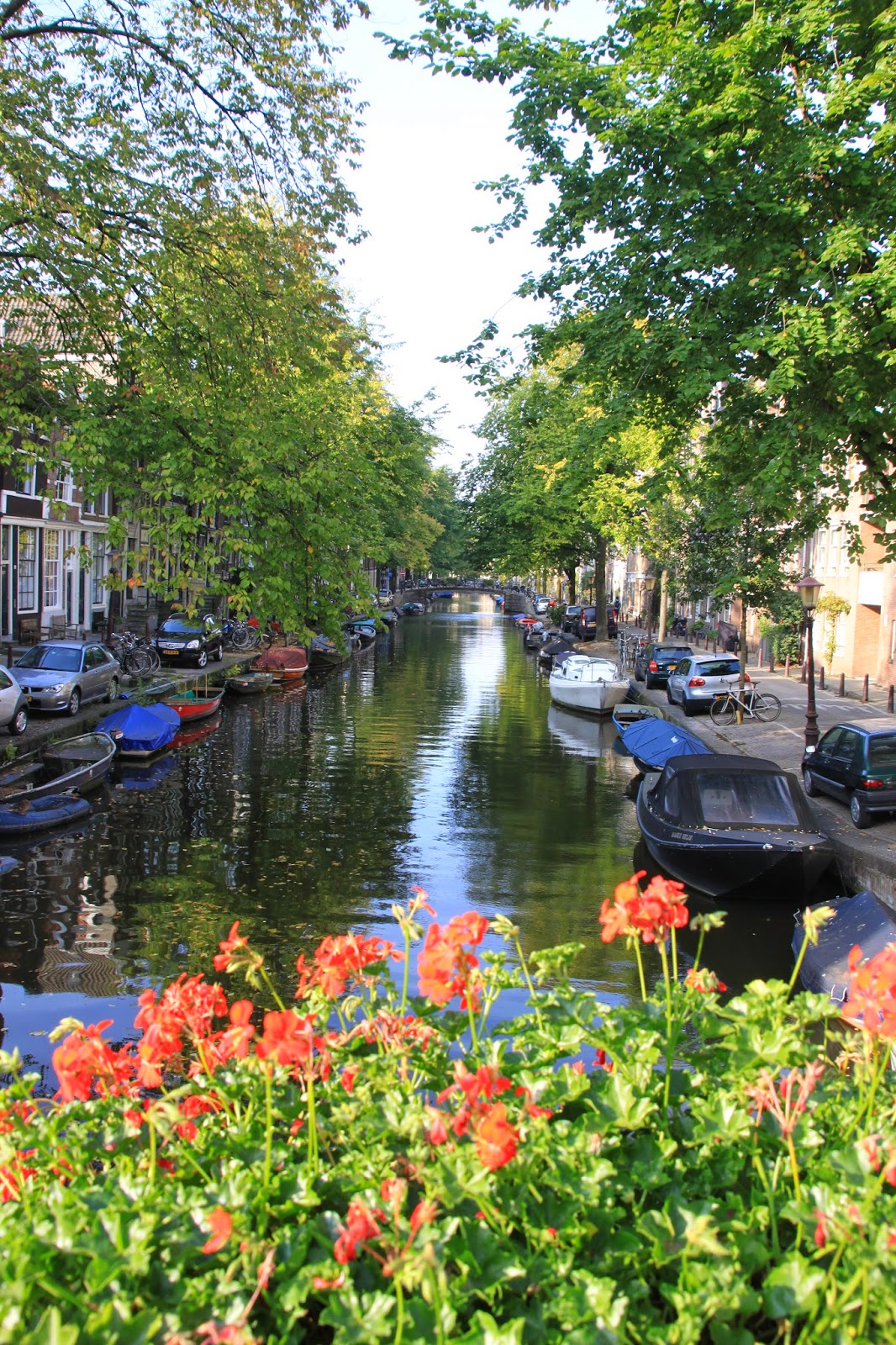 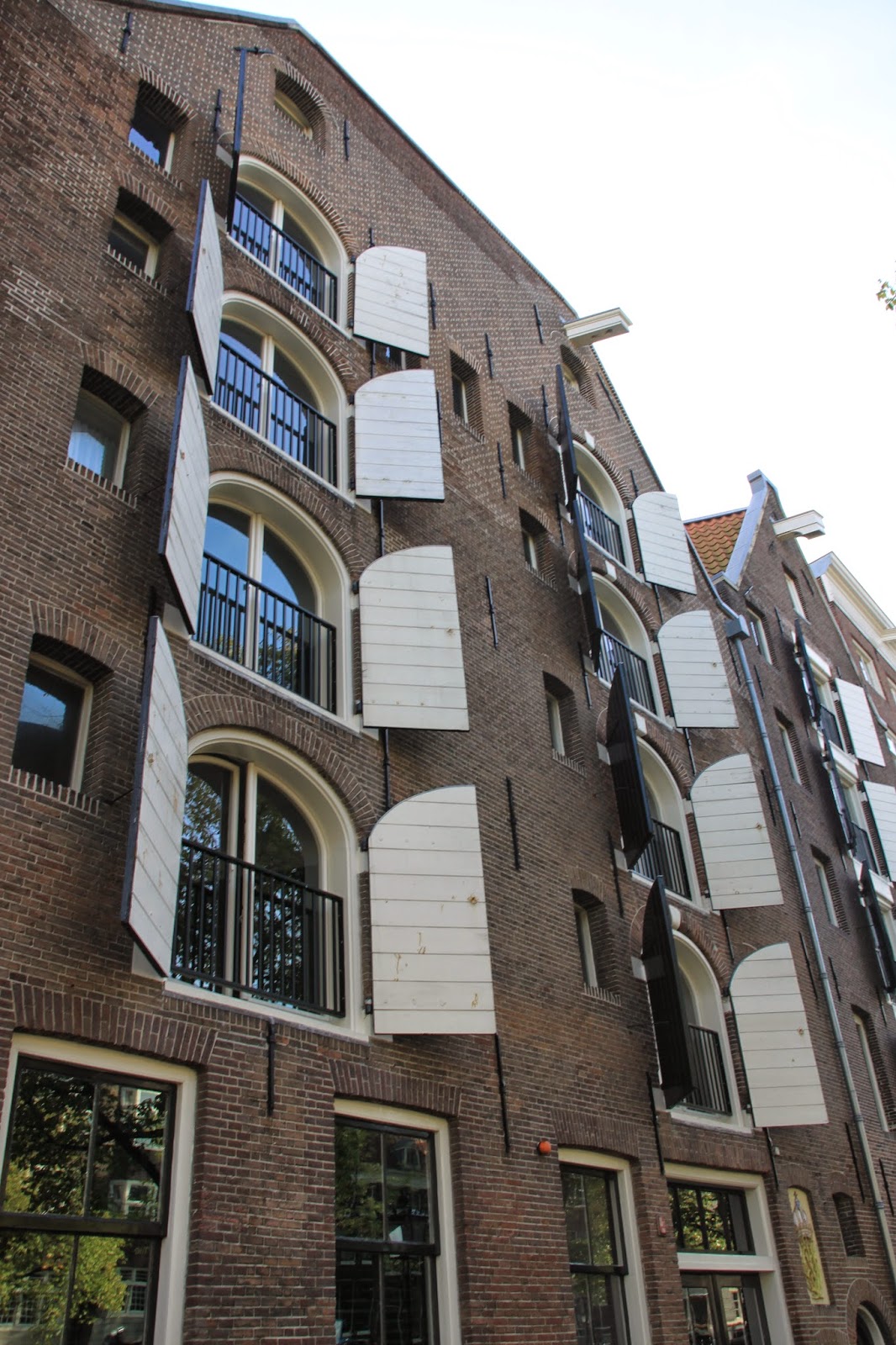 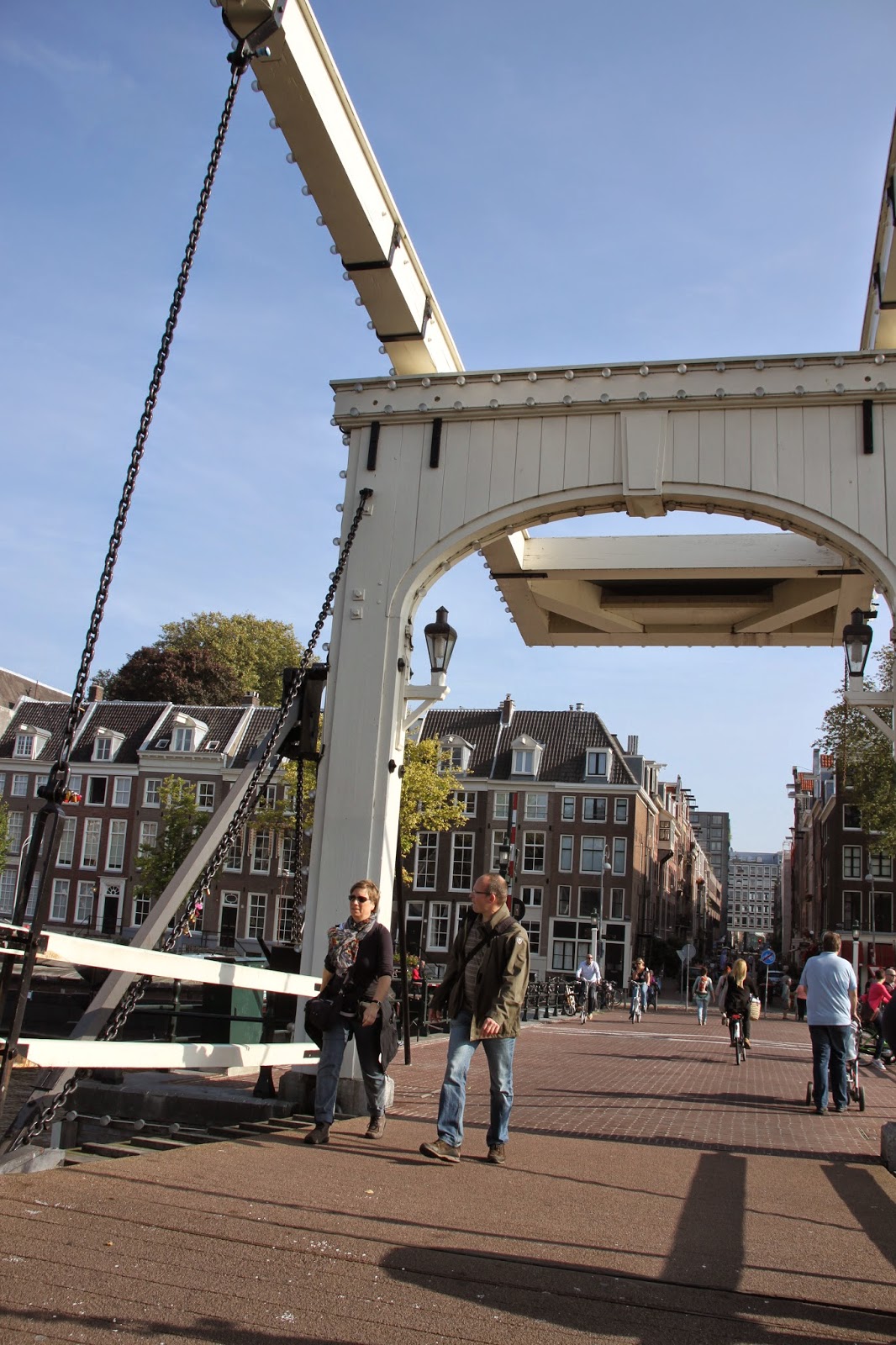 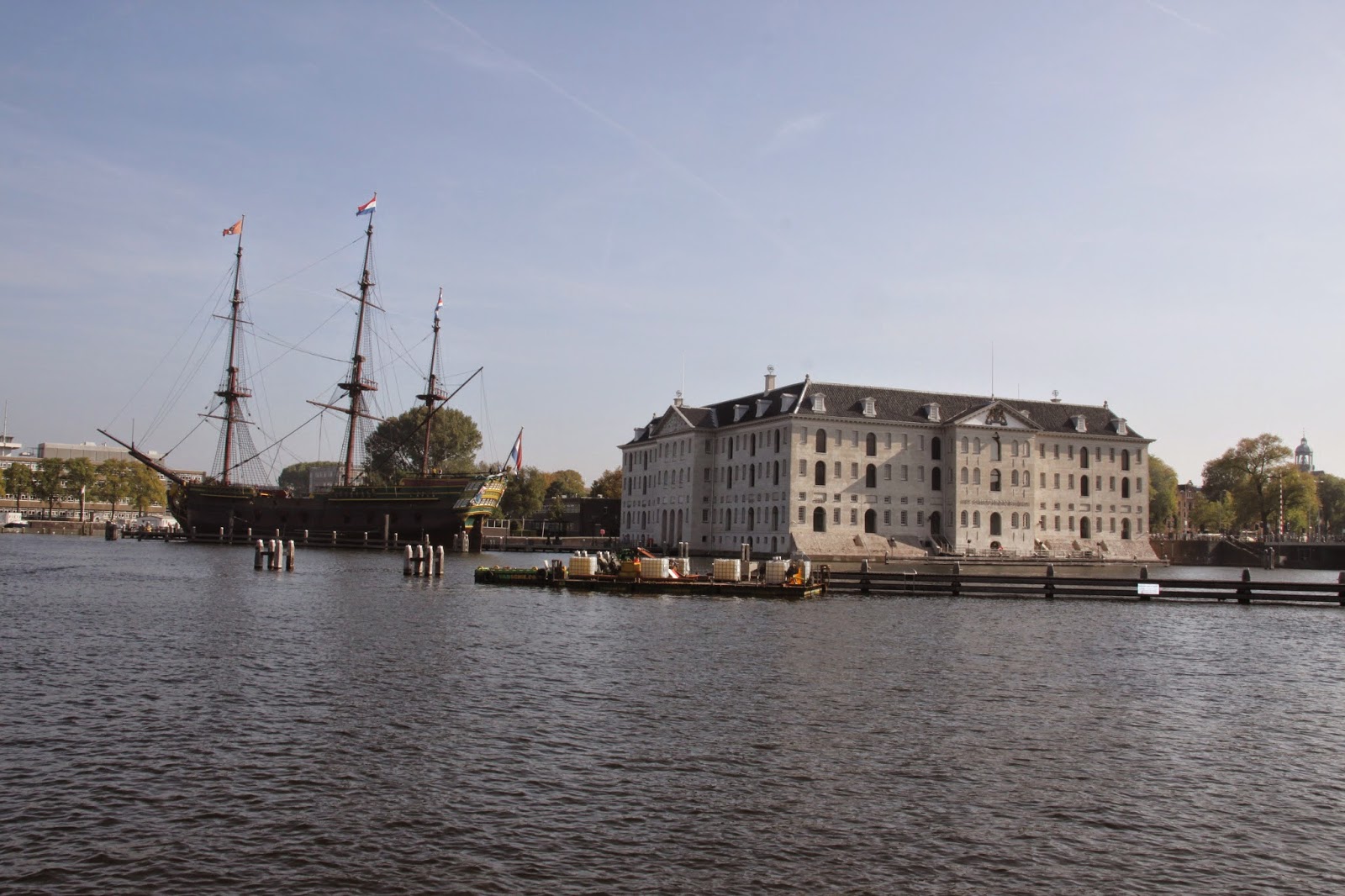 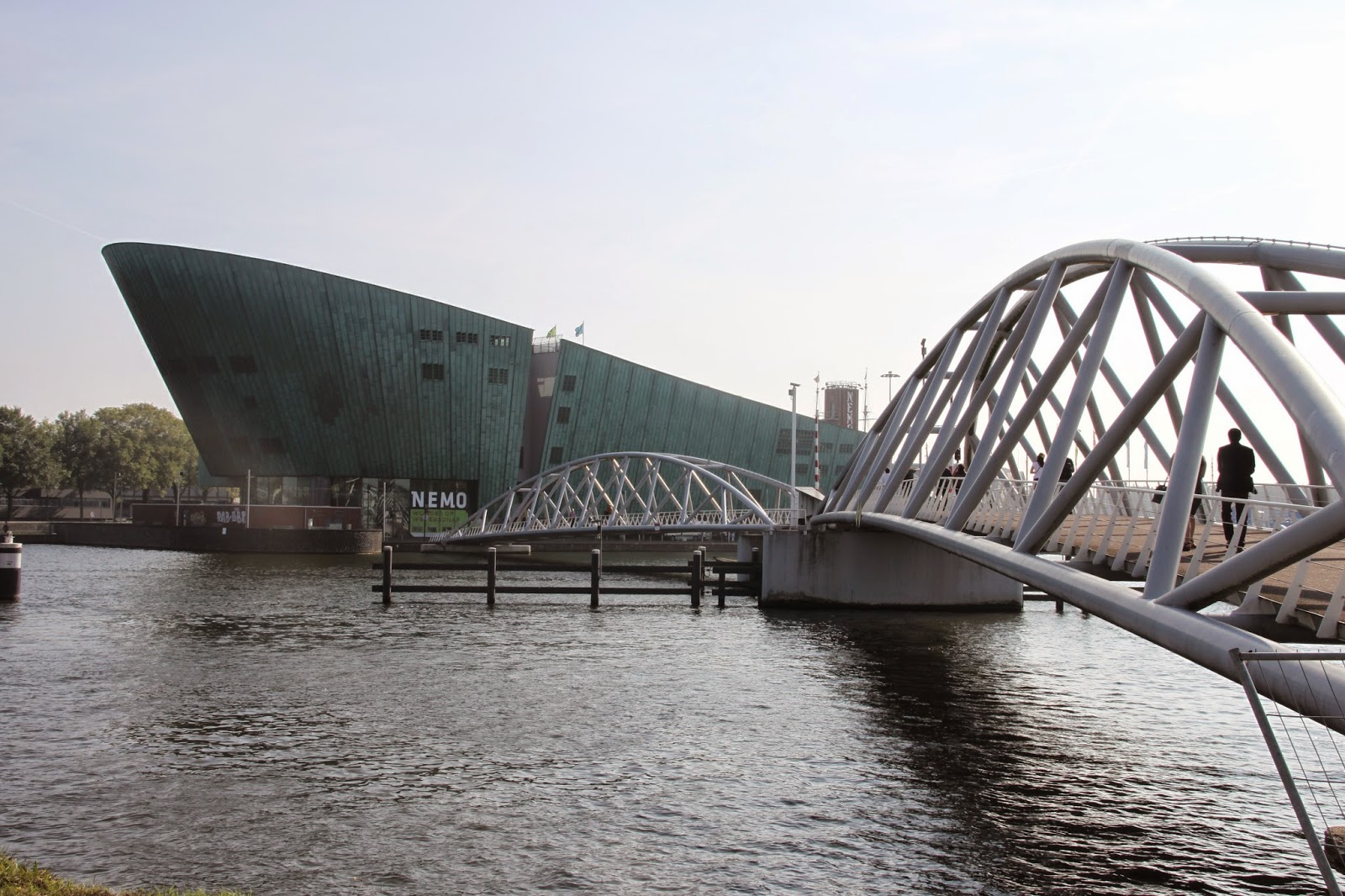 Back near the Central -Station, we took one of the frequent the pedestrian/bike ferries across the IJ and then strolled along the unknown (to us) north side of Amstedam...the new "hip" developing area. In old former shipyards there's now flee markets and new development initiatives.  Yet there's still a lot of deserted unattractive plots as well. 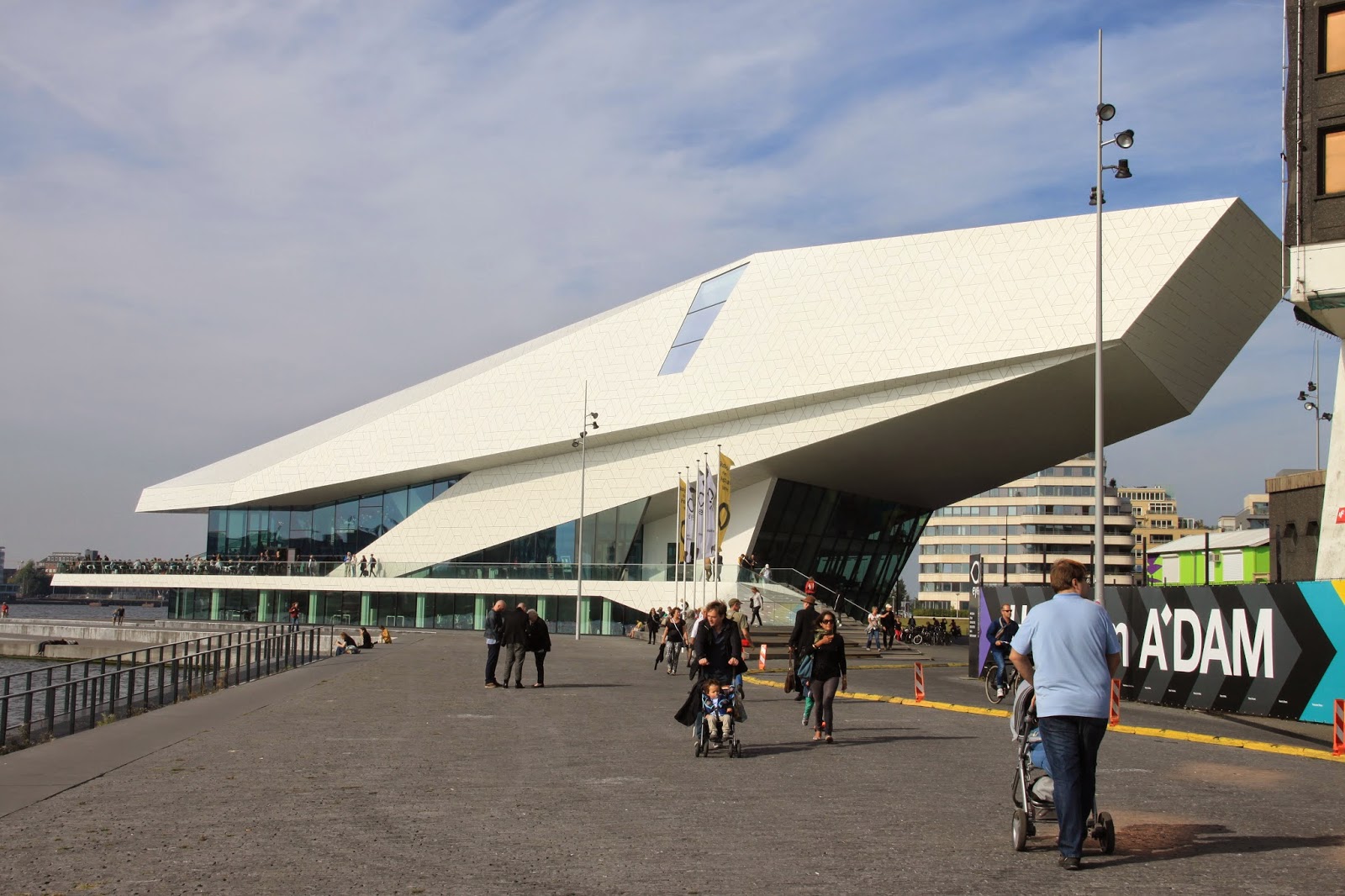 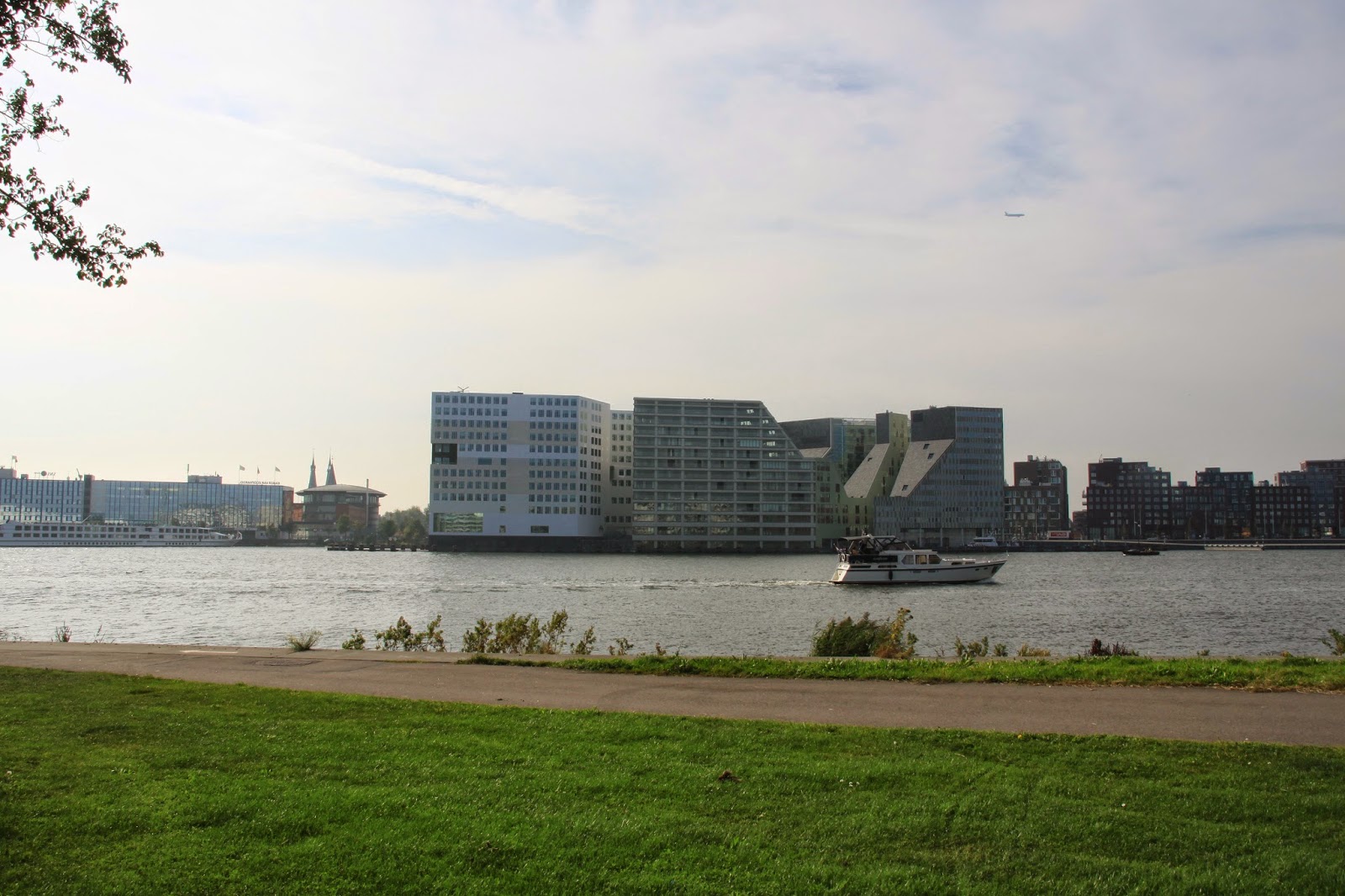 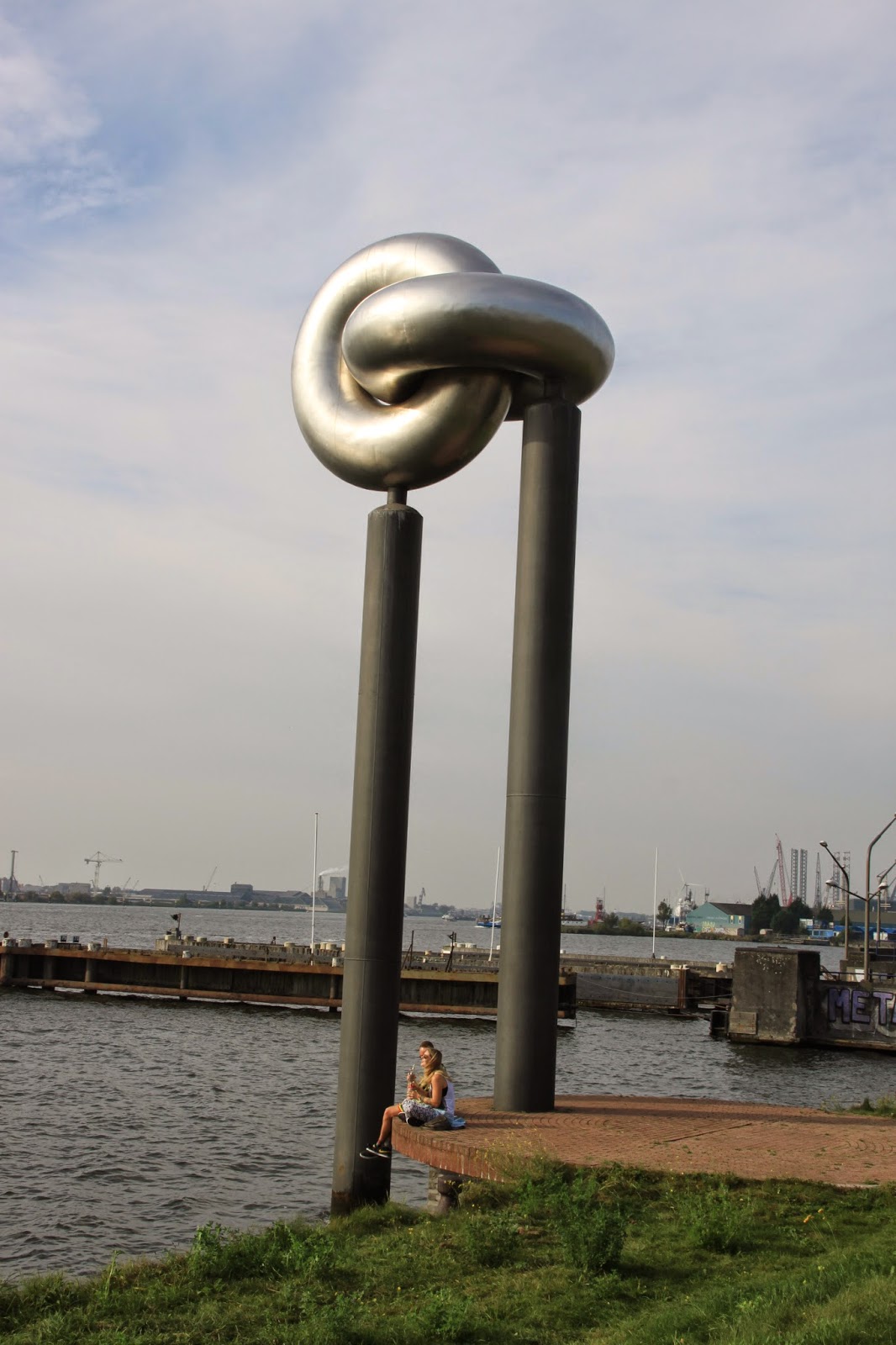 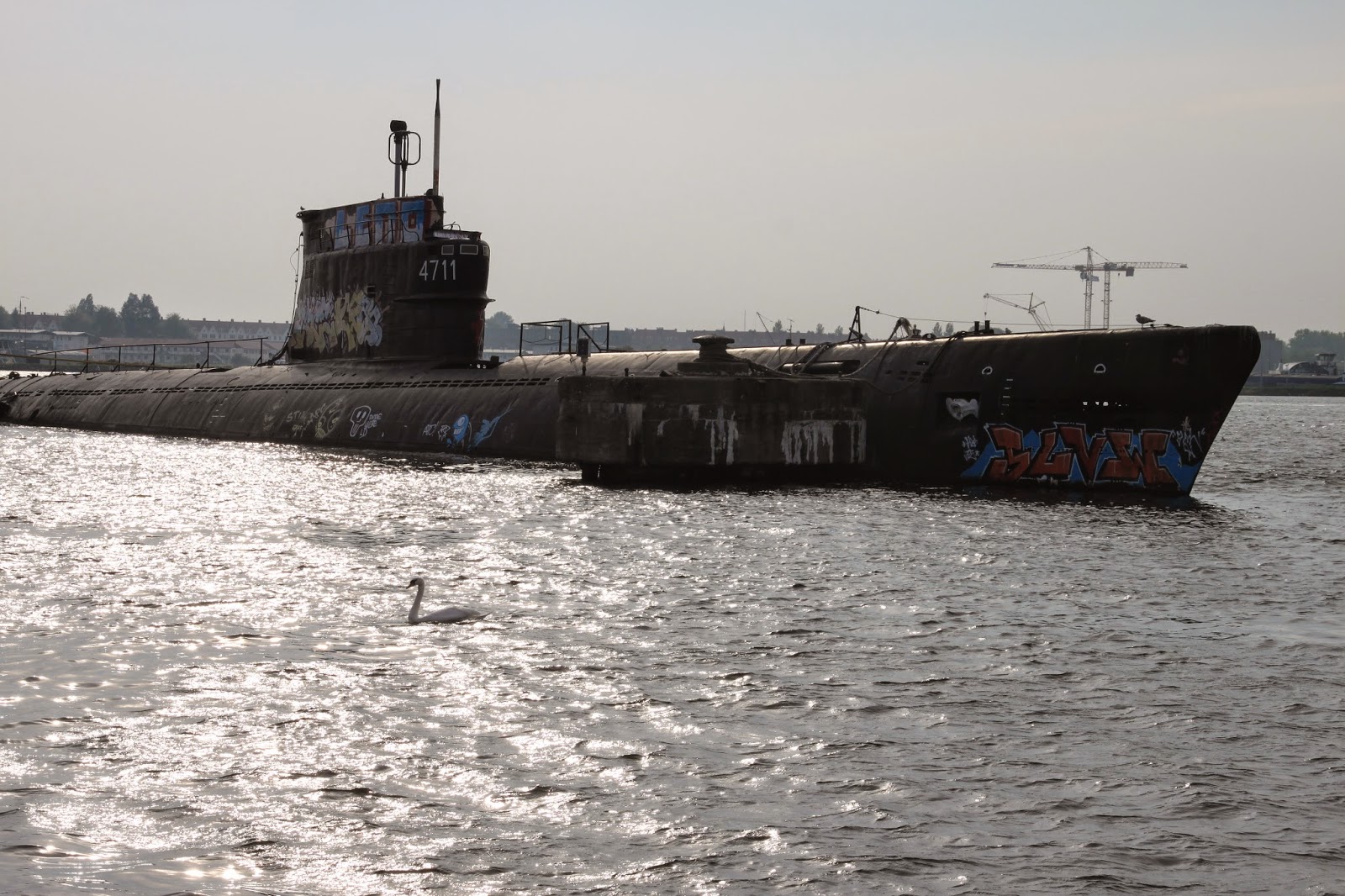 In the evening we learned that being in the touristic city center on a Saturday evening is a bit different from being in the more residential "local's " area on a week evening when searching ad hoc for a restaurant, peferably also child friendly.  Hmm, we could have thought of that a bit earlier I suppose, but we ended up finding a nice pub with good pub food. 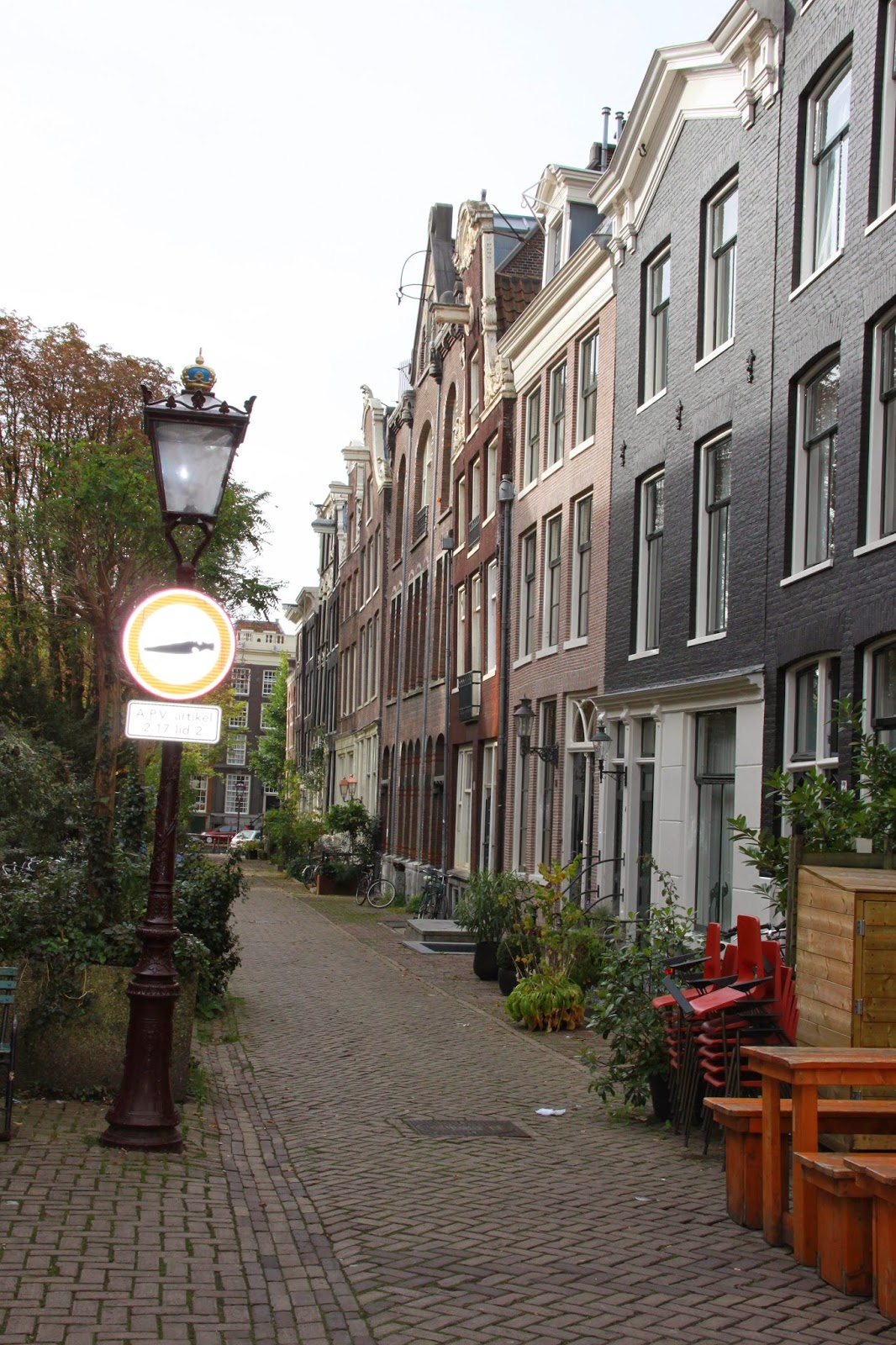 On Sunday we discovered the fantastic Sunday Market at the Westergasfabriek each first Sunday of the month.  Near some old industrial heritage buildings integrated in the park, a market with little craft stands and even much more delicious food carts (Spanish tapas, different types of Humus,  Mexican enchilladas, charcoal BBQ, cup cakes, .....) .  I really regretted from having had a huge breakfast at the hotel.  And I was jealous for not having such a market nearby Leuven.  Haha, you could even get your hair cut there ...or take a foam elephant for a walk :p 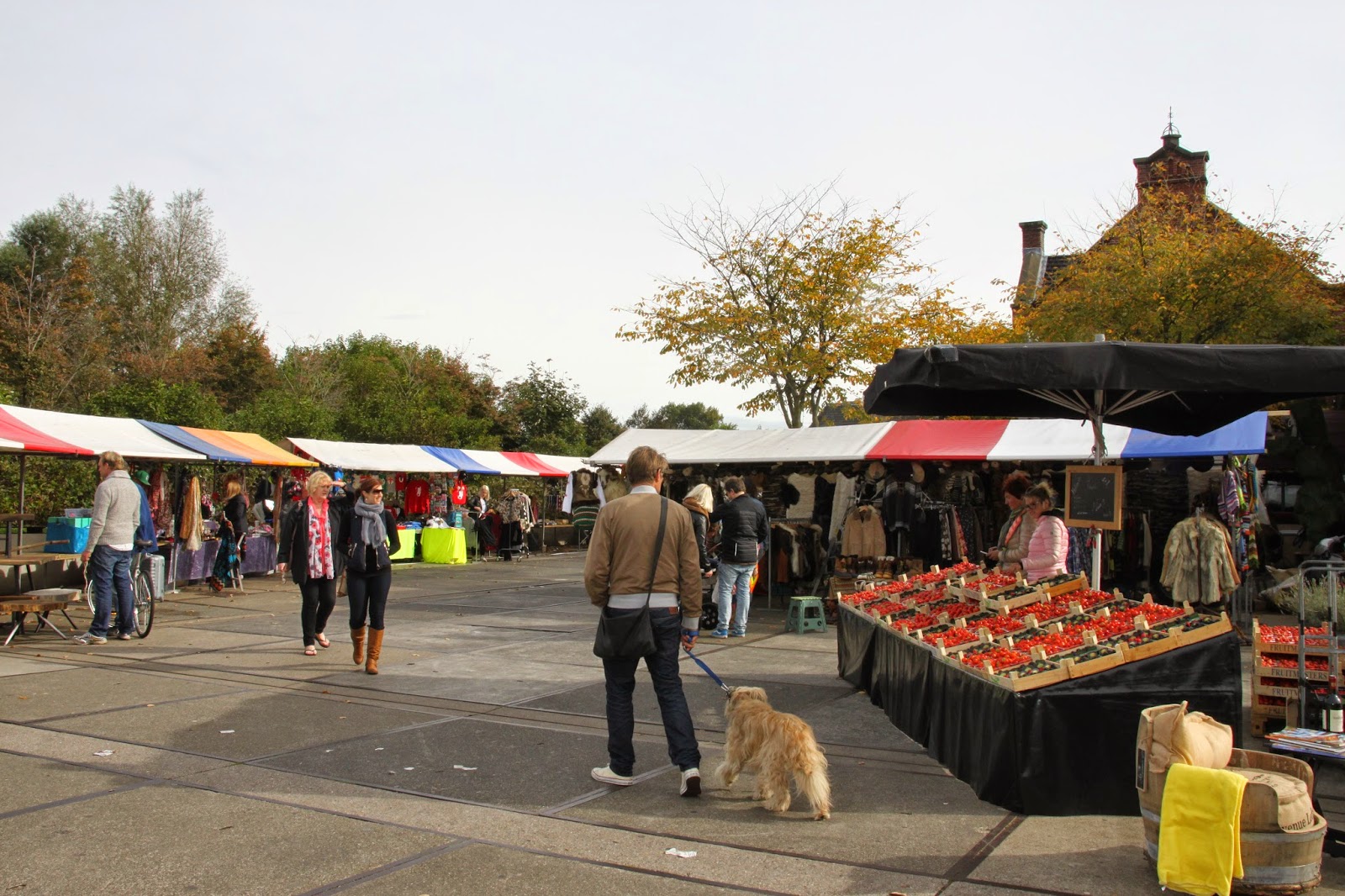 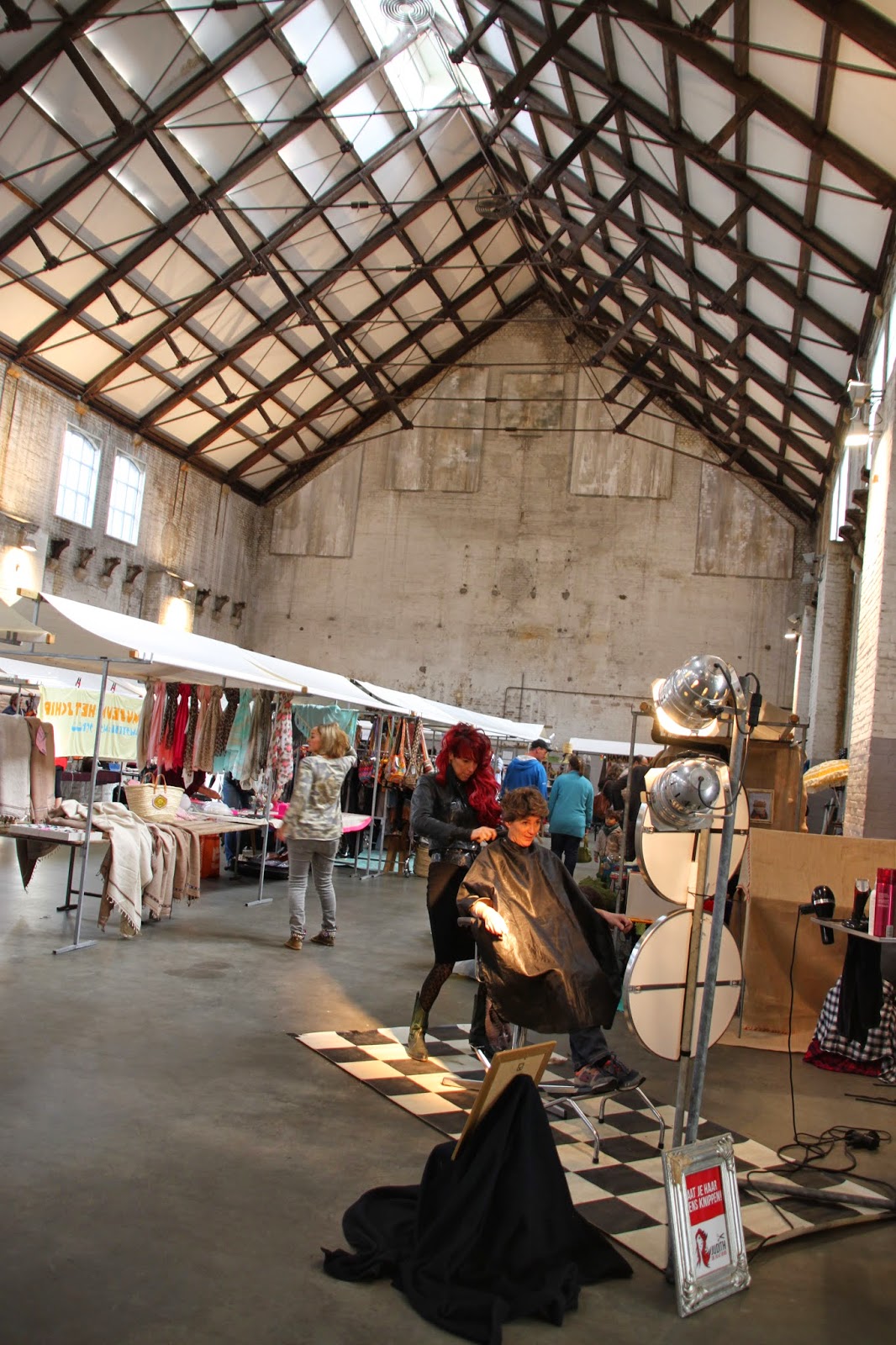 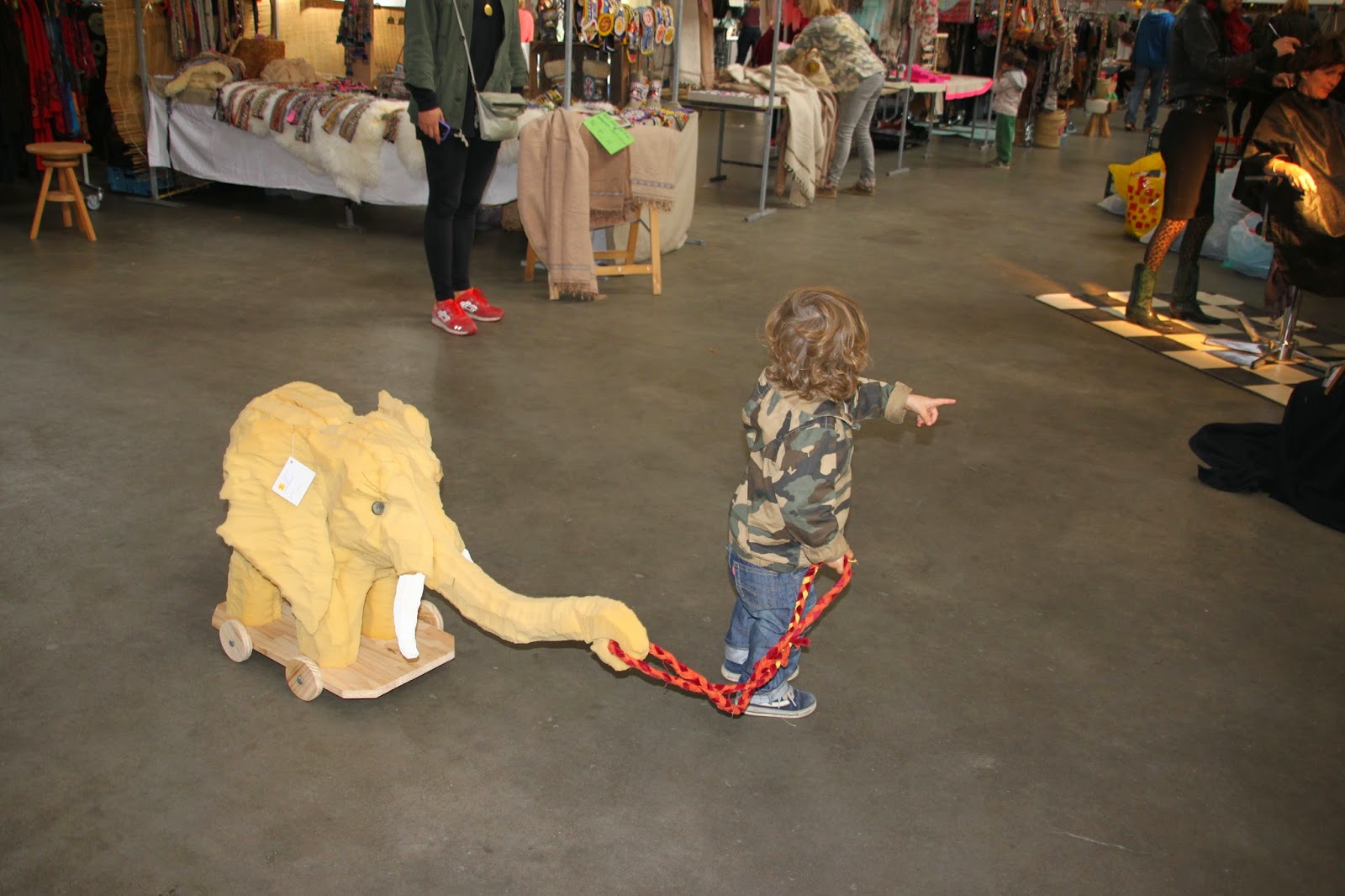 From there we walked back towards the more tourist areas...and did some more strolling :) 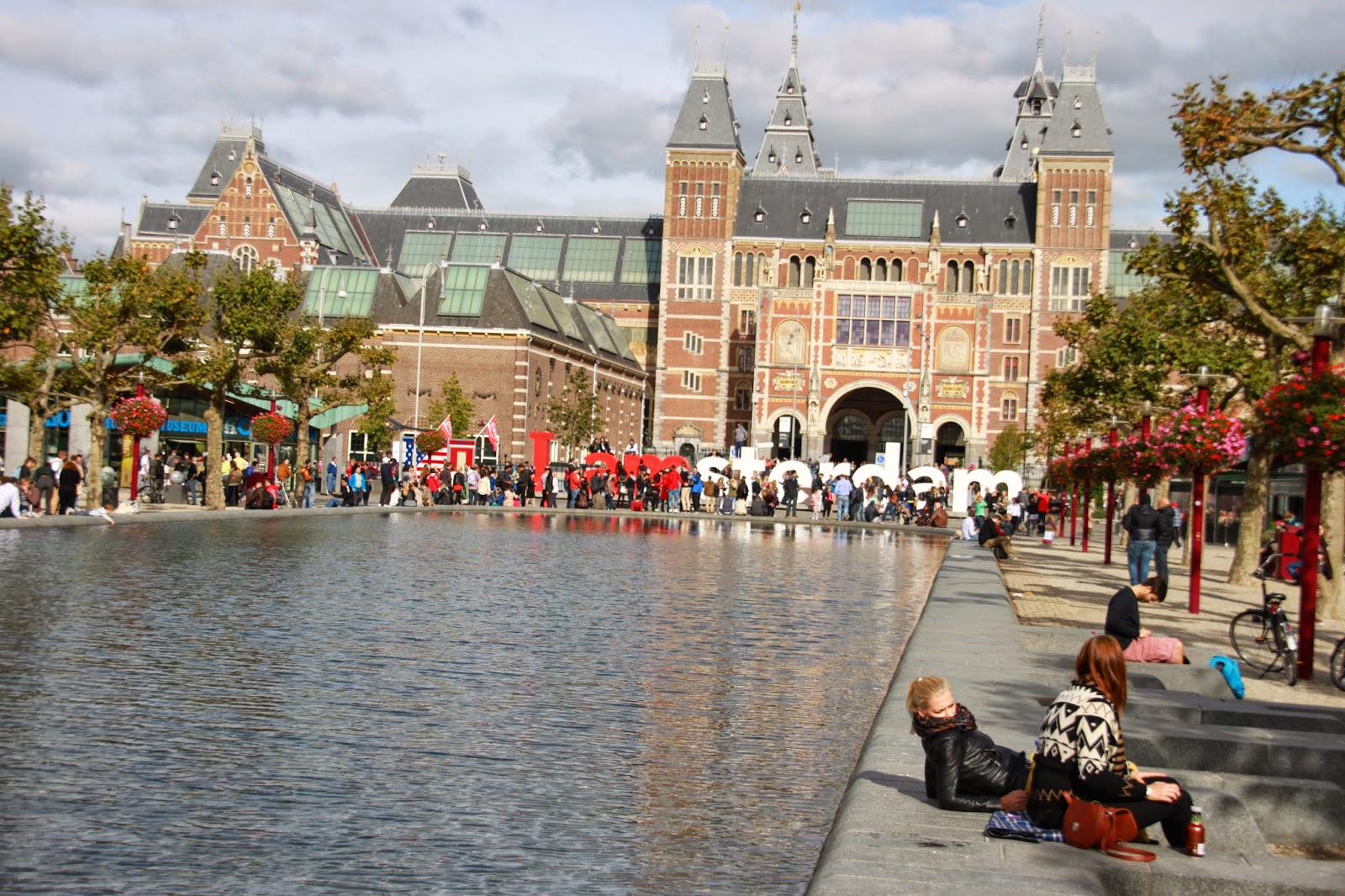 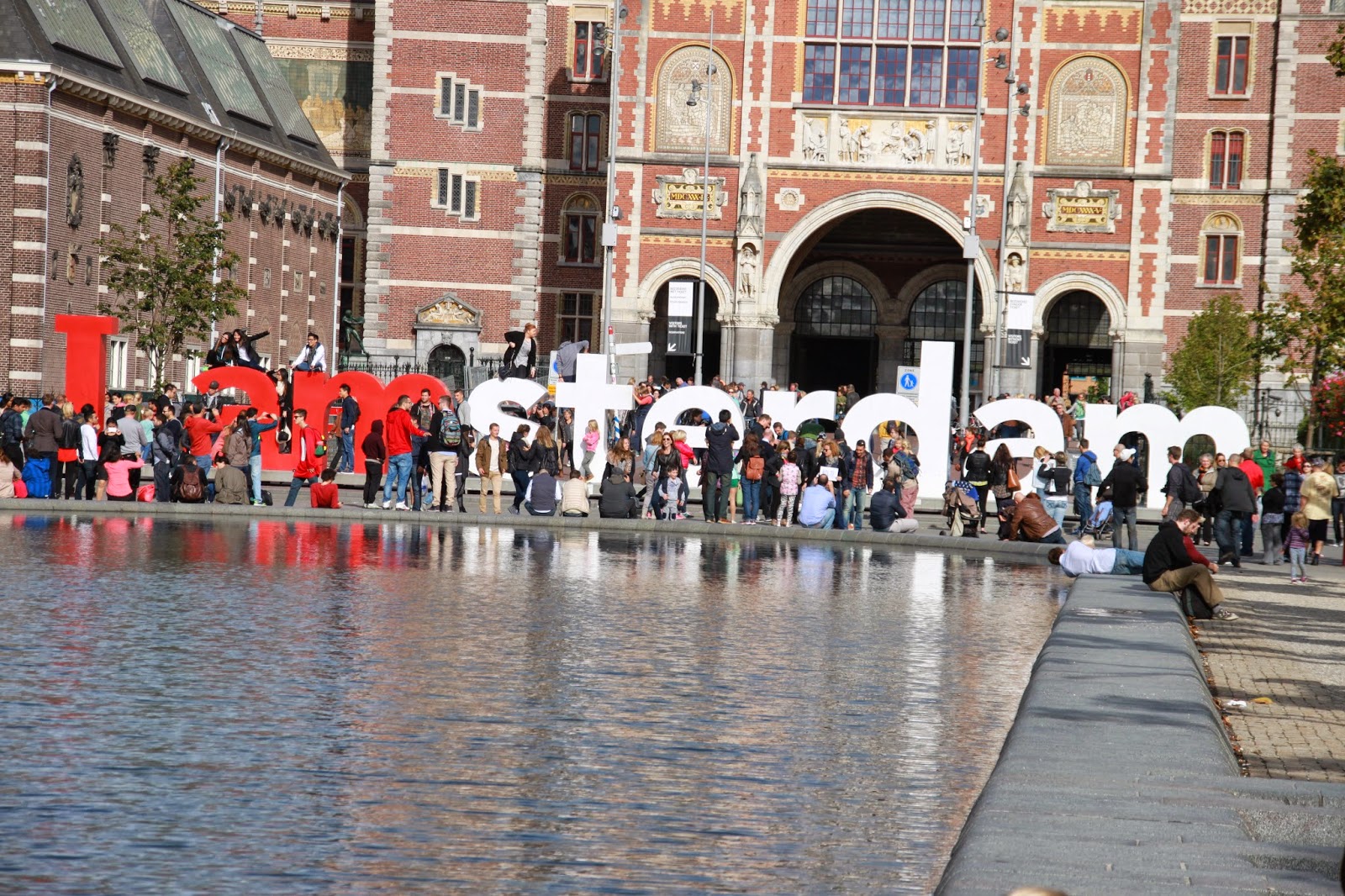 Brian Miller said…
nice...its cool to get to know your city and try to see it through the eyes of a tourist...i feel like i know mine forward and back but i am continuously surprised at new places i find...
10/10/14 04:32