To counter my self-pity post from before  (so you aren't all worried about me for nothing)...I am truly getting better and feeling my energy return while pain is reducing.

And on Boxing Day, the Eastern half of Belgium got a nice snow dump as predicted....a white 2nd Christmas!  And in the Ardennes it's enough volume and cold enough to keep the white carpet for a while. Yeay.


So after I let Jan clear the driveway all by himself, I'm now joining more and more the fun he's having with Kabouter outside with the little cool baby sledge we bought. It's quite handy as it has a back side to it so Kabouter doesn't need to hold up his back himself  and we can strap him safely.

The concept of sledging was first tested in our garden and approved by the little one who enjoyed being towed (as long as he didn't have to stand in the snow with his heavy awkward snow boots!!! ) and later on repeated in the village roads.
Although the crossing of the neighbour's dogs was probably his highlight of the day :p 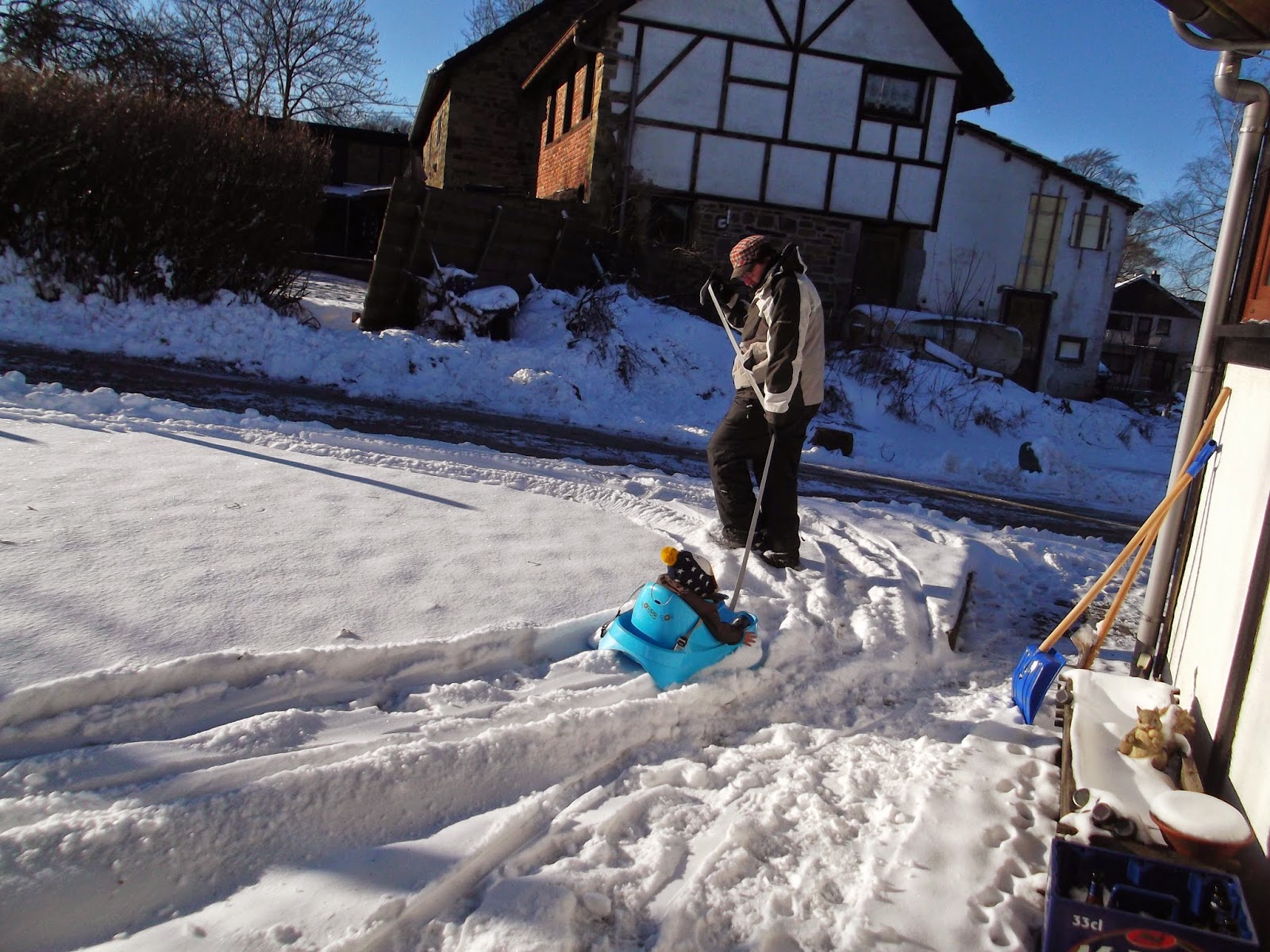 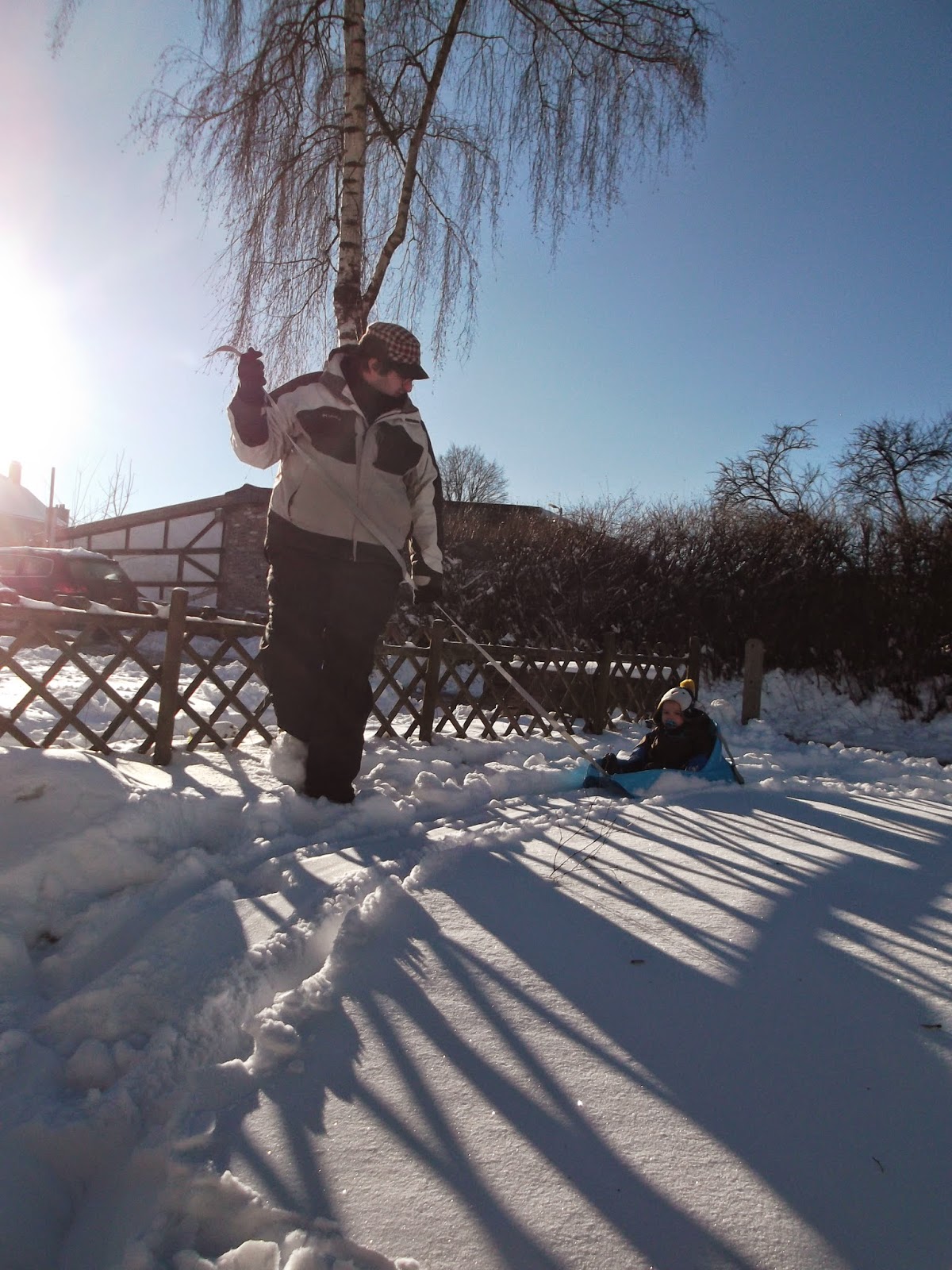 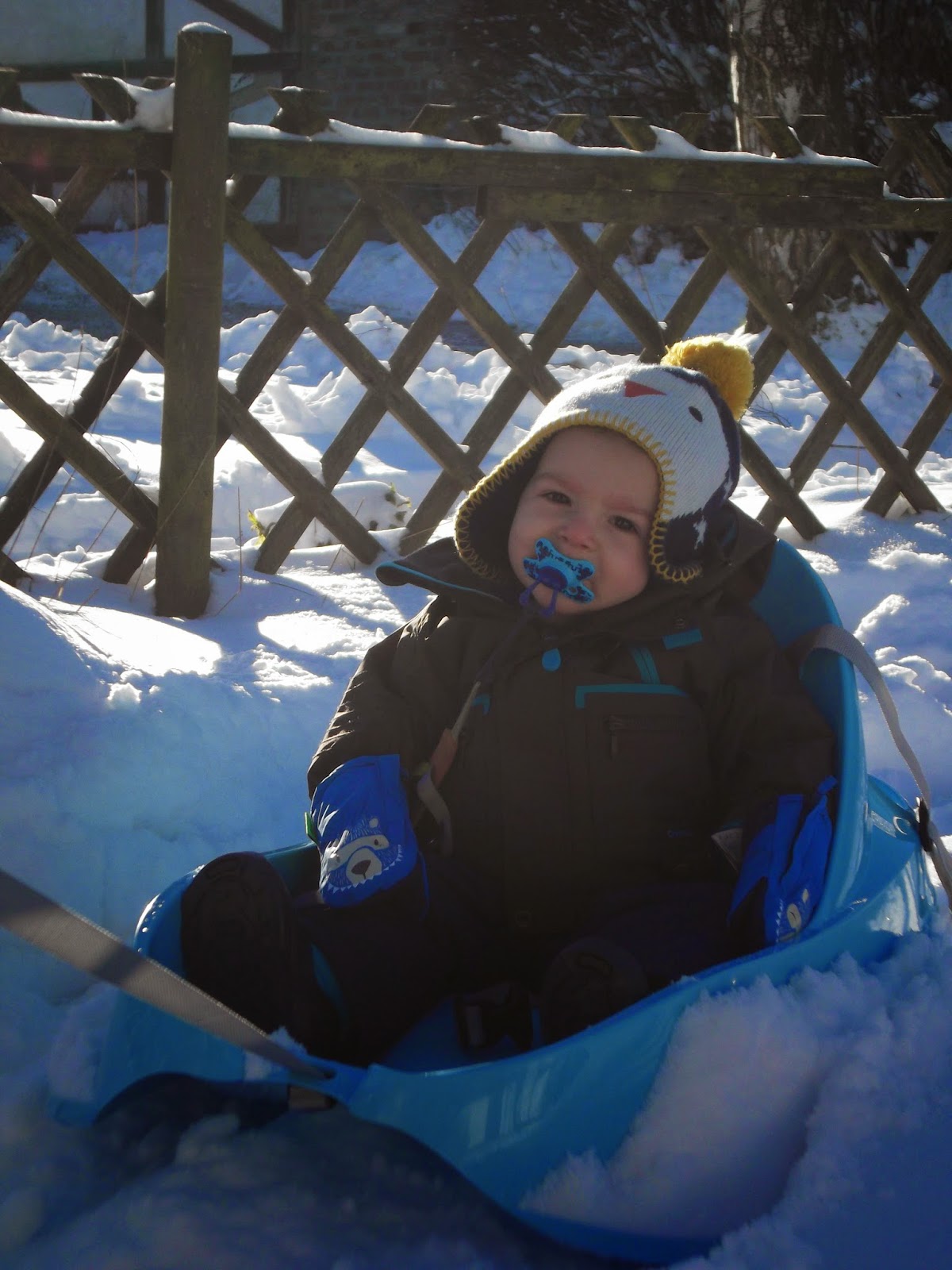 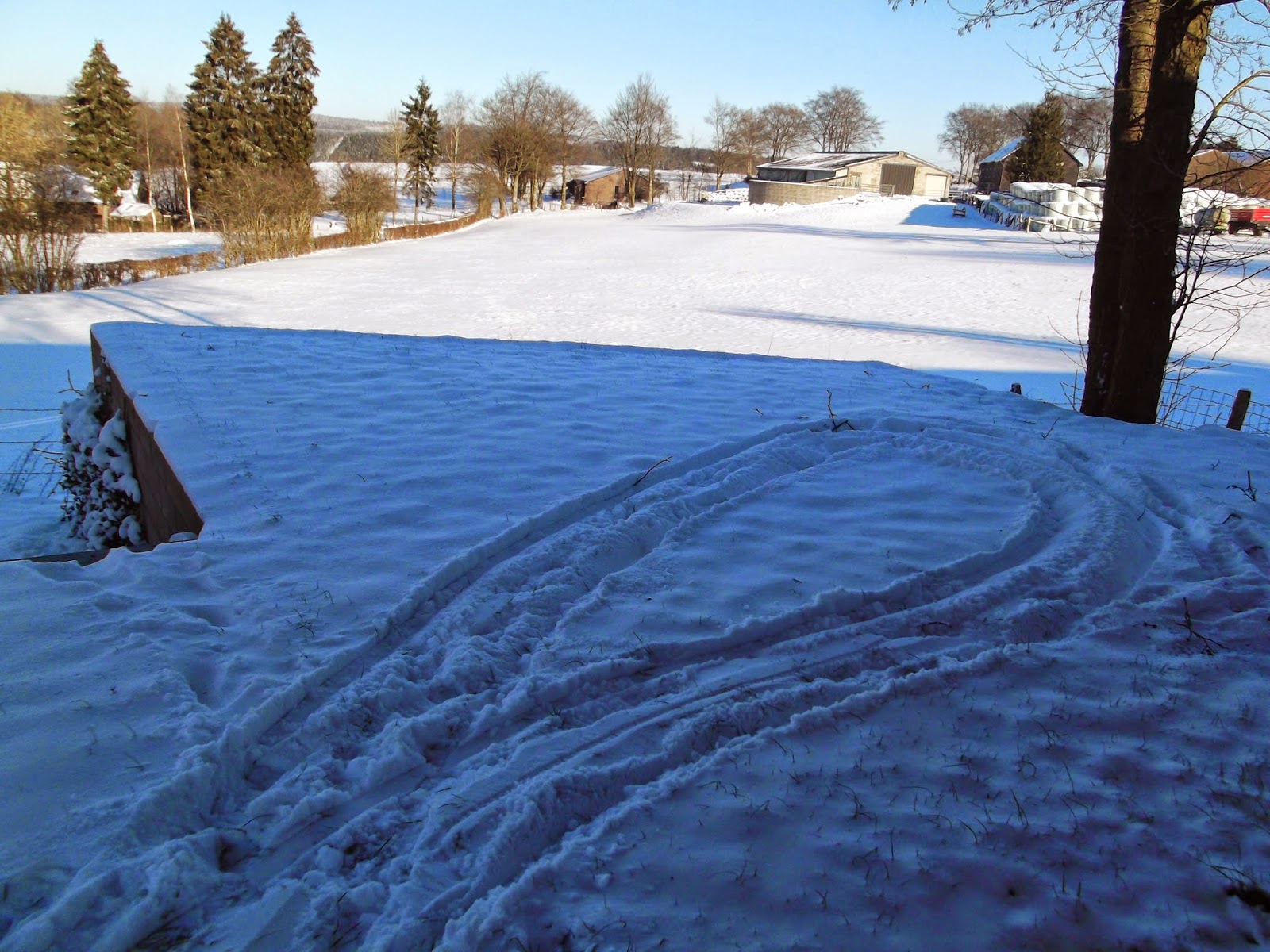 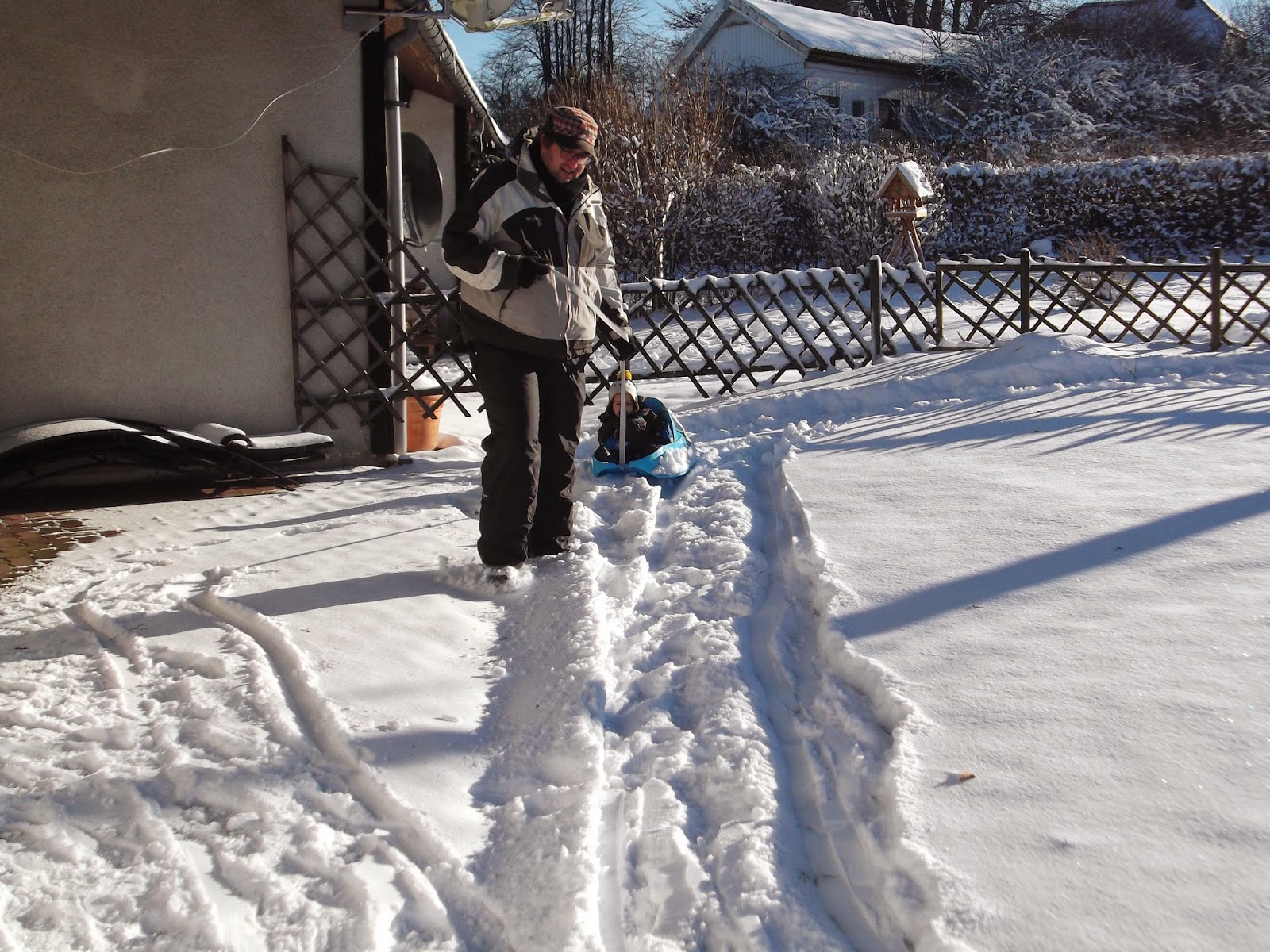 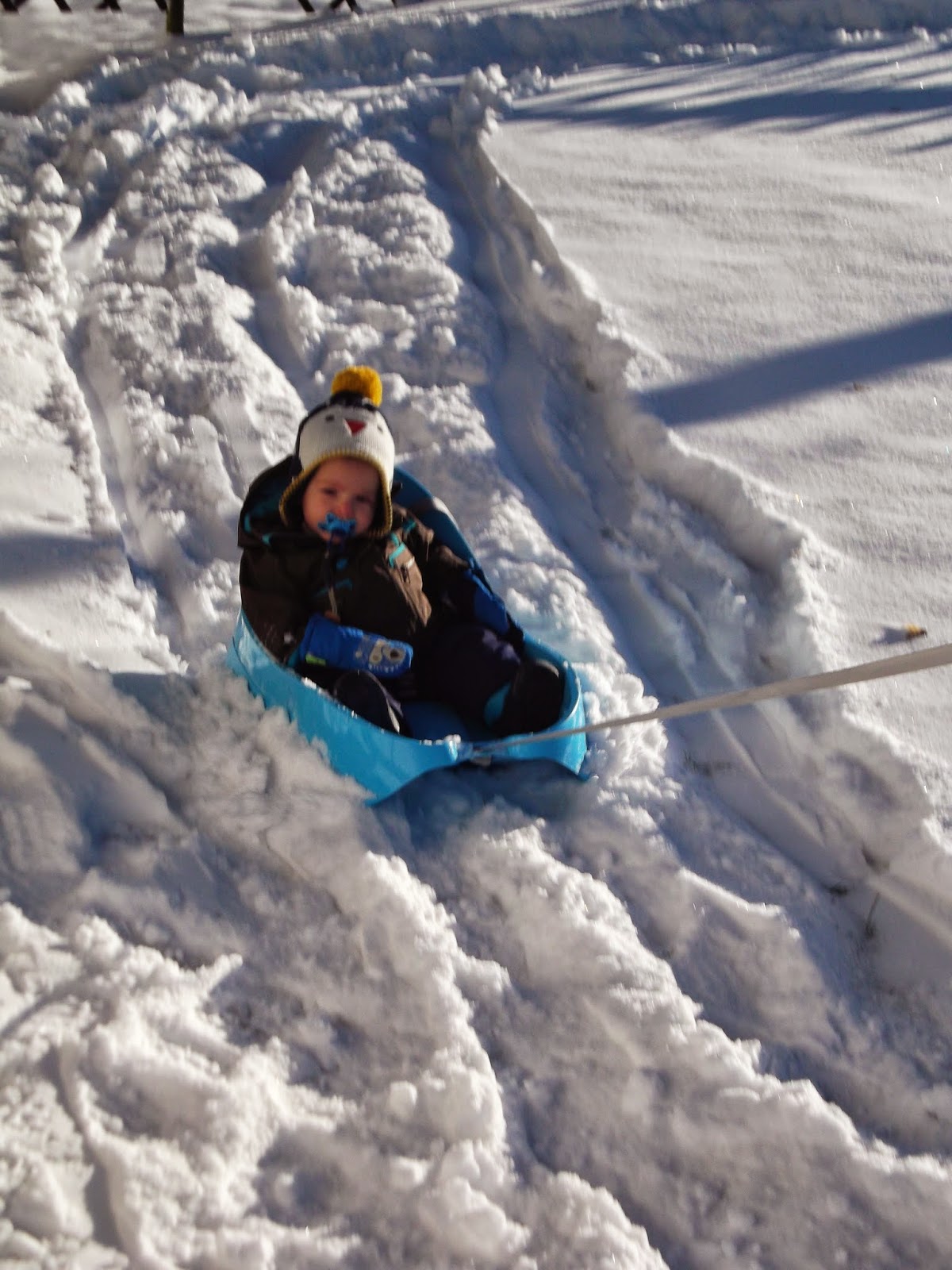 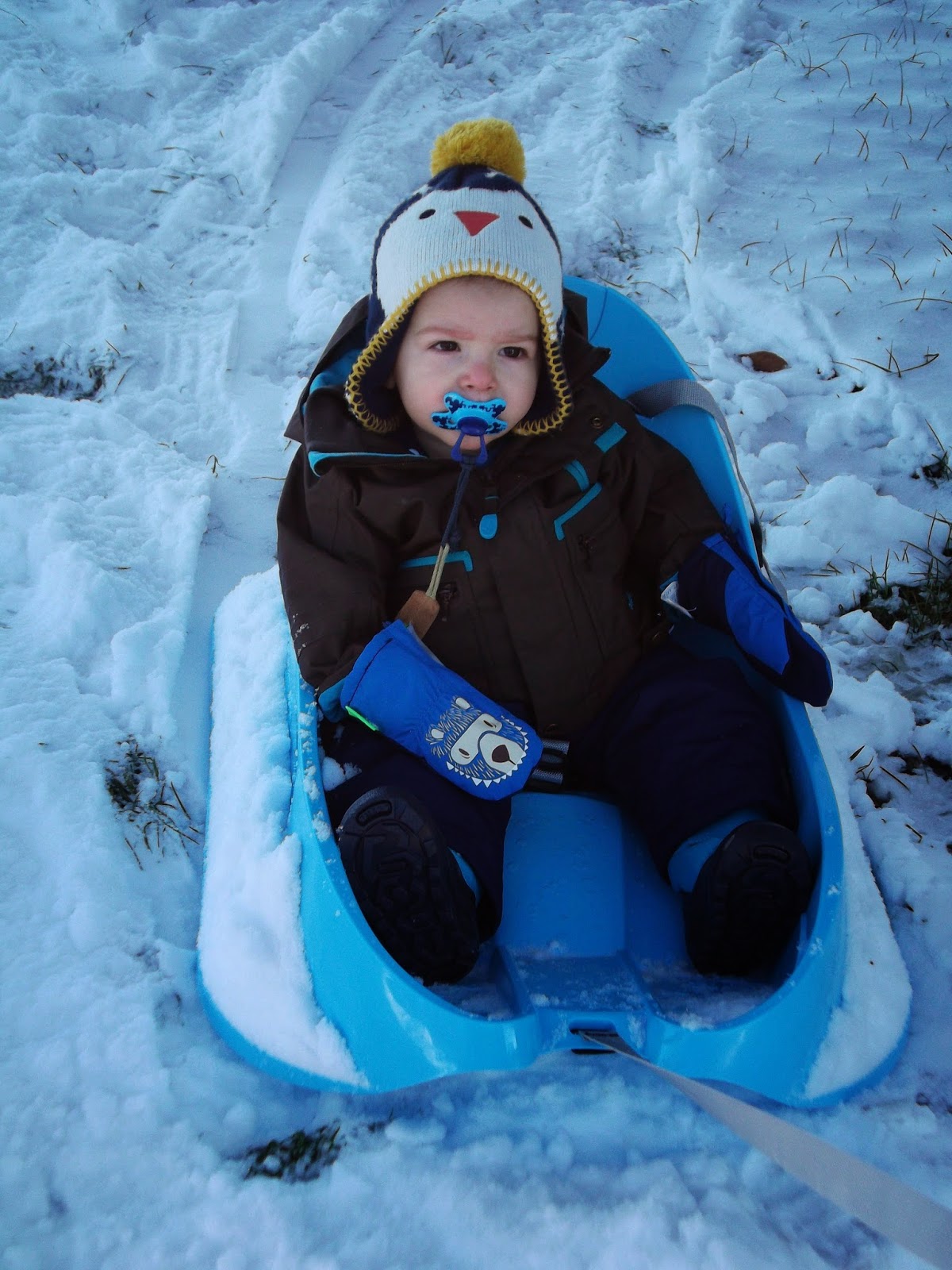 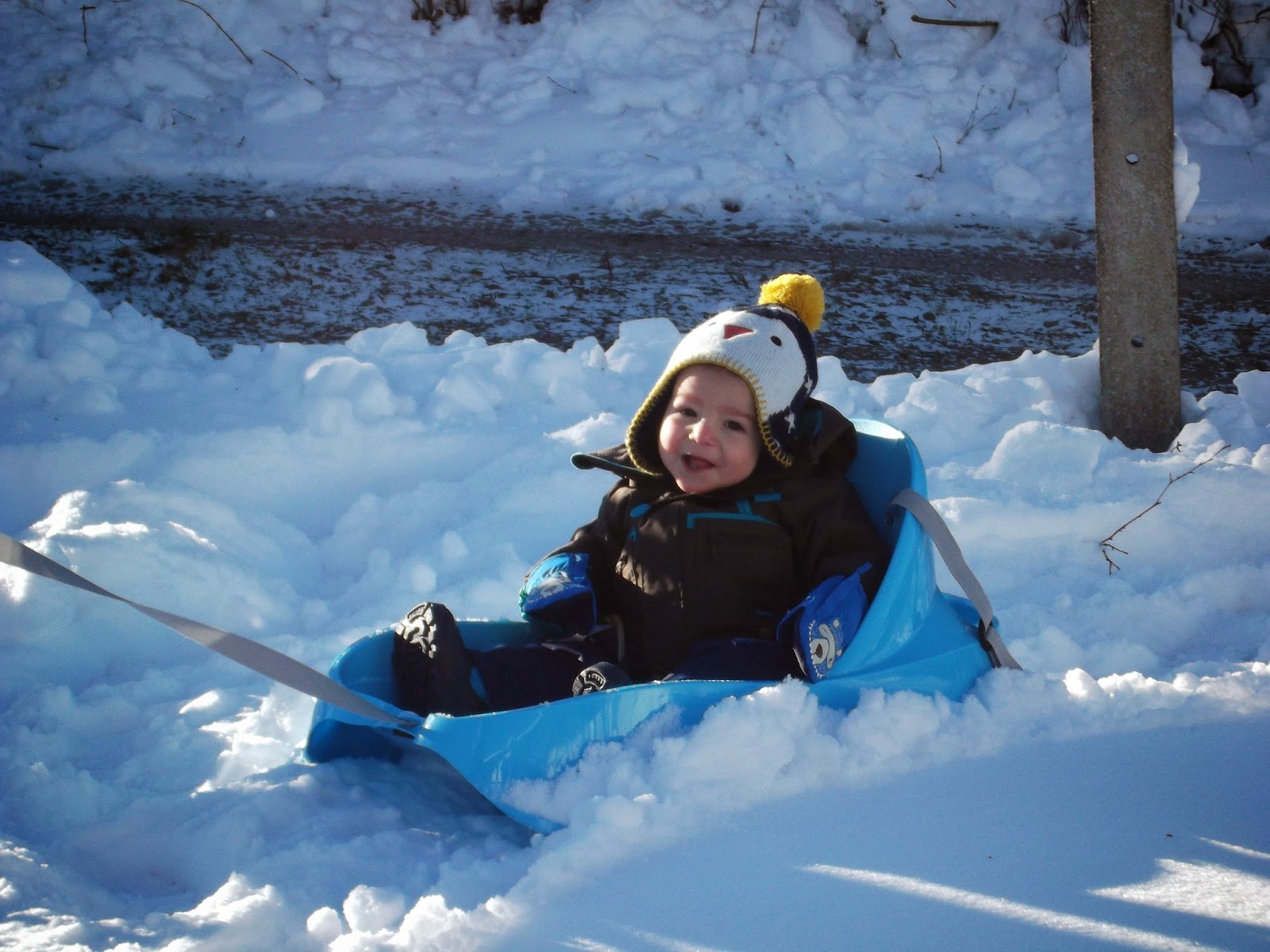 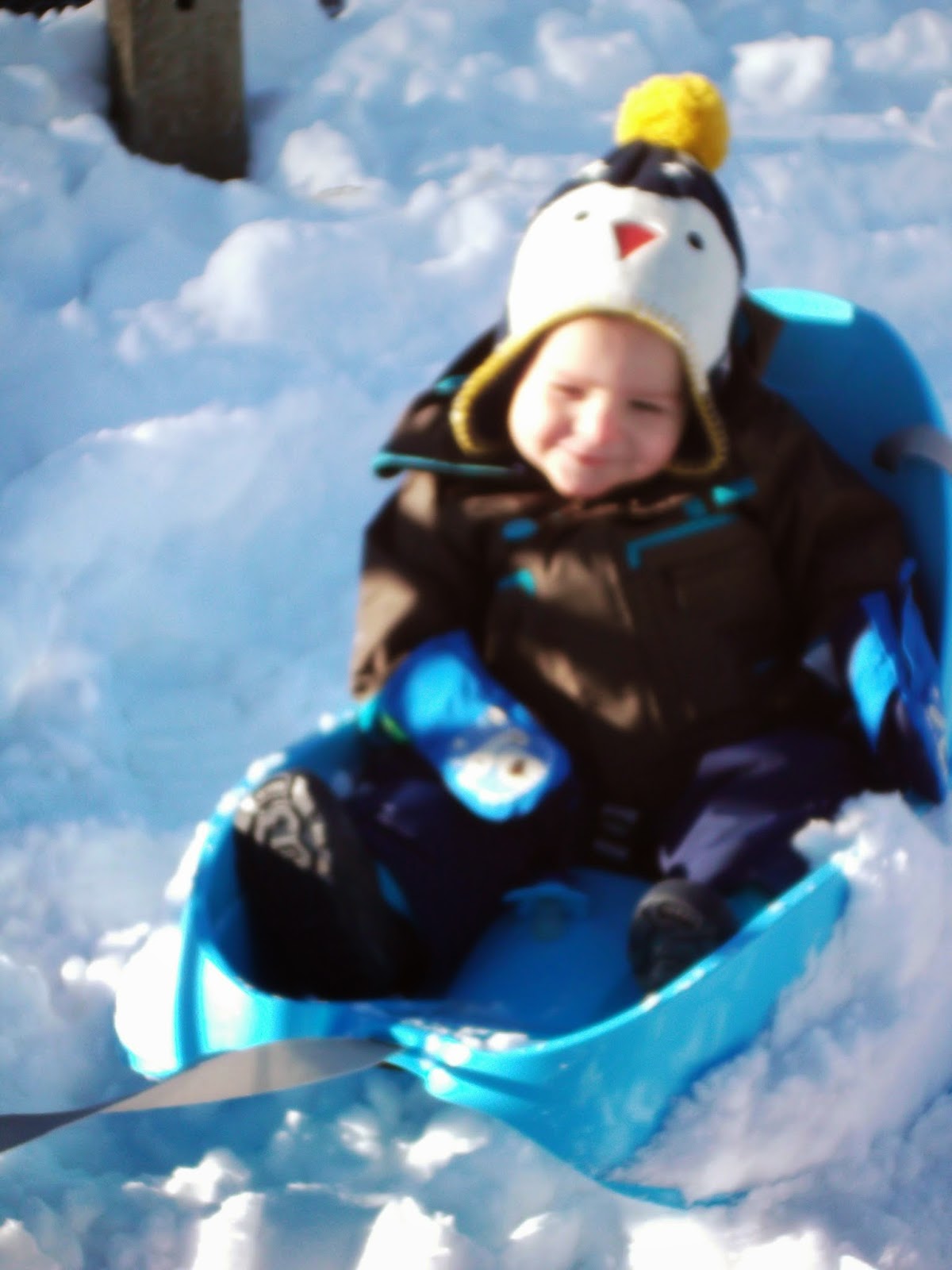 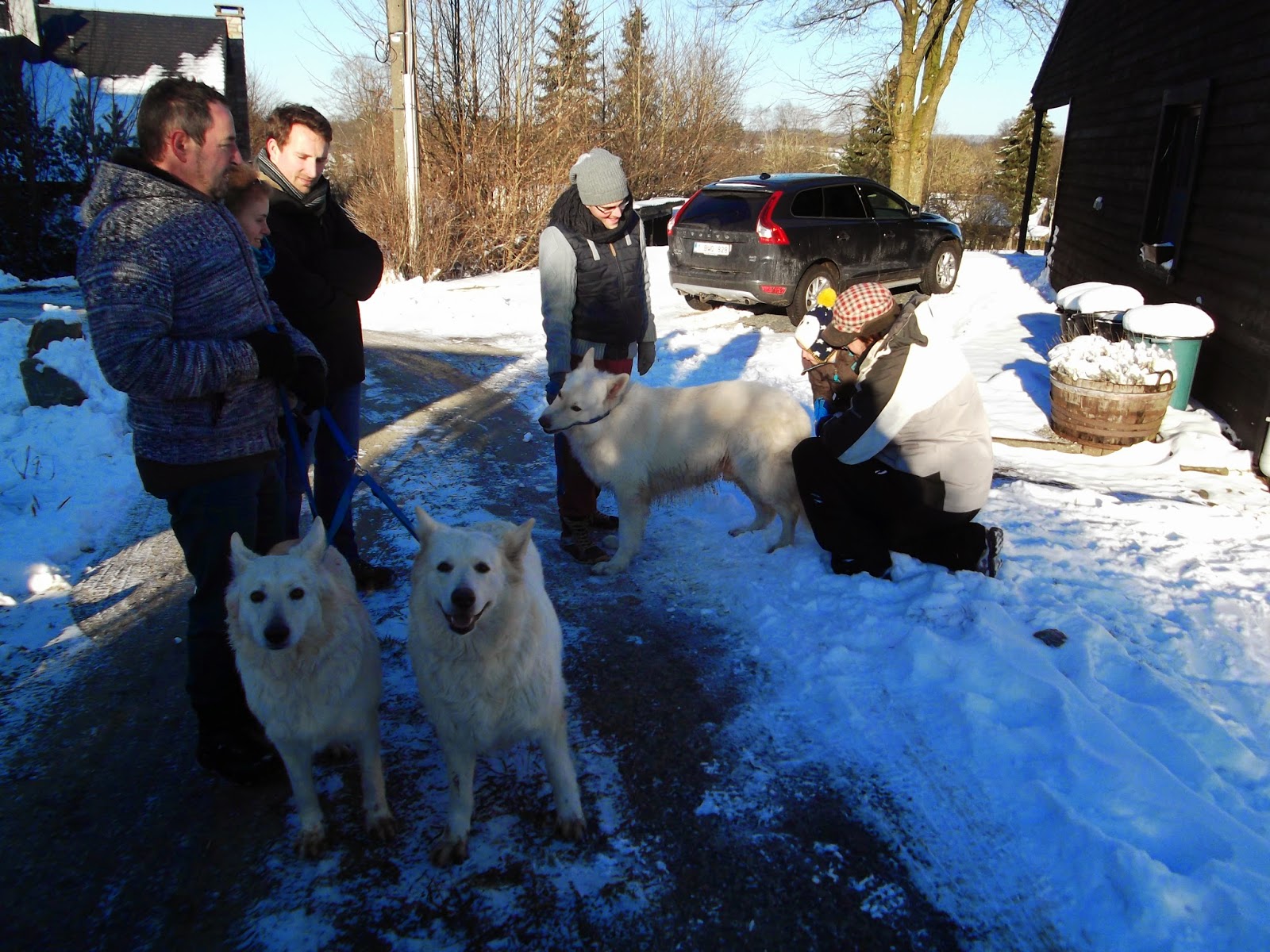 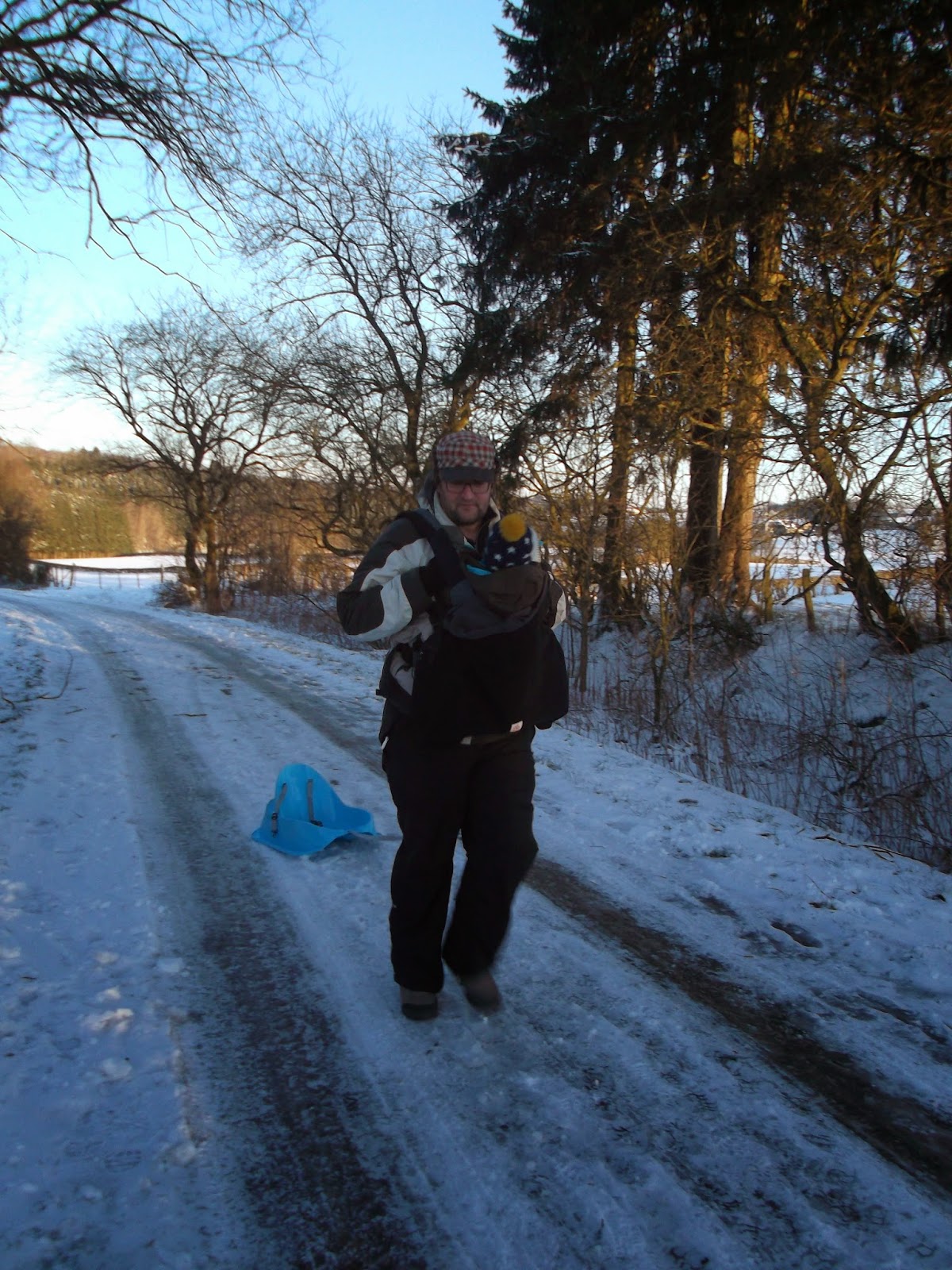