North of the old city of Gamla Stan in Stockholm is the "mainland" where we strolled through the quarters of Vastastan and Ostermalm. Water was never far away but there were also parks, blossoms (in the historic palace vegetabal garden, currently a popular square near the water), Cultural instituations (where eg the Nobel Prices get announced), ...  On both days in different part of the city we came across running races: quite a sports loving city!

While we had opted not to go and see the change of the guards in Gamla Stan, fearing being in a crowd for so long would not excite Kabouter, we came across the troops marching in while enjoying a coffee in the park near the water. 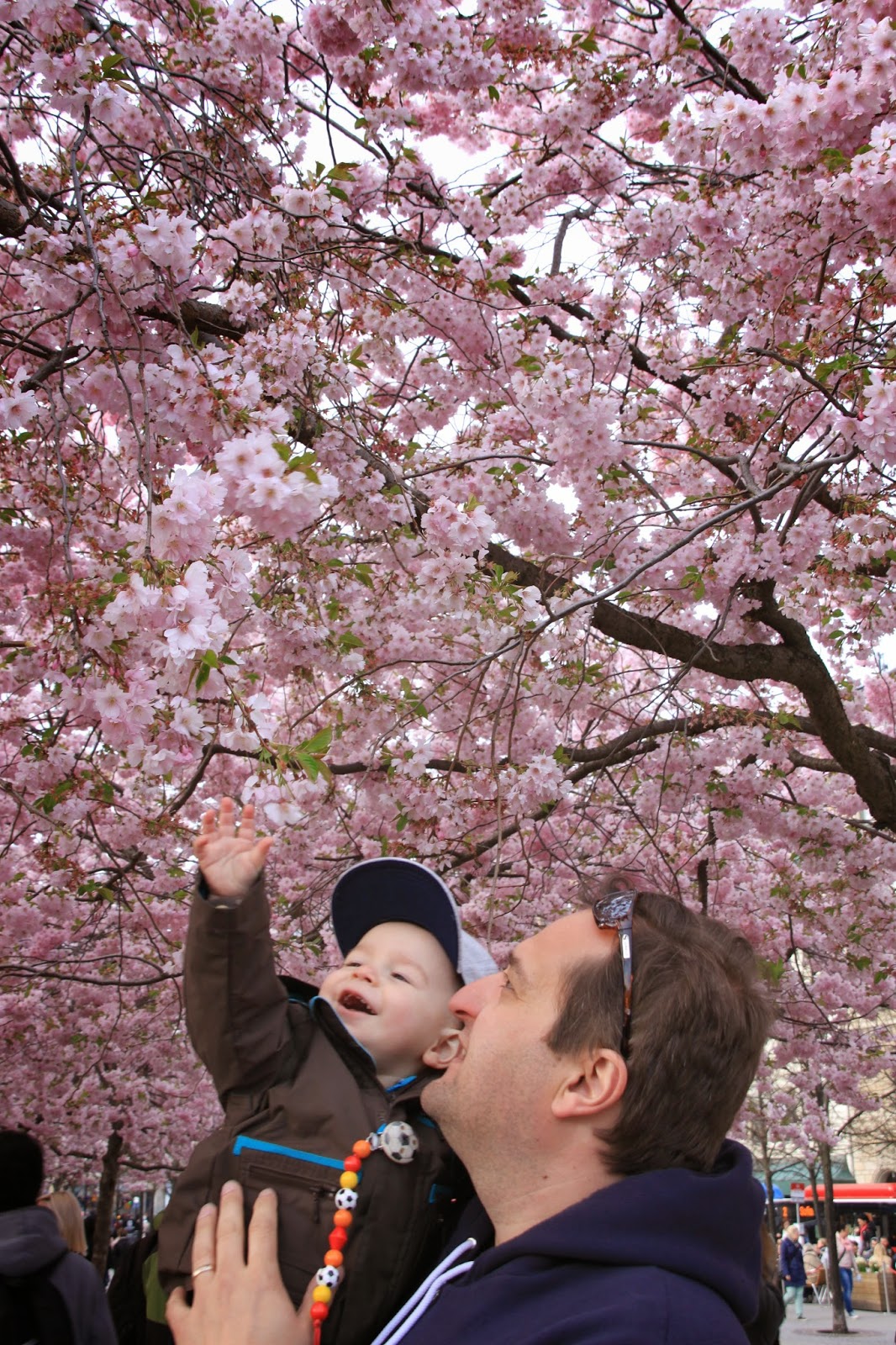 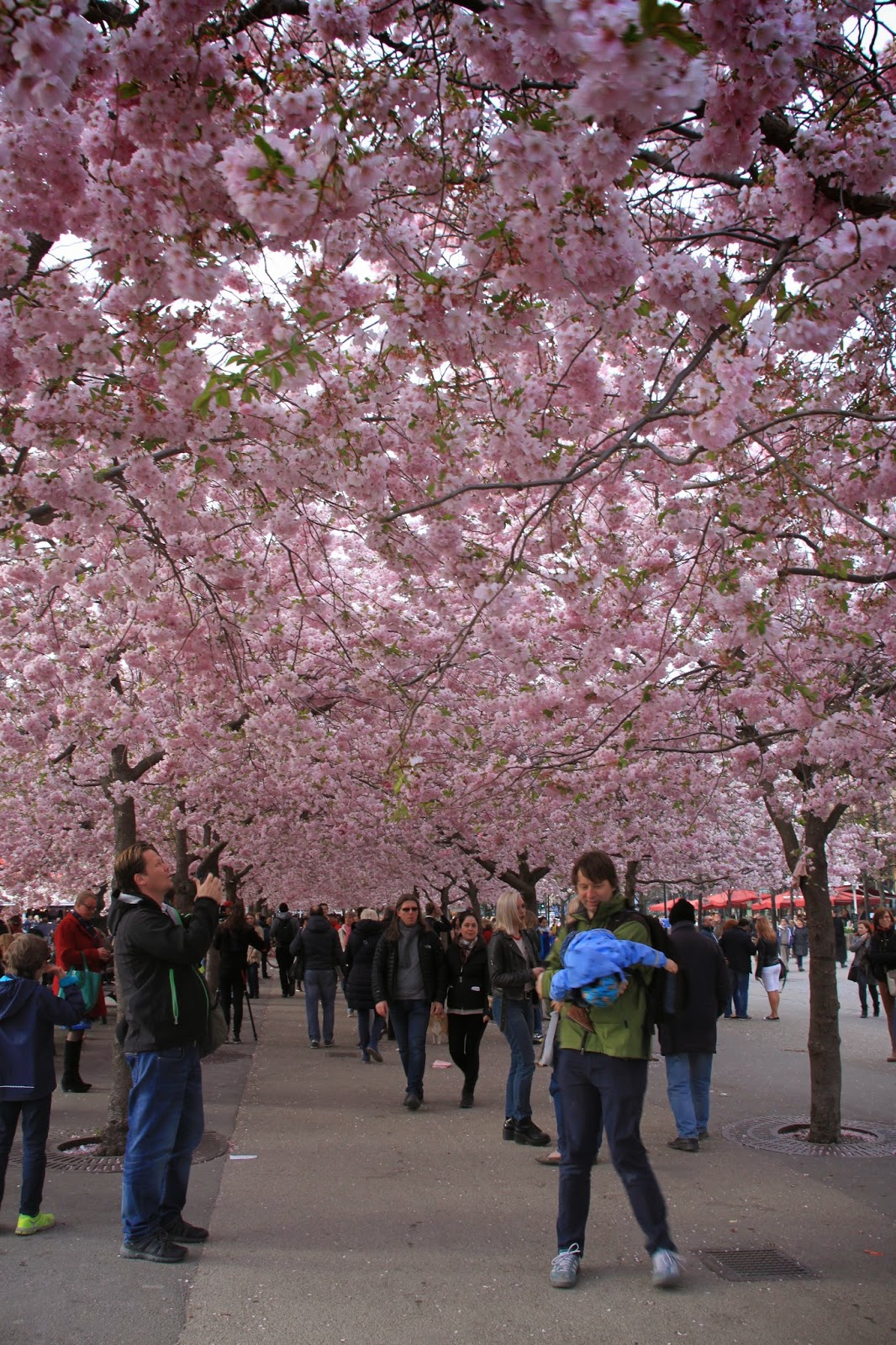 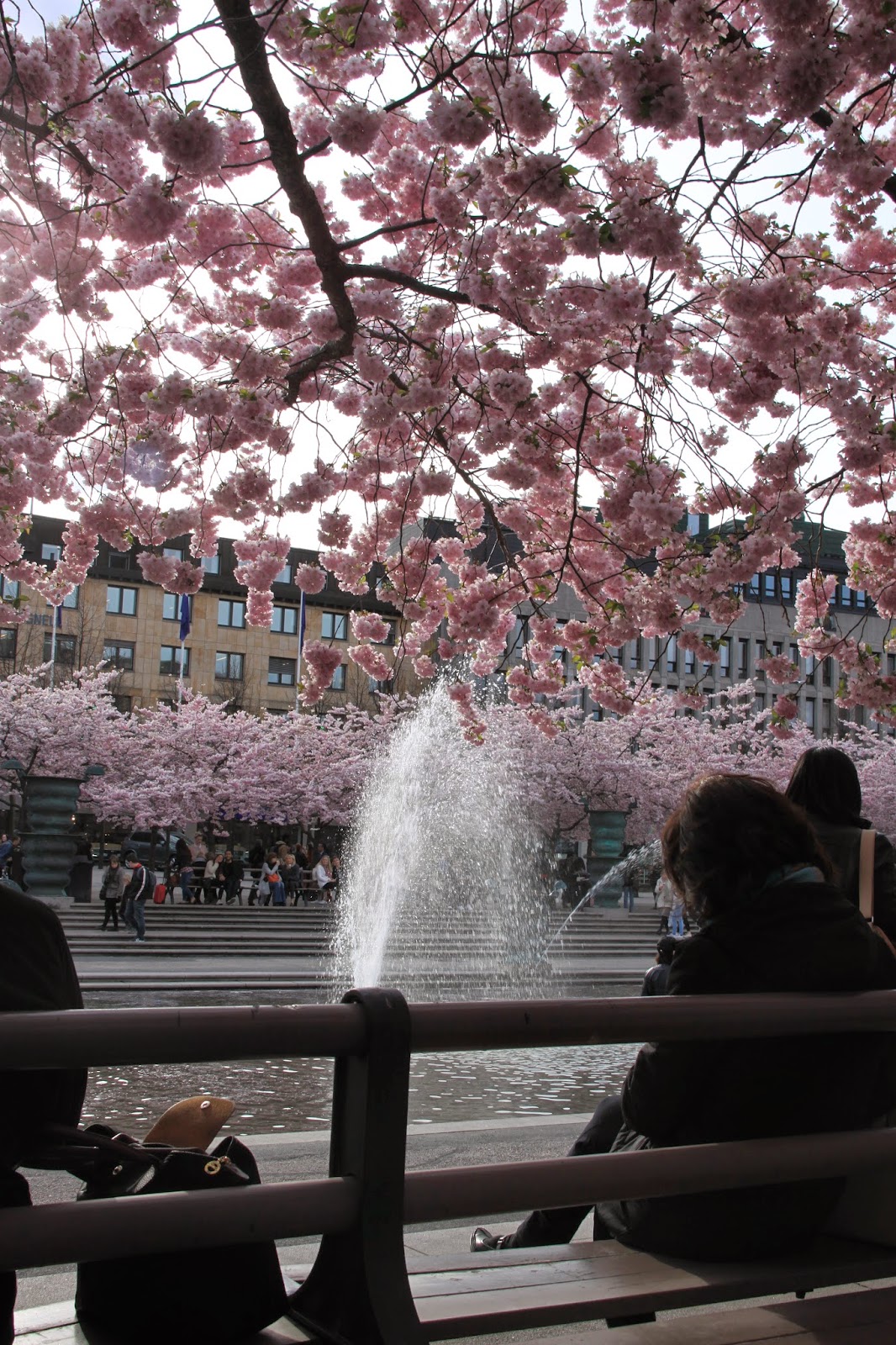 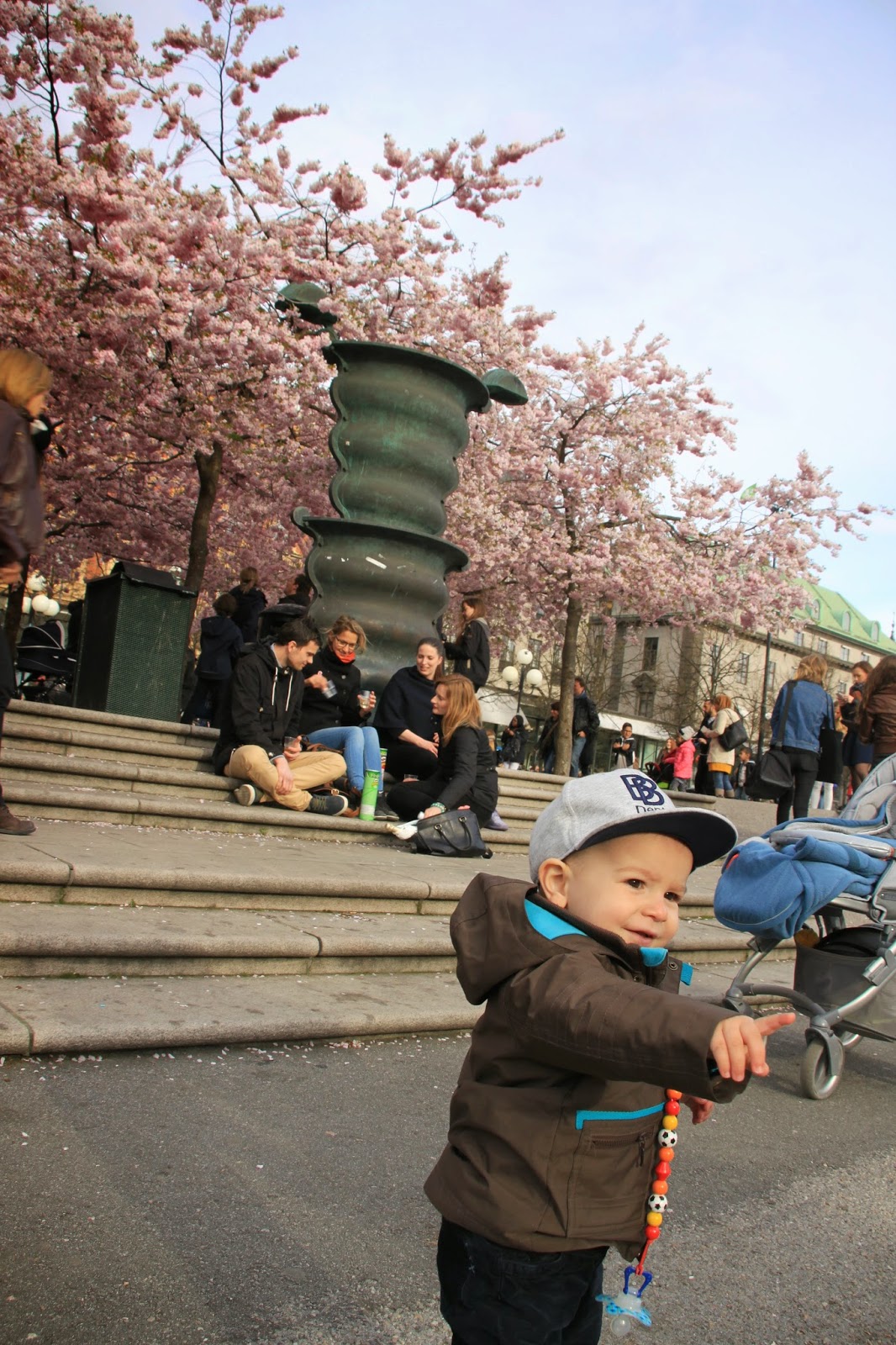 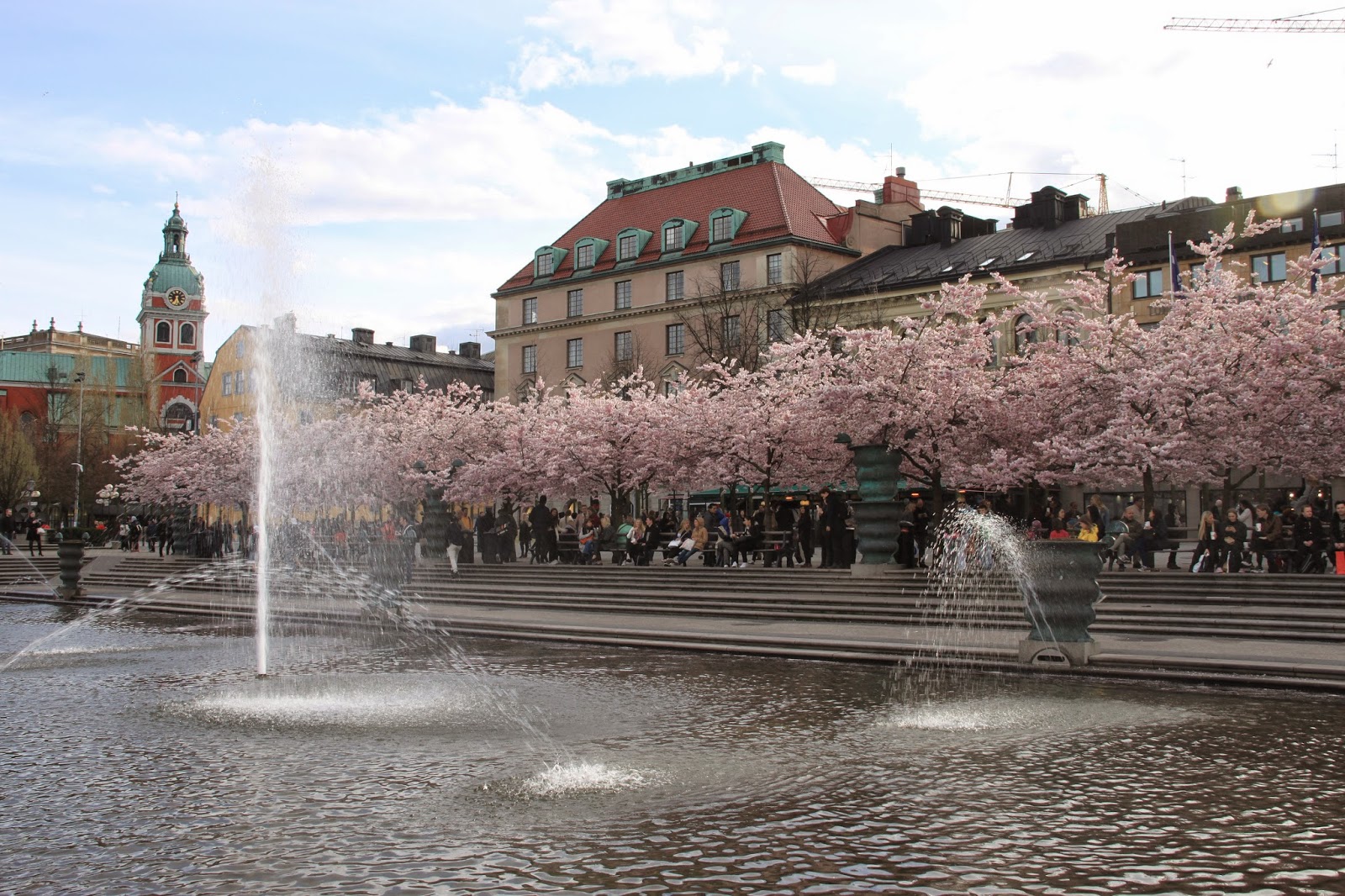 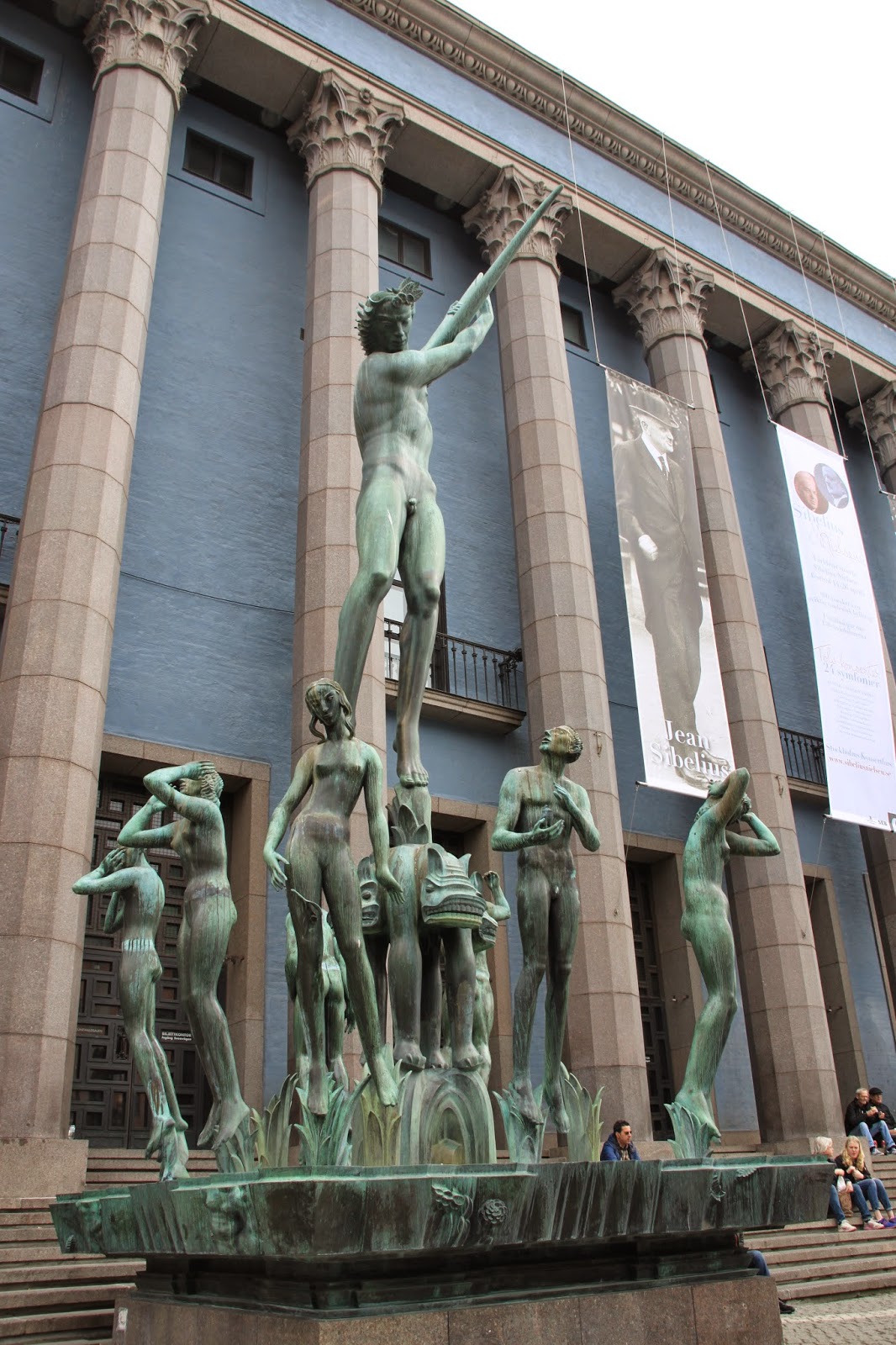 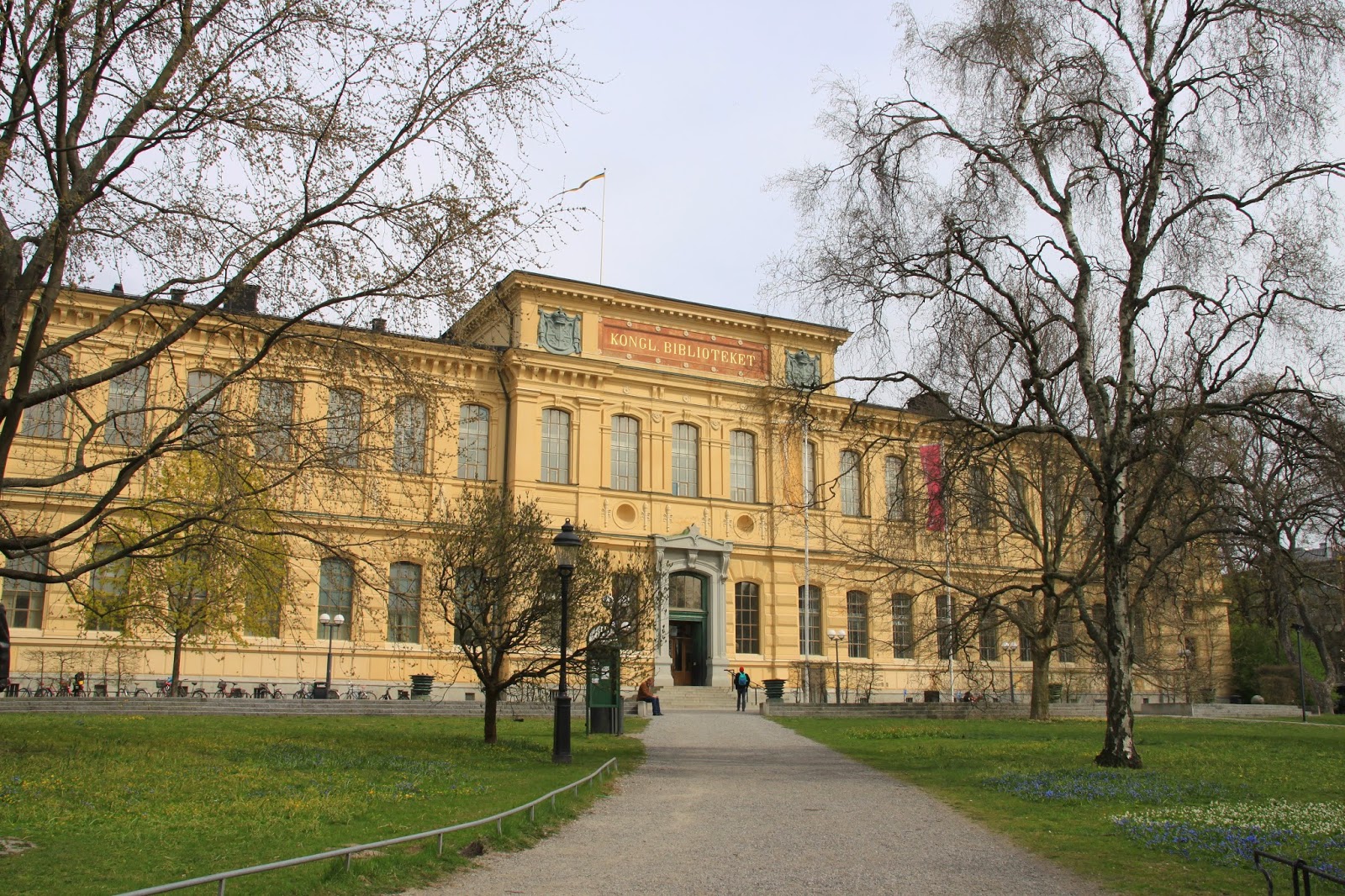 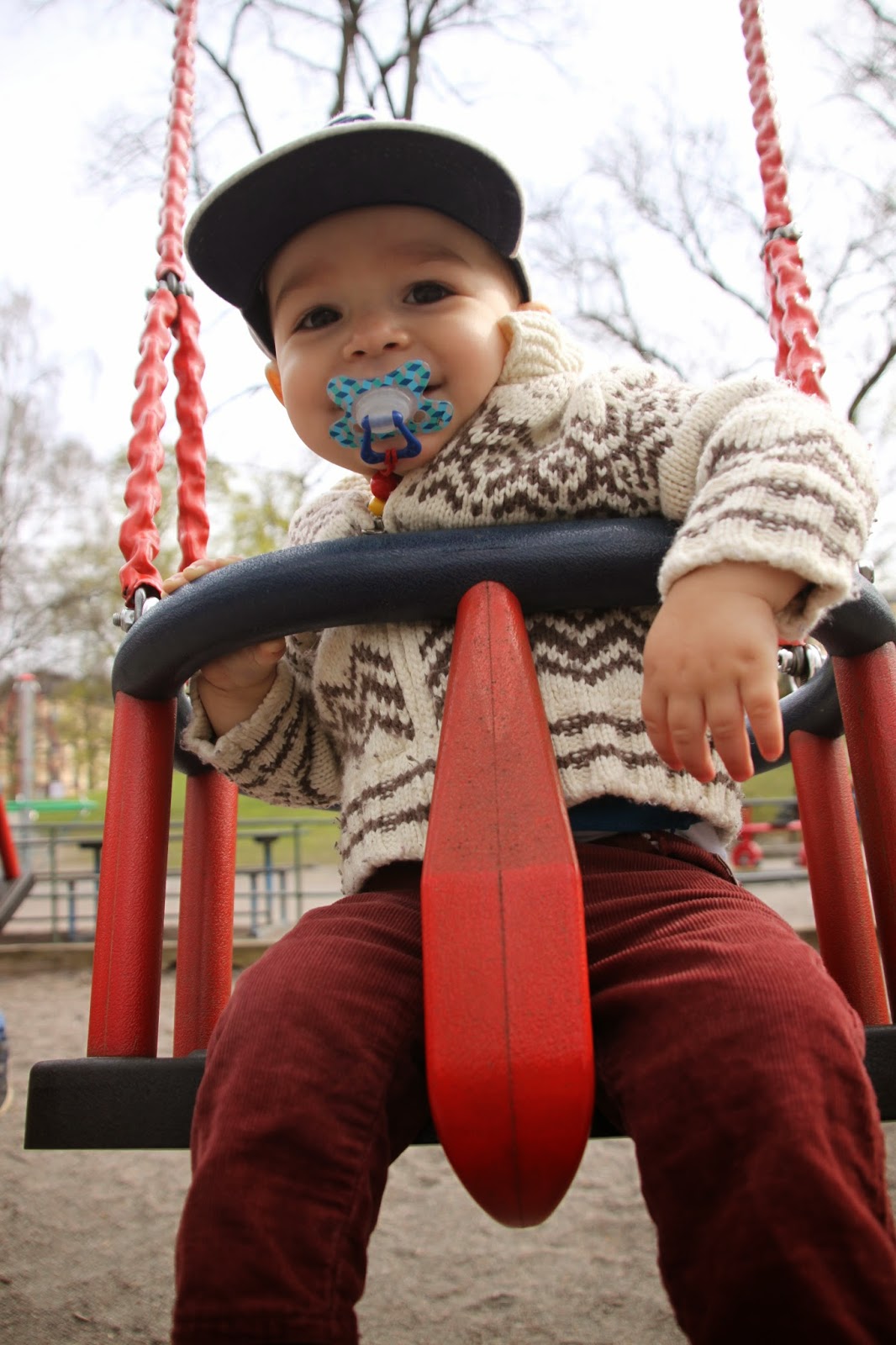 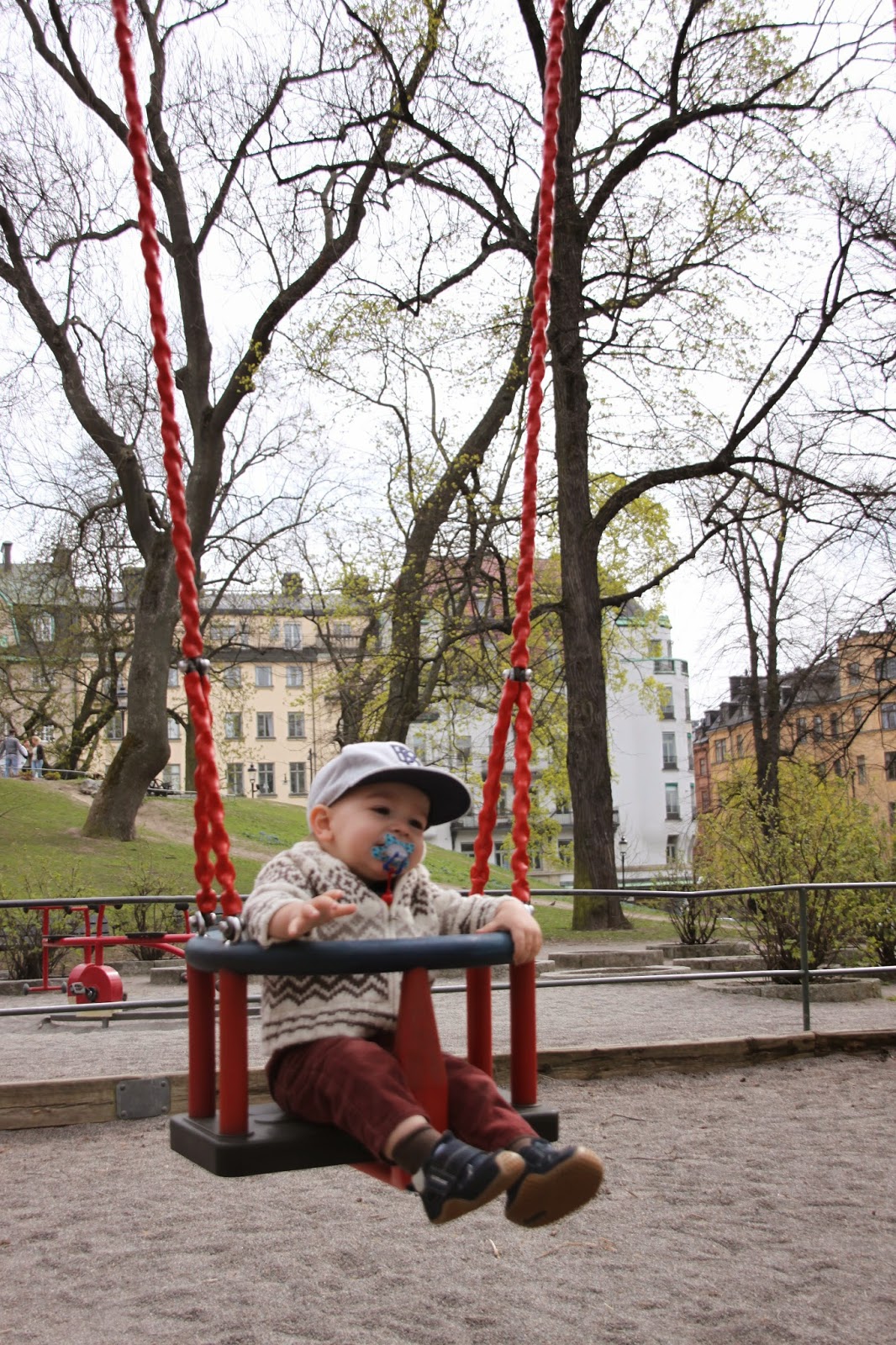 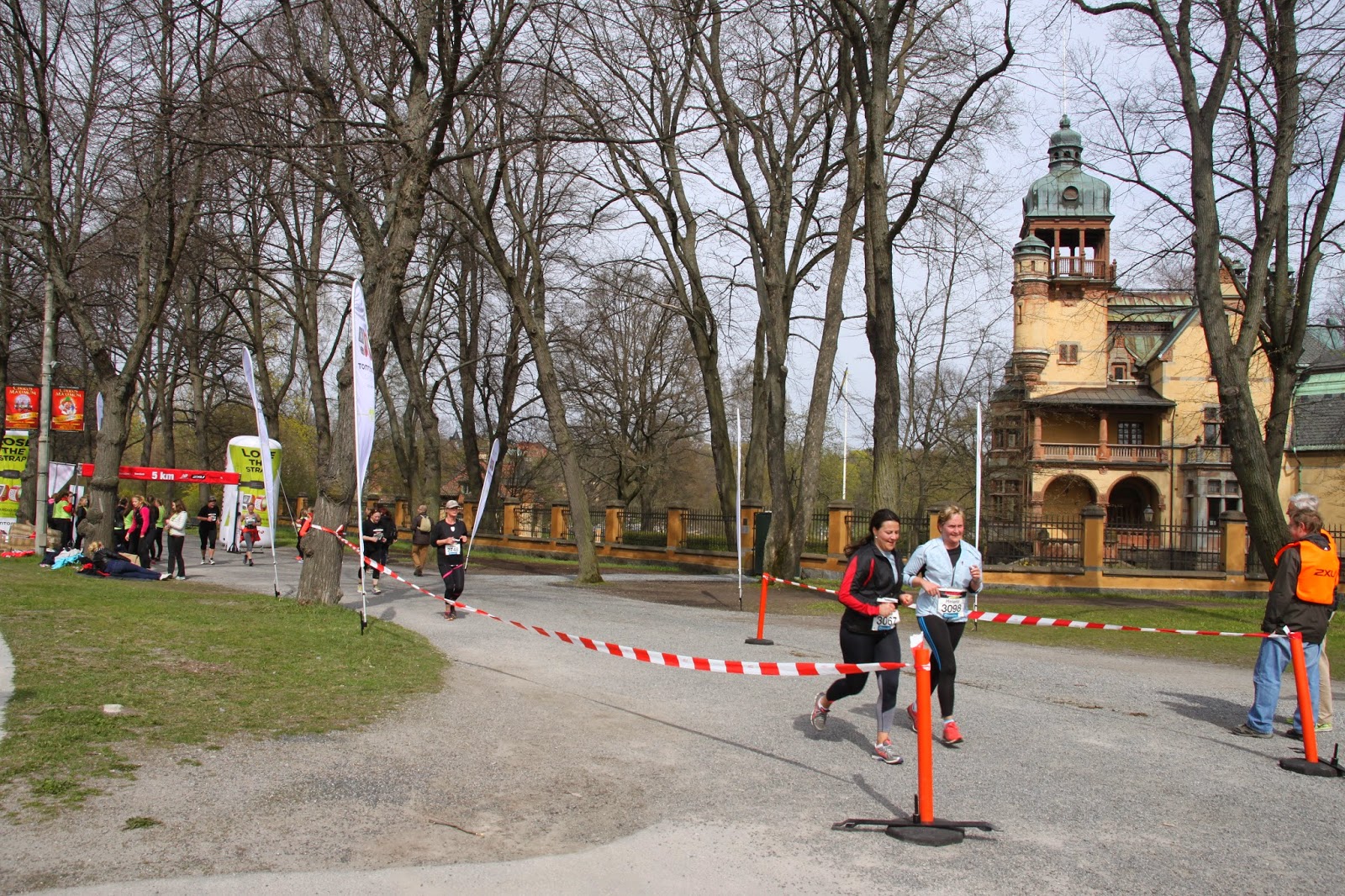 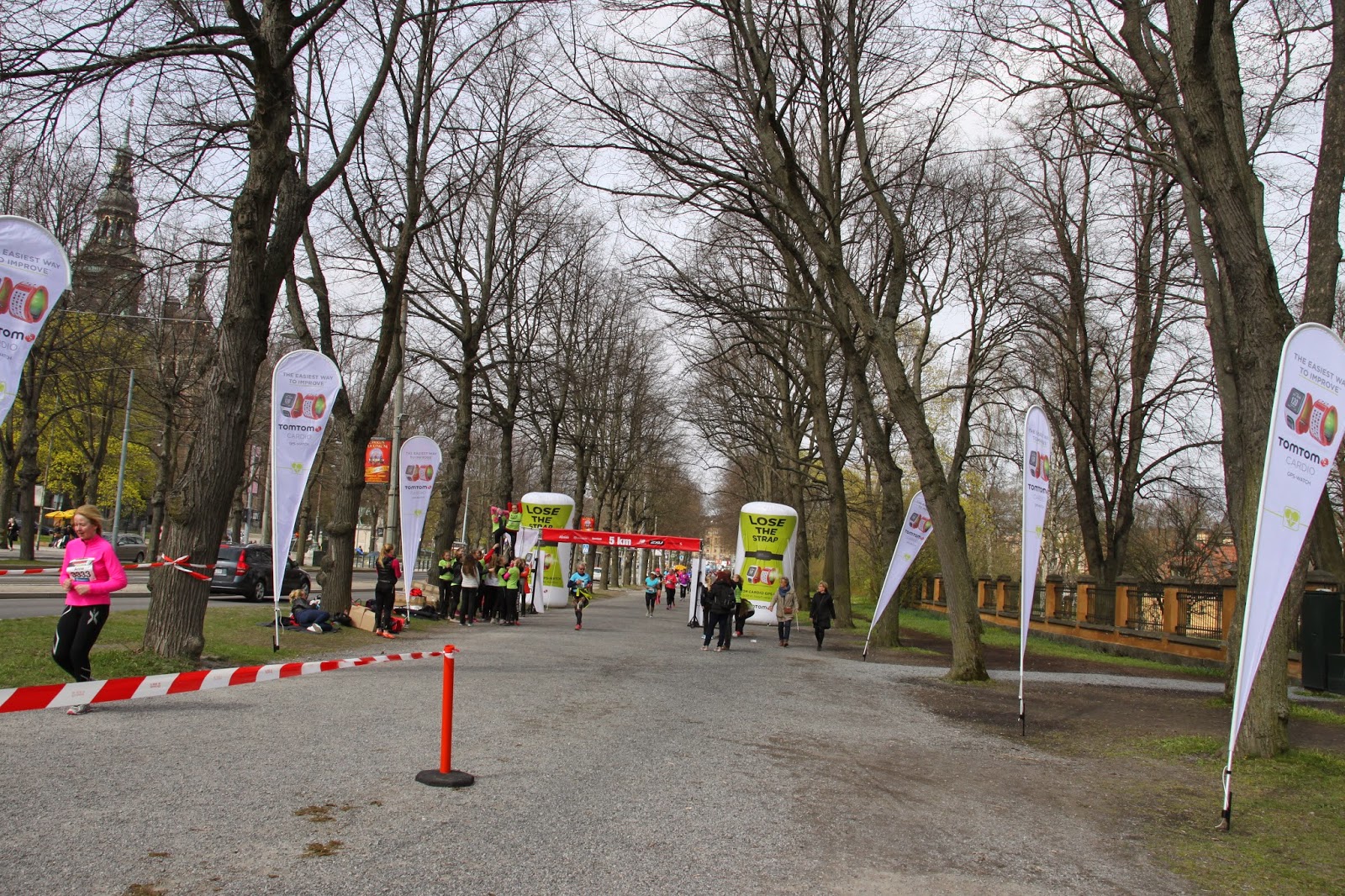 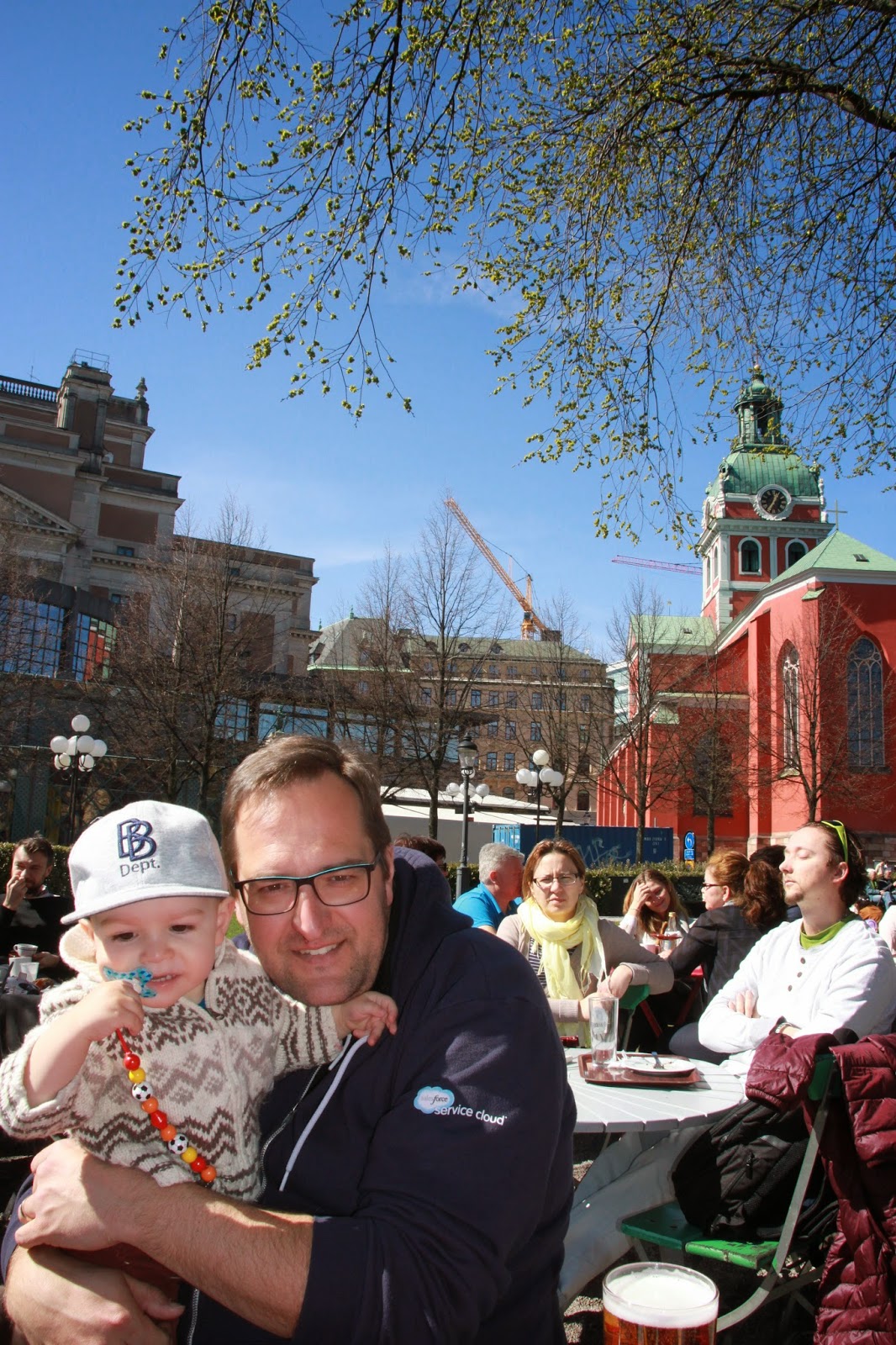 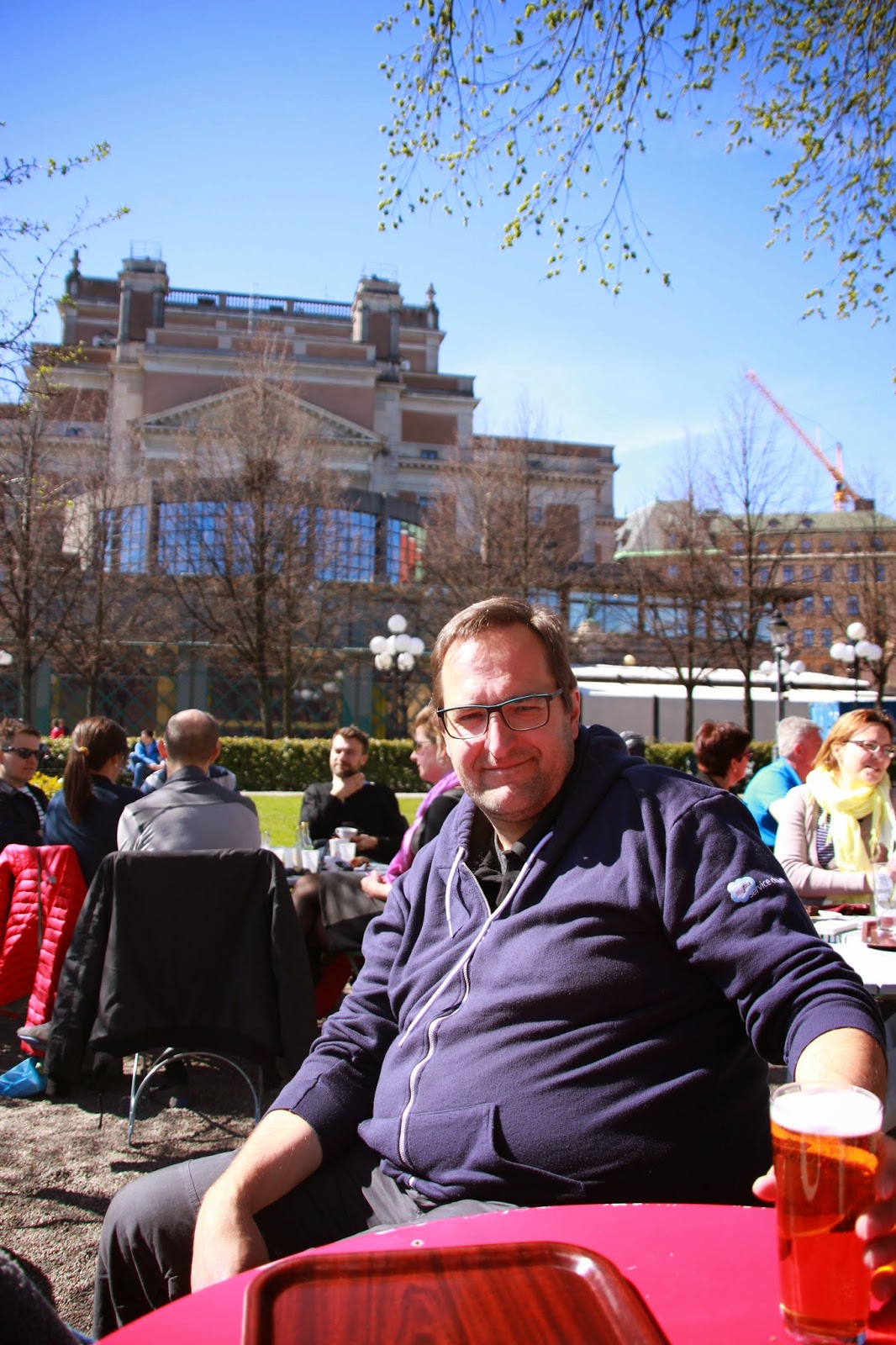 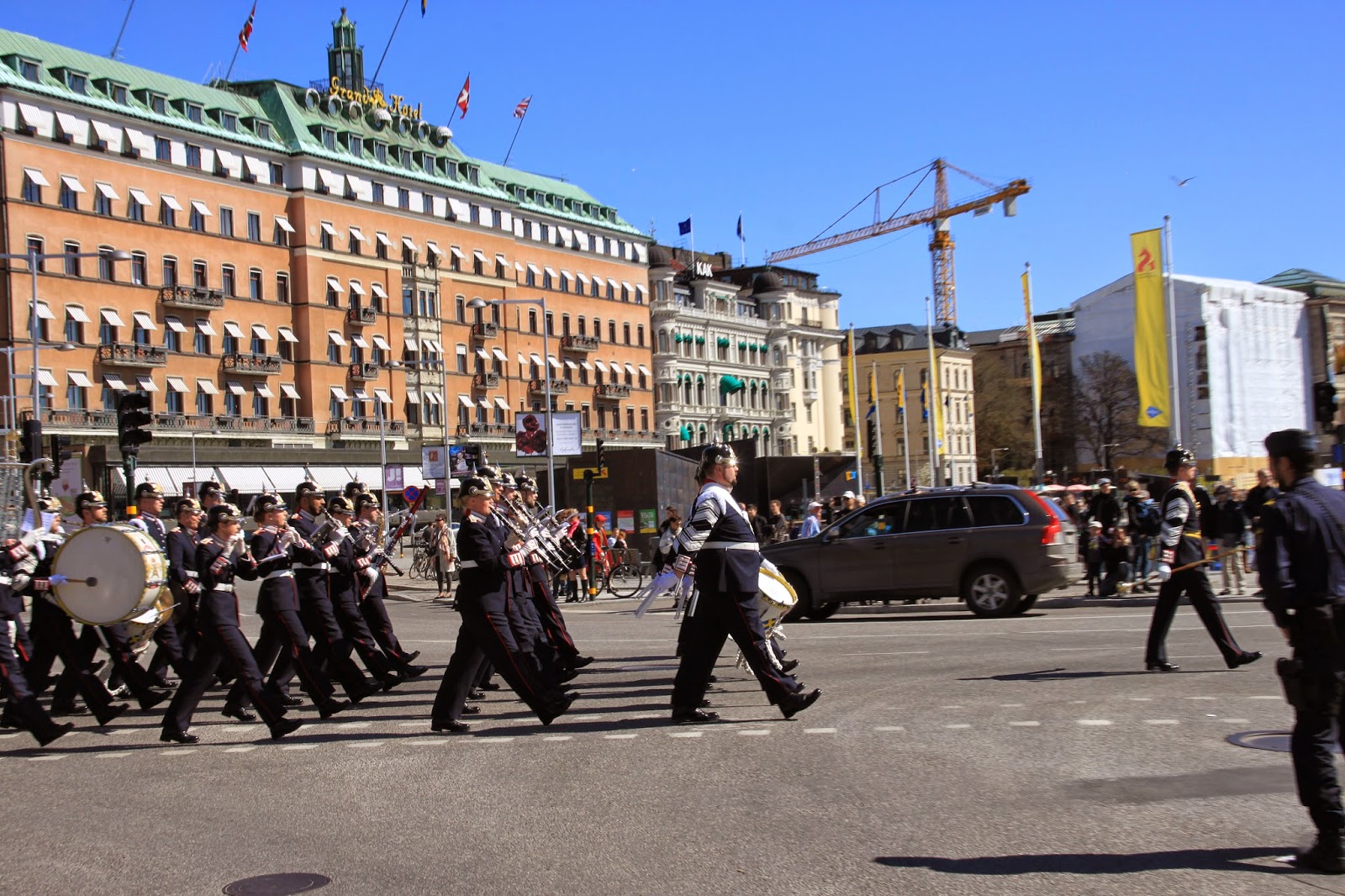 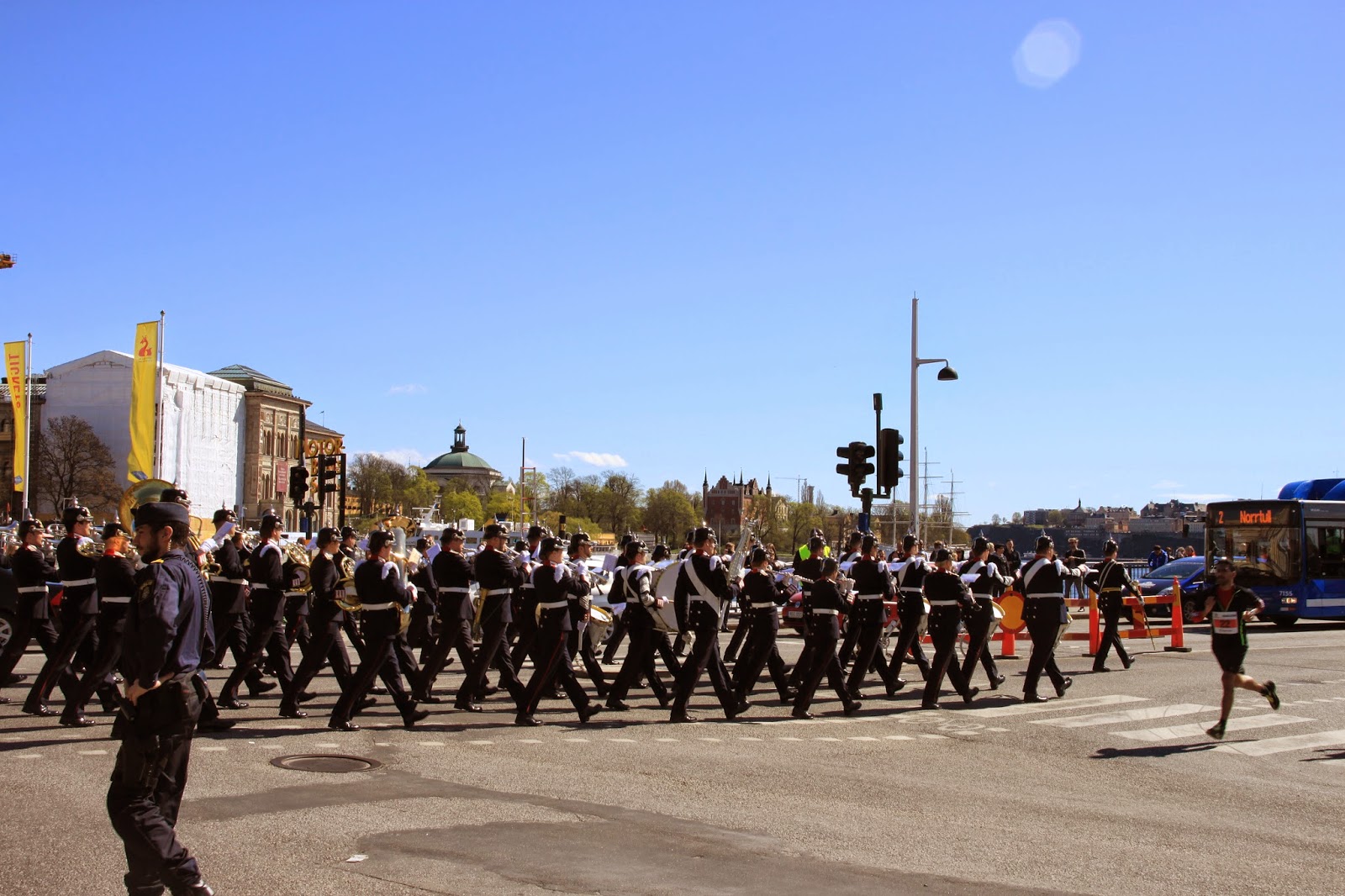 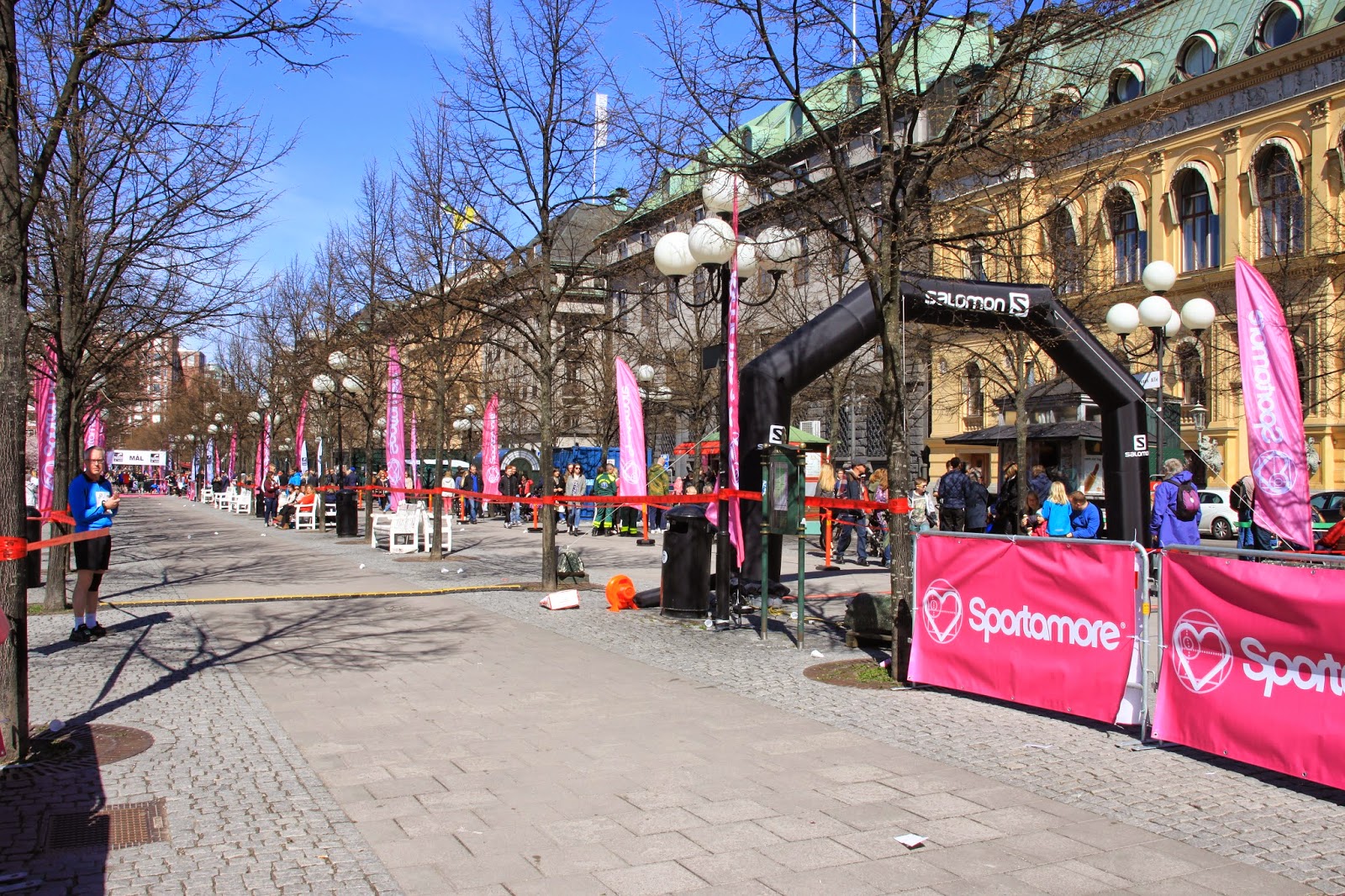 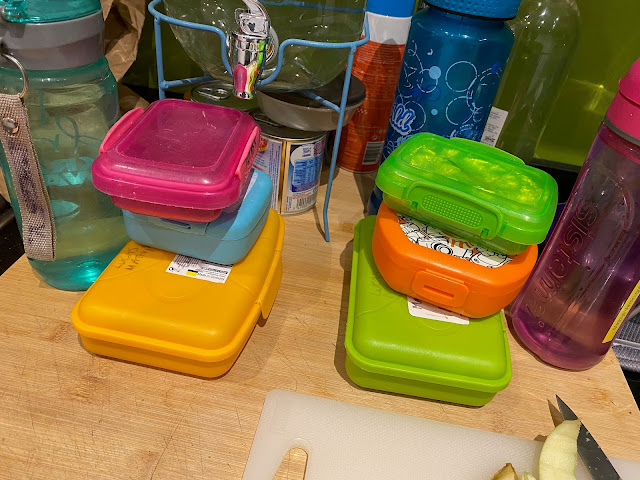 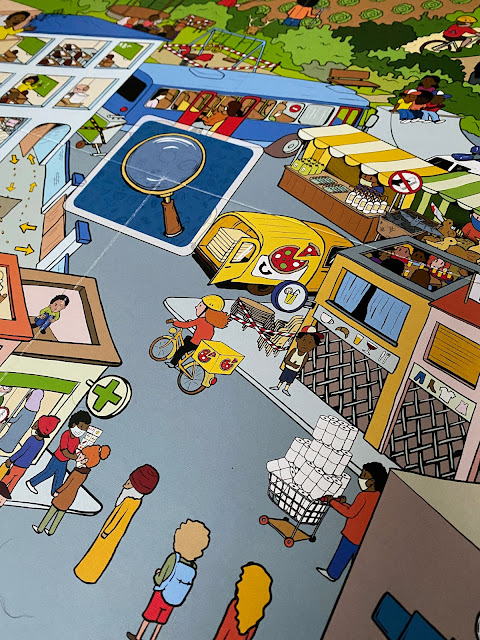 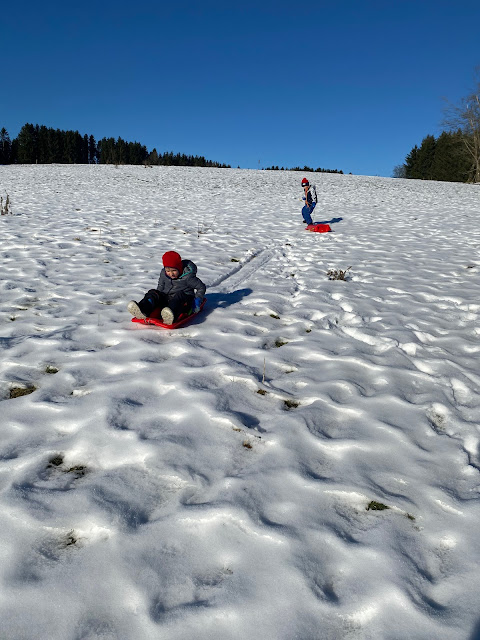 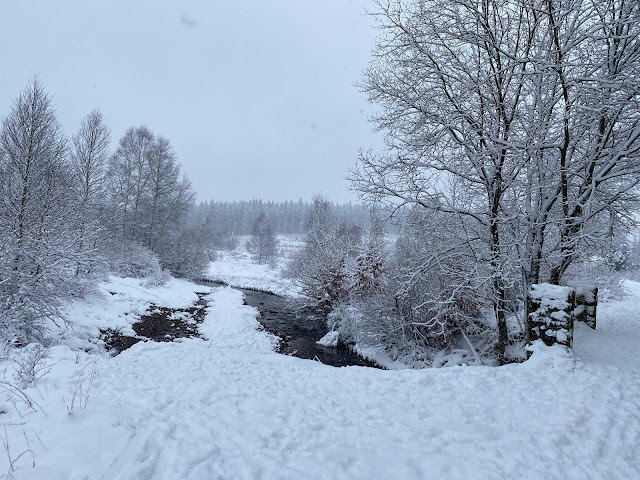 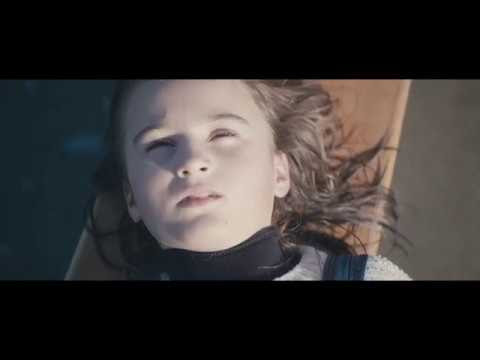 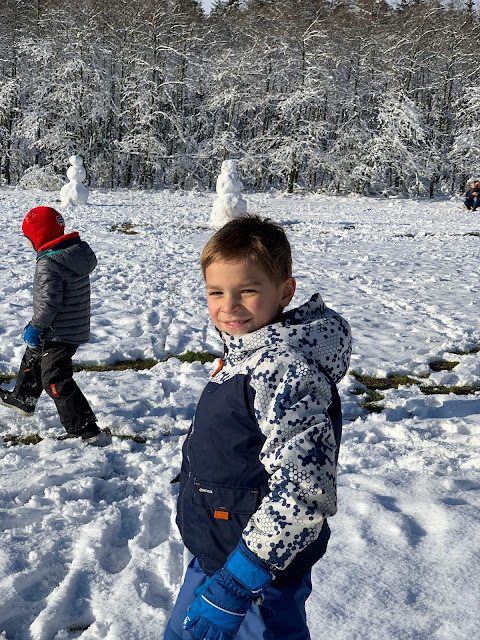 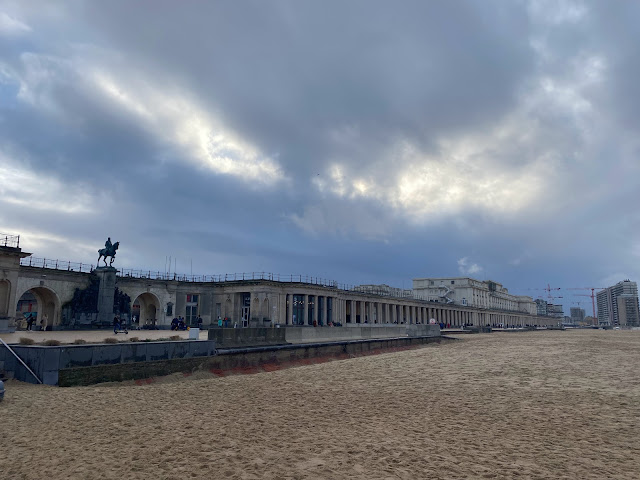