April had a background theme: when will the chicken-pox arrive in our house and when will it leave.  Well, we're almost done now.

At the start of April we learned that chicken-pox had entered in the daycare.  During 2 weeks one child after another got infected and I checked the calendar to calculate the risk we'd miss out on this or that appointment. I calculated which days I might need some care-givers and when we could cover ourselves.

On the Easter weekend the first spots appeard on Beertje's belly. Just before the pharmacies closed for the long weekend, I quickly got all medication in that we'd need for an outbreak.  Fortunately little kids do not seem to suffer enourmously: 2 evenings with fever and one restless night but during the days he seemed happy. 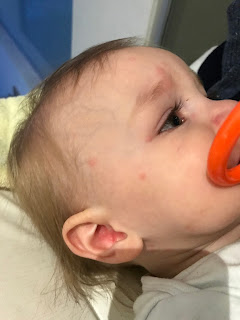 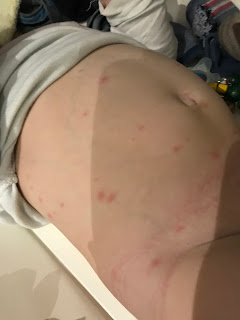 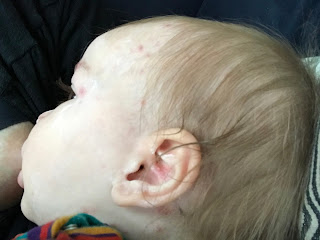 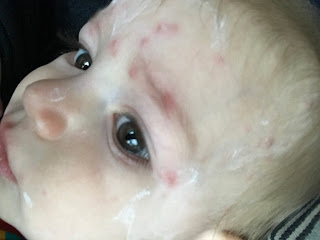 Then we monitored Kabouter closely.  Exactly 2 weeks later, once again conveniently in a long holiday weekend, 3 spots appeared but nothing more on that day. The next day there was no more doubt however. The poor little guy understood very well what was going on as he had seen it with his best friend and his little brother. He panicked when he was itchy and he wanted to scratch.   After 2 days of fever, the worst seemed to pass too. And now a week ago, the spots are disappearing.  So I guess we're done and over with this now. Glad it's over although it wasn't so bad as I thought it would be. 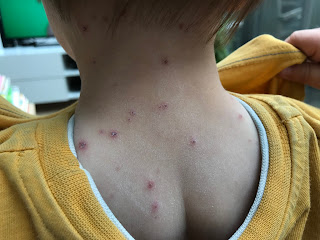 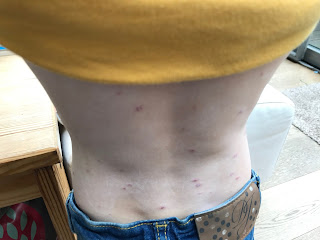