Since 2013 the men of the year 1973 have relaunched the folklore of giants in Leuven. They have given the city a new giant and relaunched the tradition of a giant parade every 3 years.

This year the men of the year 1952, 62, 72 had the concession of a big bar tent at the main square so Jan was quite busy with all preparations this week. As a result we had not seen him very much this week. At lunch time we joined him downtown for a quick lunch after which I joined the helpers. Beertje's godfather was so kind to take the boys for some walking and shopping in the city until the parade came by. 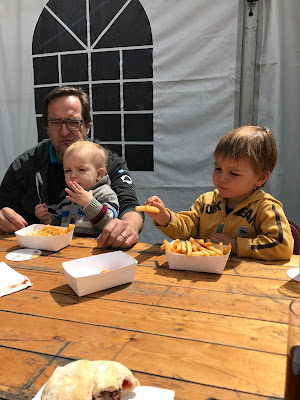 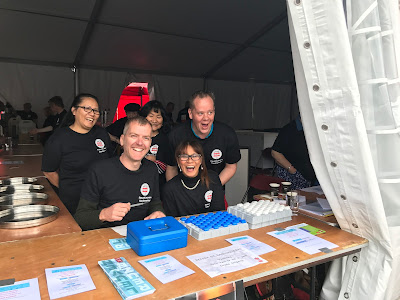 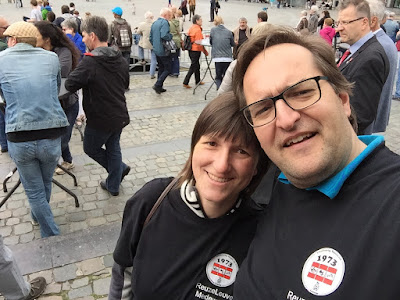 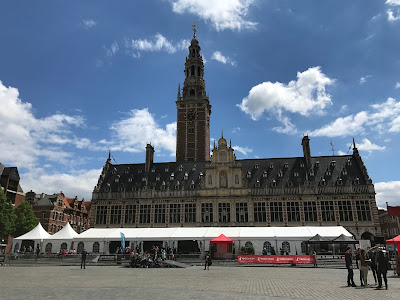 It was rather quiet until the parade had passed by. As a result the ratio of helpers was too high and I could watch some of the giants passing by in the parade.  Before and after a knights re-enacting organisation gave some tournament demonstrations on the square. 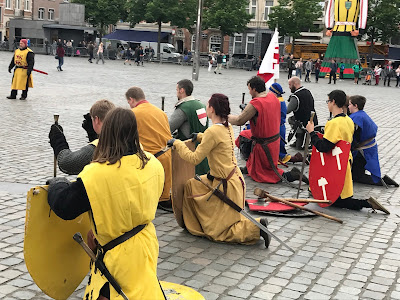 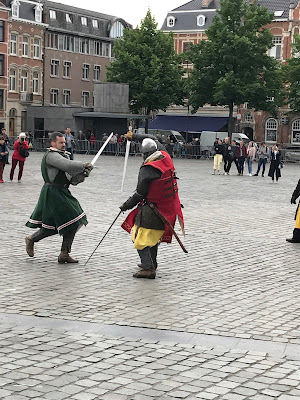 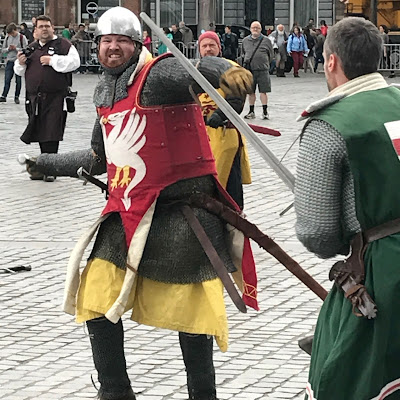 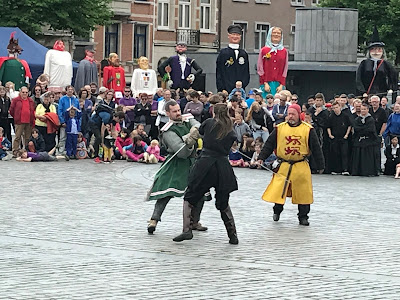 In the middle of the afternoon it was finally time for the giants. The biggest one had been installed on the square as the structure was too heavy to parade through the city.  All the others enjoyed a stroll through the city. 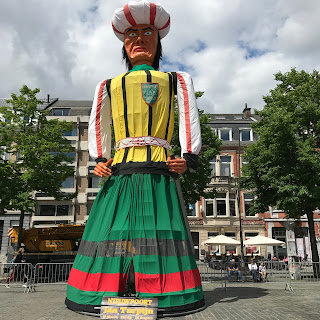 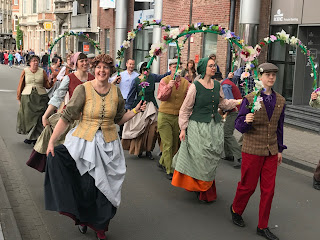 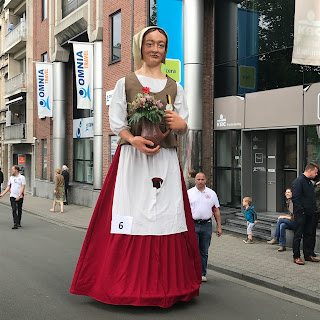 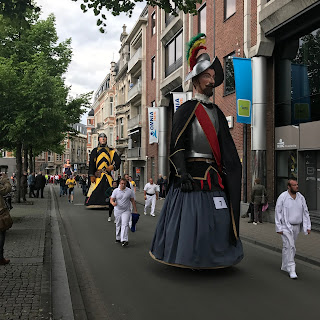 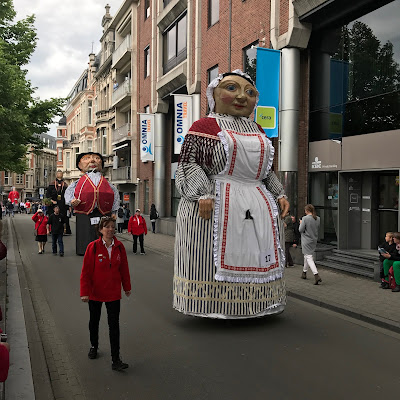 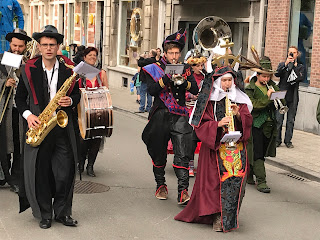 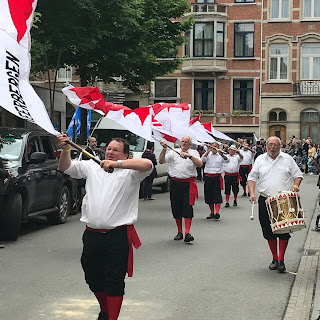 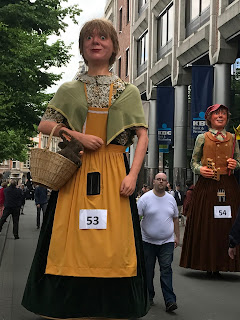 At the end of the afternoon all giants arrived on the square again together with a big curious crowd.  One of the Leuven giants got baptised by the priest and it all ended with a giant dance. 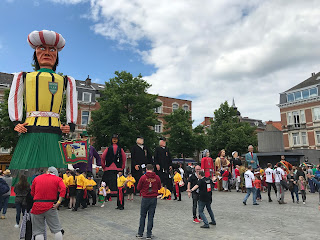 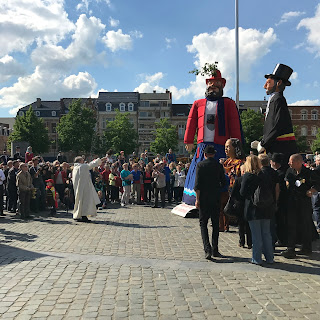 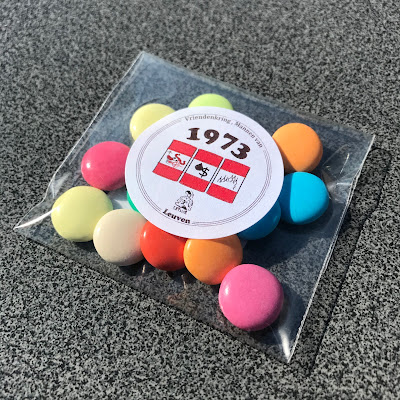 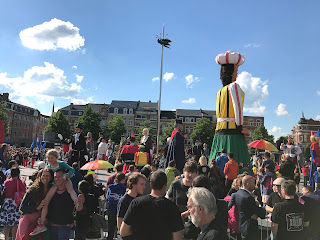