The fair in Heverlee

The chicken-pox that didn't seem to harm Kabouter on Sunday, was bothering him way more on Monday. Fortunately it was a holiday and we decided - once again, it's becoming a trend - against driving to the Ardennes.  He spent most of the day lazily in the sofa while I achieved some chores that I dislike and always postpone.


In the middle of the afternoon, Kabouter's energy had a setback, he became quite clingy and in the end he requested himself to have a rest in his bed "but we had to wake him up when his best buddy would go to the fair".    Sure enough he was just asleep when we got a text message from his friend's mom that they would leave for the fair.  I intended to let him sleep for a while first, but surely he must have known as he woke up.  The idea of going to the fair totally cured him temporarily. 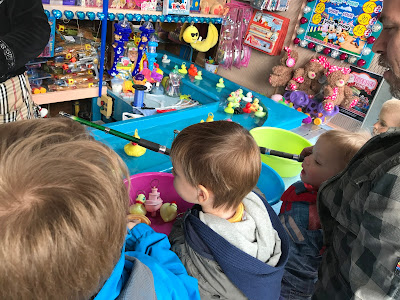 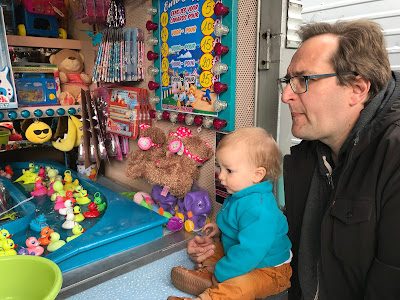 After fishing for a present, both friends looked around at the fair where to go next.  They were so cute together in the seriousness while reviewing their options. While they're just 3,5, I saw 2 teenagers hanging out later on, a bit bored, contemplating what they'd do and checking with each other. Finally they choose the kid's carroussel where they all had some rides. Even Beertje had his first fair experience on the carroussel and he clearly enjoyed it. 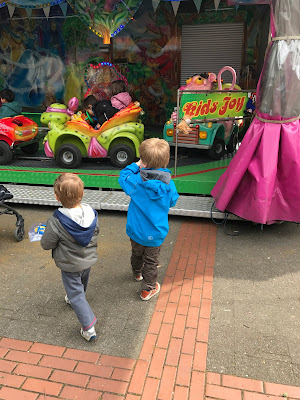 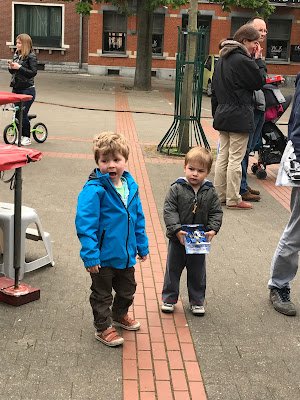 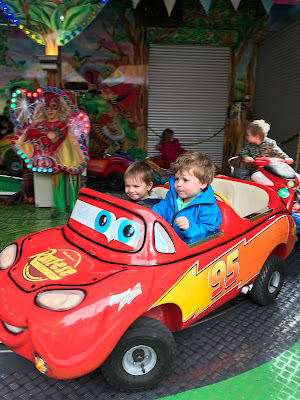 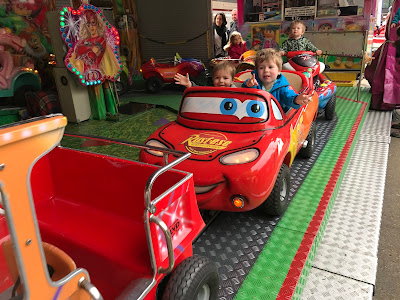 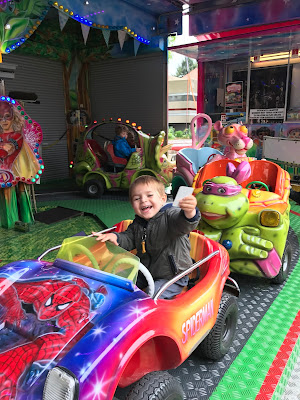 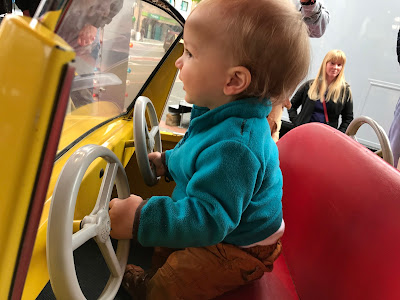 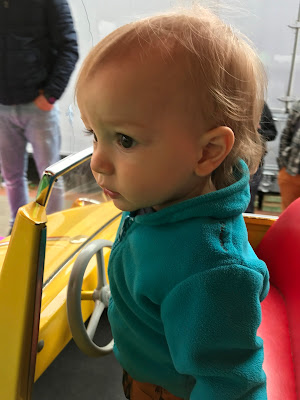 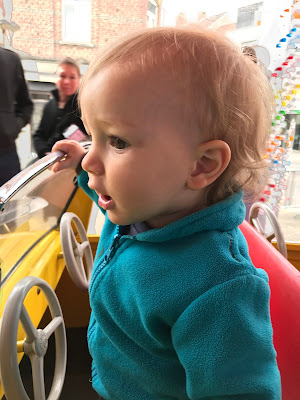 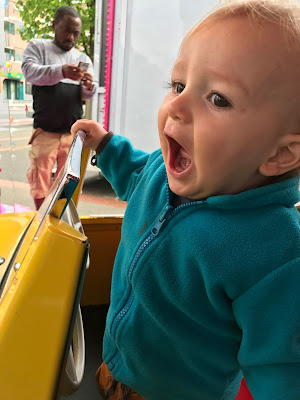 After their rides, we spent some more time on the nearby playground. When fatigue started to show, we all returned home.  Kabouter had probably overdone his little break outside a bit, as he suffered from the itching and from a new fever wave. The first part of the night was restless and interrupted.   Oh well, at least he was distracted from his chicken pox for a bit this afternoon. 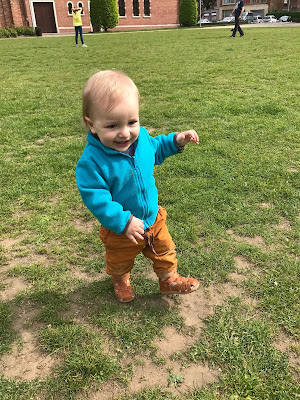 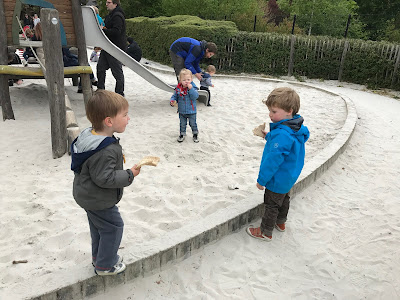 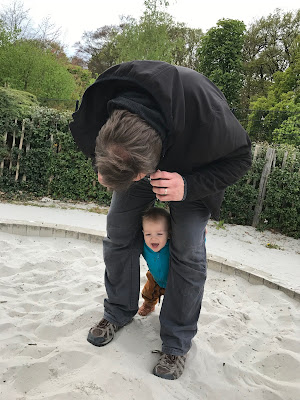 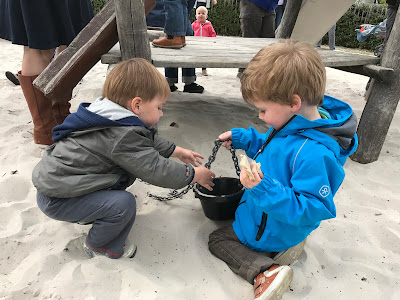 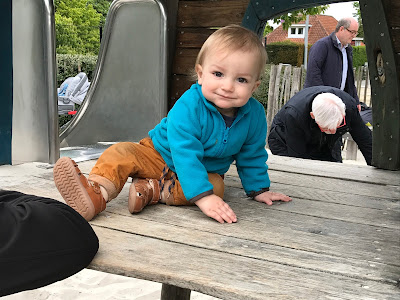