By the time we left the Magic Kingdom it was 4.30 PM so we decided we could pull of a quick visit to Epcot with our park hopper passes.  Unfortunately the monorail from the Magic Kingdom to Epcot didn't run and the replacing busses refused (once again) to take us with Beertje sleeping in his stroller. Since we had no intention to wake up Beertje from his much needed nap, we took our car to drive to the nearby Epcot park.  We put one sleeping child into the car...and took out 2 sleeping children 5 minutes later.

Epcot, short of "Experimental Prototype Community Of Tomorrow" is conceived as an educational showcase of the Future world (innovations and technology) and a World Fair with pavilions from around the globe. 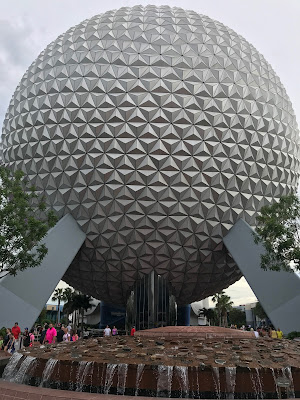 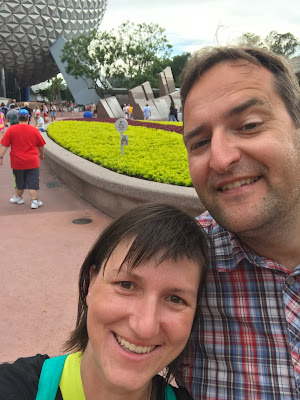 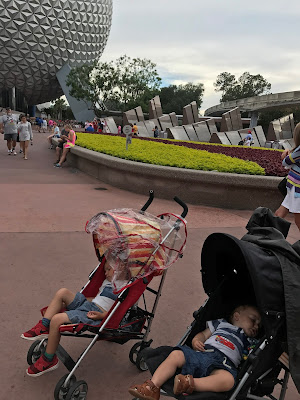 After a day in The Magic Kingdom, Epcot felt like a relief.  The park is twice as big but there is far less people. There are no thrilling rides, no music playing everywhere etc.  Once there it became clear that we had had an overload of stimuli all day and now finally our senses could relax again.   Aaaagh zen.

With 2 sleeping children in the strollers, we walked at ease around the lake and all the showcases from all countries round the world: Mexican temples, a Norvegian wooden church, a Chinese temple, a German biergarten, an Italian Piazza etc... Each are accompanied with a regional restaurant with delicious smells, aligned gentle music and funny enough appropriate alcohol (which isn't for sale in the Magic Kingdom).
So we had a drink and watched a few dozens of floats maneuvering on the lake to prepare for the daily light and fireworks show in the park. Wow...what amount of  money is getting shot into the air each night? 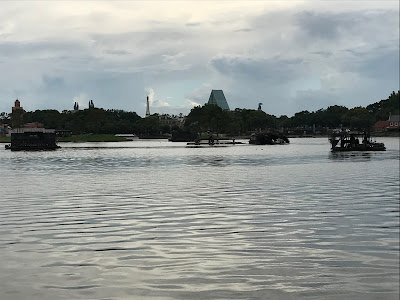 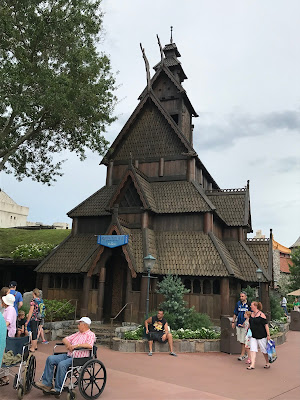 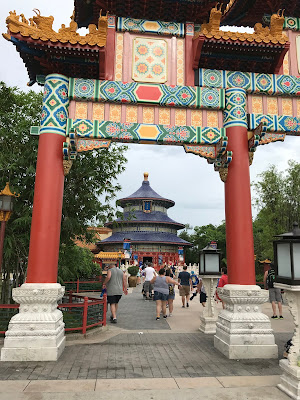 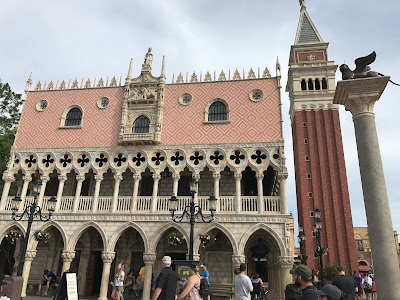 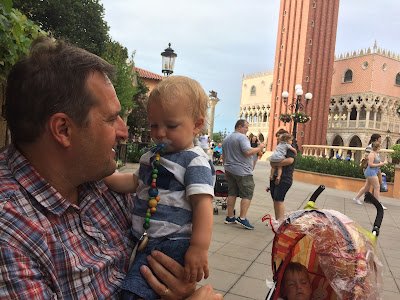 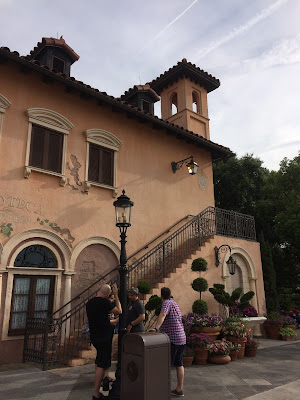 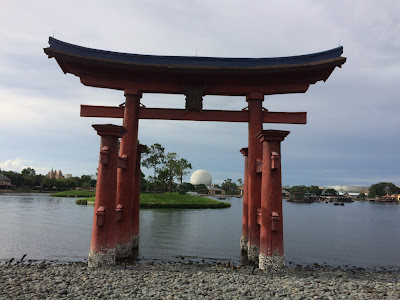 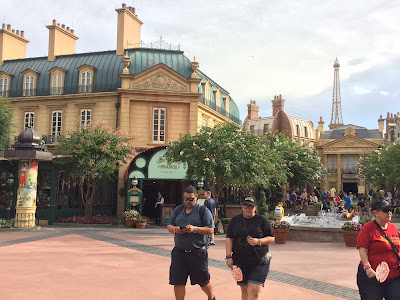 The advantage of Epcot over The Magic Kingdom is also the easiness to meet Disney characters. While in the Magic Kingdom the waiting lines are depressing, they seemed max 10 people in Epcot so Kabouter was thrilled to be able to greet some more Mickey friends closeby (although he slept through several on our walk).  Beertje thought Pluto's ears were hilarious. 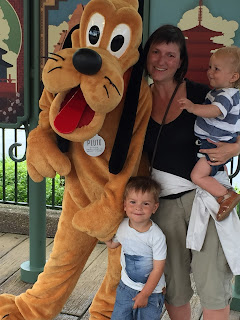 While walking we had checked availability in the restaurants in the park with the excellent Disneyworld app and had finally decided to go to the Norvegian fish restaurant as that is not something you can visit each day.   Much to our surprise the host told us when we arrived to wait a few more minutes and get our cameras and autograph book ready as the princess would be ready any moment.
Wait, what, princess?

Much to our ignorance but much to Kabouter's delight we had selected a restaurant with "characters" present: all Frozen princesses and some other princesses were visiting all tables for a short chat and a picture opportunity.  Kabouter couldn't wobble more to look around and check out where the next princess would come and whether he'd be the next lucky one.
The food was excellent: a excellent appetizer buffet, then a choice of entree and then a sharing plate of desserts.  The princesses kept well track of children that were at the buffet to return for a visit when we were back at our spot....real professionals! The bill was in proportion. 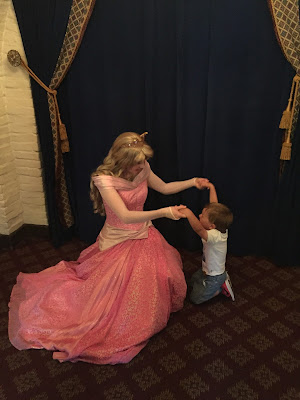 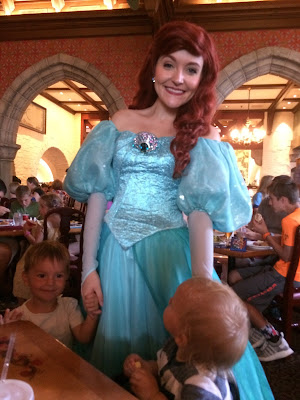 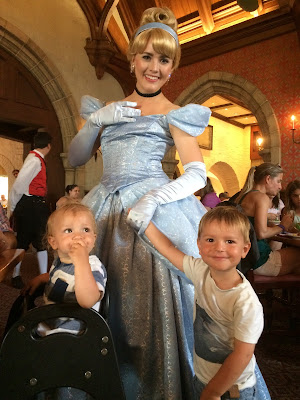 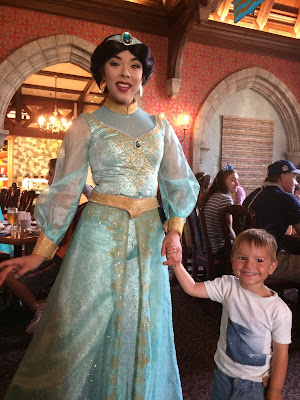 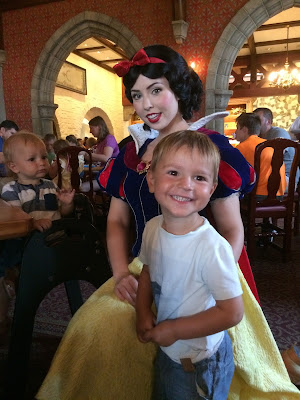 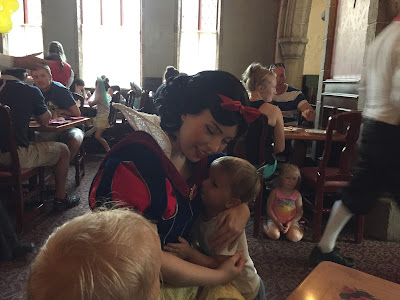 In the golden evening sun we were very happy to return to our hotel to get some rest after a very filled day. 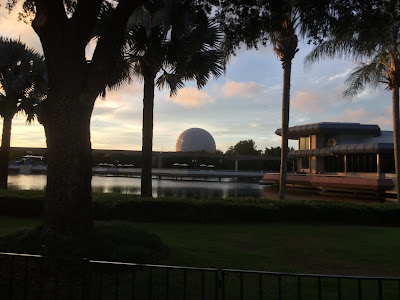 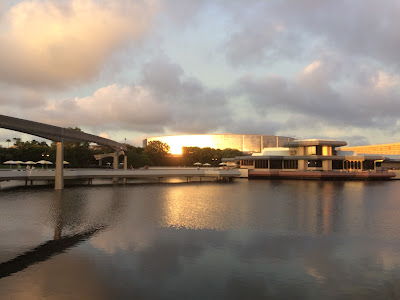 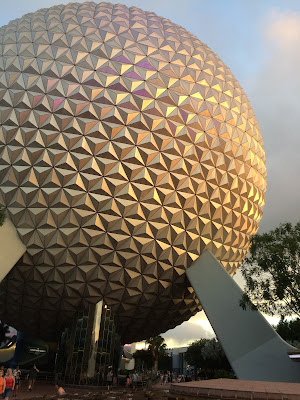