Abrahamday and the arrival of the fair

Previous Saturday we discovered that the yearly floral carpet was under construction at the Big Market Square in Leuven. That's a real visual treat. 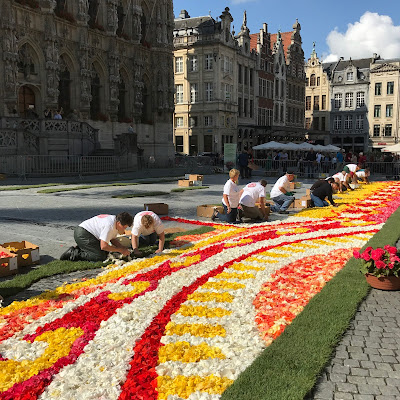 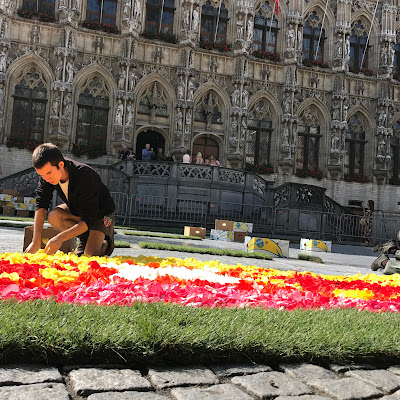 The start of September is a busy moment for the "Men of the year", the groups of men organised by birth year.  The UNESCO recognised tradition celebrates the men of the year that celebrate their 50th birthday that year (=> they've seen Abraham) while they welcome the new group of those that turn 40.

After we all had had a nap (I was suffering from a very bad cold over the weekend), I had lined up the children in the park so they'd get a good view on the marching band coming by during those "Abraham" celebrations. But the traditional speeches took so long that we couldn't wait any longer for them to go to their hairdresser appointment. 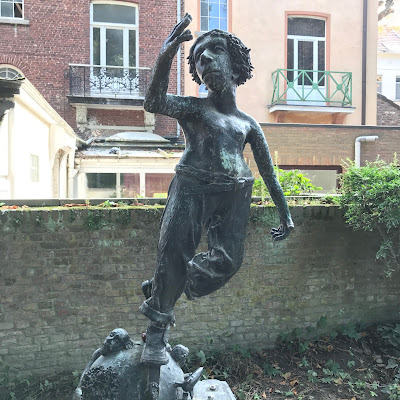 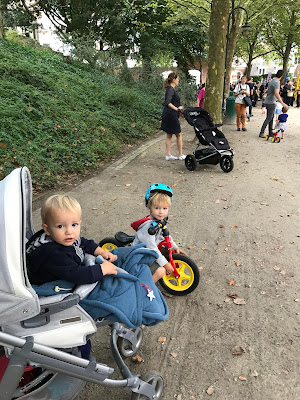 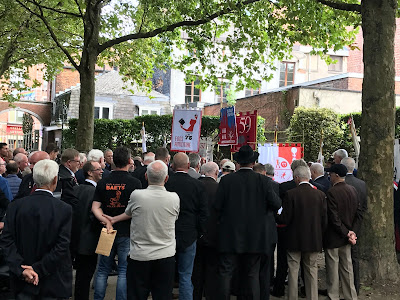 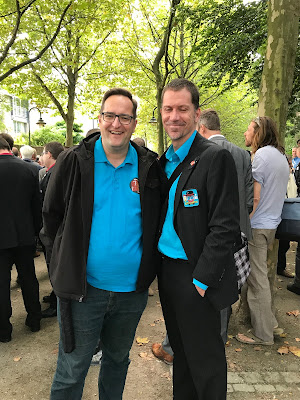 Fortunately Leuven is a tiny city, so we managed to go to the hairdresser, have a long wait there, get an ice-cream and then return to the Abraham day in the park by the end of the reception. We joined the 2nd part of the parade and marched behind the band and flags towards the sculpture of Fonske, the fountain of wisdom. He gets traditionally dressed with the suit of the Men of the year that saw Abraham. 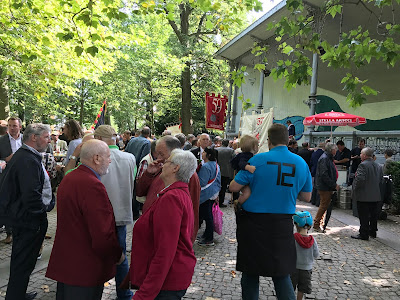 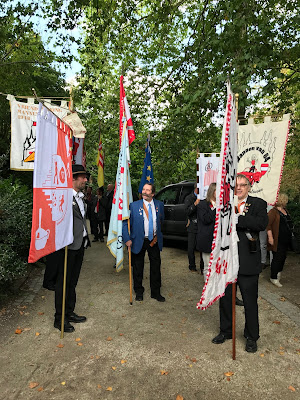 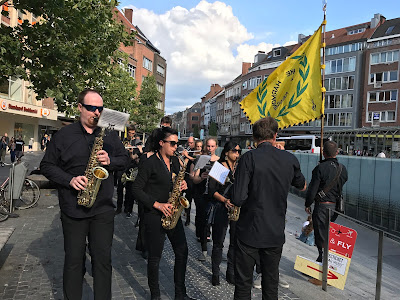 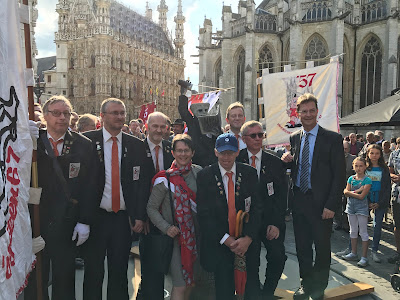 The parade dissolved itself on the fair. Kabouter had made the choice earlier to get an ice-cream rather than to do an activity on the fair. I was so proud, but also so surprised to see him explore the fair with great detail...observing each stand, approaching some of them for a close look, admiring the lights and movements, returning to us and then continuing his exploration of the big filled squares. He didn't utter a word and I almost pitied him for his promise. As a reward for behaving so well and not whining or asking anything, he got to fish some ducks with his brother, just before we'd leave the fair on our way home.  After which he promptly asked to ride some carousels as well but then the answer was no again. You really can't have it all in life. 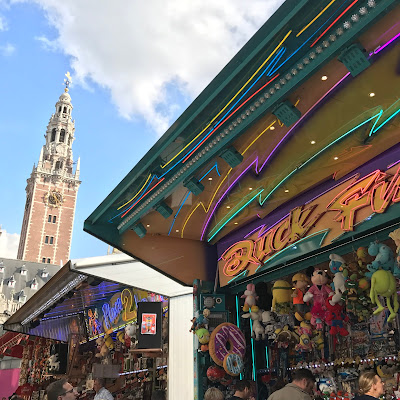 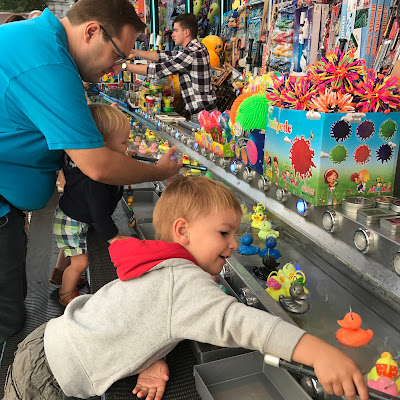 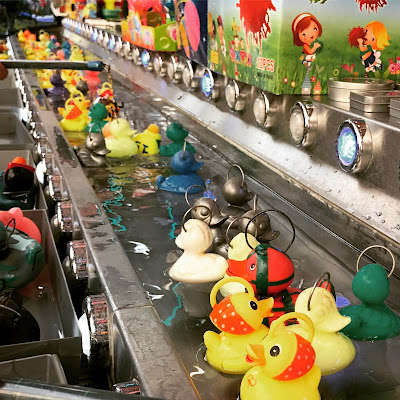 Apparently we had just missed his best friend on the fair, but some text messages later we were all on a big terrace in our neighbourhood having a spaghetti and a drink. Another easy evening before it was an early bedtime again.