At the end of August, Leuven welcomed its yearly summer foodtruck festival again.  Excellent destination for very tired parents that want to avoid grocery shopping and cooking.  Additionally we knew some friends would head there as well for their dinner and we had a good time last summer (when we missed the entire car-free part but were still in time to grab a bite). So at the end of the car free day in Leuven, we visited the 2nd edition of the Straatbuffet Foodtruck festival.

Kabouter turned into an ice cream monster this summer, so he was right away determined to eat an ice cream and had the talent to spot the right truck immediately on the terrain.  He shared spontaneously and very sweet with his little brother though. 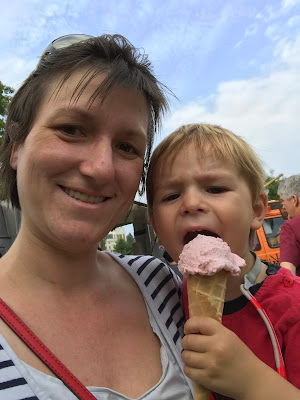 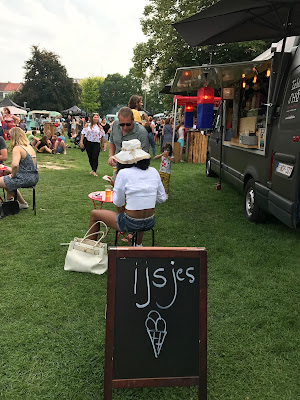 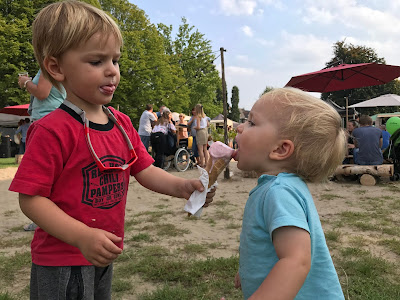 Afterwards the boys and their friends chose to eat fries (with loads of ketchup and mayonnaise) so within seconds their ice-cream face was advanced with sauces which mixed well with the sand in which they went to play constantly. After 5 attempts to clean their faces and hands in between taking bites and playing I gave up. It was impossible to keep them clean so I just hoped the activity would boost their immunity. 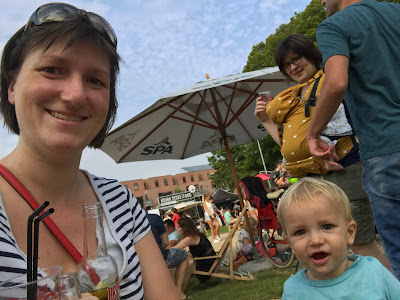 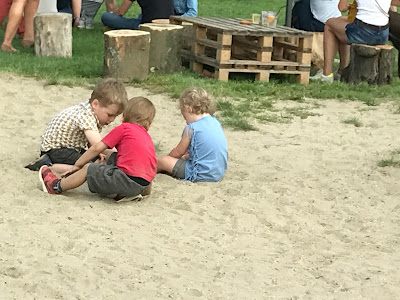 All adults alternatingly went to choose some food while the remainder of us chilled on a tree trunk while keeping an eye on the running/rolling children and the exact spots where they were burying toys in the sand. I enjoyed some Korean and Thai food. 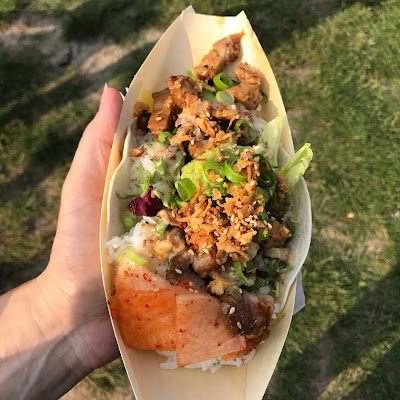 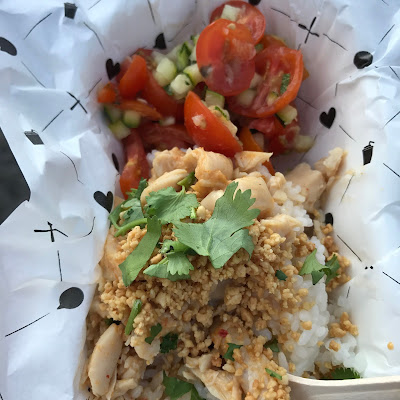 After a while the sand was boring to the children so we all moved with food and strollers to the playground next to it where they added some chalk traces on their clothes and messy faces. 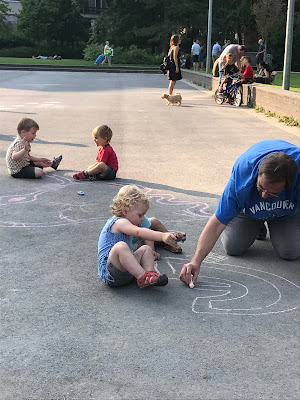 I couldn't take a close-up picture that showed their state of sticky faces, black hands feet and legs and stained clothes but let's say we brought home 2 little pigs that needed a bath urgently and that afterwards we had to spend time to rinse out the dirty traces in the bath tub!
We crossed someone on our way back home who commented "You look like you've just enjoyed the best day of summer today" and I took it as a compliment.  Yep, it was a good lazy day. Remind me next summer that we ensure not to be elsewhere when the car free day + food truck festival is in the city. 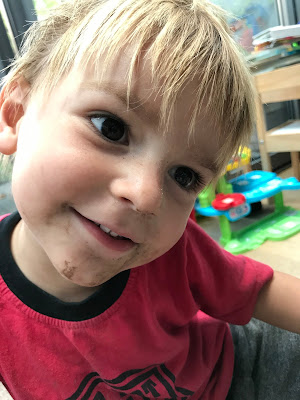 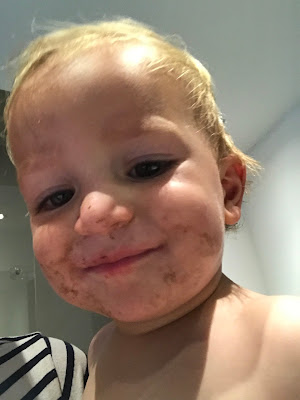