Getting out in the high fenns

After previous busy triple birthday party weekend, I had planned a lazy weekend out in the Ardennes to reload the batteries.

Unfortunately we could not leave immediately as Kabouter was invited to a birthday party  (lucky him...but I cursed that for the first time his kid's activities determine our agenda. I suppose I'll have to get used to that, but pffff).  Unfortunately Jan had a backlash from jetlag, a week of bad sleep combined with a hectic stressful workweek and lots of recent travelling and some of Beertje's shared virusses. We discussed whether we'd drive up to the Ardennes at all, if we'd only lay in the sofa there anyhow.  But I felt energetic, I really looked forward to going out on the woods in the predicted nice fall weather and I realised I don't relax at home to the same degree where I see the load of eternal ignored chores to do around me. It seemed like ages since we were in the Ardennes and our agenda will not allow us to go very much in the next weeks either.

In the end we did go to the Ardennes and Jan rested. Kabouter wanted to play indoor so I took the opportunity to go out for a walk with Beertje alone.  This allowed me to chose non-stroller accessible trails and walk at my own speed.  We went for a walk along the edge of the protected high fenns/boglands and the woods. The underground was much more muddy than I anticipated so I had to be careful not to slip and my idea to let Beertje run around freely wasn't really an option I wanted to take anymore.
Since I didn't progress as quickly as I wanted in the mud and since I didn't want to keep Beertje strapped for hours on my belly (I knew he'd all of a sudden be tired of it), I had to return on my steps after a while. Nevertheless I really enjoyed being out in the soft October sun, in the vast open space  often with no other people in sight and to listen to the sounds of nature (birds, running water in the little creeks, etc...). It re-energized me just as I hoped it would do. 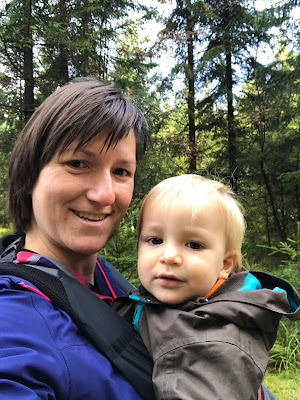 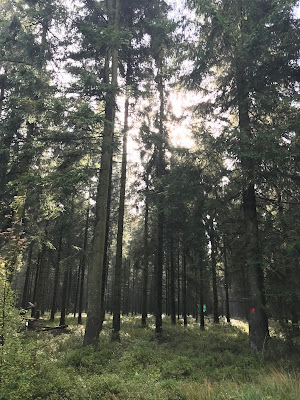 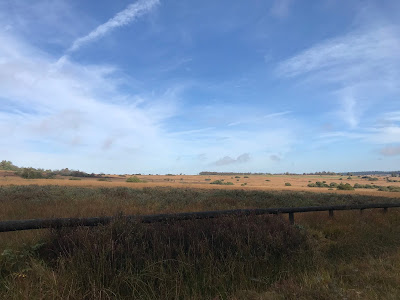 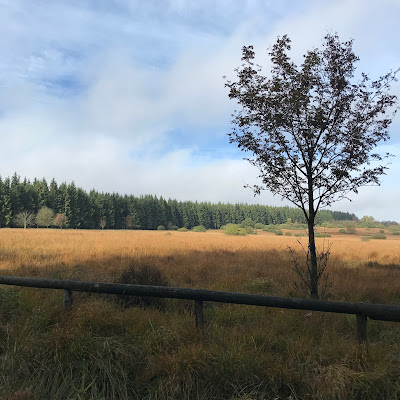 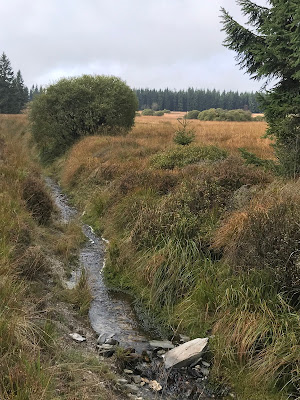 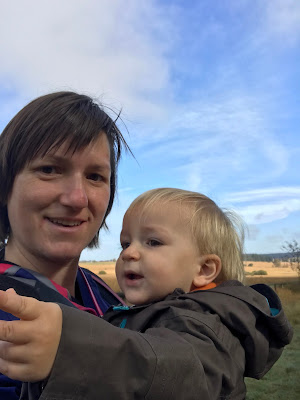