New Year's visits with new year's letters at the grandparents

Belgium has some traditions.  One of those is that children write a New Year's letter with wishes to their grandparents and god parents. They read that letter during a visit early in the new year. Small children memorise a little rhyme in school, while older children truly write a (standard class) letter.

Kabouter had crafted a cardboard "photo camera" as a prop to recite his new year's rhyme in the role of a New Year photographer. Unlike previous year where he just quickly mumbled a bit, he recited his new year's letter with pride for both of his grandparents on the 1st day of 2018.  Then it was his big nephew's turn who had written his letter in Latin! 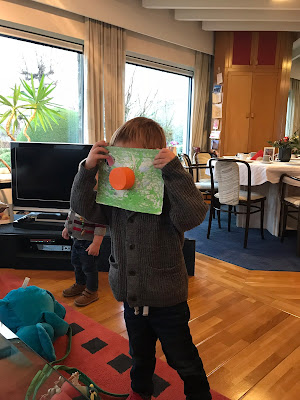 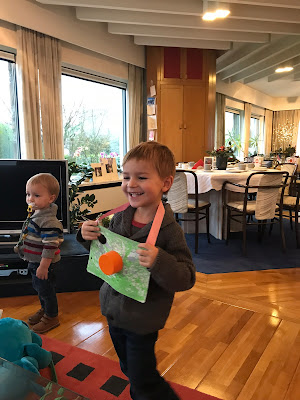 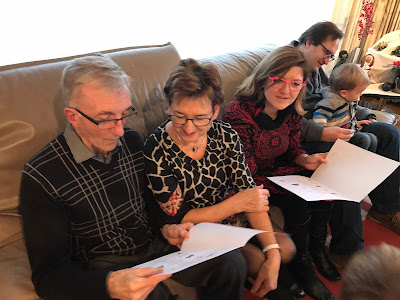 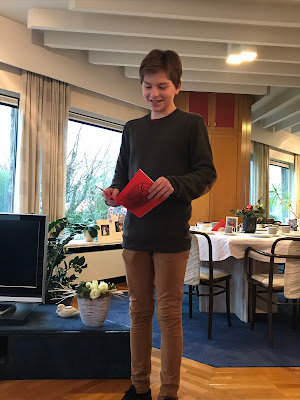 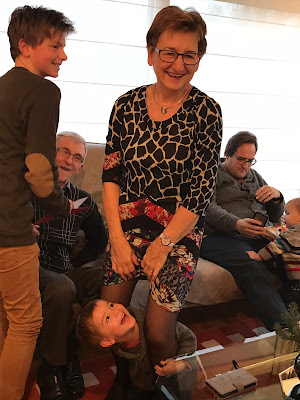 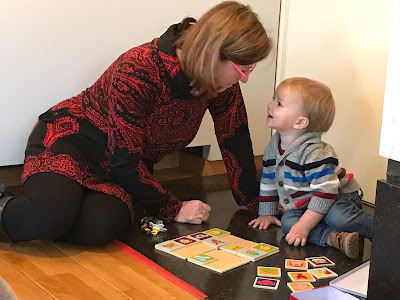 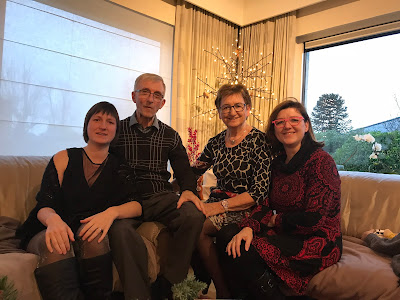 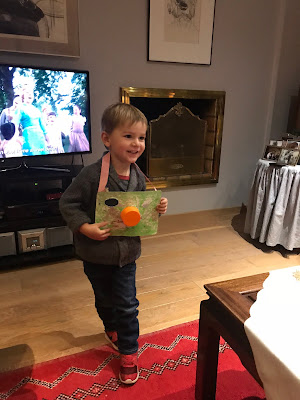 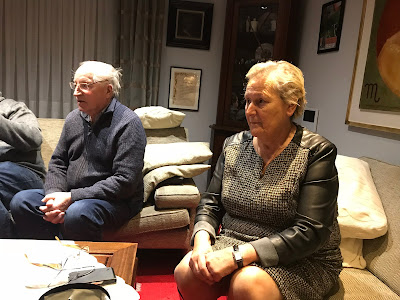 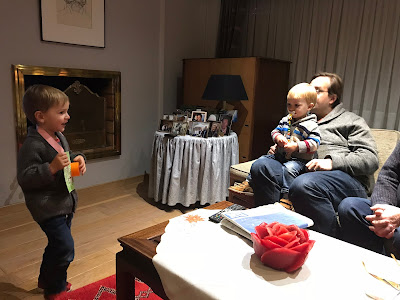