Walking through Lille of the 19th and 20th century 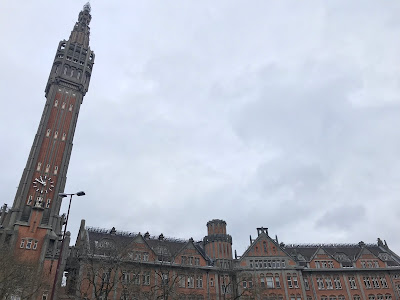 On Sunday of our girls's weekend in Lille we explored the neighbourhood of our hotel in the Saint-Saveur quarter.

We headed to the nearby city hall and its 104m high belfry tower that's been built a bit outside the city center during the city's expansion in the 1920ies. We wanted to climb the tower but it all looked rather closed and unwelcoming. We noticed a little note on the door that we had to ring the bell for safety reasons if we wanted to visit.


It was so unwelcoming that the other tourists behind us turned around.  The man behind the desk counted us dryly and stated "You are 4? Then you get the group discount".   Maybe he had overheard our joke outside that we should try to get the -18y discount and maybe he pitied us.


We climbed the 4 sets of staircases in order to reach the elevator. Why on earth did they already include an elevator during the construction of the belfry tower but did not use it to the ground floor?? Beats me. And how on earth have they not found a way in all those decades to fix that and make the belfry wheelchair accessible? Anyway, we were all mobile so we climbed the stairs but hopped in the elevator even though the lady there pointed out that the recommended way of going up was the staircase.

On the top we puzzled the views to distinguish the sites we had already visited and those we intended to visit which turned out a lot harder to do than we imagined.  We were pointing, reading the signs, turning our maps and discussing. It was quite interesting to get an entirely different view on the city.  And there were actually quite a few visitors, so the tower wasn't so unwelcoming after all. 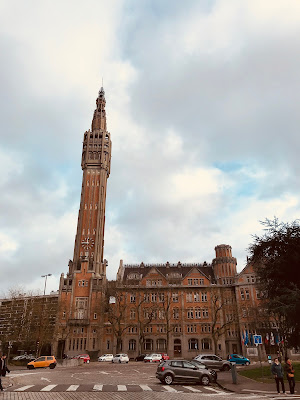 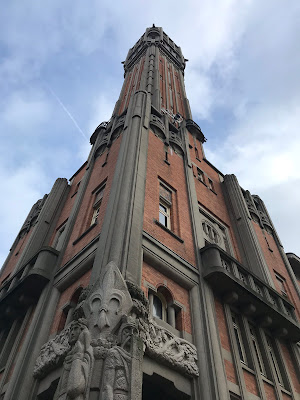 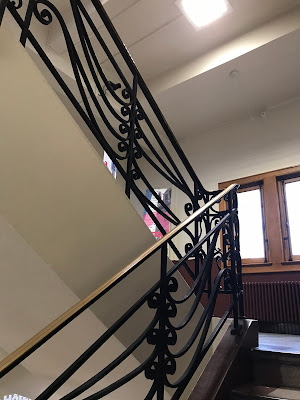 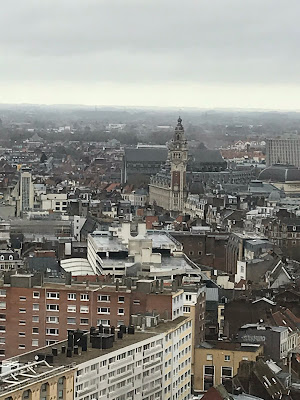 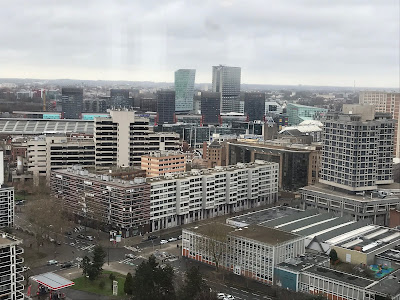 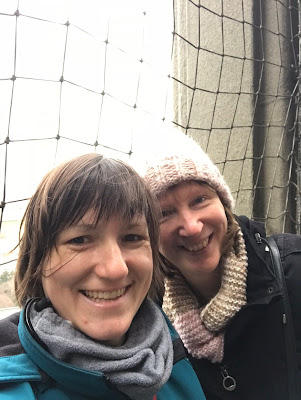 Back on the ground level continued our tour through the Saint Saveur quarter where we checked out from close-by the attractions we had already seen from an altitude such as the Porte de Paris, the oldest city hospice, a chapel part of the old city fortifications etc. 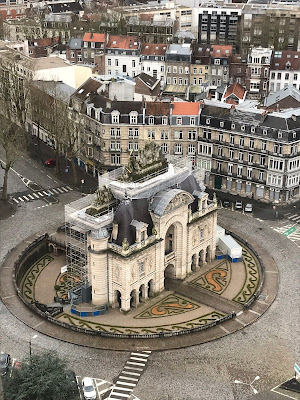 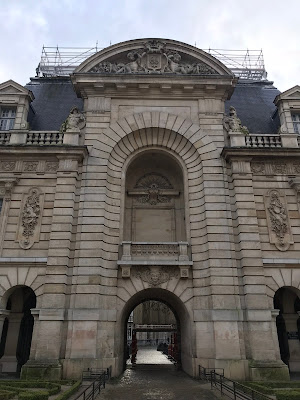 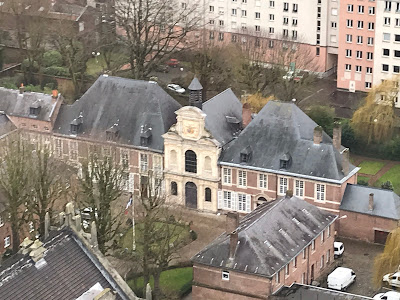 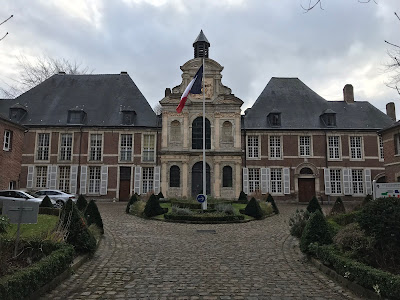 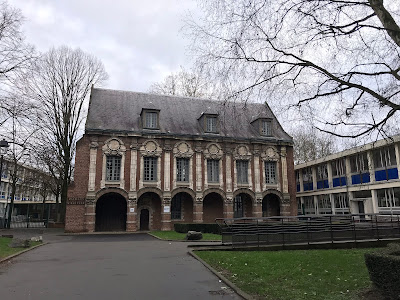 From the Place de la République we made one last walking tour before lunch, admiring a lot of fabulous 18-19th century facades and having a stop at the cultural hotspot Gare Saint Saveur. 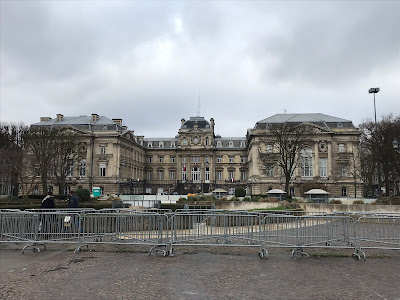 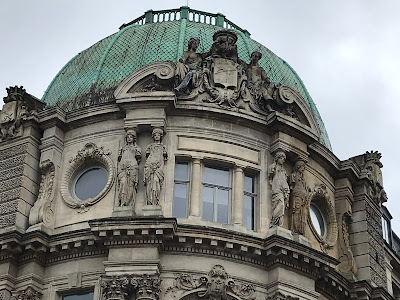 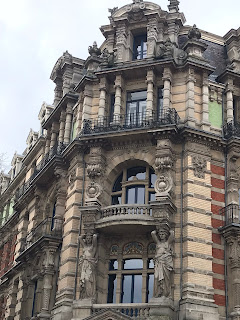 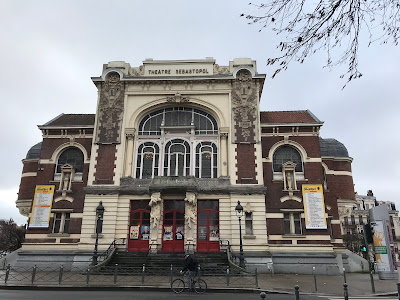 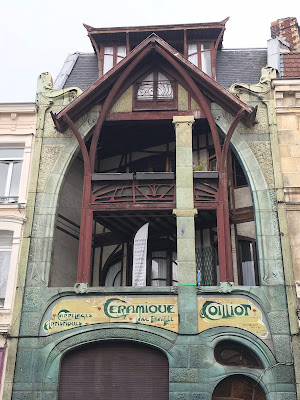 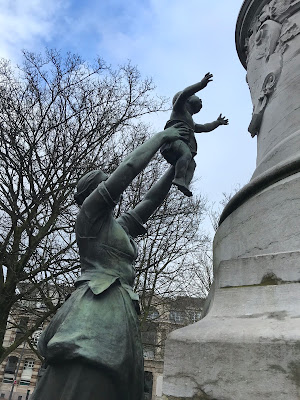 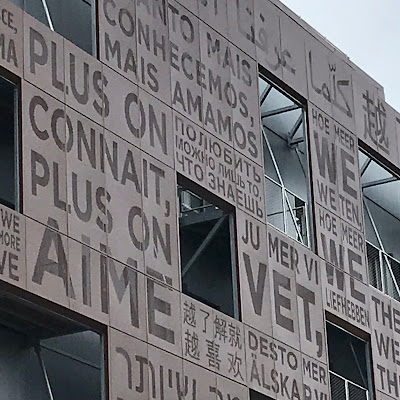 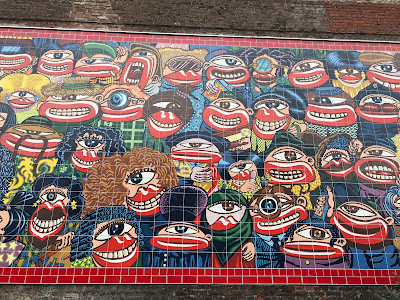 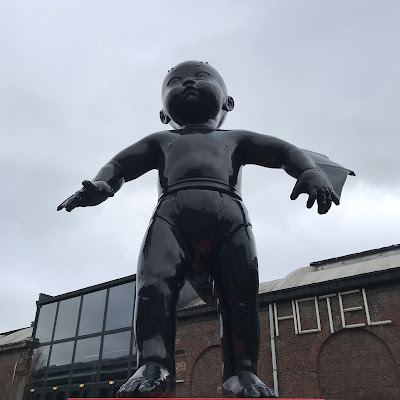 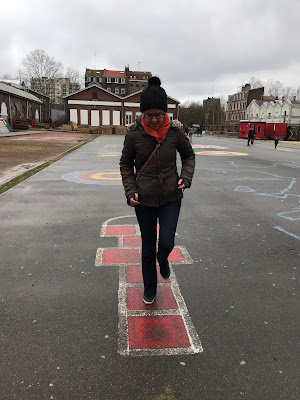