In the east of the country, apparently the children celebrate their confirmation in the first year of high school rather than in grade 6.  So one year after my nephew's party, my niece could celebrate her confirmation, although both have the same age.

She and her friends didn't have to wear the traditional white gown as my nephew, but the church service was equally long and once again not very family friendly. It's such a pity as the organisation should know that such an event attracts a lot of people that probably do not visit church services very regularly.  It was a challenge to keep our 2 little boys calm and silent and interested which succeeded for more than an hour but then we gave them each a mobile phone with games to sooth their suffering a bit. A compliment to the organisation however to have provided sufficient seating in the church and to have put up multiple extra tv screens where you could watch what was going on up in front. After less than 2 hours, we were happy to meet everyone outside again. 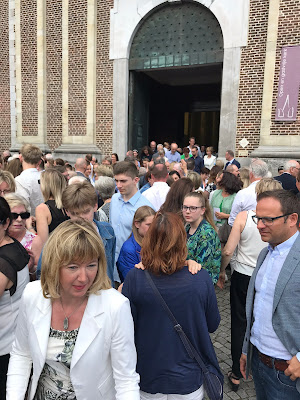 We left quickly with the entire extended family to a restaurant in Hasselt.  There was a child corner with books and dozens of little cars and planes, a closed off inner court yard where we could eat outside and the children could run around and ride their little bikes. The food from Taratata was splendid as always. I think it was an afternoon everybody enjoyed. 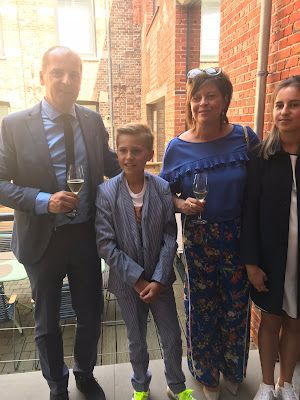 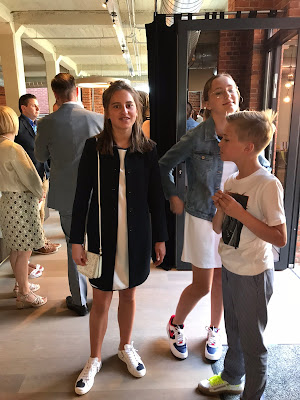 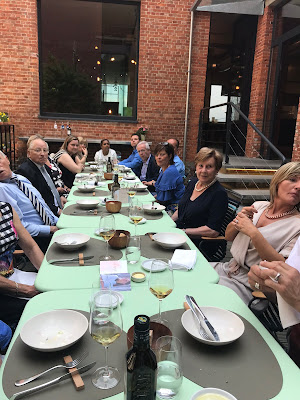 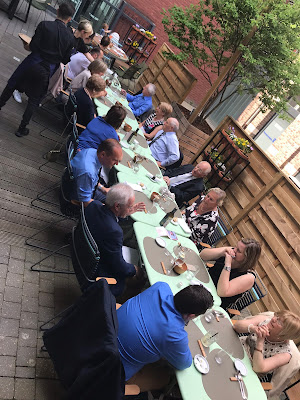 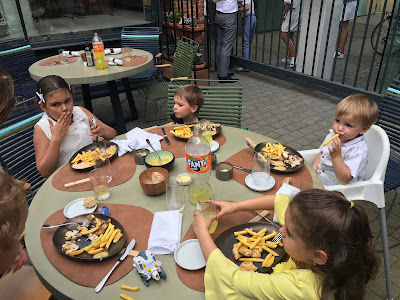 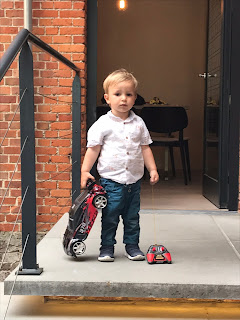 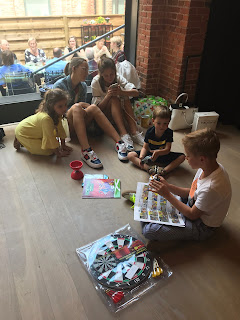 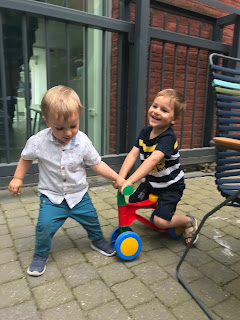 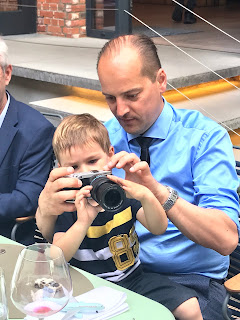