Kabouter had prepared my Mother's Day with a lot of anticipation. All week I was briefed that no mommies were allowed in his class room since they were working on a secret project. An army of 5 year olds guarded the hallway to ensure all mothers obeyed the new class rule.

Thursday evening he came home with his present and needed to hide it. Since he had no good hiding places and Jan was not around to build a complot, I basically was told not to go to the corner of the room with all the toys. And when we packed to leave to the Ardennes, I knew which box not to look in and where it was placed on the attic. I promised not to go to the forbidden corner in the attic and I didn't.

Beertje on the other hand, confirmed that there was a mother's party and something about colored sticks and a present but he didn't care much about the secrecy yet. He was rather neutral about the entire upcoming event.


This morning I was woken by the children way too early despite my briefing that they had to let me sleep in.  I must say that they tried to get up in silence and but that failed anyhow.
While I was trying to snooze a bit in the seats,  all boys finally descended with the secret box from the attic.

I was treated to a wood cut art piece, a painted cup with plant, rhymes, self-made cookies, a crafted card hanger with painted tree sticks and a Rituals gift pack. I'm so spoiled. 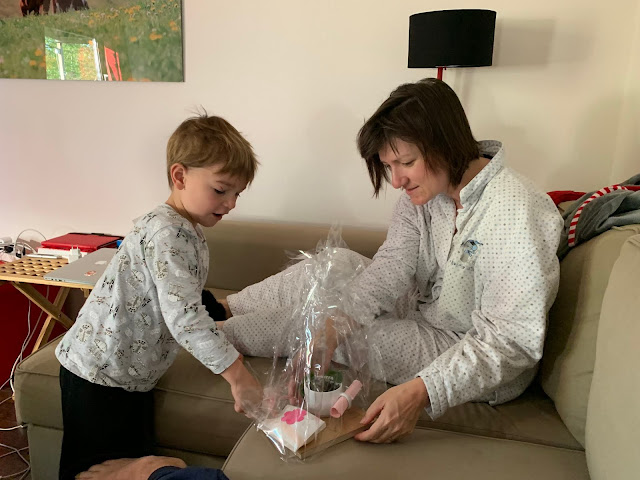 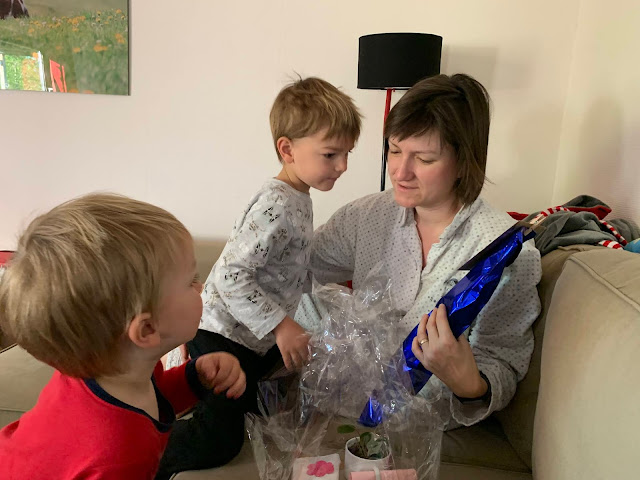 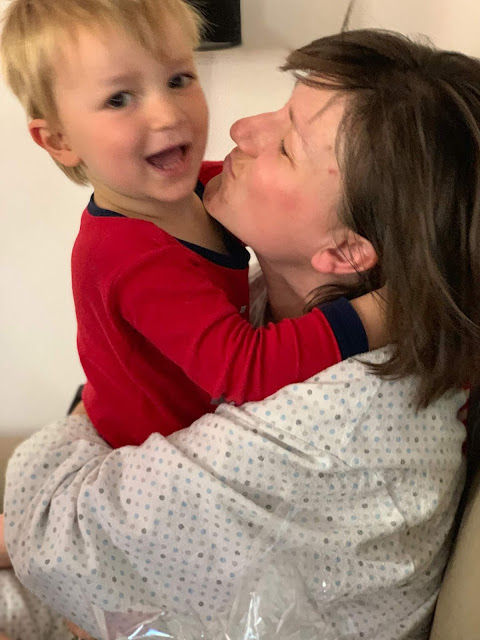 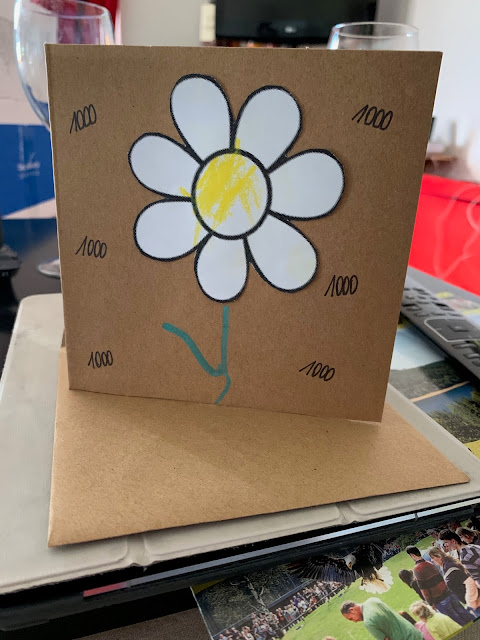