Between Malmédy and Waimes there is a roundabout with the road splitting in the direction of Ligneuville and Sankt-Vith.   If you drive by you might miss a ovale wall with flags at the end of the crosspoint surrounded by all the commercial buildings further along all 3 roads.

But if you pay attention you see the long ellips wall, a small gazebo and a flying American flag.  The wall holds plaques of the names of the American prisoners of war, taken by the German troops during the Battle of the Bulge but murdered by machine guns while gathered in the field.  It is known as the Malmédy Massacre of Dec 17, 1944, treated in the Dachau trials after the war. 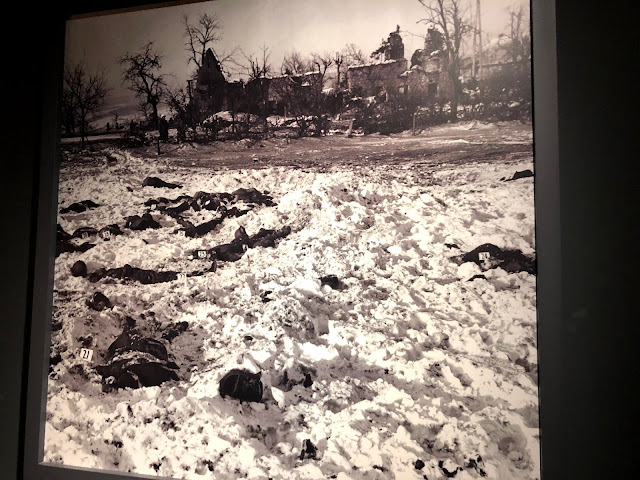 Hundred meter from the monument and next to the historical fields, the Historic Center of Baugnez 44 is built.  When we bought our property in the Ardennes, I figured we'd visit the museum on a rainy day.   10 years later we still hadn't visited it and I often thought about it, but now I feared it wasn't exactly child material.

But Kabouter had seen the building and enquired a couple of times what it was, so we explained about the war museum.  All weekend he requested to go.  We explained it would be a sad museum. But he insisted to go.  We figured it was appropriate on the eve of Armistice Remembrance Day so we did.

In the museum you get to see a movie of 20' that explains the troop movements and context of the battle of the Bulge and surviving eye witness explained the events of Dec 17, 1944.   An American convoy ran into the German troops and were captured quickly. Once unarmed and gathered in the field, they were all murdered by machine guns and the bodies in the field were later on shot at once more to finish the job. Only several have survived to witness later on to go and warn the American troops in Malmédy.  The field with bodies could only be "liberated' one month later but was well preserved in the snow and frost and could be well documented.

The rest of the museum has built a lot of exhibits of war material , uniforms, transport, ... and tells the entire context by multilingual audioguides.   In 2 rooms there is visual and sound but that terrified the children even though we realised in time to not let them enter...the shooting sounds were clear enough in the outside hallway.   I decided to let Jan alone experience a nightly ambush in the woods during the battle of the Bulge.  Pictures and texts and objects were enough for my senses. 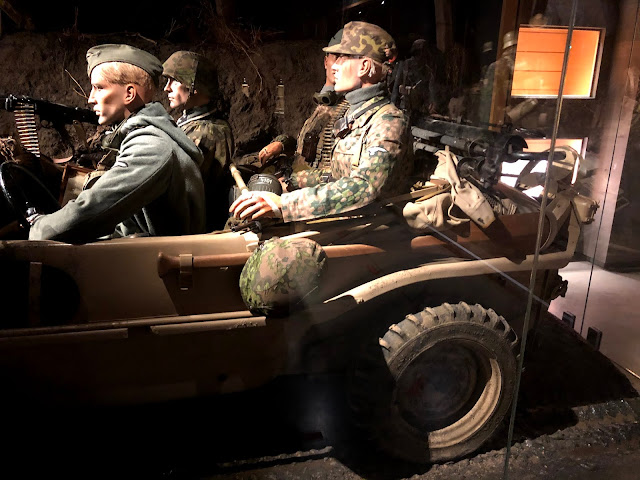 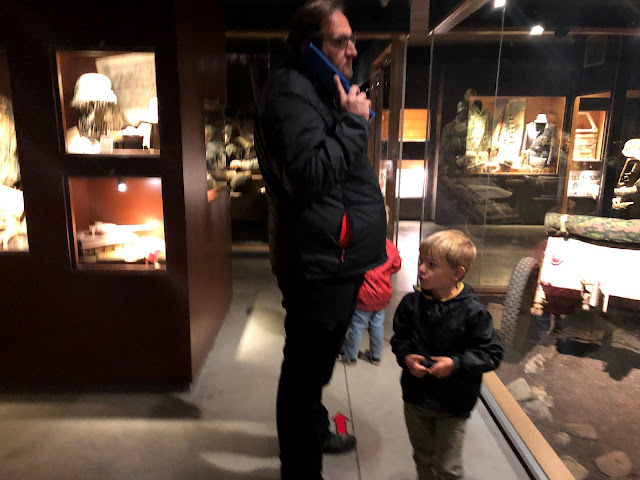 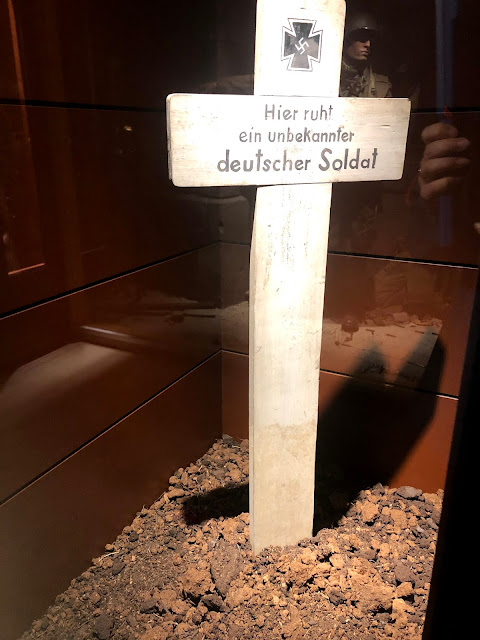 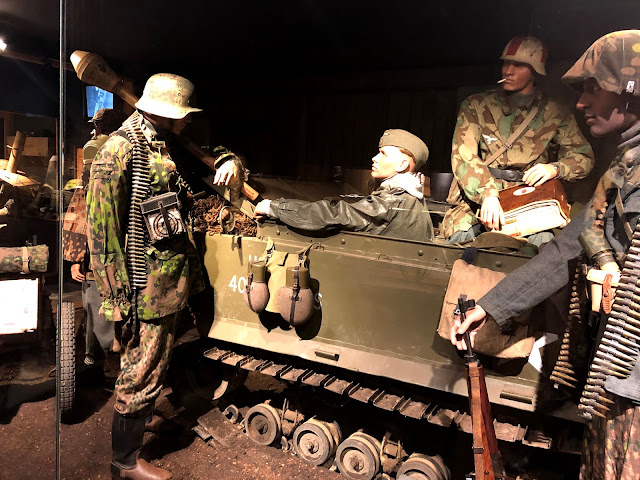 Because of the children thinking the museum was too creepy and wanting to leave quickly, I didn't have a chance to listen to it all at ease as I would have wished. The audiotour would take 90 minutes if you didn't skip anything like I did.


It was a good introduction to a piece of our history that I did not know in such detail. It gave a lot of food for thought just before Remembrance Day.  I don't think we'll make it but there is special remembrance events in the weekend of 15-16 Dec as these horrific events will celebrate it's 75th birthday.  There will be among other a torchlight march from downtown Malmédy to Baugnez.