Sinterklaas is in Belgium!

It's that time of the year again.  A big 3 weeks before December 6th, the anticipation rises.  Sinterklaas is the biggest holiday for children and is celebrated on December 6th but this very old holy man arrives a few weeks early in the country by his steam ship from Spain.

In a magical chronology that the children were fortunately not aware off, Sinterklaas was arriving in Antwerp in a big national live tv show yesterday afternoon (and at the same time in a different live national tv show in a Dutch city in the Netherlands)  but also in many Flemish cities such as Leuven.

The news that Sinterklaas was arriving this weekend created a lot of adrenaline in our house and we had to seek the Pieten dress up costumes. With 2 little Piet helpers, we headed downtown to go and see Sinterklaas. The sight of my 2 little dressed up boys gave a big smile to most people passing. 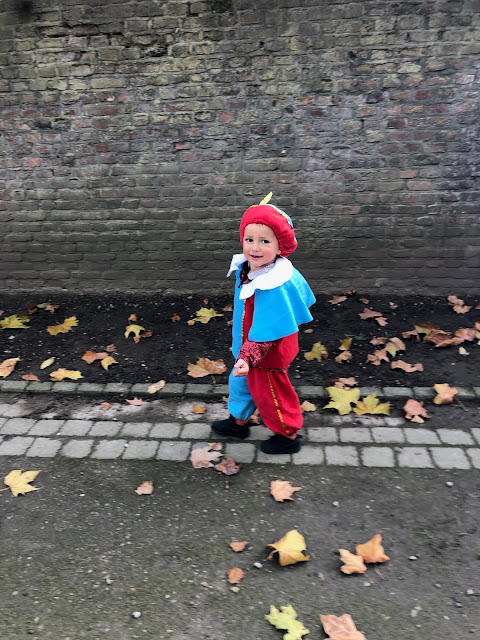 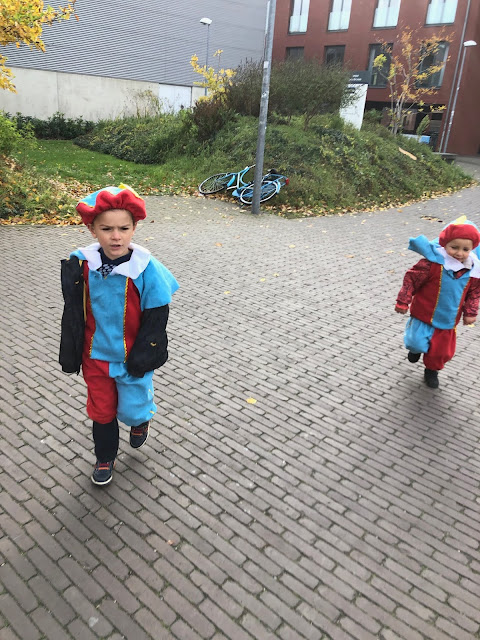 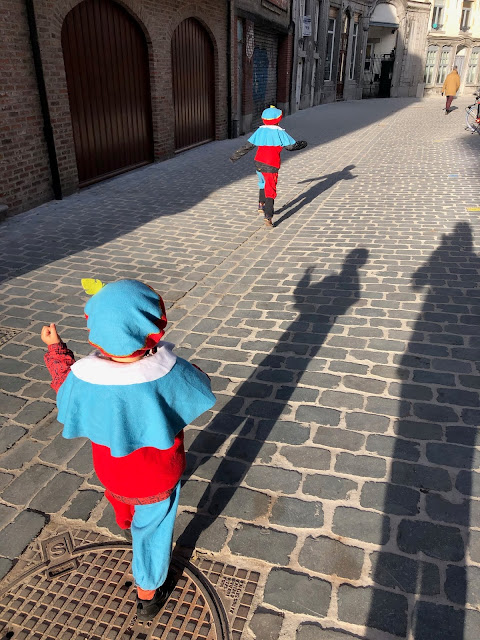 Downtown people guided us right away (the purpose of our city visit was quite clear) to the big Market Square where we found a crowd gathered around the carriage riding Sintklaas and his main Piet. We pushed ourselves forward so we could see the Pieten dance. Then we climbed the stairs of the old city hall to listen to the mayor welcoming Sinterklaas in our city.  Then we waved to the parade leaving the big market square and continuing throughout the city center. 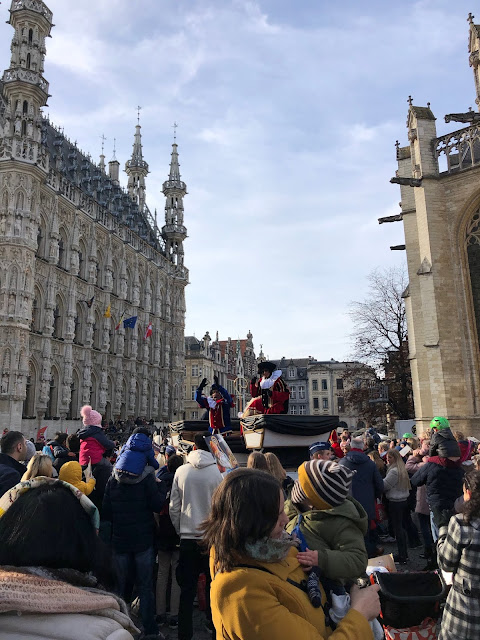 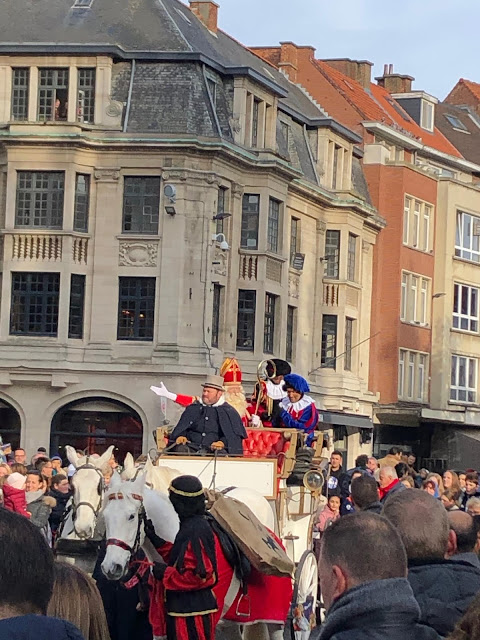 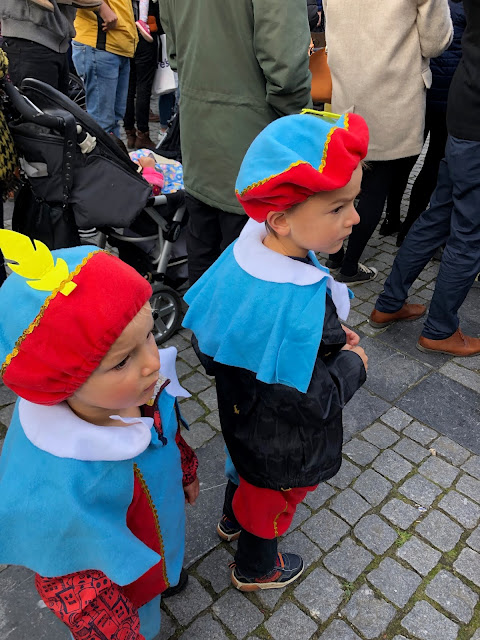 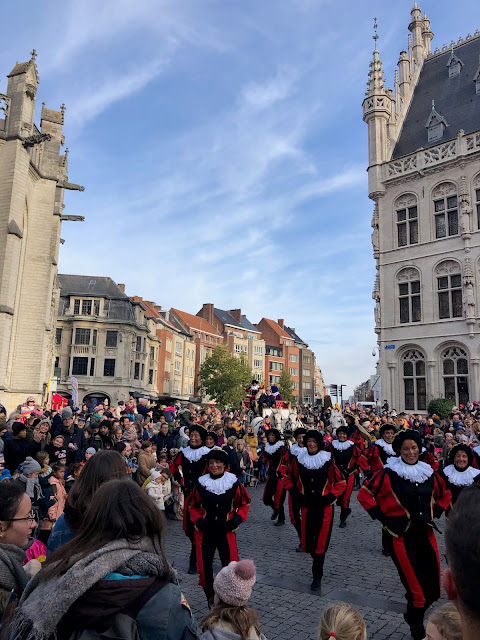 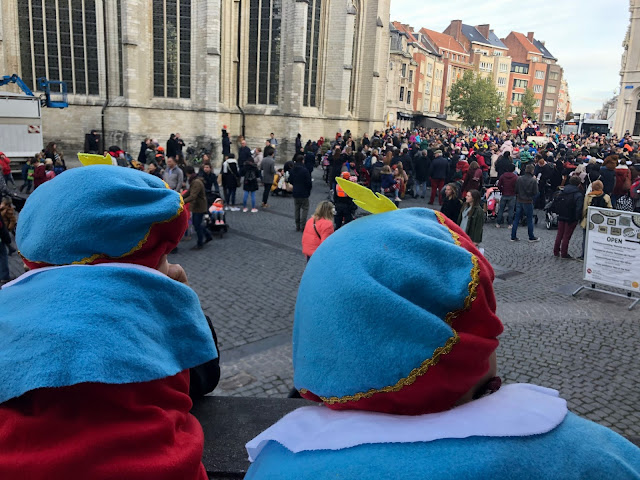 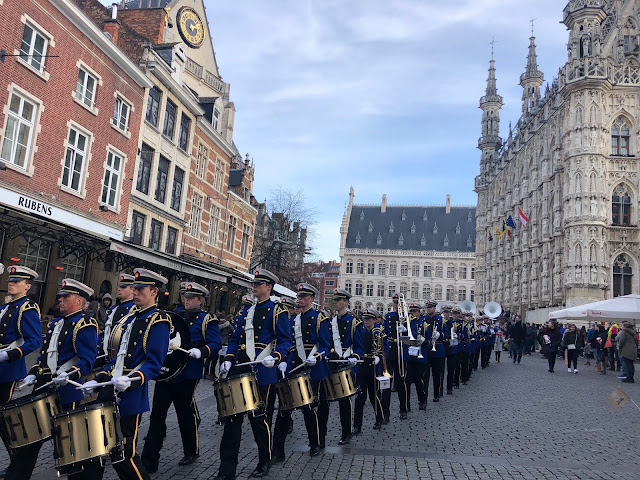 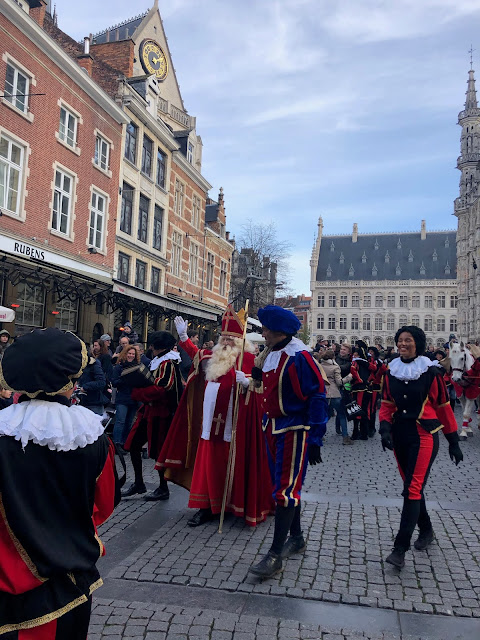 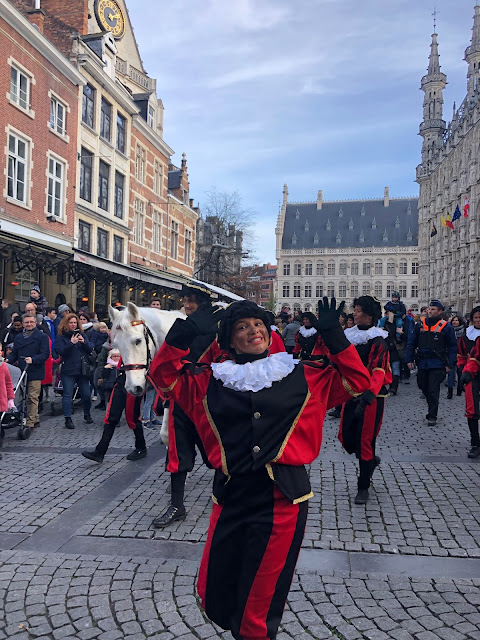 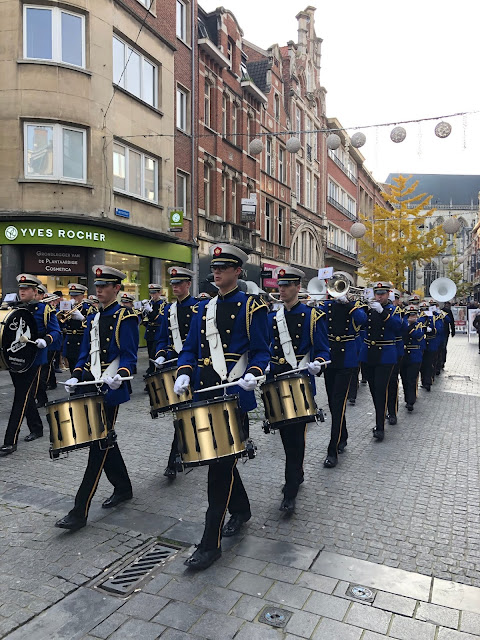 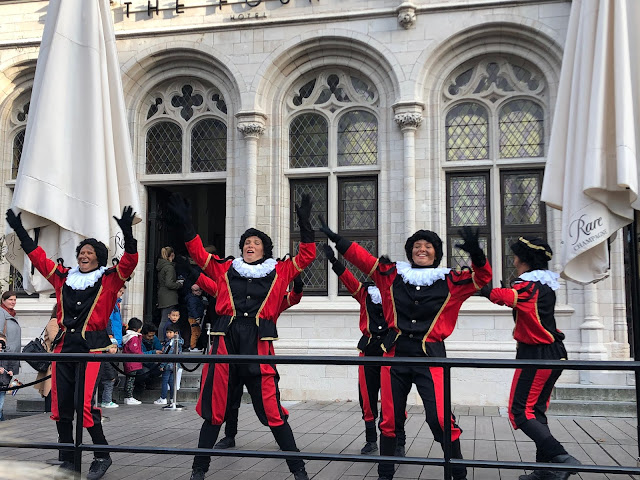 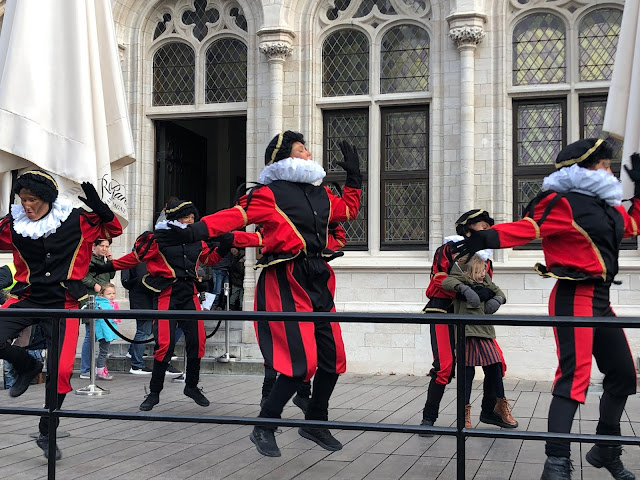 Back at home the Sinterklaas fun continued with more dressing up. This morning we watched the rebroadcast of the big arrival in Antwerp on national tv and the children started their wishlist for their letter to Sinterklaas. 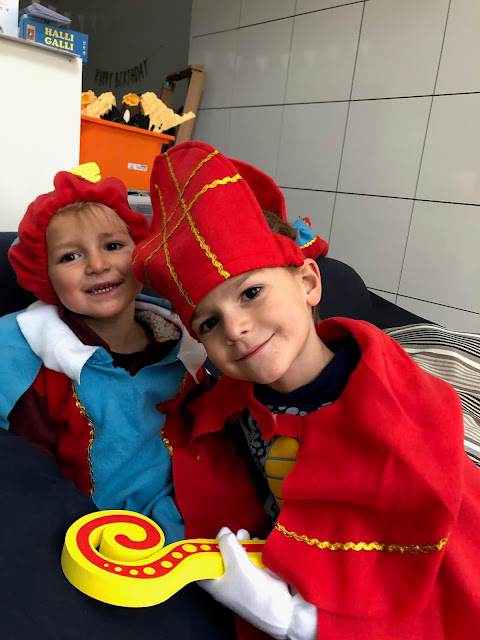 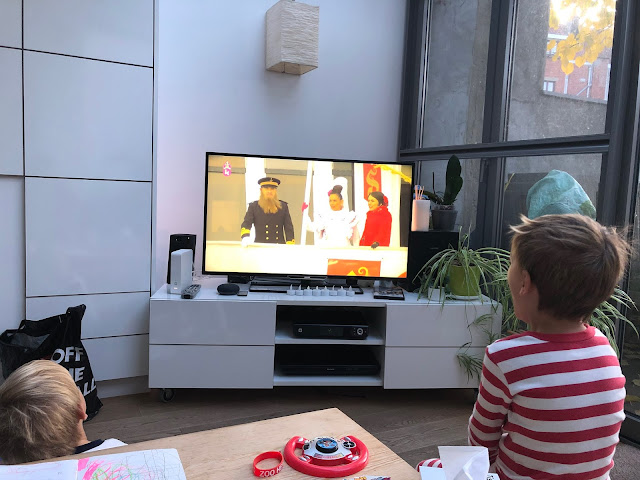 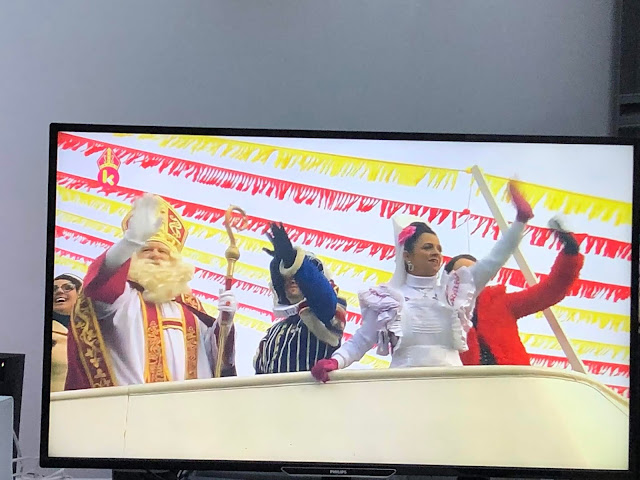 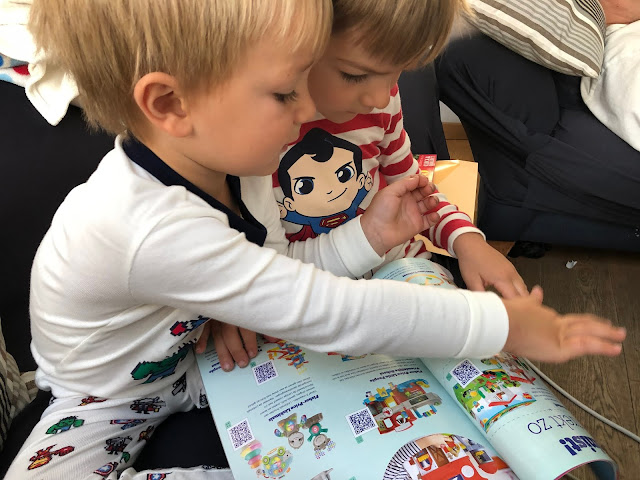