We tried to see the main parades in Disneyland on the first day we were there since Saturday was the most crowded day (so attractions had crazy long waiting lines that passed my patience treshold) and it was the only dry weather day...so spending it as much as possible outside despide the cold was fine.

The parades are very photogenic and it's fun to see all the Disney friends closeby and maybe even get a high five without waiting in line to meet them. I also was impressed with the professionalism of all the dansers and actors: you could never catch them off character, without a smile, positive energy or enthusiasm.

The Disney Christmas parade
Right upon our arrival, we could line up near the castle to watch the Disney Christmas Parade. It passes twice a day around noon and early afternoon and brings a lot of Disney characters in Christmas mood and has as grand finale Santa Claus waving by. 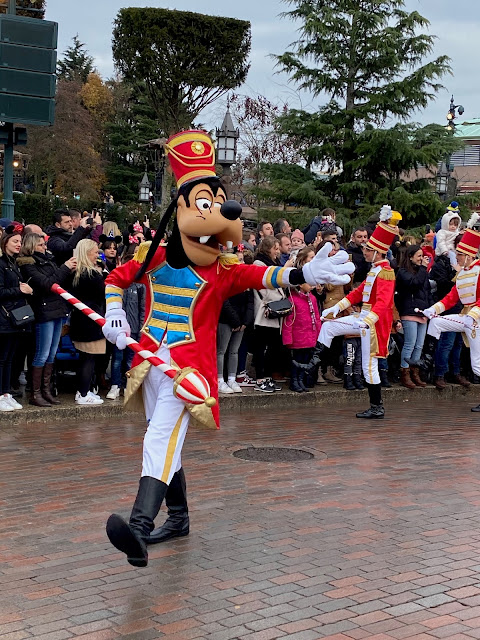 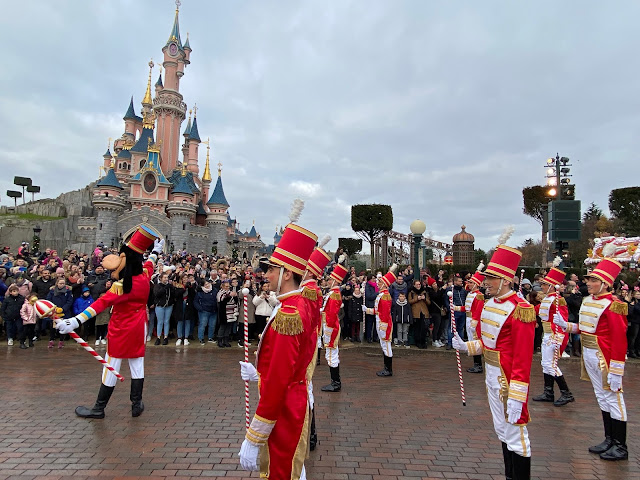 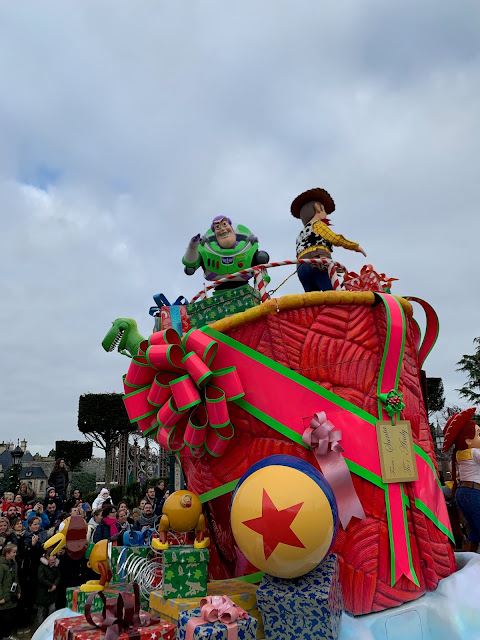 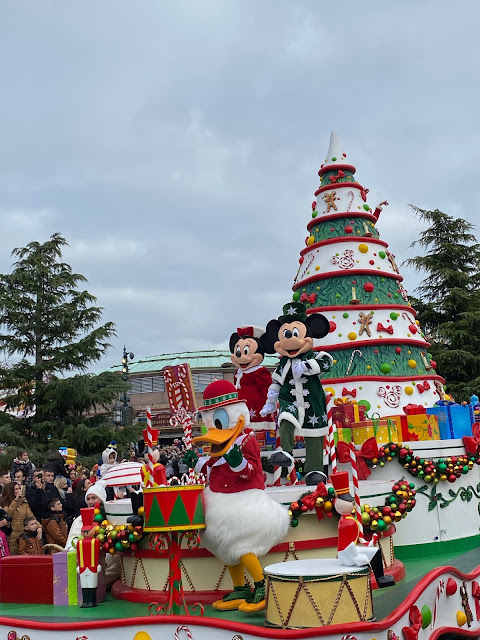 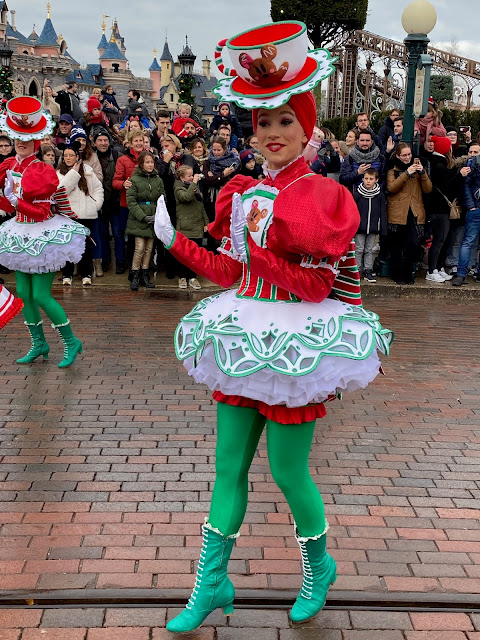 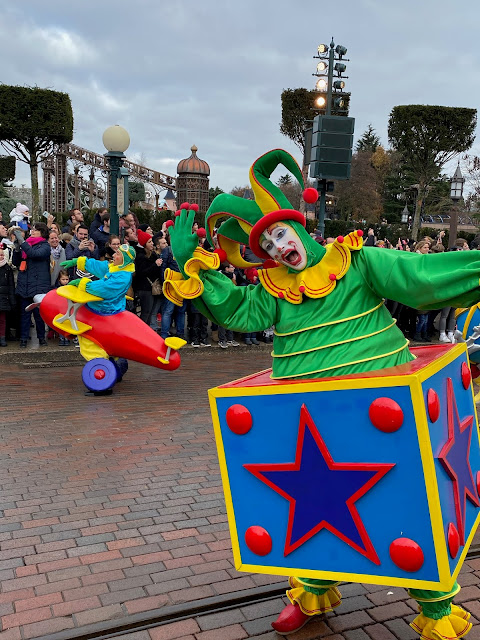 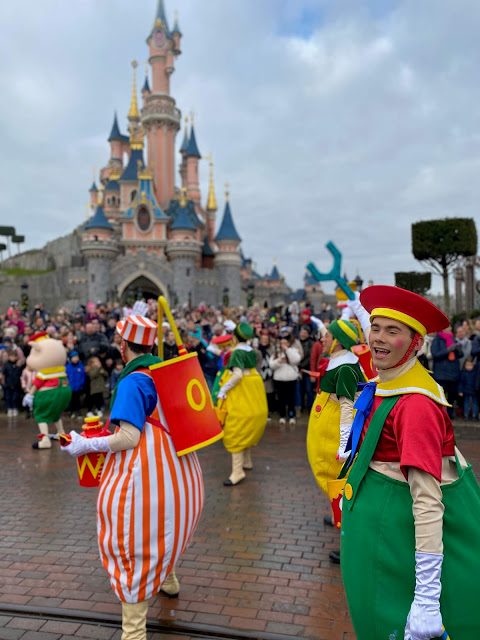 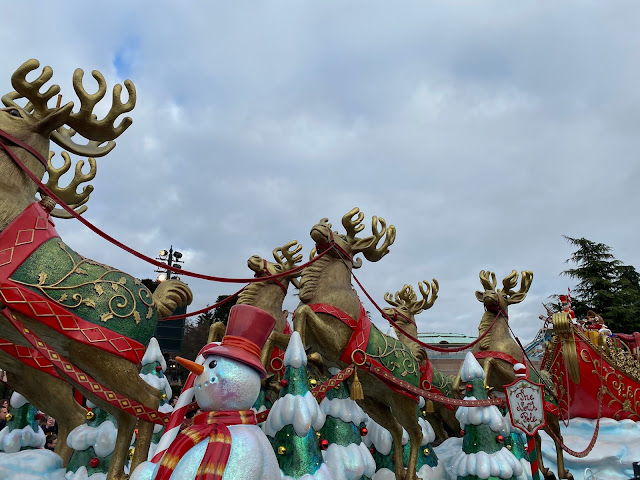 The Disney Stars on Parade

At 5PM you can line up along the parade route again for the Disney Stars on Parade.  In winter this takes place during dusk which adds a lot of magic with all the Christmas decorations and lights along Main street.

We never stayed long enough to watch the evening Main Street Electrical Parade with all its lights  (in order to do so with little children you'd probably need to return to the hotel a little to have a rest and go back into the park but our children truly wouldn't have held it all day to wait until 8PM).   But in December the Disney Stars on Parade also have a lot of lights and the atmosphere is very nice.  The crowds were big but friendly enough to let the children squeeze to the first row.

The finale was the float of Frozen...hmm would there be a new film release ;).  But very magically they made it snow at that moment and that was magical. 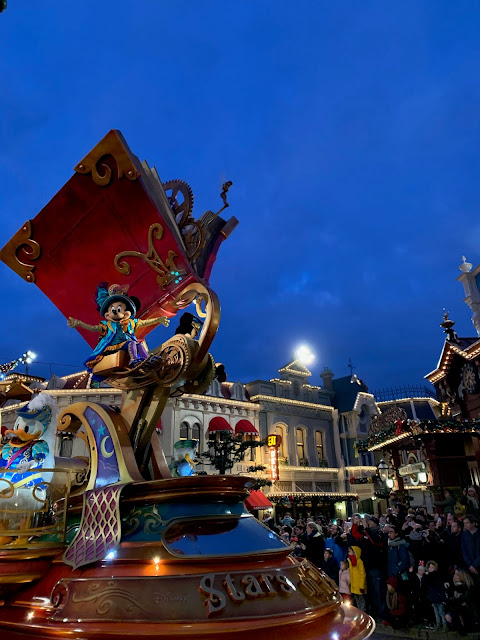 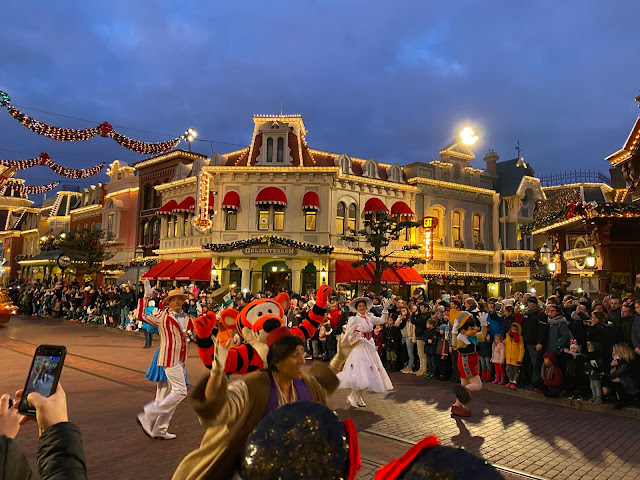 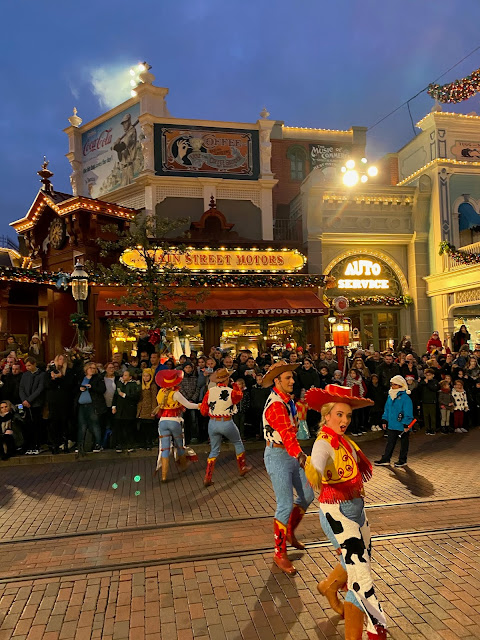 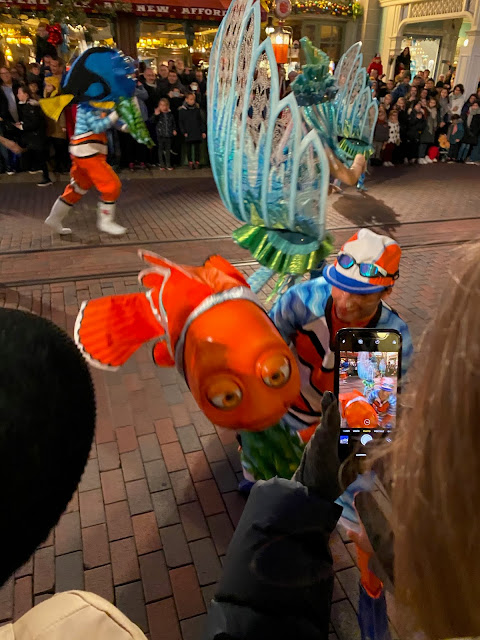 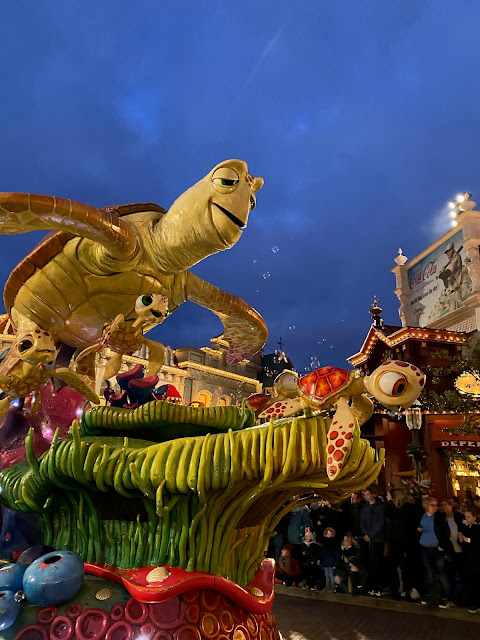 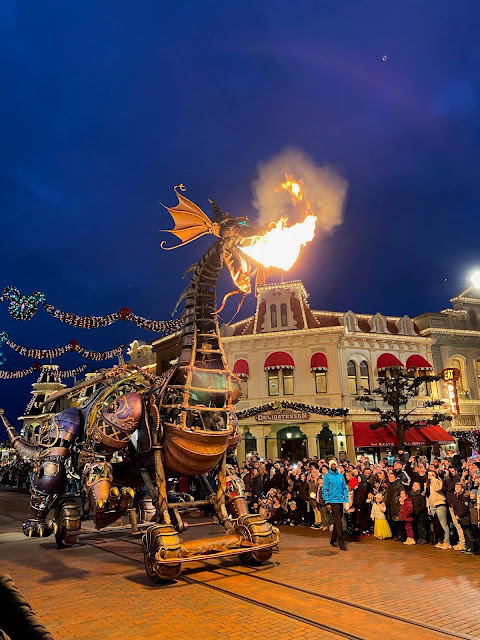 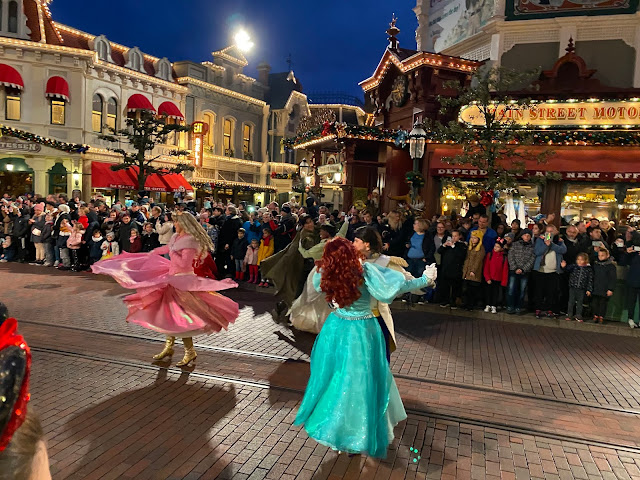 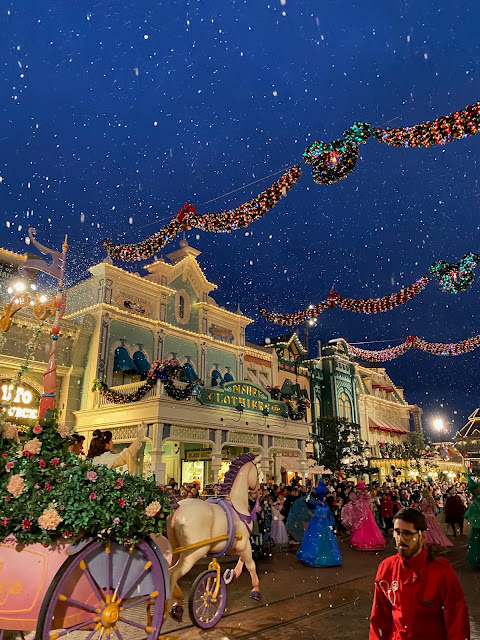 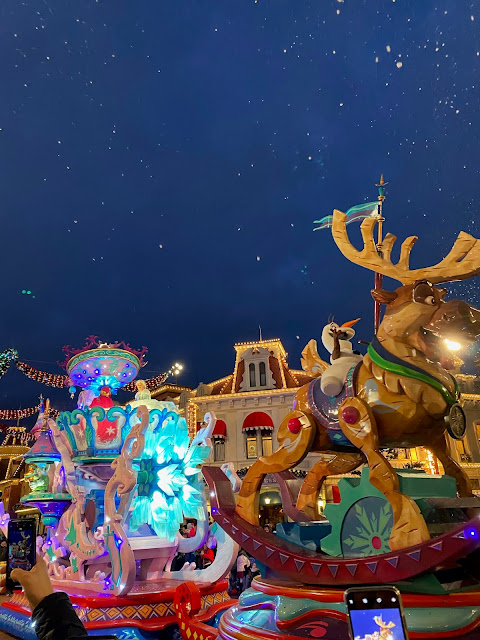