New Year...that is New Year's letters from children to their parents, grandparents, godparents or whomever in Belgium.  Our children had some as well and for Kabouter it is the first time that he actually wrote his letter himself and could read it.  For Beertje it is still a memorized rhyme.


We started the New Year's letters a bit early, already at the end of 2019 when we visited Beertje's godfather.  Due to upcoming renovations in his house, he gathered his godchildren a bit early.  It was rather funny as Jan and his best friend showed up by pure coincidence in the same Christmas sweater :D. 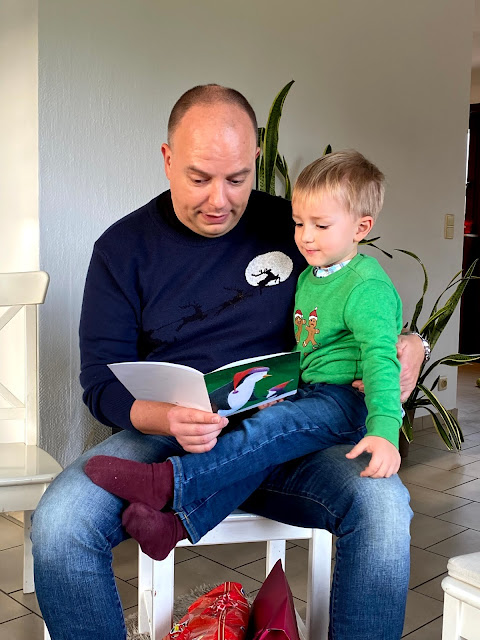 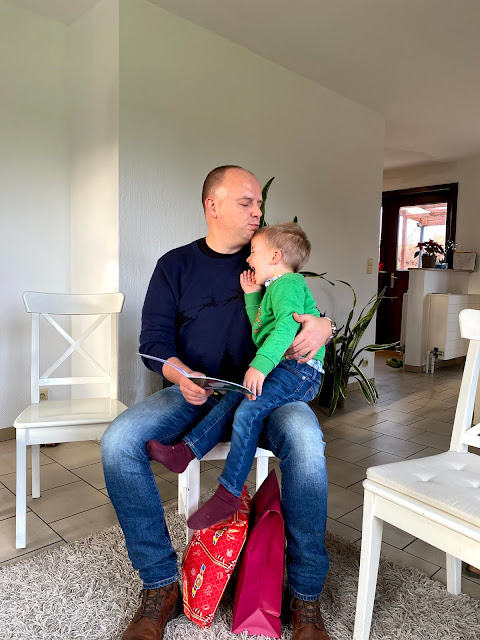 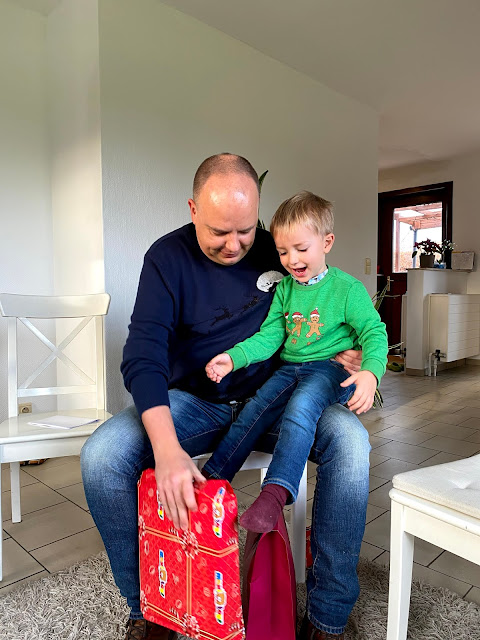 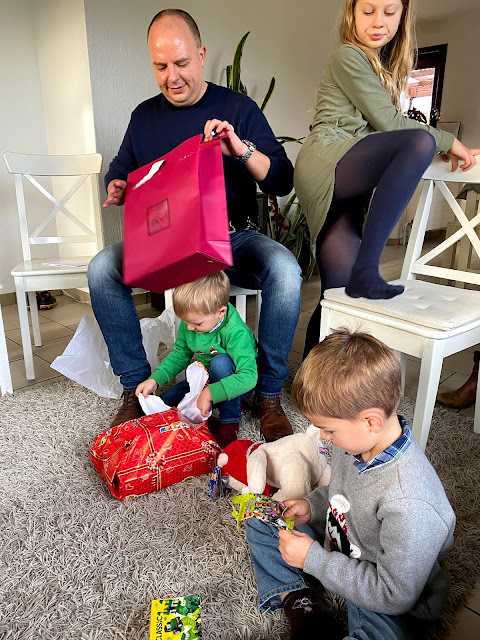 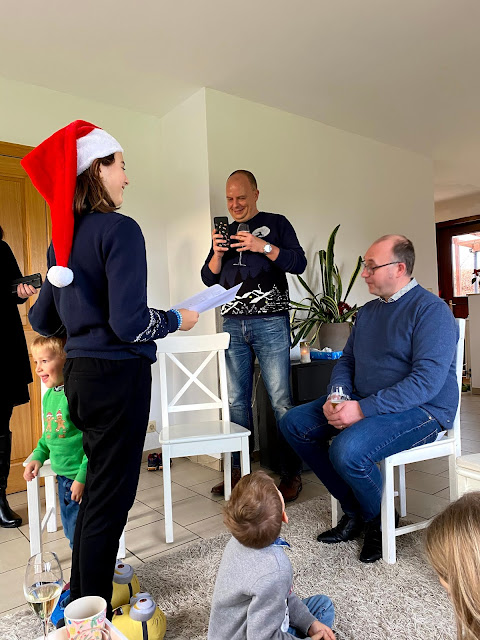 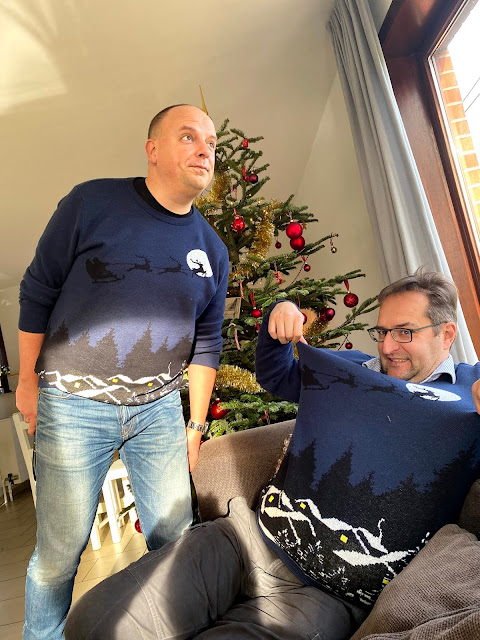 After New Year the children had another "rehearsal" when they could read their letters for us at home. 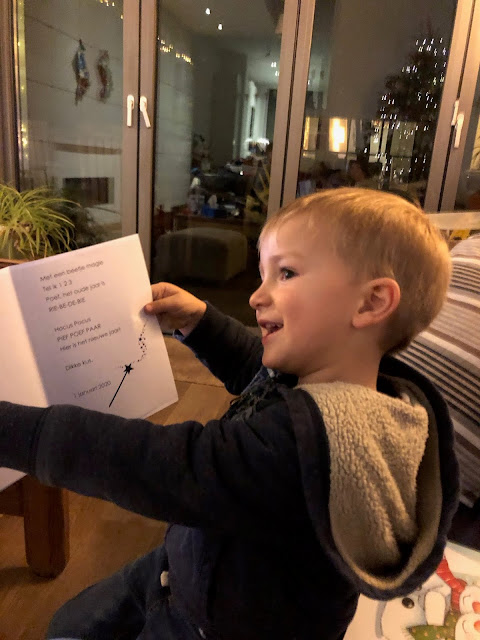 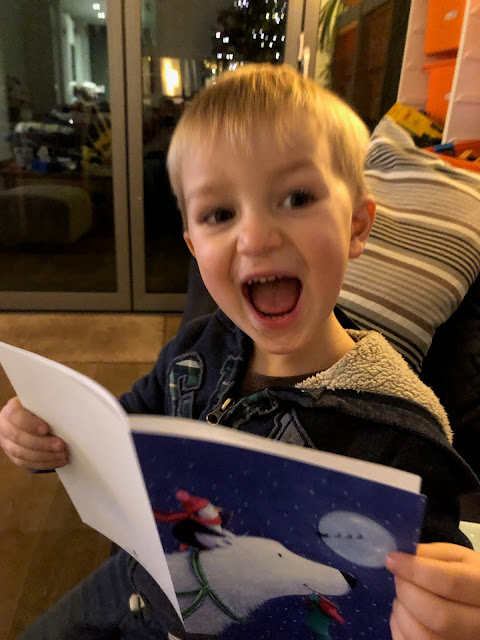 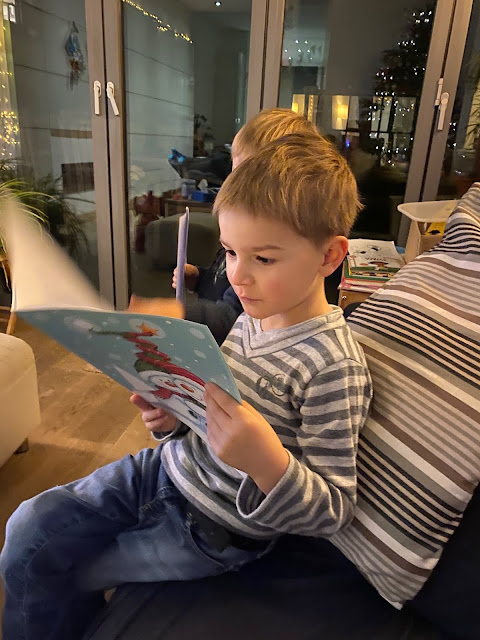 And today we toured our parent's with my sister, Kabouter's godmother, present so there was a lot of reading again. 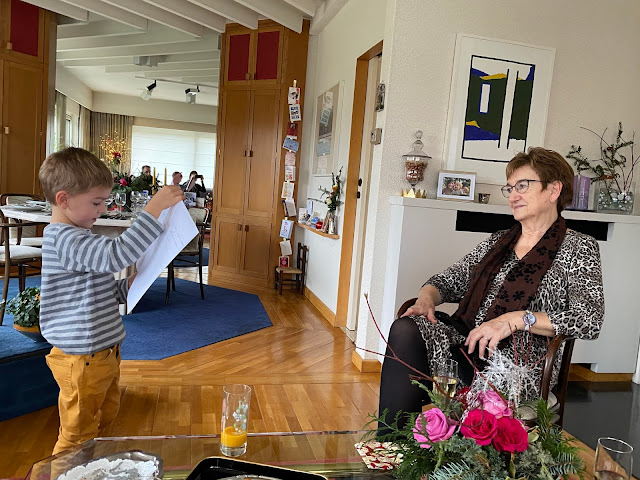 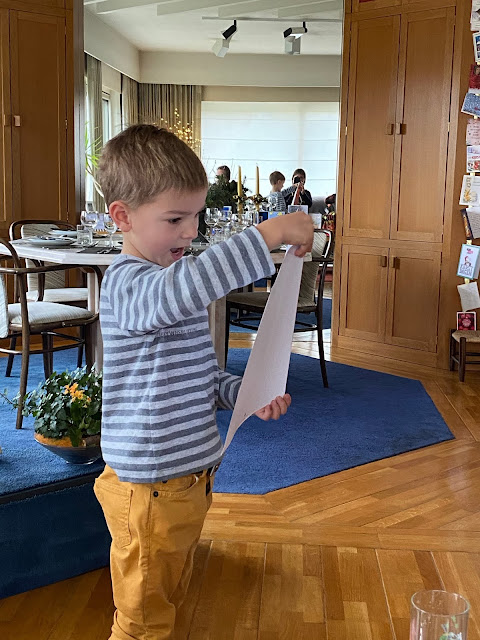 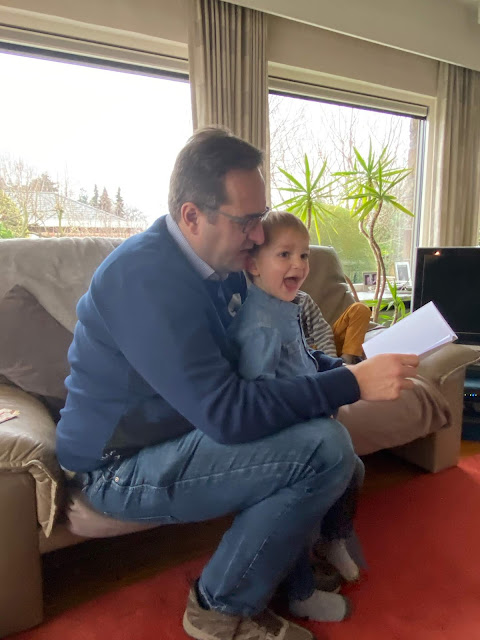 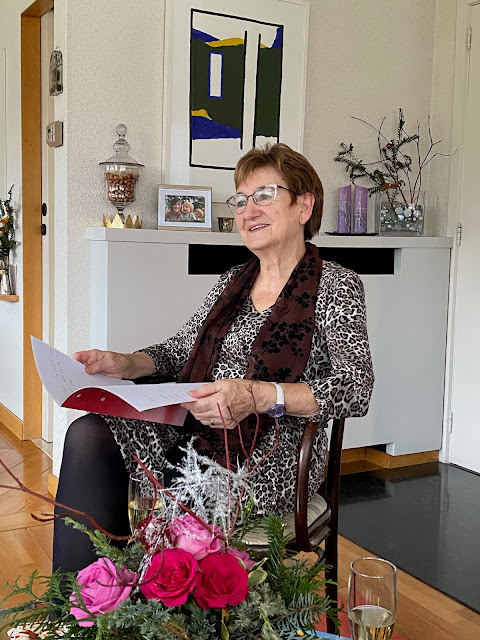 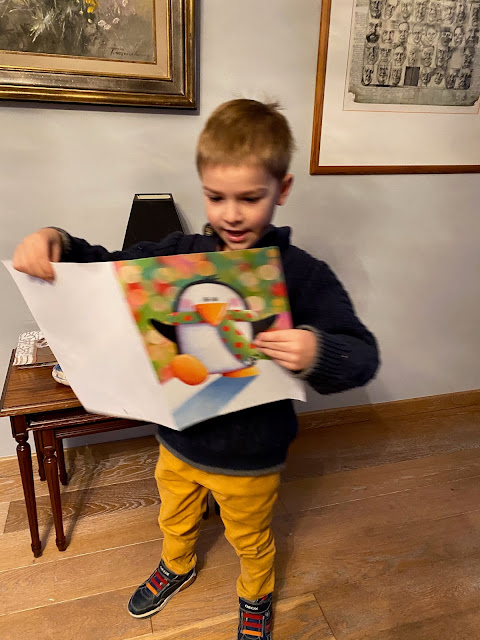 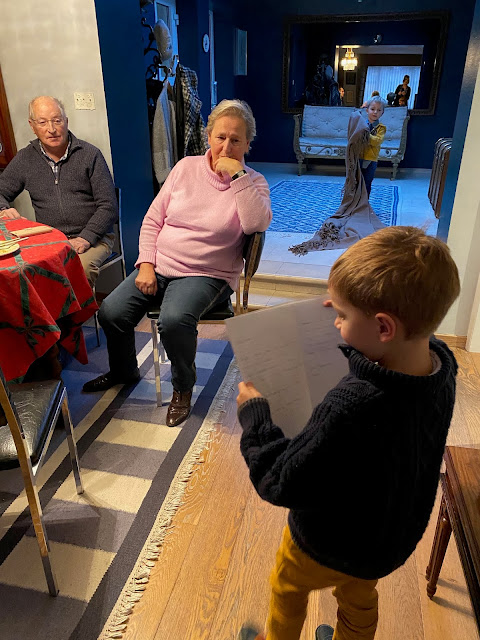 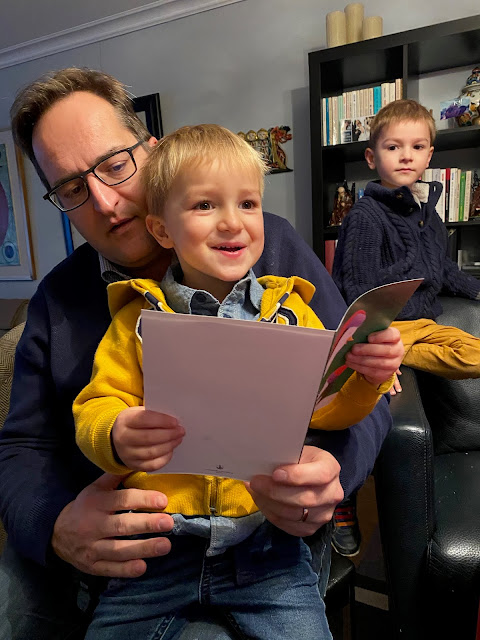 Only one godfather and one godmother left to schedule in the coming weeks :).