As I stated last year already : vacation is good for me.  Clear peaks last year were in May and June when we spent our vacation in Canada.  Also this year the vacation weeks in, April, August and November and December had a clear effect.  My busiest stress months at work: June, July, September and October this year were clearly less mobile thanks to the many hours behind my desk. 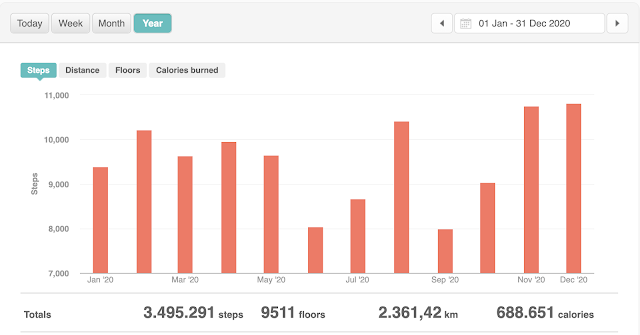 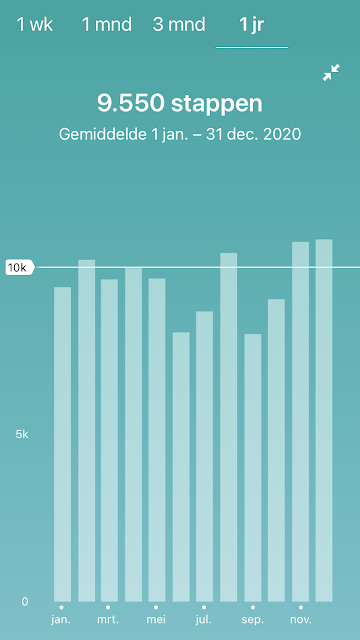 But if you think about it: I had just as much vacation in 2020 as in 2019...so why is there a difference.  Well for some reason my fitbit dashboard doesn't want to give me weekly numbers in 2020 but in 2019 they give good indicators:   The peak mid September when Jan and I spent a weekend in the Hague (which still holds the walking record in a day) and early December is a long weekend in Disneyland...
So I might have had just as many vacation days but the little city trips away that do not require extra vacation days but boost the average. Those little trips were impossible due to the pandemic in 2020.  We also spent part of our vacations in the east of Belgium.  While at home we made a lot of walks with the children, but very often it was a combination of a lazy day and then 1 walk to get some movement and fresh air. That's quite different from exploring all day on vacation or during a city trip.
Additionally, Jan was home every day so he walked the children to school every day while I used to do so when he was travelling.  My commute to my "desk" was one staircase whereas I used to walk to my car which is parked somewhere in the street, I used to walk from the parking lot to the office, walk through the office to get coffee or prints etc... Lots of little walks that are reduced in a home office as well.

But the good news is that I seemed to be able to boost the average the last months. I tried to pick up Jan's example of having walking meetings or walking breaks outside. I'll try to continue that this year. 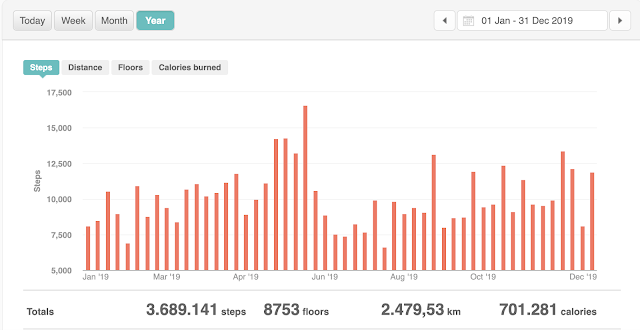 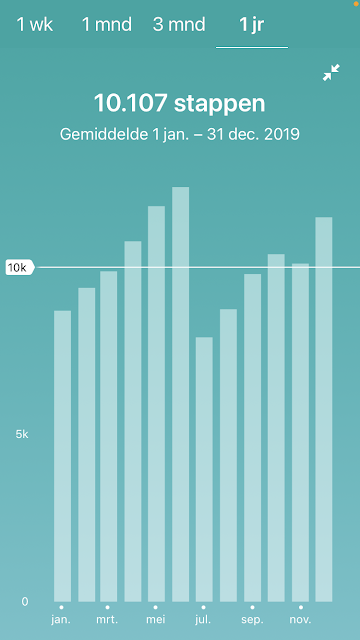 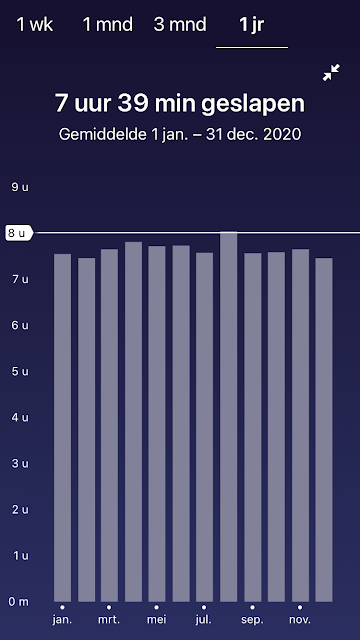 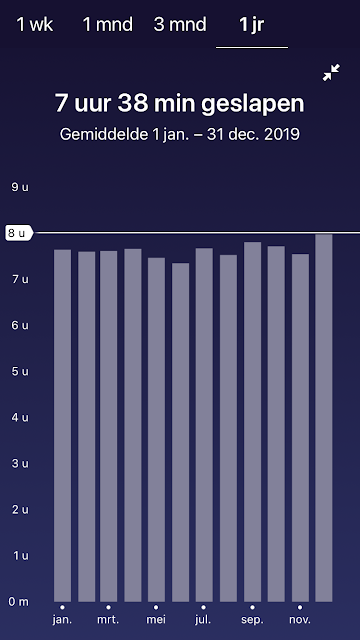 And my heart rate in rest?  Well that remains as volatile but similar to the previous year.  I find it very apparent to see how this year I had my peak end of February, early March with a very distinct decrease during the first lockdown in March and April. 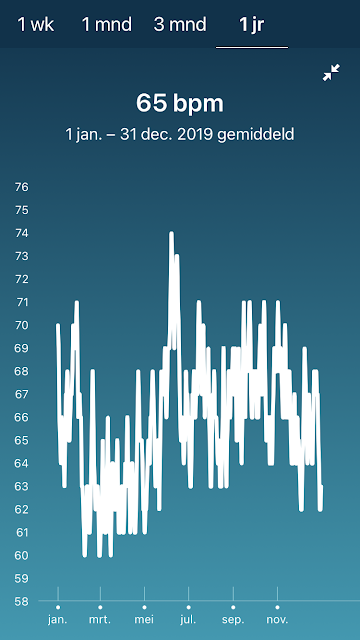 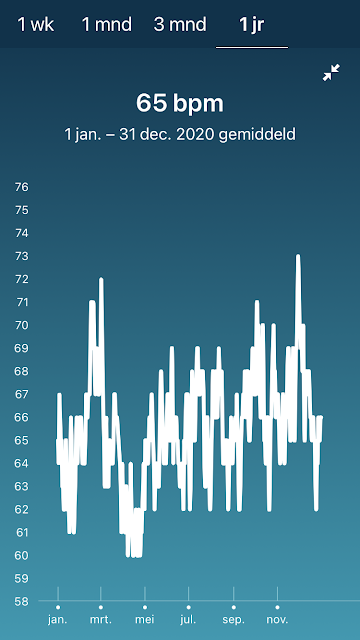 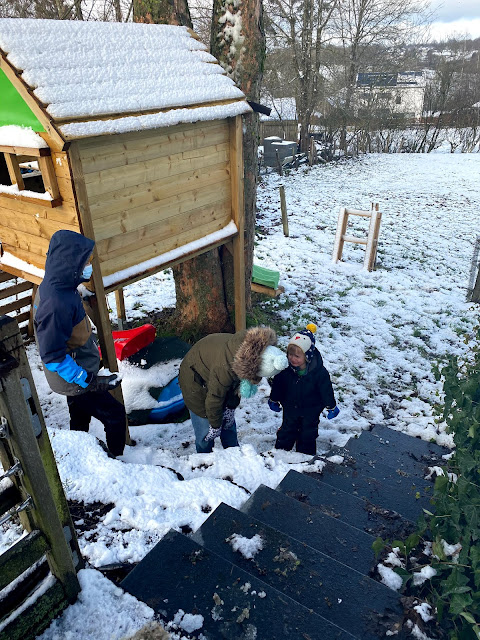 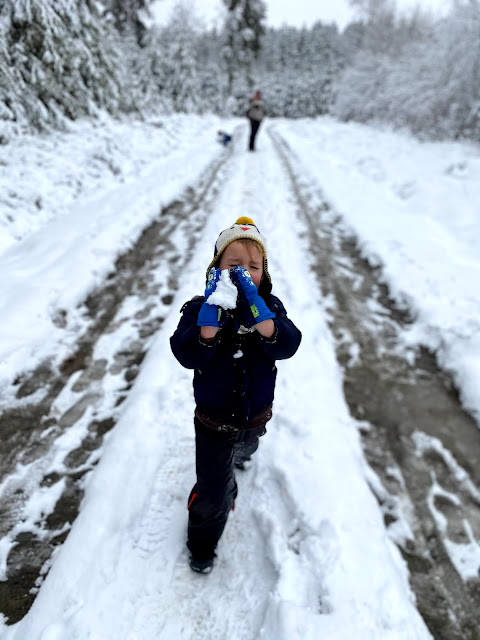 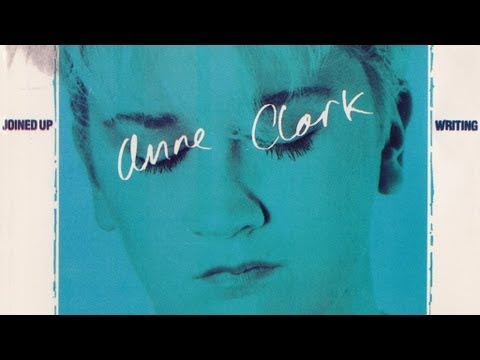