A well-deserved visit to Burgundy

Both Jan and I have apparently worked so hard in the last years, that we are blessed with still quite some vacation days left by the end of the year.

So we took a long weekend, jumped in the car and drove south. That's what I adore about France: it is so closeby, it has nature, culture, food!!! And this time Burgundy would be our final destination: a medieval wine country with whome Flanders shares part of its history.

After a short stop in a roadparking in Luxemburg, where I was the only one buying some sugar waffles rather than numerous 'almost without taxes sigarettes' (I was an outsider there with my little waffles!!), we hit the French border. We were stopped by a Luxemburg police car that raced by and that came to an impressive standstill with a big U-turn in front of us while we were crossing the border. I swear I did not know until then that not buying sigarettes in Luxemburg was an offense ;). I am innocent!

The agent did not seem interested in us though and let us drive by while he jumped out with an impressive automatic weapon in his hands. It looked quite sensational but I don't know how that story ended since we happily drove on into France.

Our first visit was Nancy, the capital of Lorraine and a city that I had driven by so many times on the highways without knowing which beauty it holds. I can surely recommand to other people to make the stop next time as well! Especially the "Royal square" was breathtakingly beautiful. The fact that it was sunny all brightened it up even more and I bravely sat on an outside terrace in my sweater only although I regretted that in the end because the wind ruined my '1st december in a sweater outside experience' a bit. But I was stubborn and managed to finish my meal without putting my jacket on. 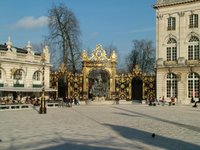 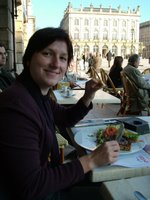 As true tourist, we had to eat Quiche Lorraine there. What else could we have chosen, huh?

A few hours later we arrived at our destination, ready for an evening walk through the little wine village and then ready for a delicious big meal with the appropriate wines of course.

The next day we explored the "Hautes côtes" and the "Côtes de Nuits", the local area where we were staying. Unforatunatly we were there very very off season and so not many wine châteaus wanted to give a tour of their domain and winery and also the famous abbey of Citeaux kept its doors quite closed, except for their store. Pfff. 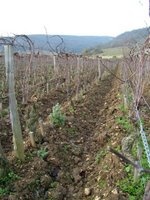 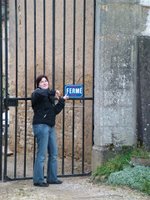 In one château we had an 'interesting tour' but that story is coming up in a seperate post. Although we remained in the area, all our little loops from village to village, from château to local products store, to historical site kept us pretty busy for the entire day! At one point we were on a hill top looking for some ruins when from the surrounding woods, the sound of hunters with their horns and their barking dogs. I head never heard that before and it sounded great!!

On Sunday we drove one hour south to visit the remains of the once most powerful abbey of the middle ages: Cluny. For all of you who are ever interested in doing so: apparently from December to somewhere in spring, the entrence is free on the first Sunday of the month! We didn't know so that was a happy surprise to us. It was really disappointing that only so little of it was left as it must have been a very impressive abbey in the past! 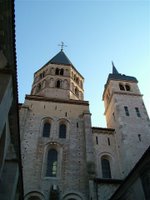 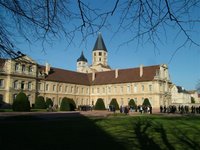 Currently a technical school is housed in the buildings and we arrived in the middle of the initiation of new students, which involved a big parade through the village of chanting people holding each others shoulders. Cool to see. 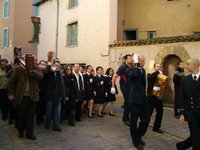 In the afternoon we drove all the way back to visit Dijon, the capital of the Dukes of Burgundy where we also could see some Flemish artifacts. 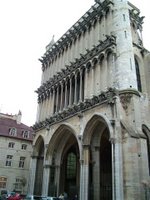 We left Monday this beautiful region to head for the Champagne region including a tour in the famous house of Moët & Chandon and their caves. Mmmm 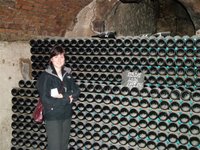 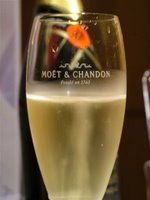 Allie said…
Mmmmmm. I like the last part of your trip the best: champagne ...