While searching for a vacation destination I "discovered" a national park at 100 km from our door. Much too my surprise the nature reserves with woodlands and heath in the "Kempen" is being transformed in the first National park in Flanders: Nationaal park Hoge Kempen . If you now get images of immense American national parks with entry gates, remote from all civilisation, with entrance fees etc is wrong. It's just the woods and natural habitats in between the existing villages and roads that are now being protected by a new statute and infrastructure such as guided trails are further being developed. I sure hope they add some interpretative signs and more benches in the future.

We continued on the same type of cyclingroads that we used the day before and discovered the different landscapes while crossing the woods, passing by lakes formed by former sand excavations, passing by a still active sand excavation, lunching in the midst of heath on the top of a hill with stunning panorama view, ... We did pass through 2 nearby villages and crossed the highway on a newly developed "Ecoduct" but in general we could enjoy nature and the absence of many other living souls nearby. 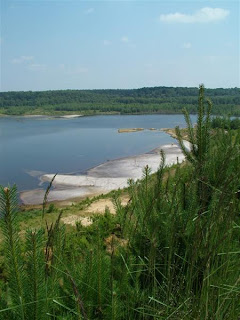 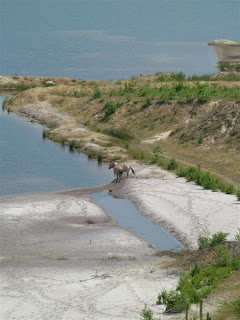 wild horses along the water 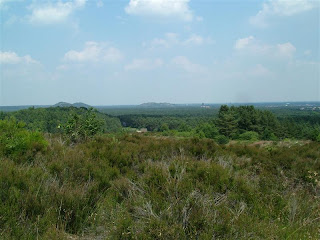 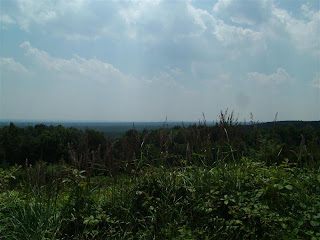 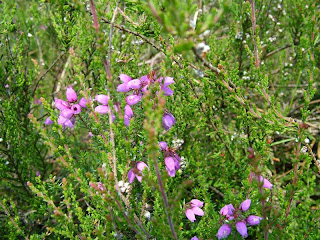 When we finished the tour of the park, our buttocks were so sore that I was very very glad to get off my bike again. For the remainder of the day we went for a walk in a nearby village that Jan knew...and which apparently had recently won a tv/radio election as "prettiest village in Flanders": Rekem 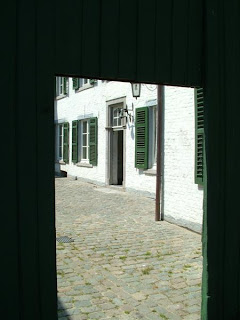 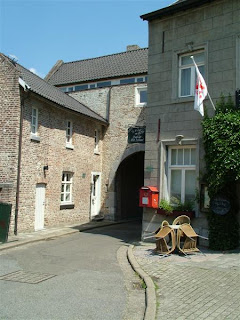