I was suspicious beforehand that the Niagara Falls would probably be a tourist trap, but on the other hand, it's something you've gotta see once in your life right? If you are in the area, you just must go by and see this water mass plunge down in these impressive falls. 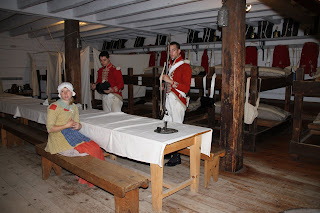 When we reached the falls, which could be seen from far by the skyline of casino's and disgusting towers that rise up on both the American & Canadian side of the falls, the sun broke through the fog and gave us the spectacular view on the falls.   Even though all the amusement parks closeby the falls made me wonder if we landed in las vegas instead of a nature wonder,  the governments did ensure that the sides of the falls are free of commercial nonsense and are still aligned with green parkways to stroll along or to pick-nic. Pheww.

And so I managed myself a nice big sunburn while enjoying the Niagara's mist :p