I was still a little kid when my parents bought a little garden house to place all garden equipment and garden furniture in.  It was a cute little house with a small terrace, with red/white squared curtains in front of the little window and always a box of "vlijtige liesjes" flowers in front of it that I had to water regularly.   Many family portraits were taken in front of it, and it was such a big part of the garden.

Although not visible at first, after a few decades, despite all the maintenance my dad had done in the past, it had become unstable and in poor condition so this winter it was decided that my parents would buy a new garden house.

We all had to block some weekends in our agenda for this joint family project and yesterday was the big house destruction day.  In its condition that went actually quite quickly and after a few good knocks by the men, they were already preparing to load all the remainders off to the city's container park. 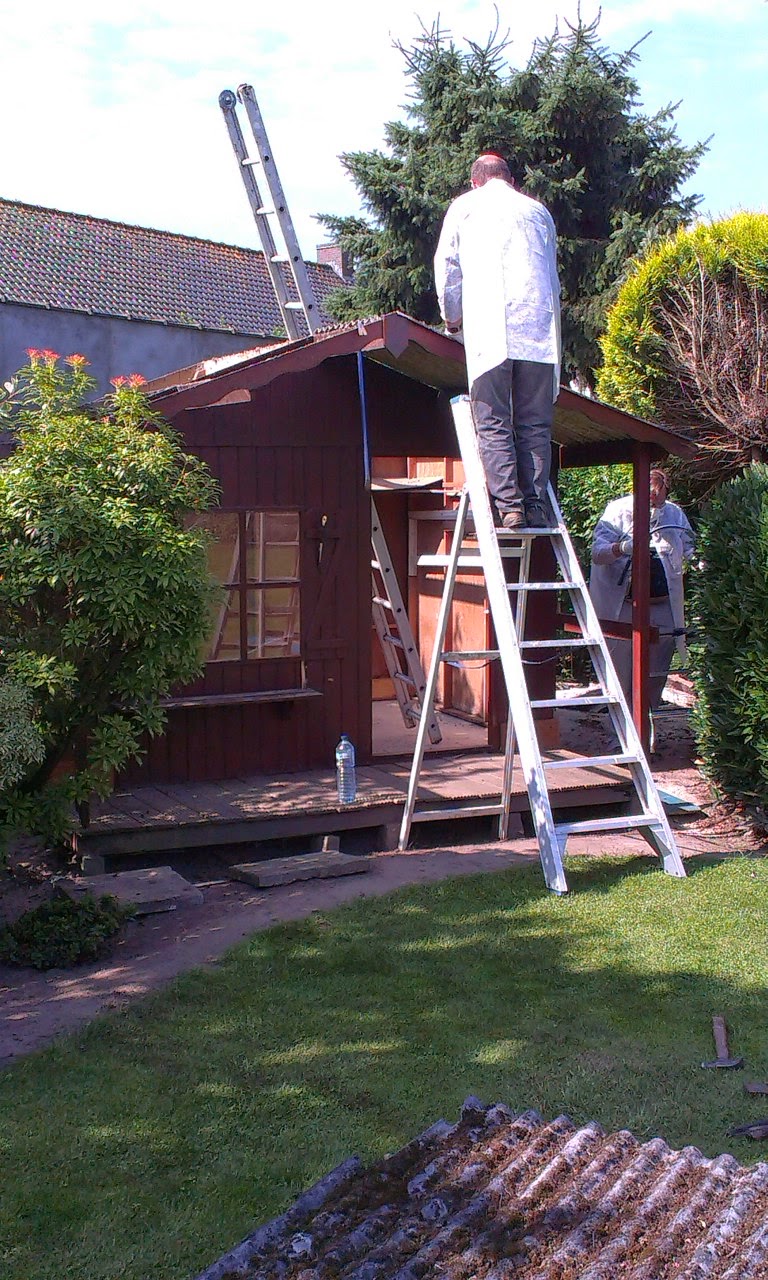 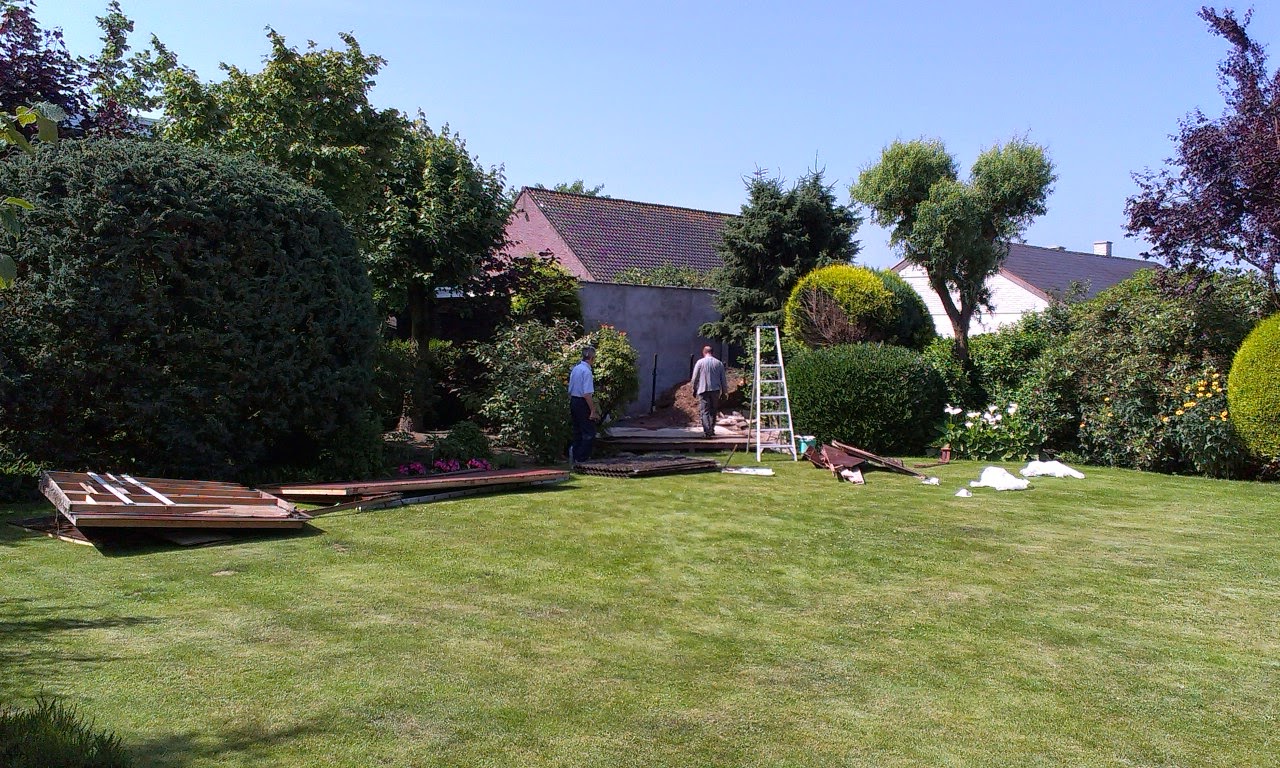 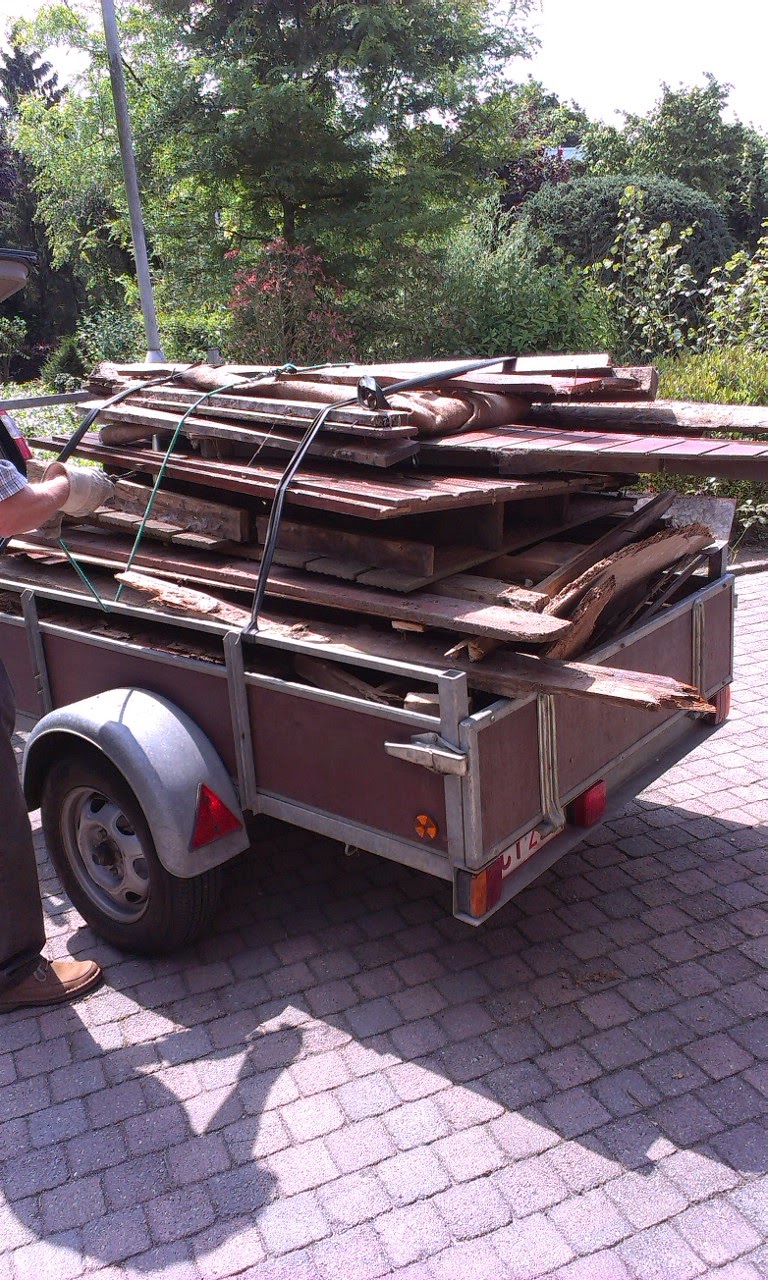 In mean time we had unwrapped the new garden house packages and made the inventory of this giant puzzle that we need to master in the coming weeks. First step is a first layer of paint ...which turns out to be much more work than anticipated.  We'll have quite some more family painting hours to come before we can do our "barn raising" excercise. Hopefully the weather will be as cooperative in the next scheduled Saturdays. 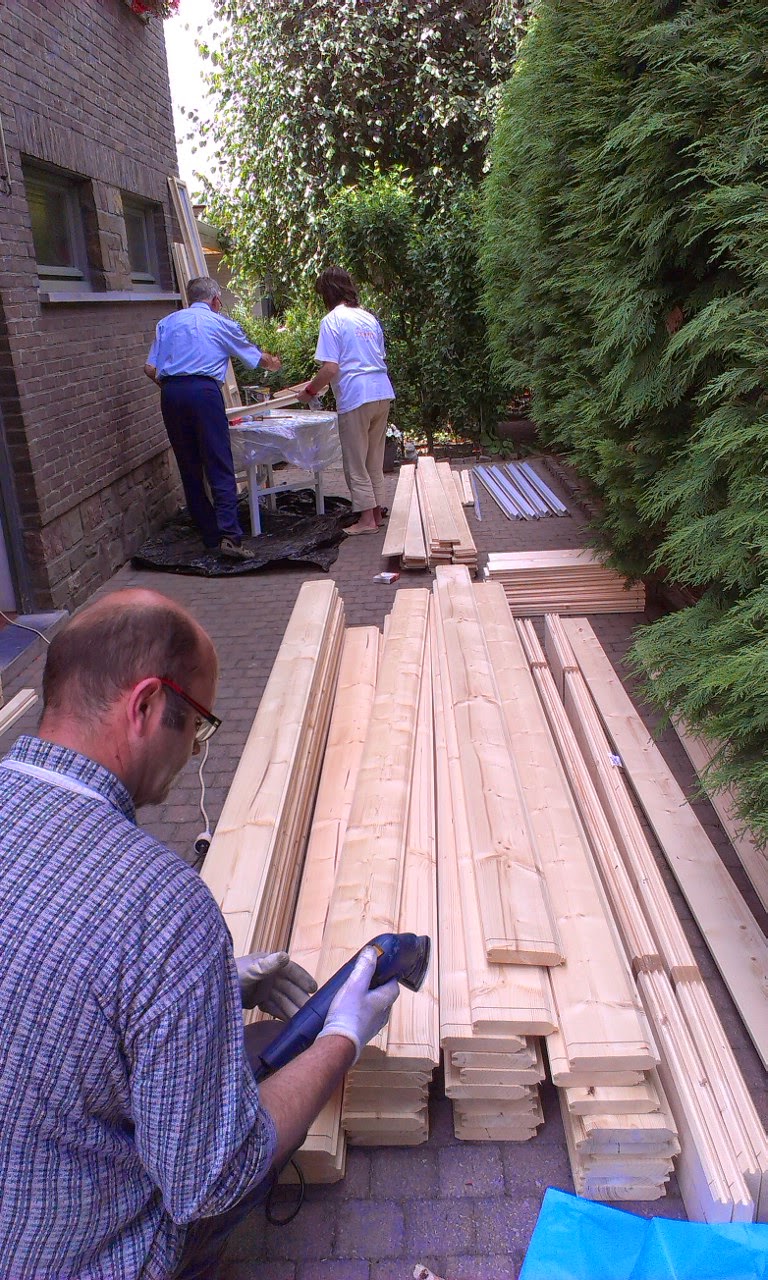 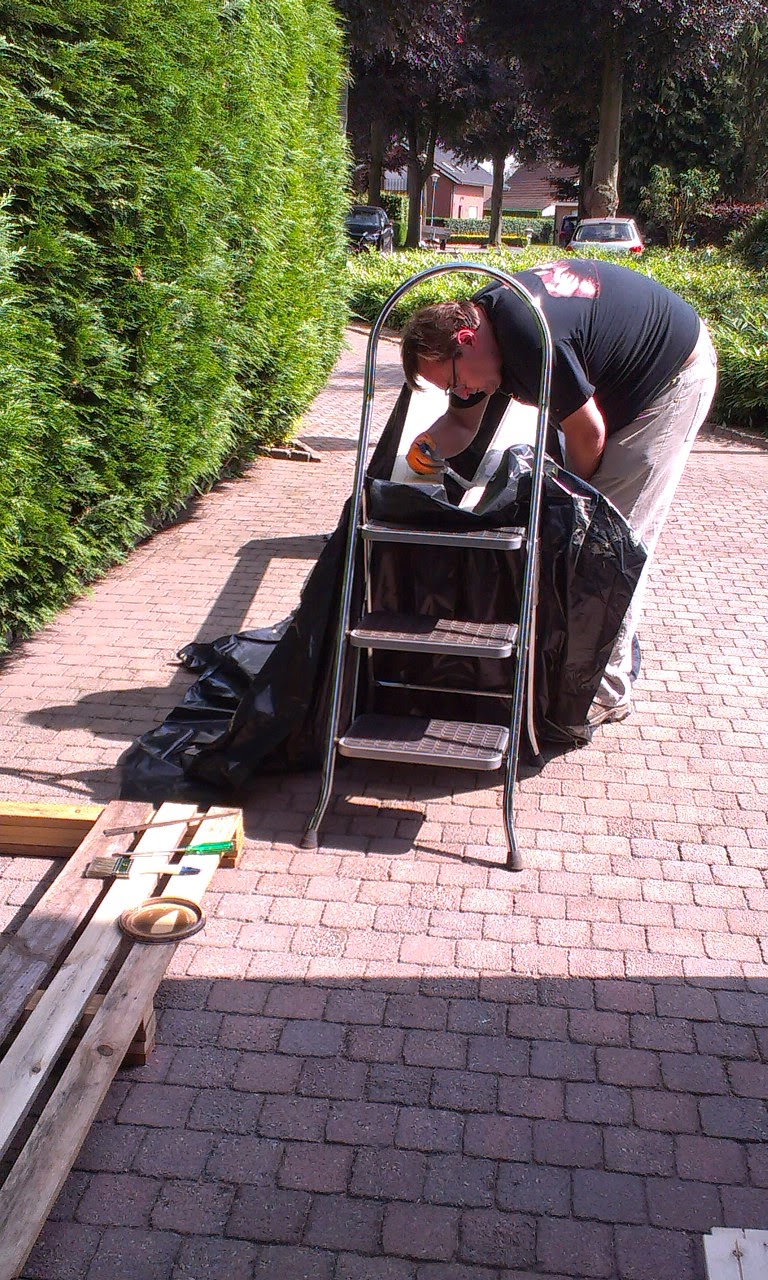 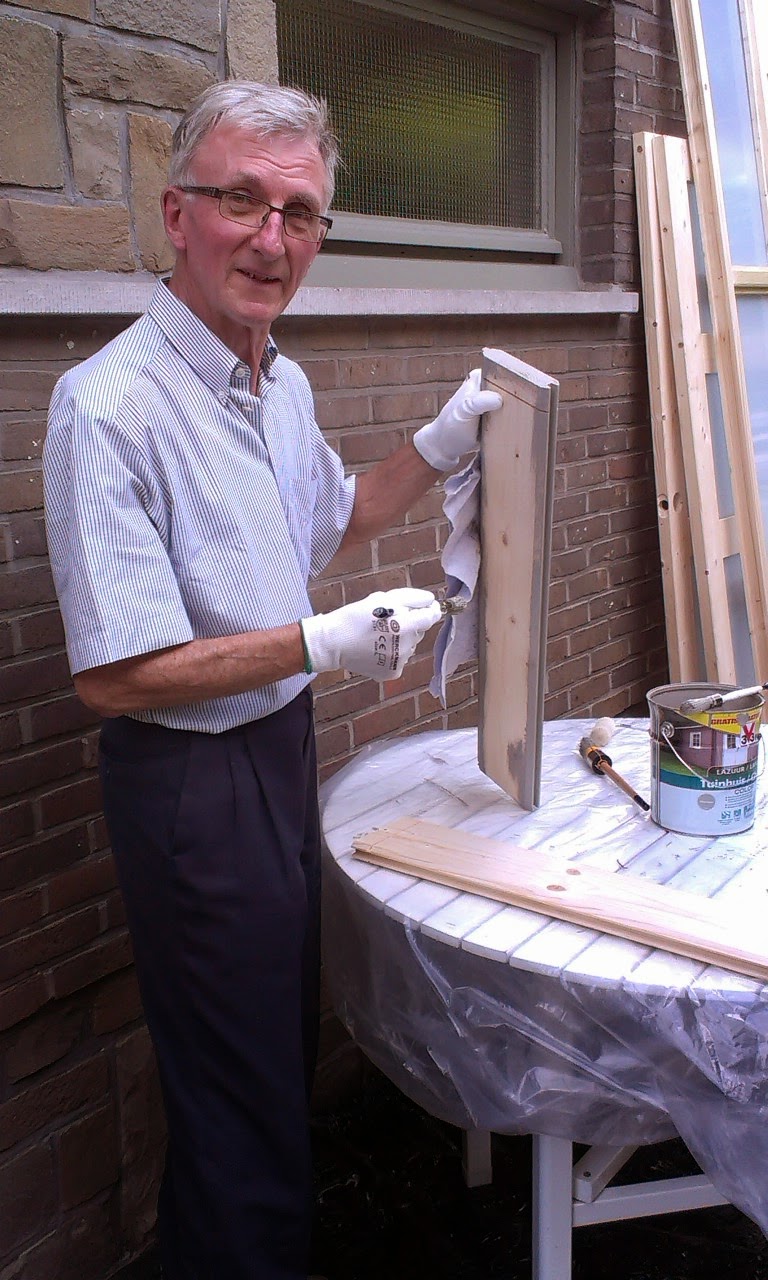 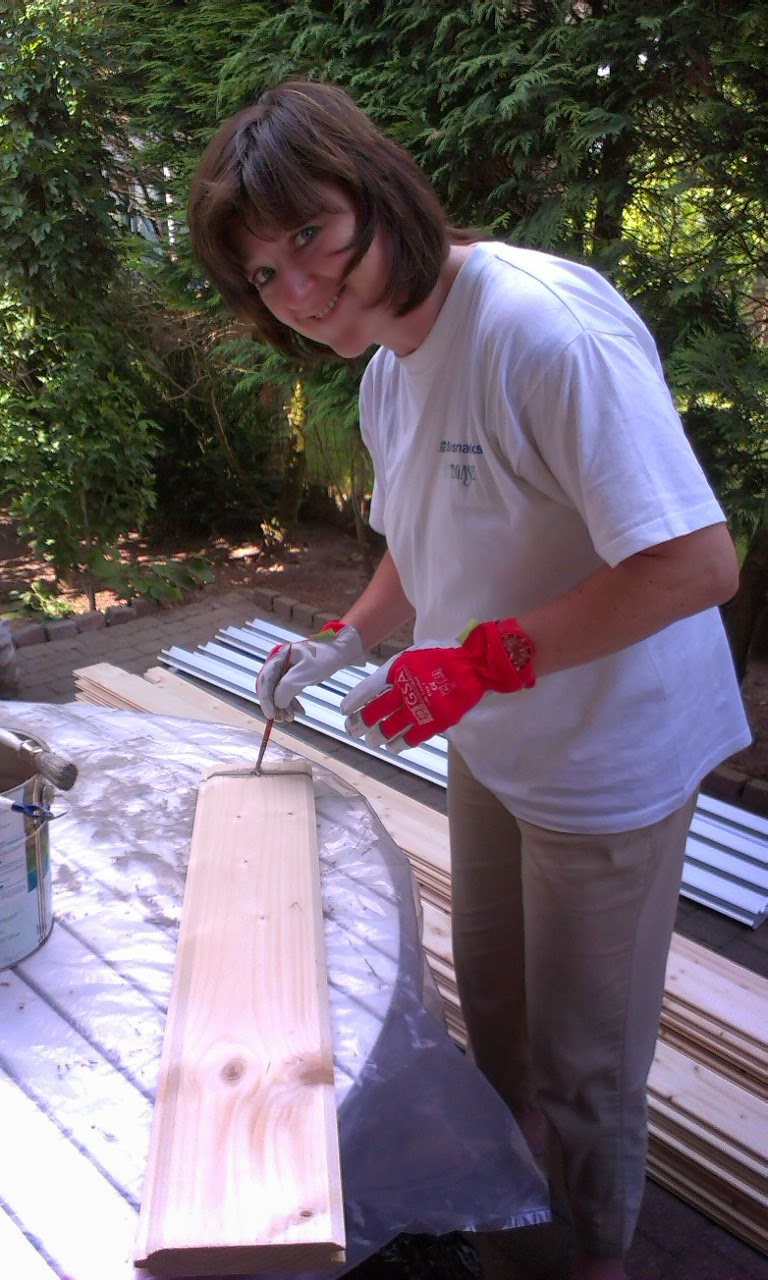 In the mean time Kabouter enjoyed getting spoiled by attention from his cousin and grandmother. 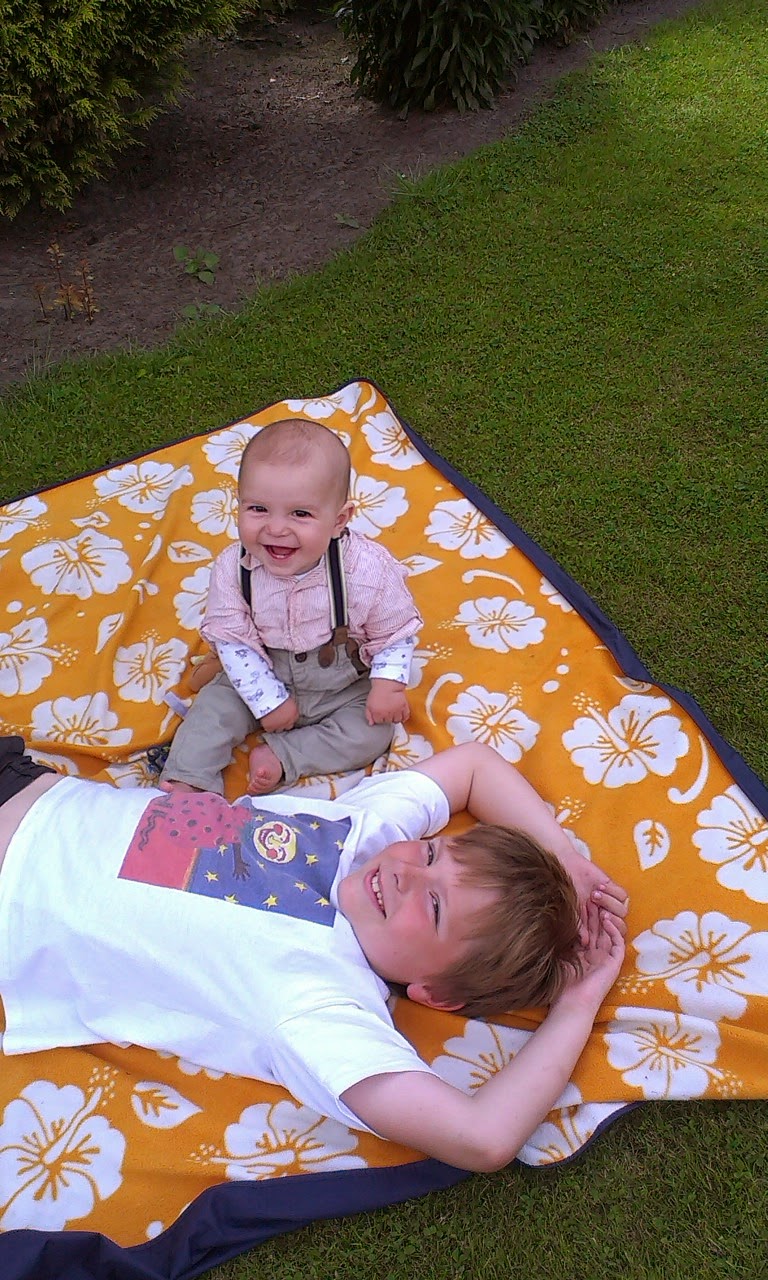 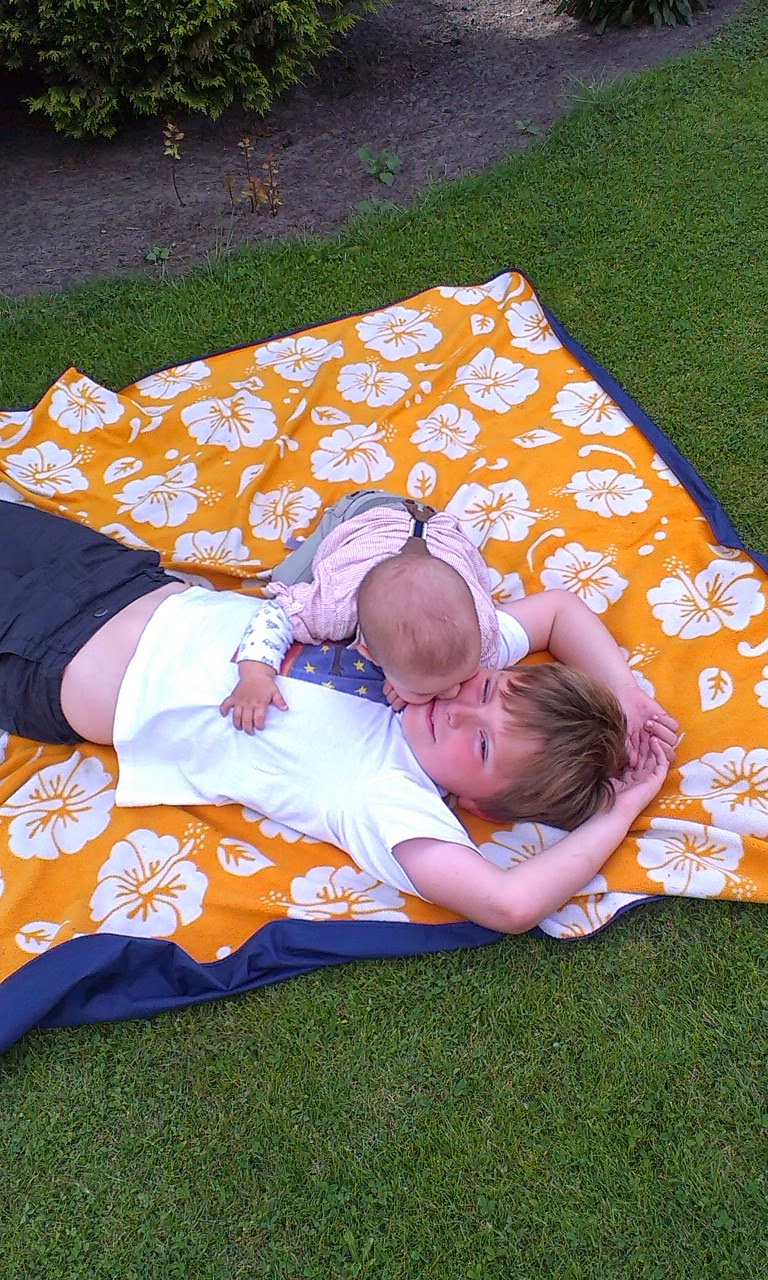 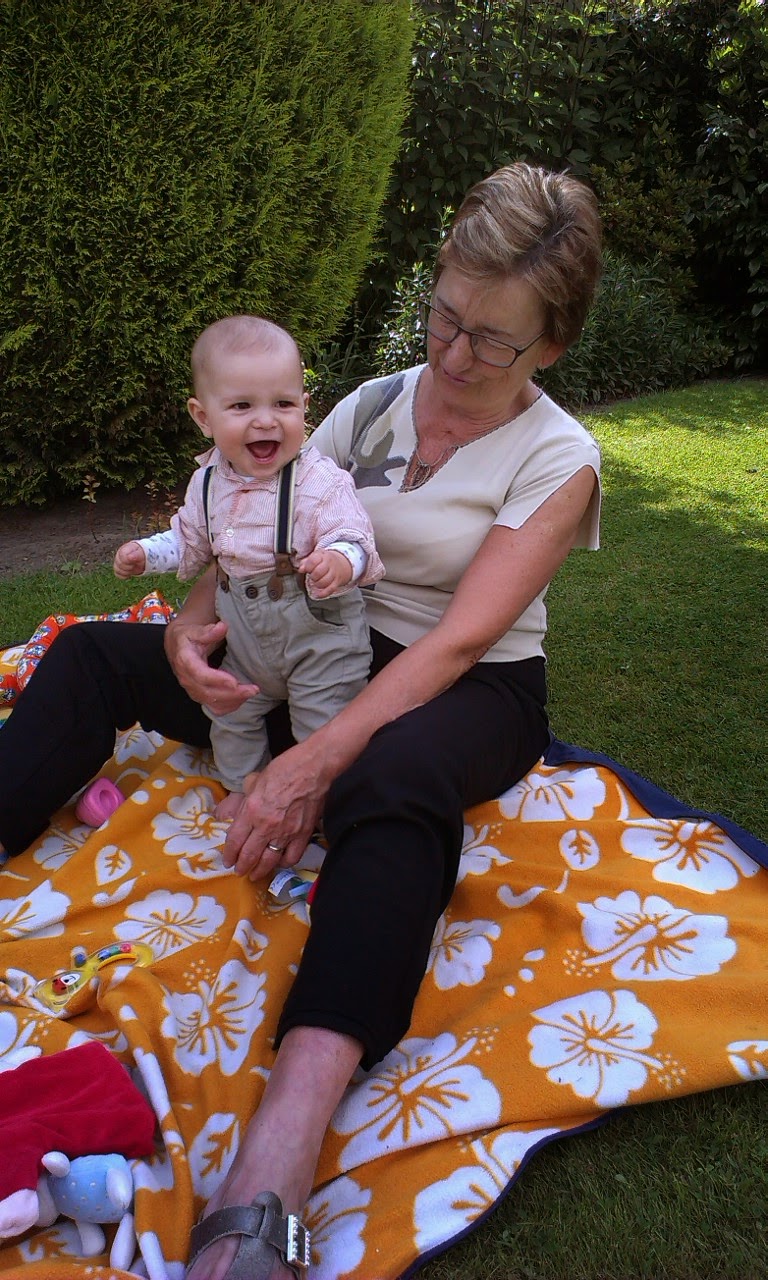