Kabouter and I joined the crowd on the old Market Square in Leuven for the game Belgium - Russia.

Honestly , it were 80 boring minutes (and part of the 2nd half I even thought the Russians were better and would deserve a win)....And then there were 13 mad minutes at the end where the Belgians pushed attack after attack and all our hearts stopped again and again. And we won!!! Gooooaaal in minute 88!
Which means we're already qualified for the 8th finals after the group phase :) 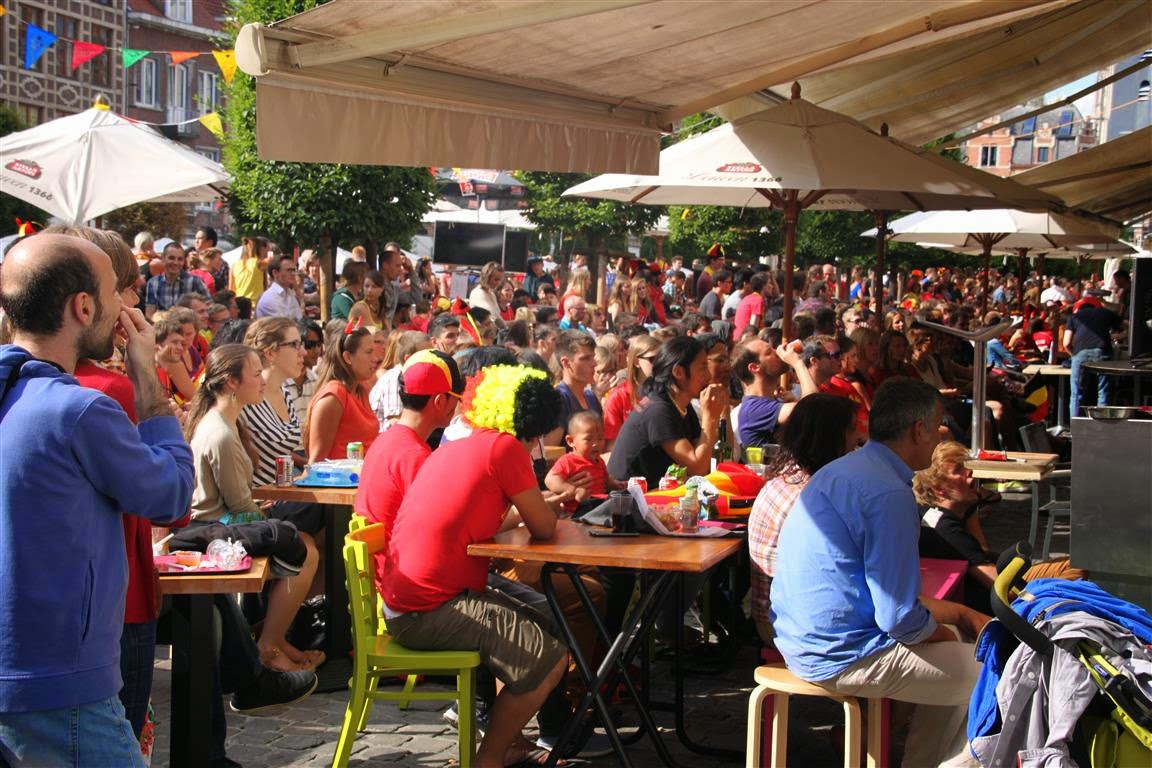 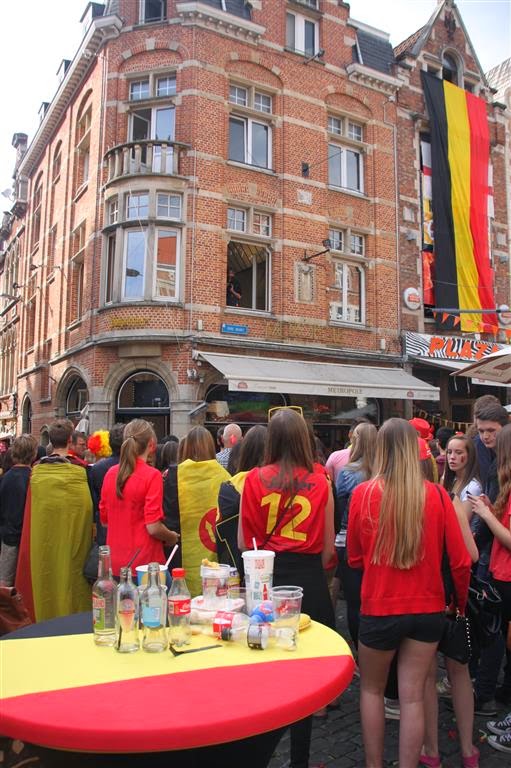 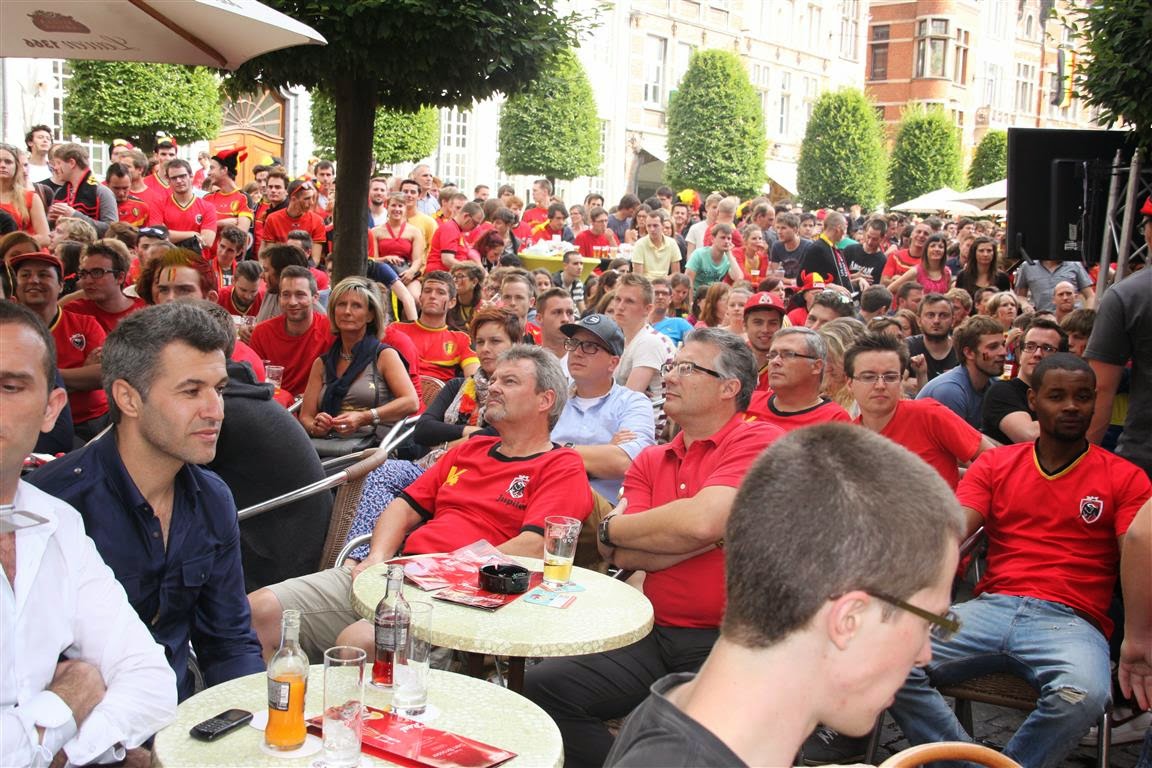 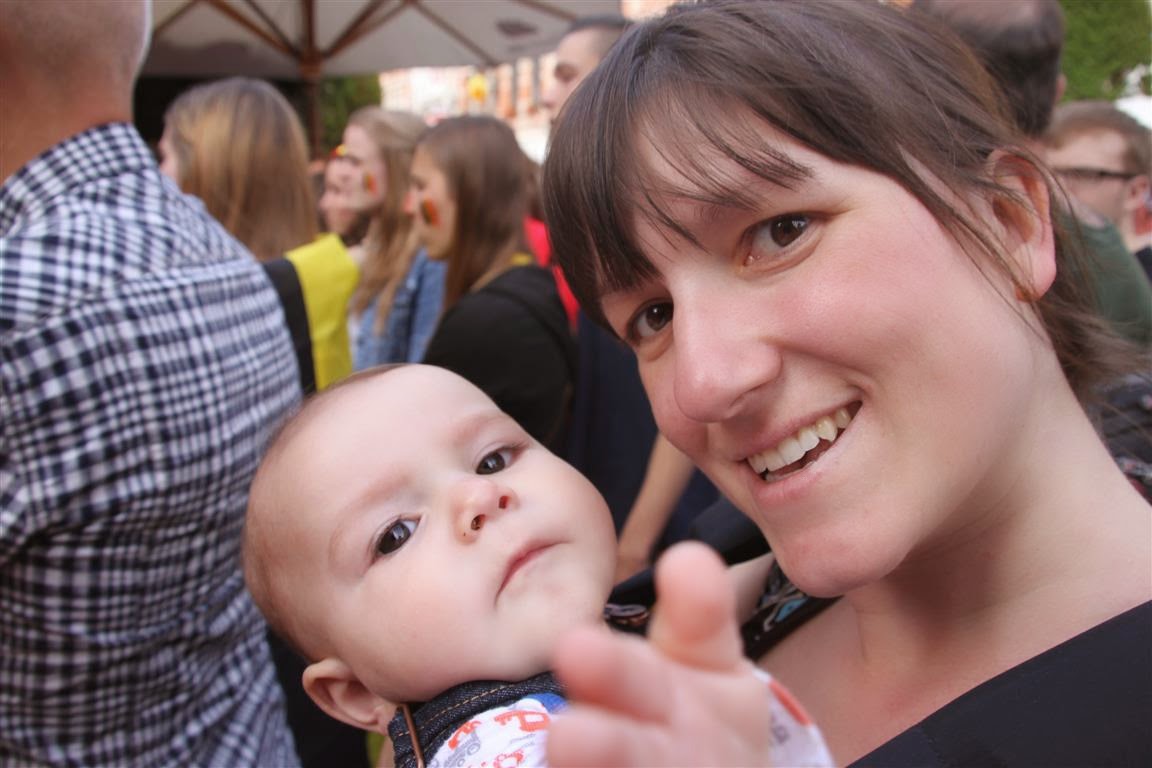 GOAAAAAALLLLLLLLLLL  (and a shower of beer over us) 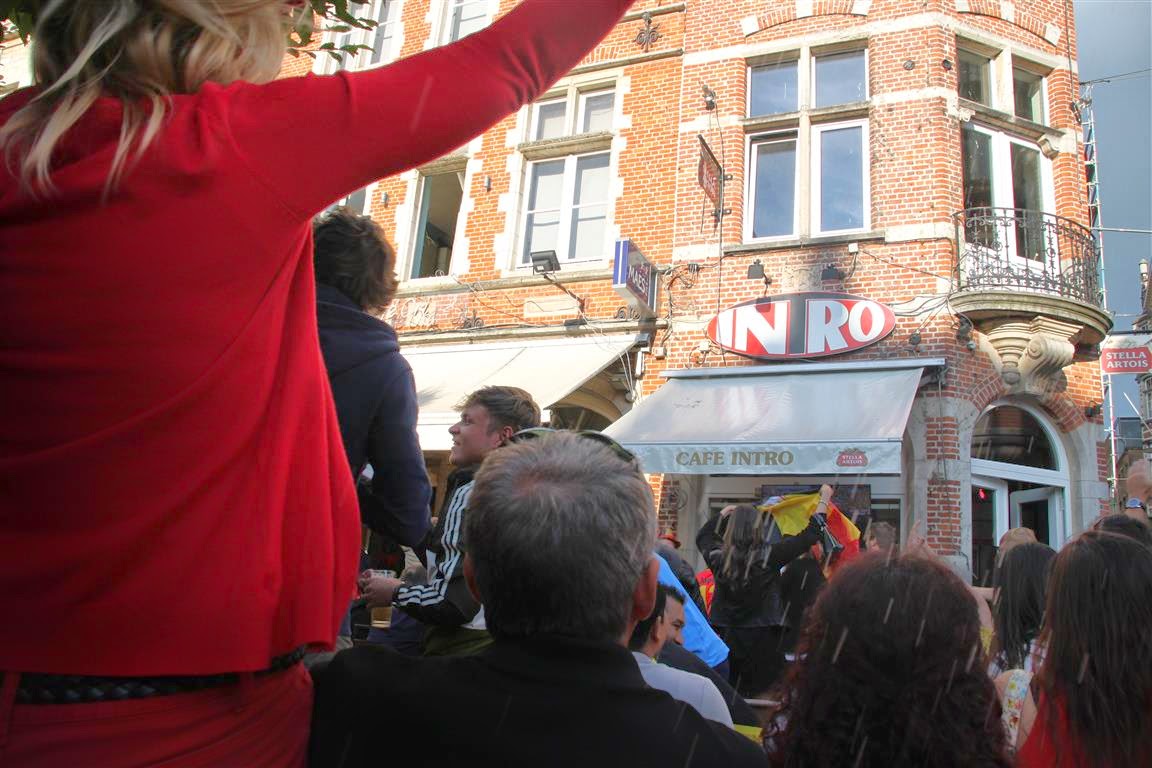 Time for a samba party 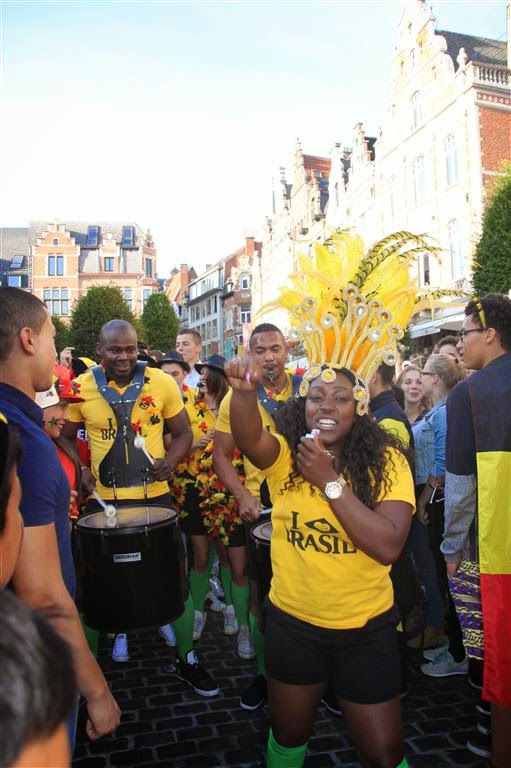 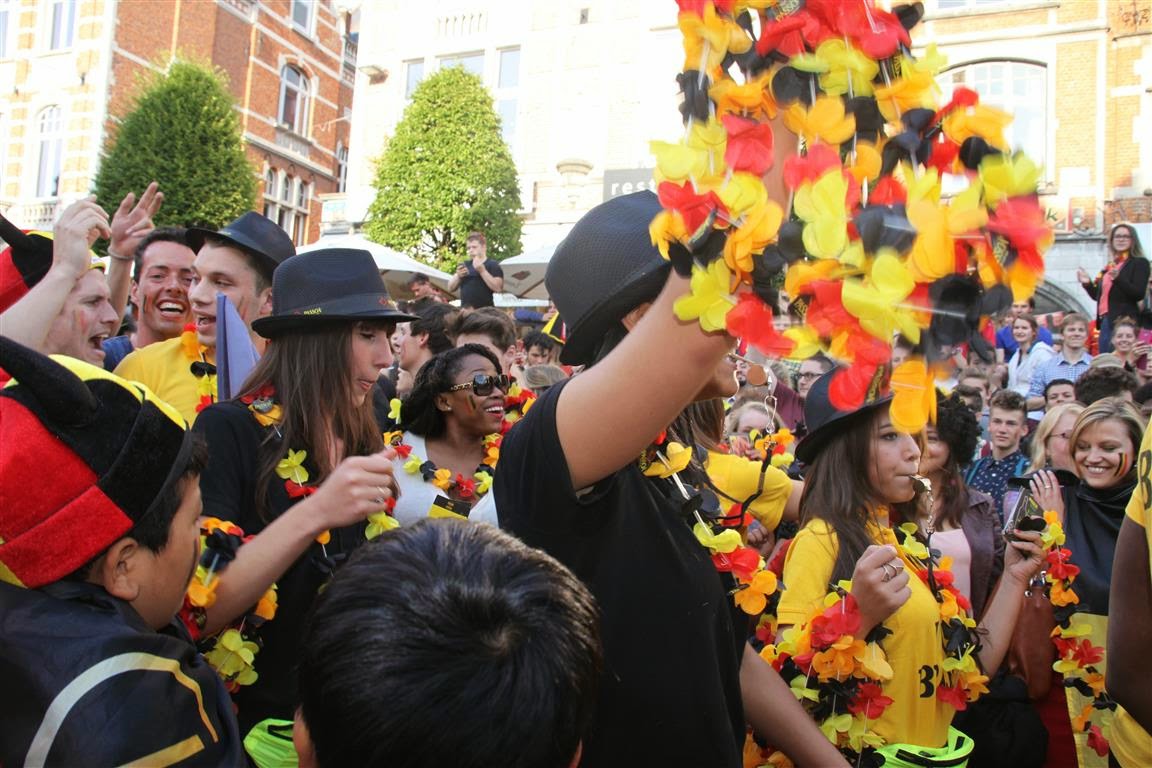 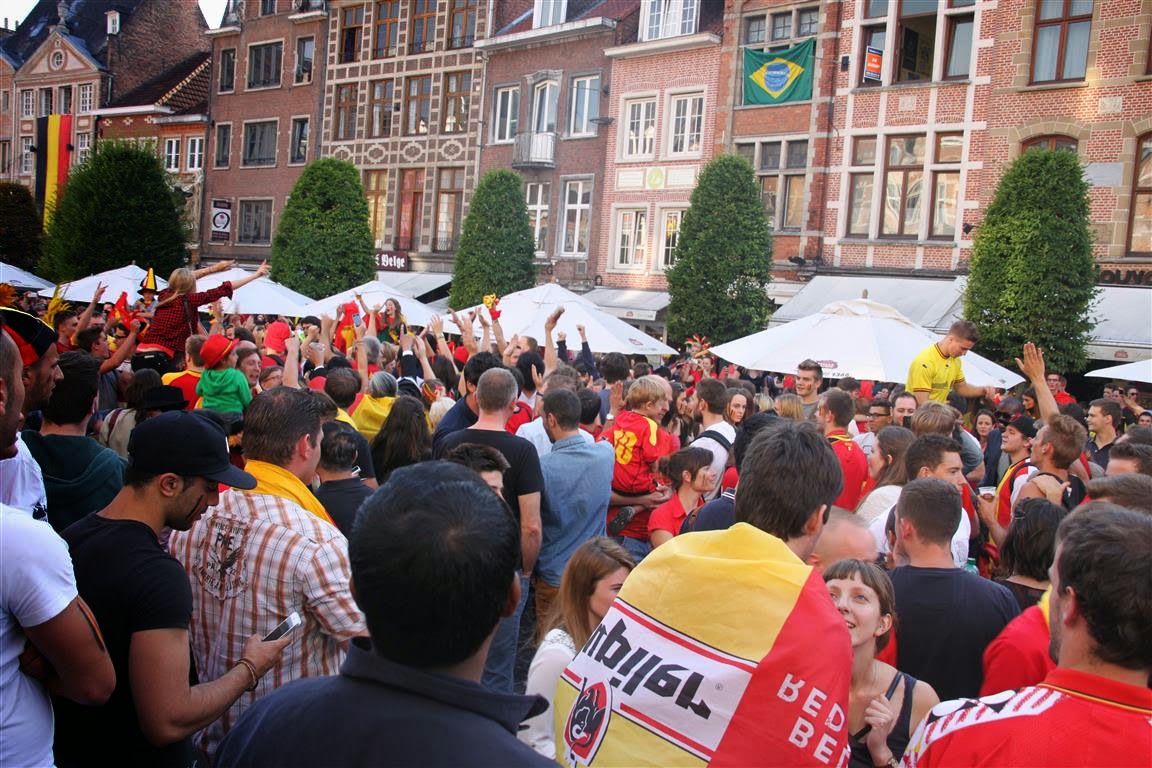