World Cup Fever: will it implode or rise next Sunday? 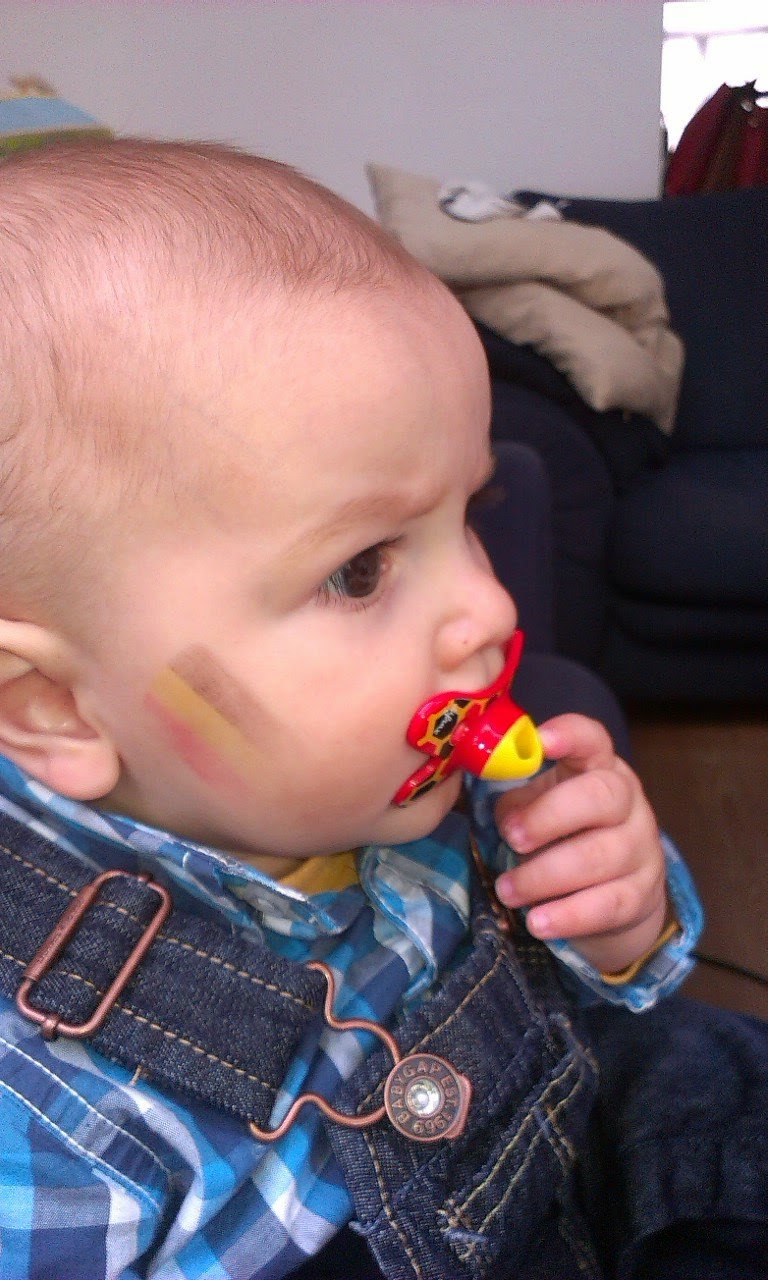 On Tuesday evening I went to pick up Kabouter at the daycare and I picked up a baby with black yellow red stripes on his cheek. On the walk home, I came by18 houses with a Belgian flag out the window,  8 decorated cars, 4 people dressed up in black/yellow/red in 12 minutes. The roads were calm as the traffic jams in the evening had started much earlier than usual and the local fries shop was closed.  In the afternoon my colleagues had done a dressed up photoshoot while I was in a meeting, in our national colors to cheer for the team. Since that game the number of national flags out of the windows and cars has just increased. I think there's now on average per 2 per 100m houses.

Belgium is going through an unseen world cup fever. While we usually mock at the orange fever of our Dutch neighbours, we now have joined the disease as well in black, yellow and red.

This display of national feeling is quite strange in a country where our national holiday triggers as much nationalistic enthusiasm as e.g. Whit Monday to say something.  If it's nice weather we think "oh great, we don't have to go to work tomorrow, maybe we can have a BBQ with some friends" and if not, we might use the time to clean up the attic.  Belgium is the country of surrealism with René Margritte painting "Ceci n'est pas une pipe".  Well, this is not nationalism .  We can easily combine a huge electoral win for the regional seperatistic party at May 25 (33% in Flanders)  and then all drive around in our national colors the week after.

Anyway, it's contageous and it's fun.  I personally still don't feel the excitement of the world cups to the same degree as I did as teenager.  My interest in international soccer died after 2002, the last time Belgium was able to participate in a big tournament. Since then their results were just too sad to track in any way.  But the last years a new generation stood up, a generation that plays in a lot of foreign leagues at top level and that is very talented.  And so we made it quite succesfully through the qualifications much to my sceptic surprise and we are in Brazil now.  And Belgium's young generation is totally hyping the team and all marketing joined.   And it's contageous and it's fun to see all these numerous fan events getting organised.

So with some fear I had the tv on on Tuesday, hoping that a loss would not make implode all of this enthousiasm.  After a horrible first half, we managed to turn the game for the better and succeeded just barely to turn it into a win.   Yeaaaay, we can cheer again for the next game on Sunday!! Maybe I'll join the crowd downtown somewhere to get the vibe stronger.  Do you want to join me here at the market square with over 100 screens and 8000 people sheering?? or inside here??