Apparently some shoes have already been filled

Today we went to see our family and we were greeted by some overly excited nieces and nephew who were very surprised (we were not) that their shoe had been filled last night.   Sinterklaas had come already this year!  Whaaaaa .  Our little Kabouter was instantly surrounded with a lot of excited and got handed his new train that was this morning in the smalles shoe as well as demonstrations of the other new toys.  It was all a bit overwhelming and incomprehensible for him...although he quickly figured out the buttons on his new train. 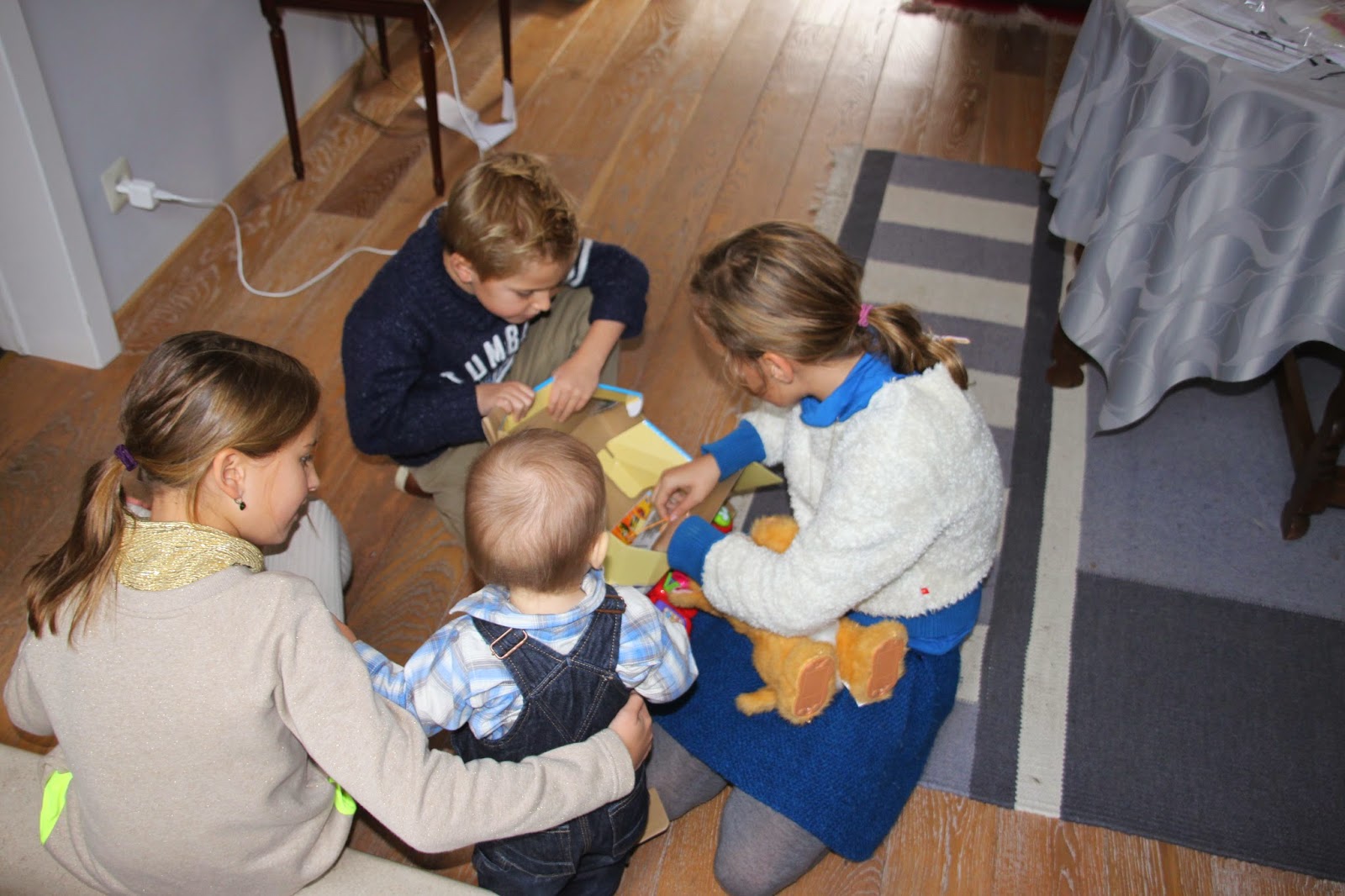 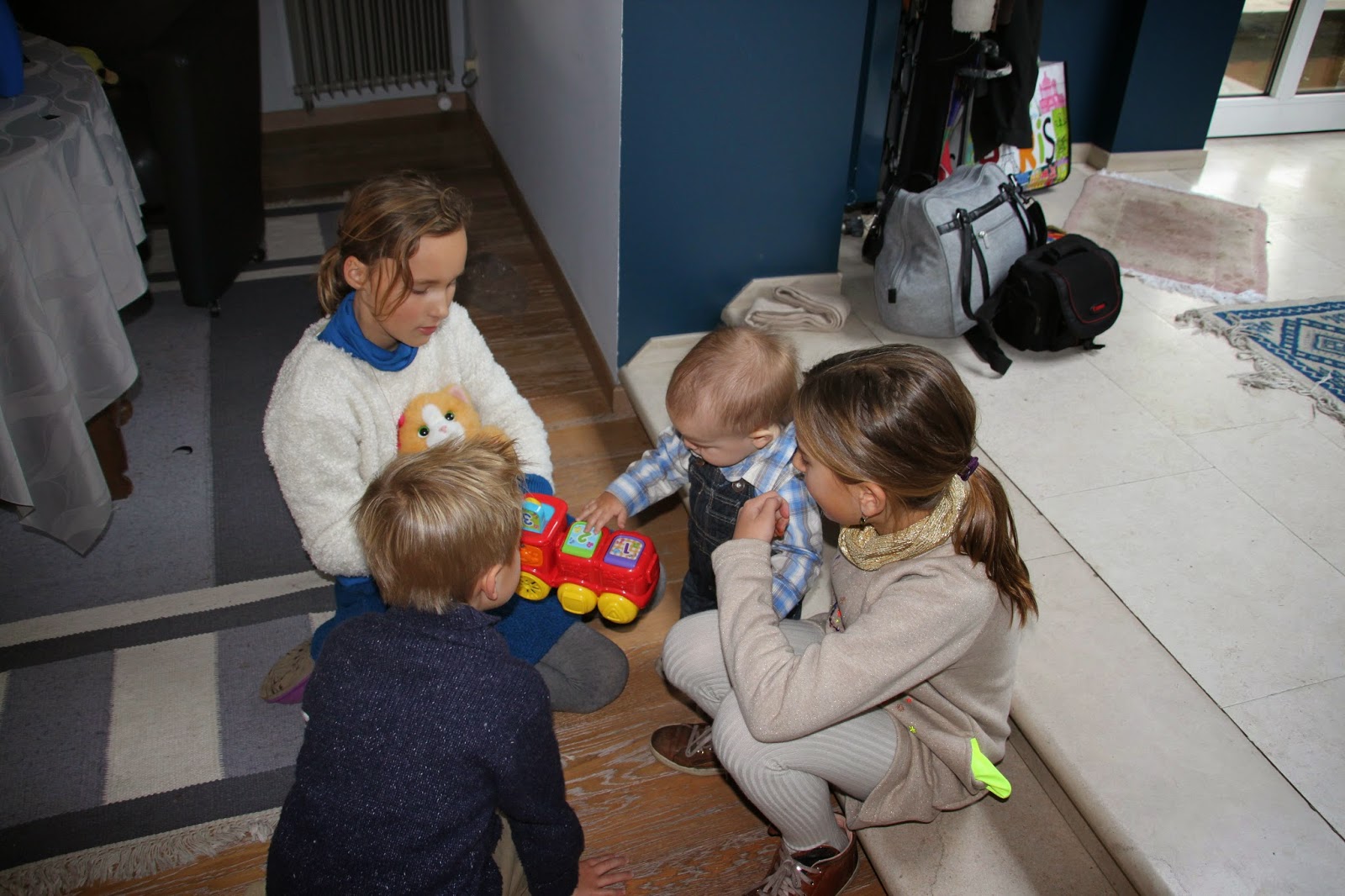 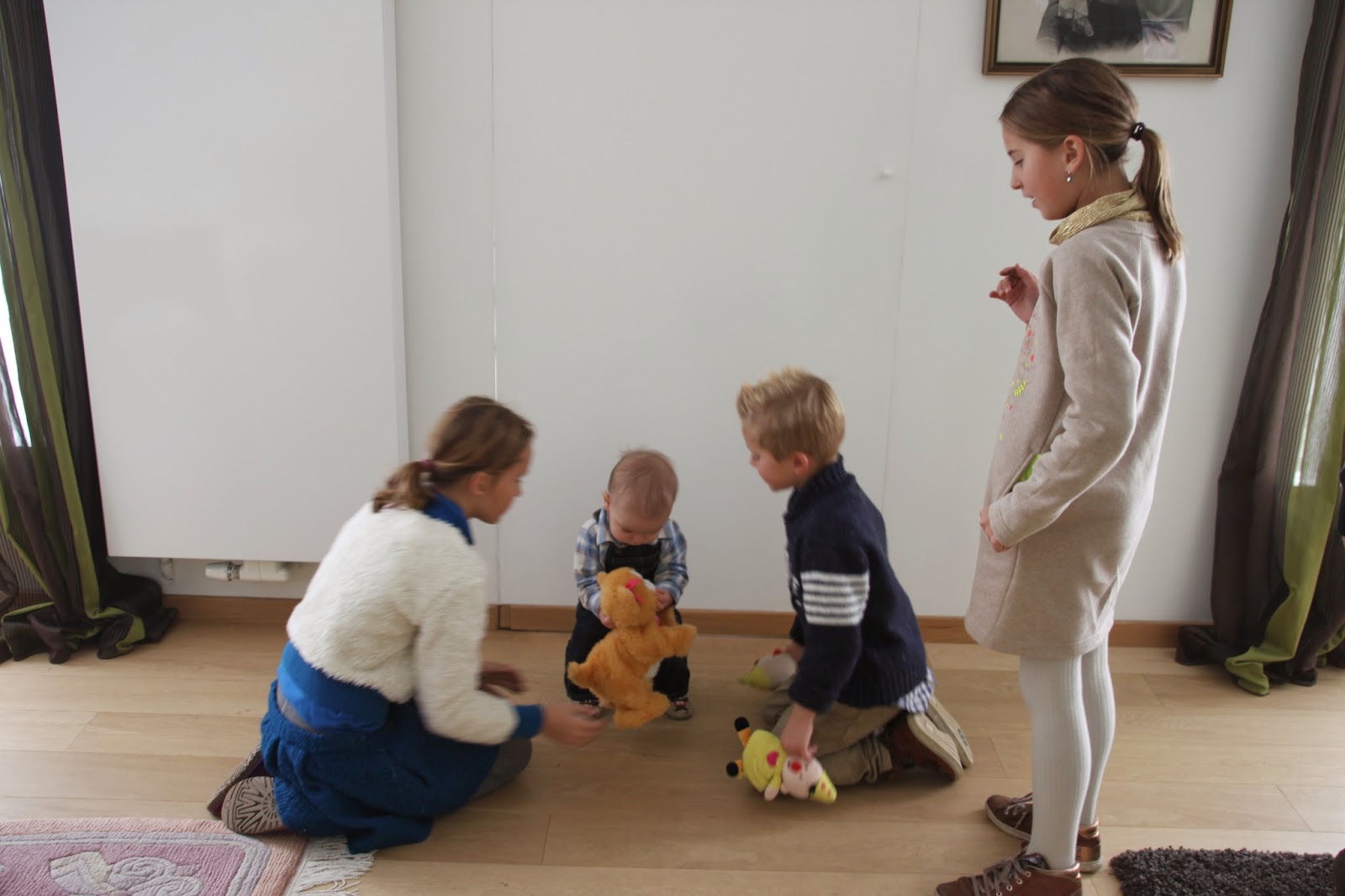 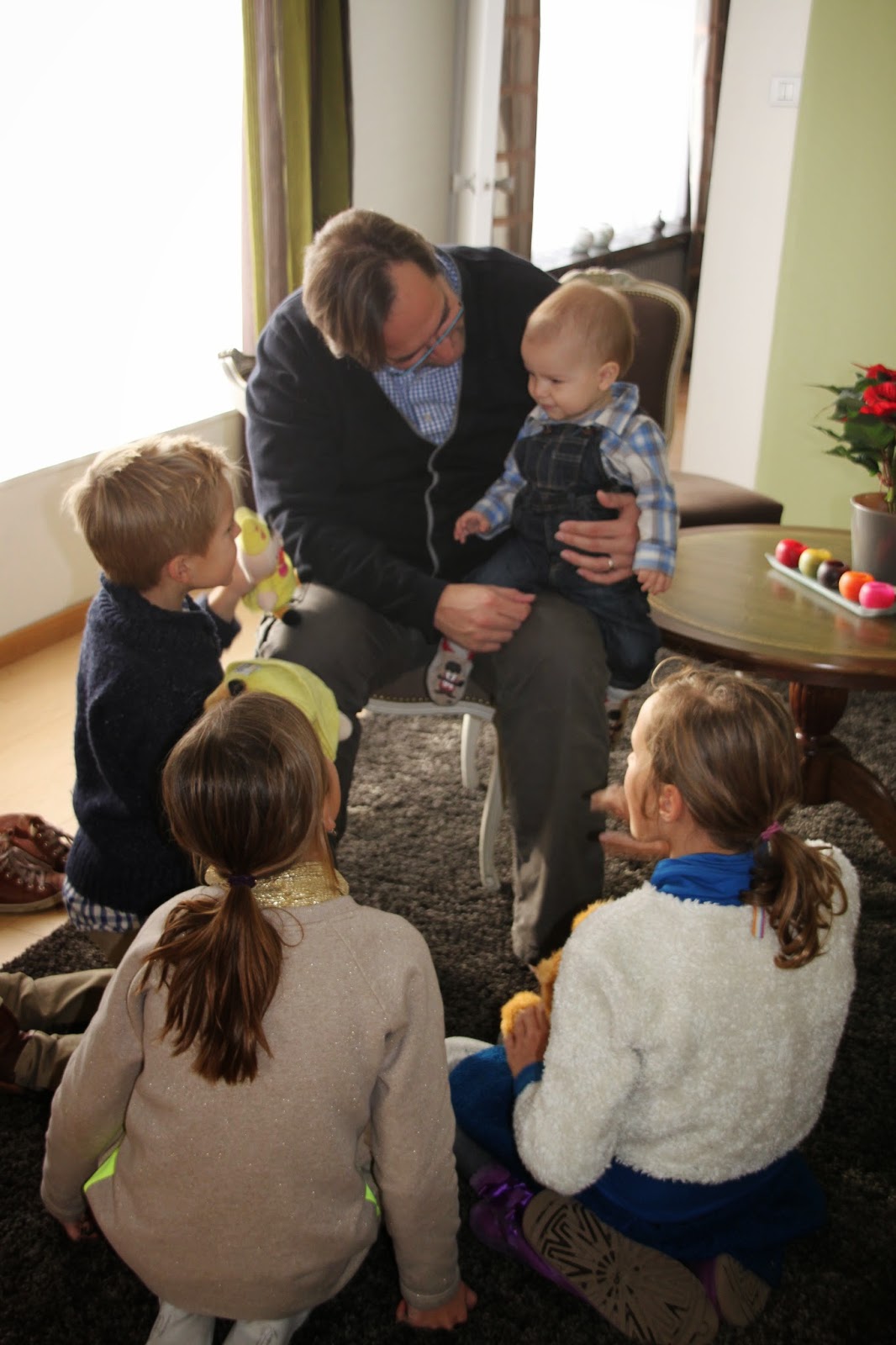 Later on the afternoon we joined the youngsters on the attic where there was fun trying all the hats from the grandparent's collection, playing old records and testing the available instruments.   We escaped back to more quiet space downstairs when at the end the drums, a little organ and a flute were all tested at the same time. 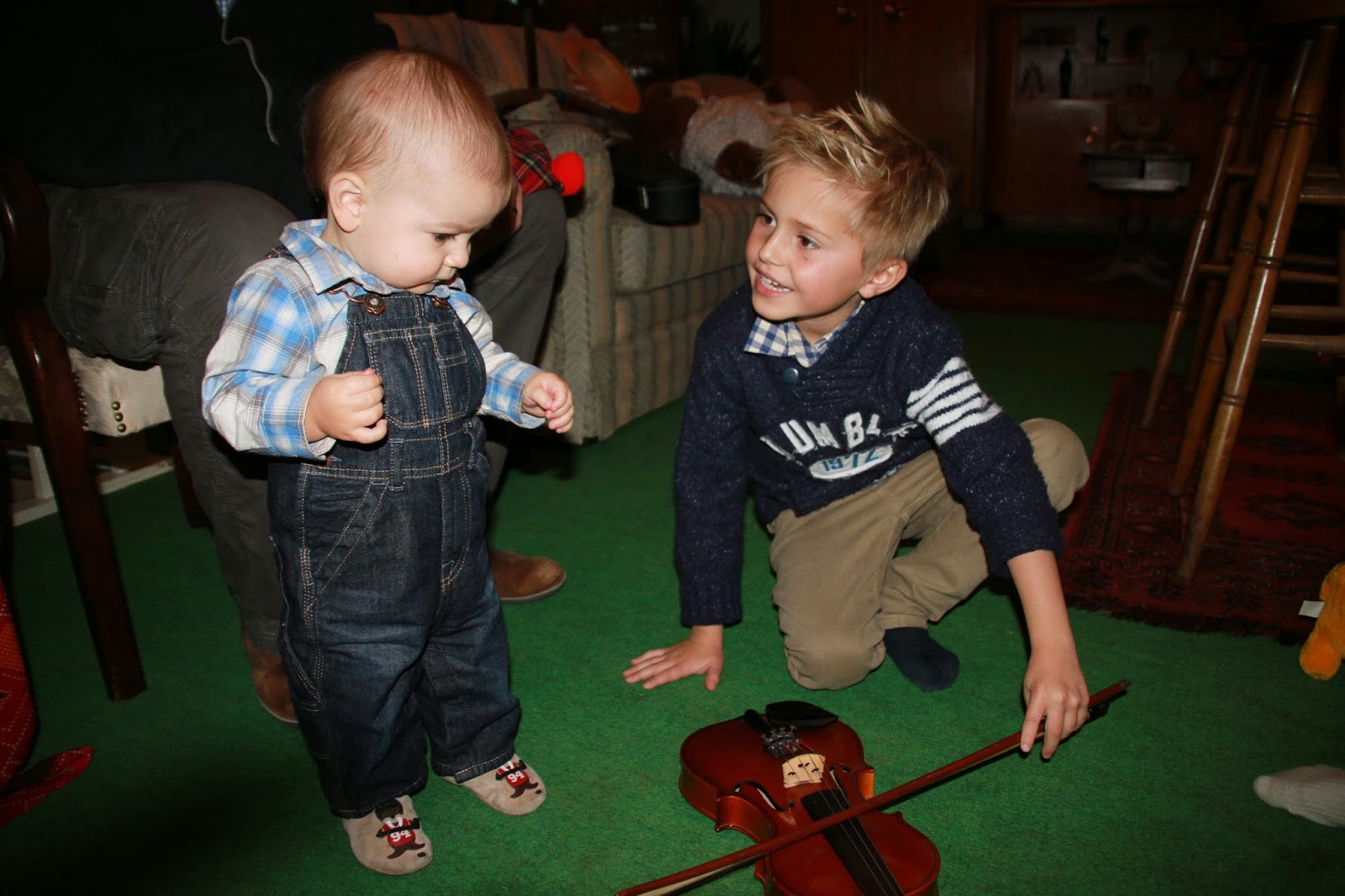 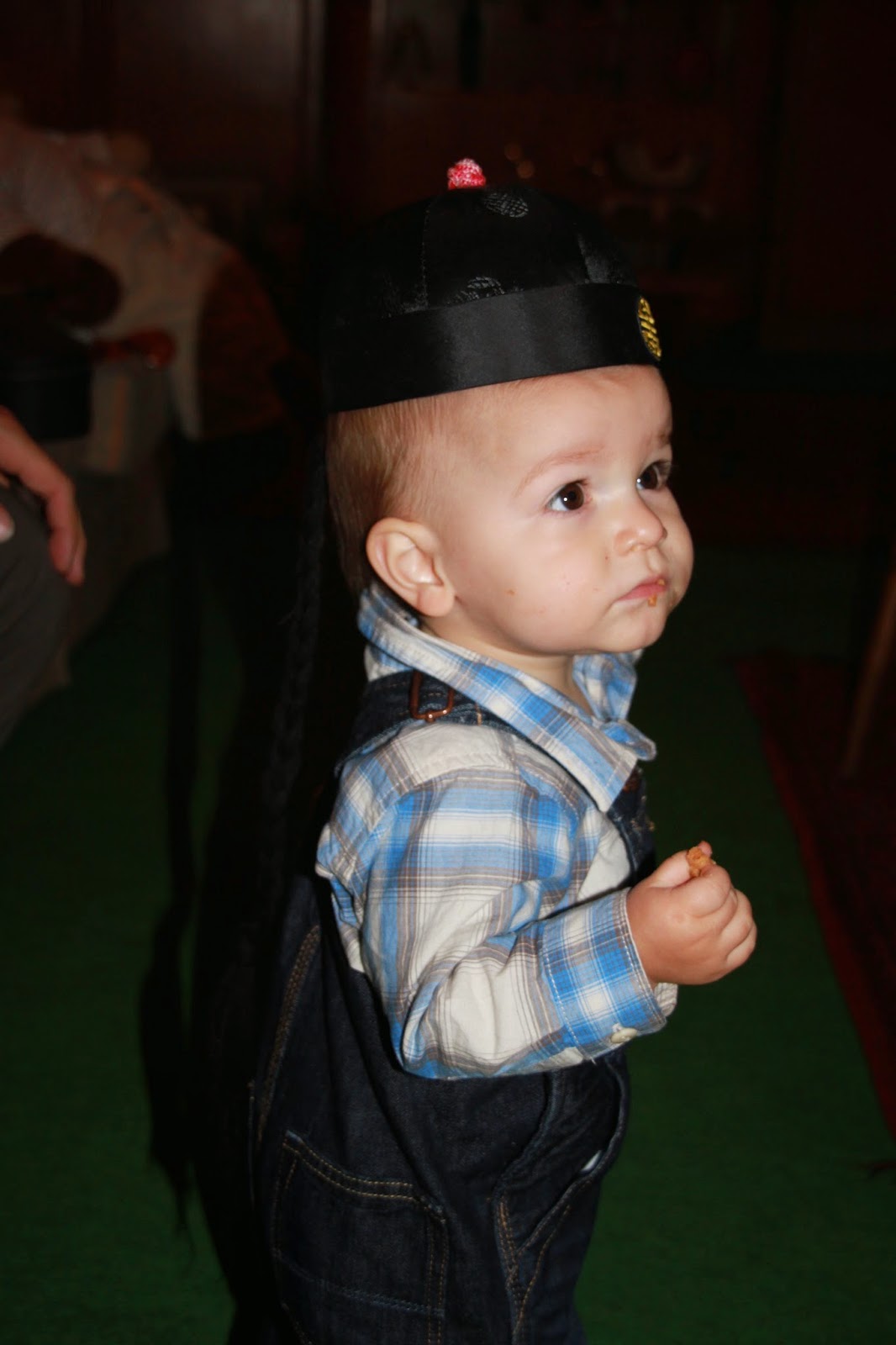 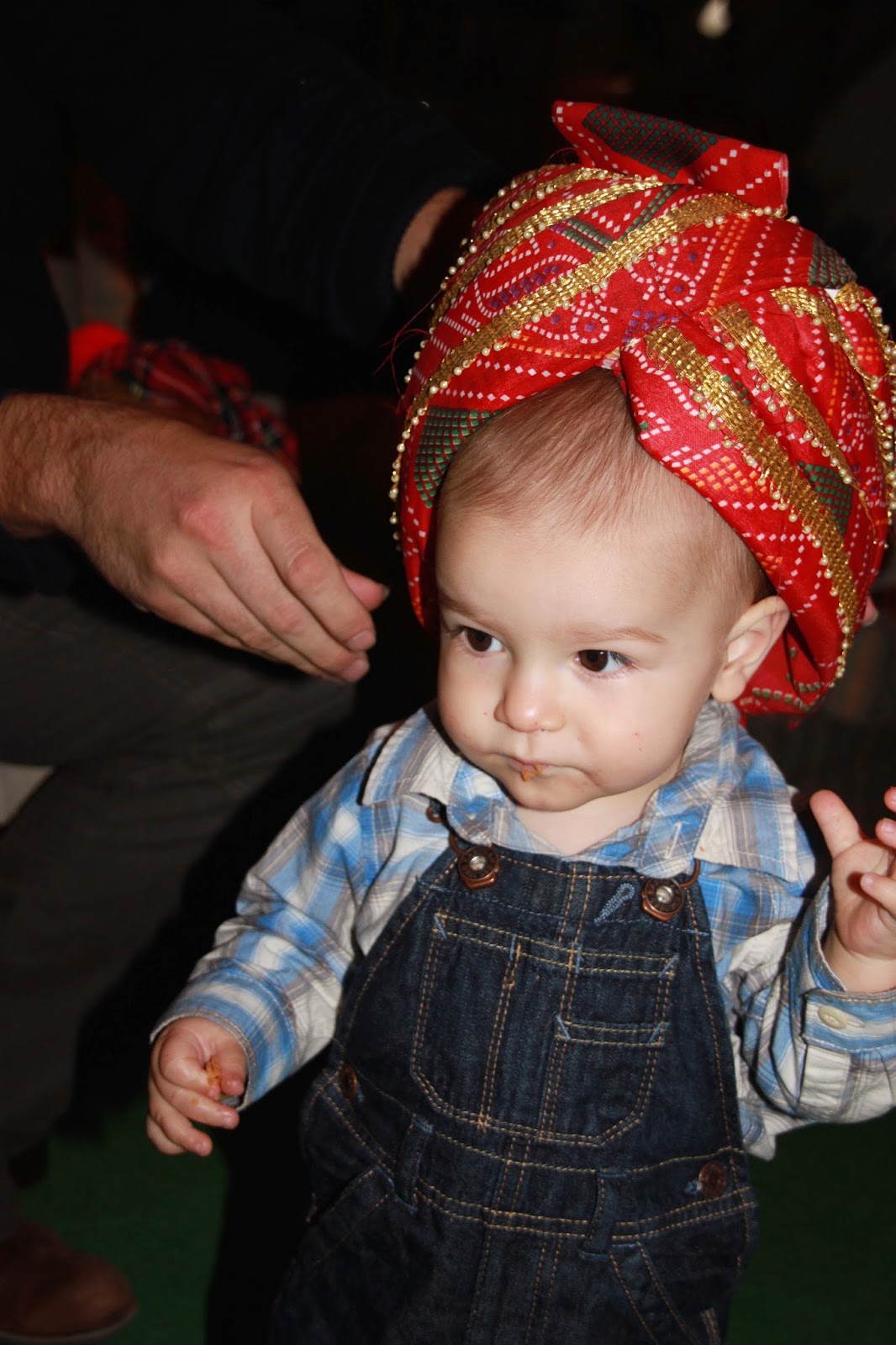 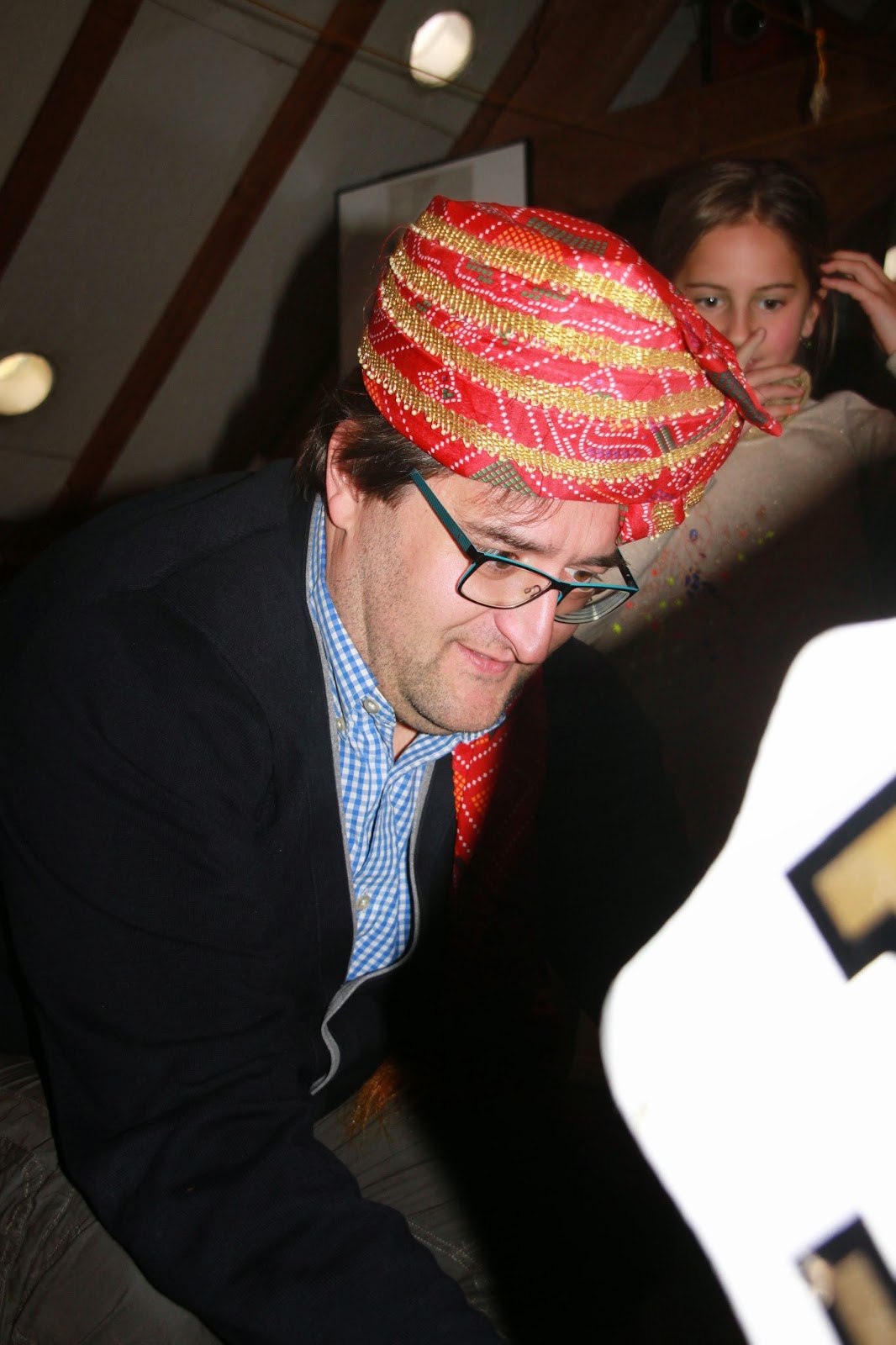 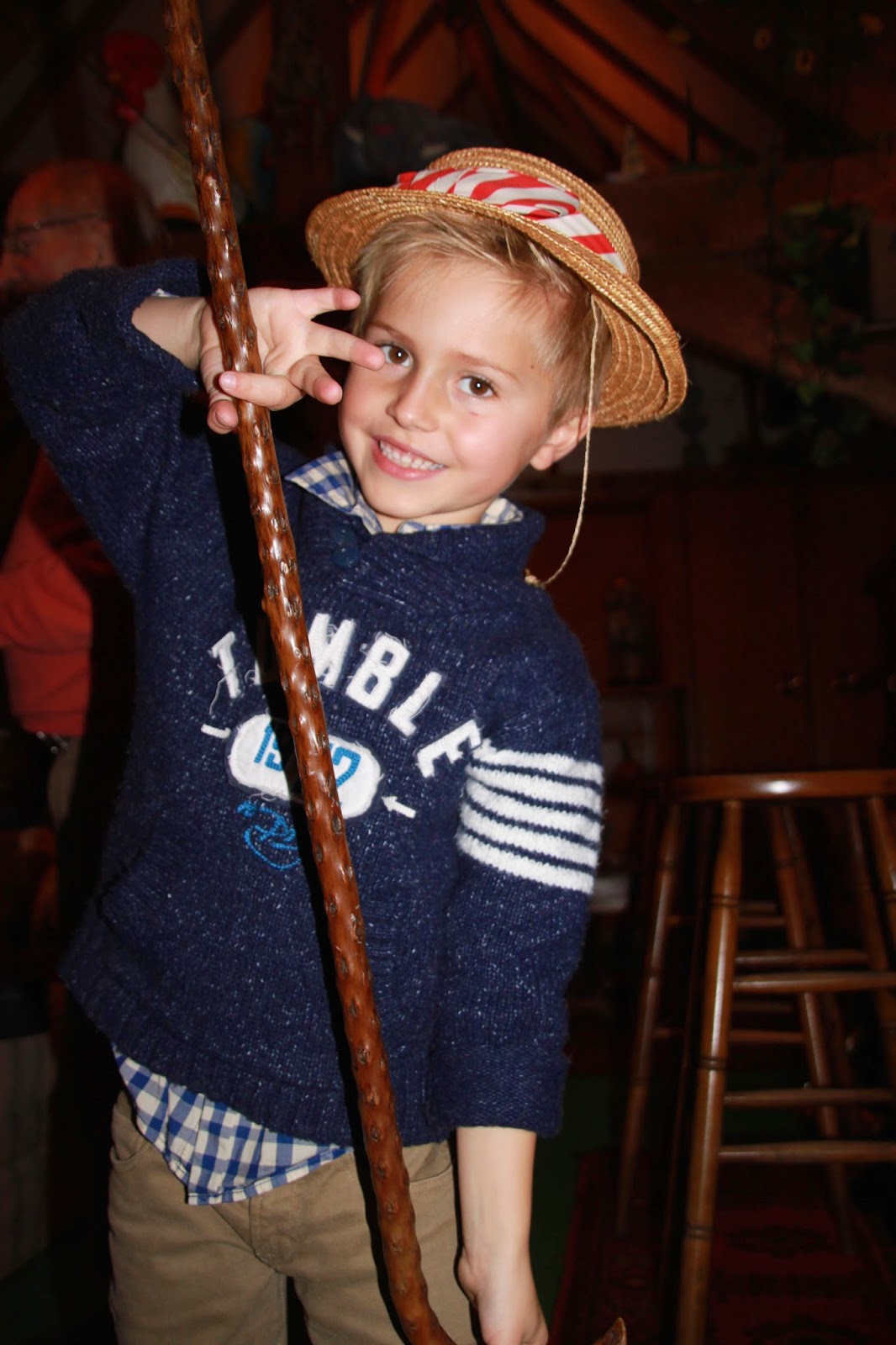 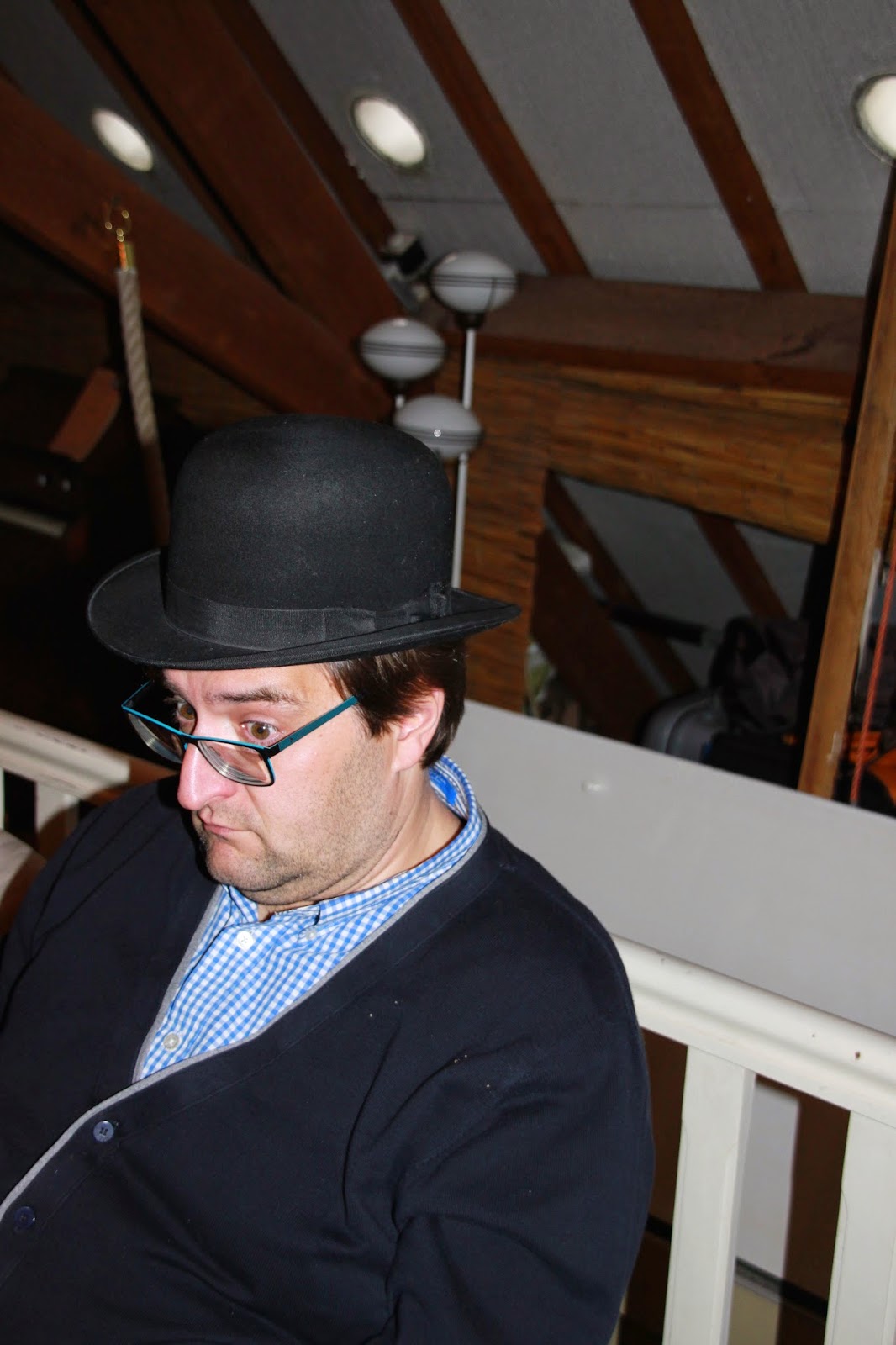 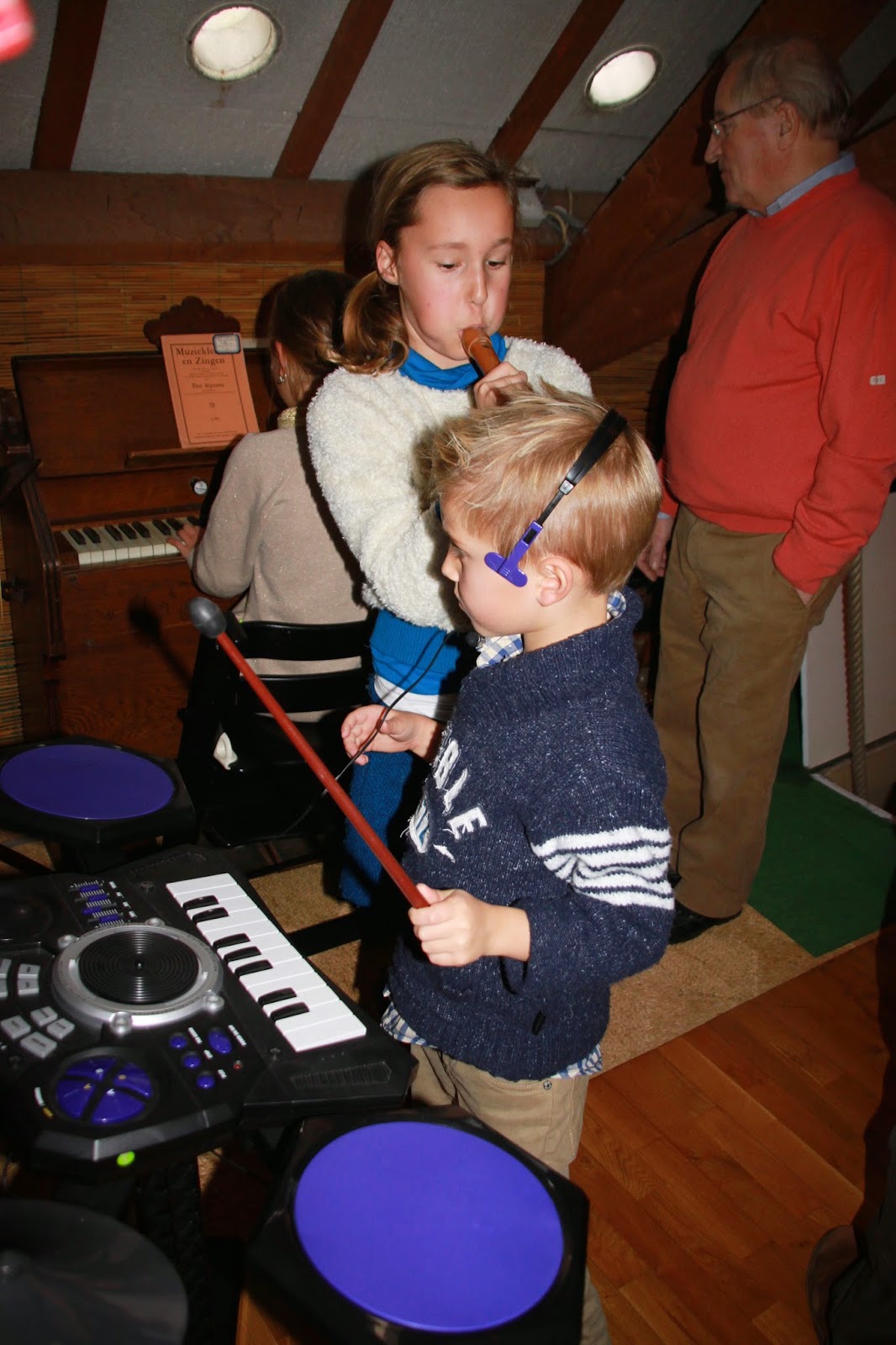 Back down without cousins circled around him, Kabouter was catching up his ratio of noise & activity. 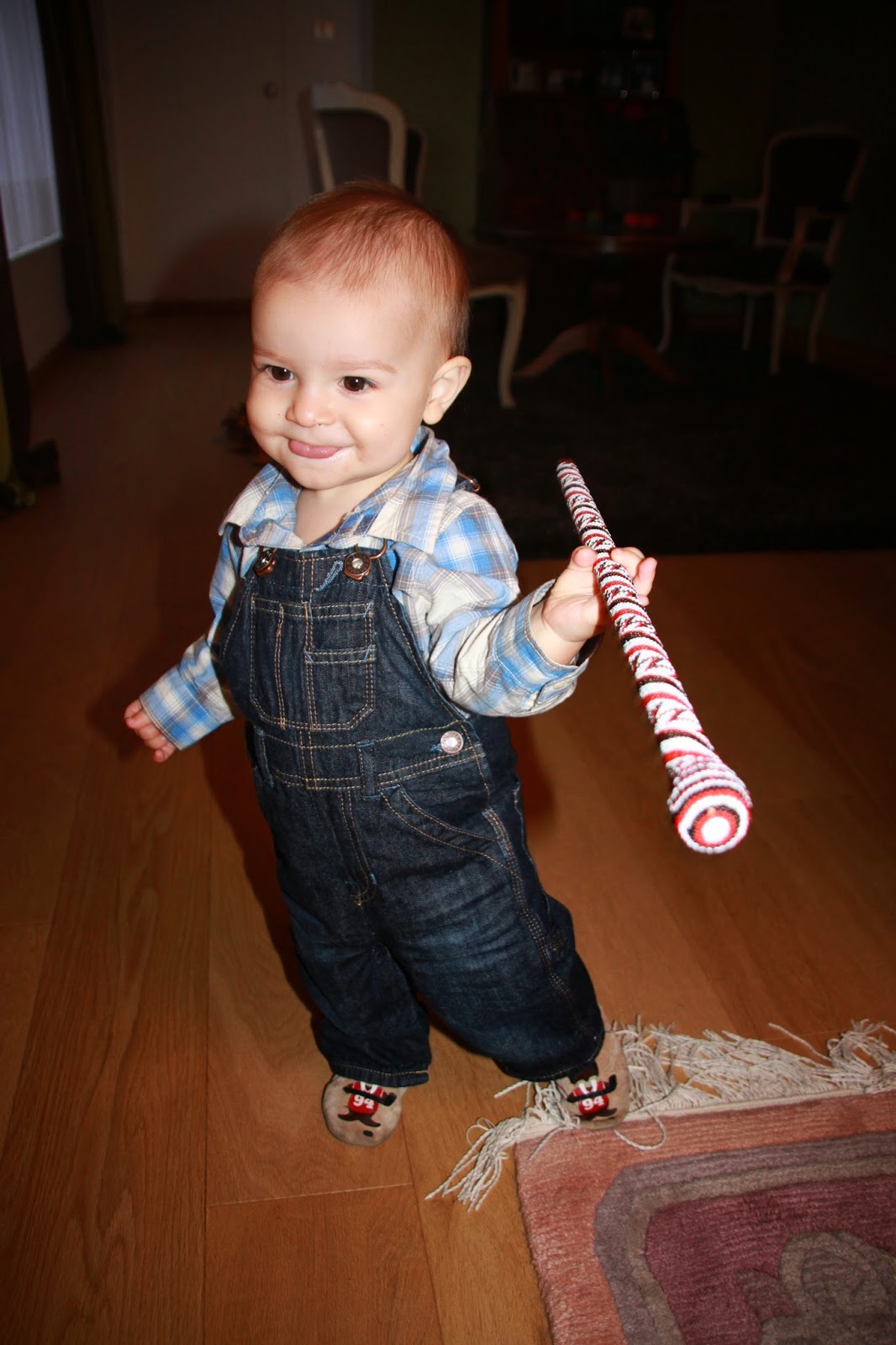 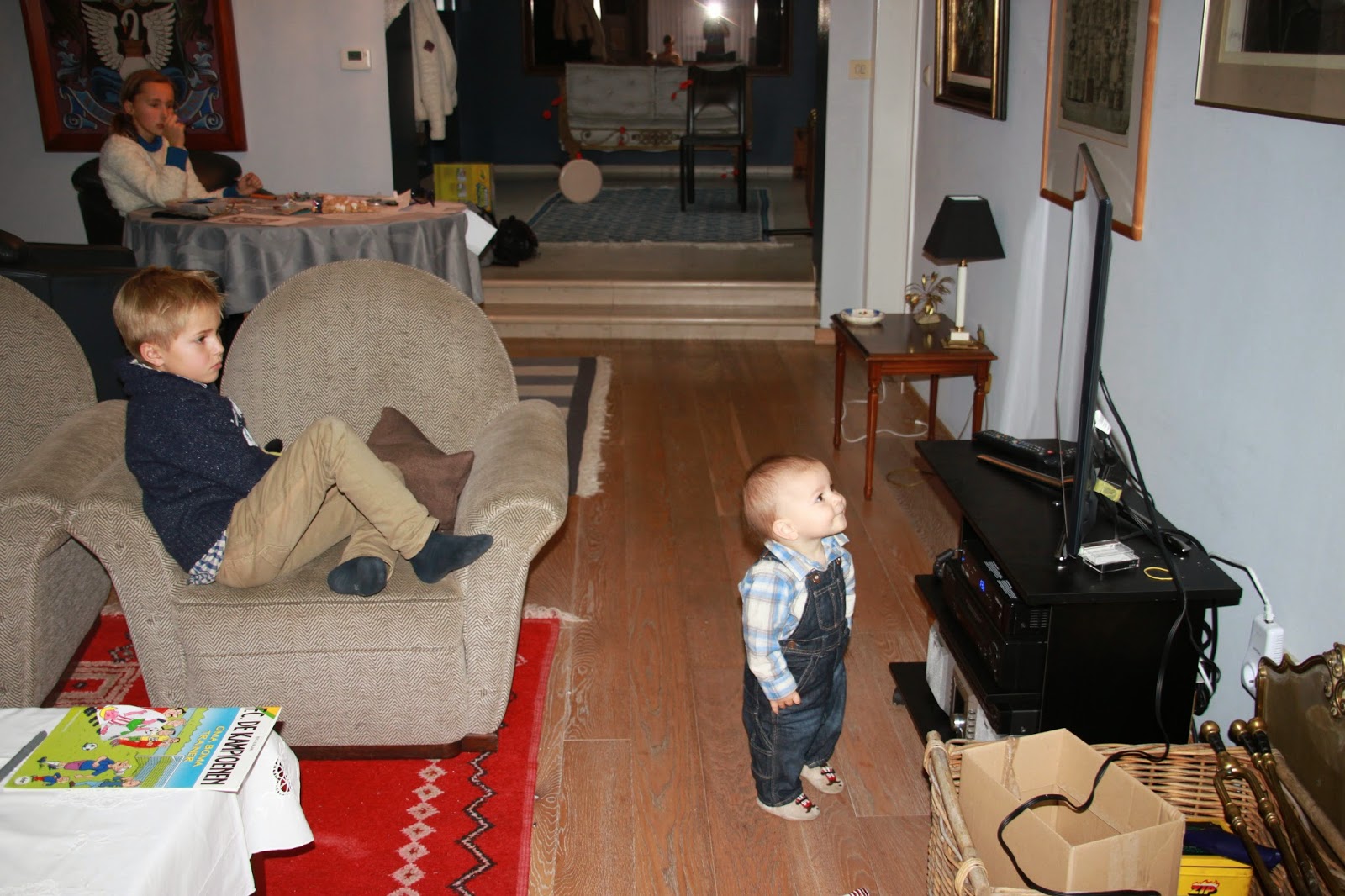 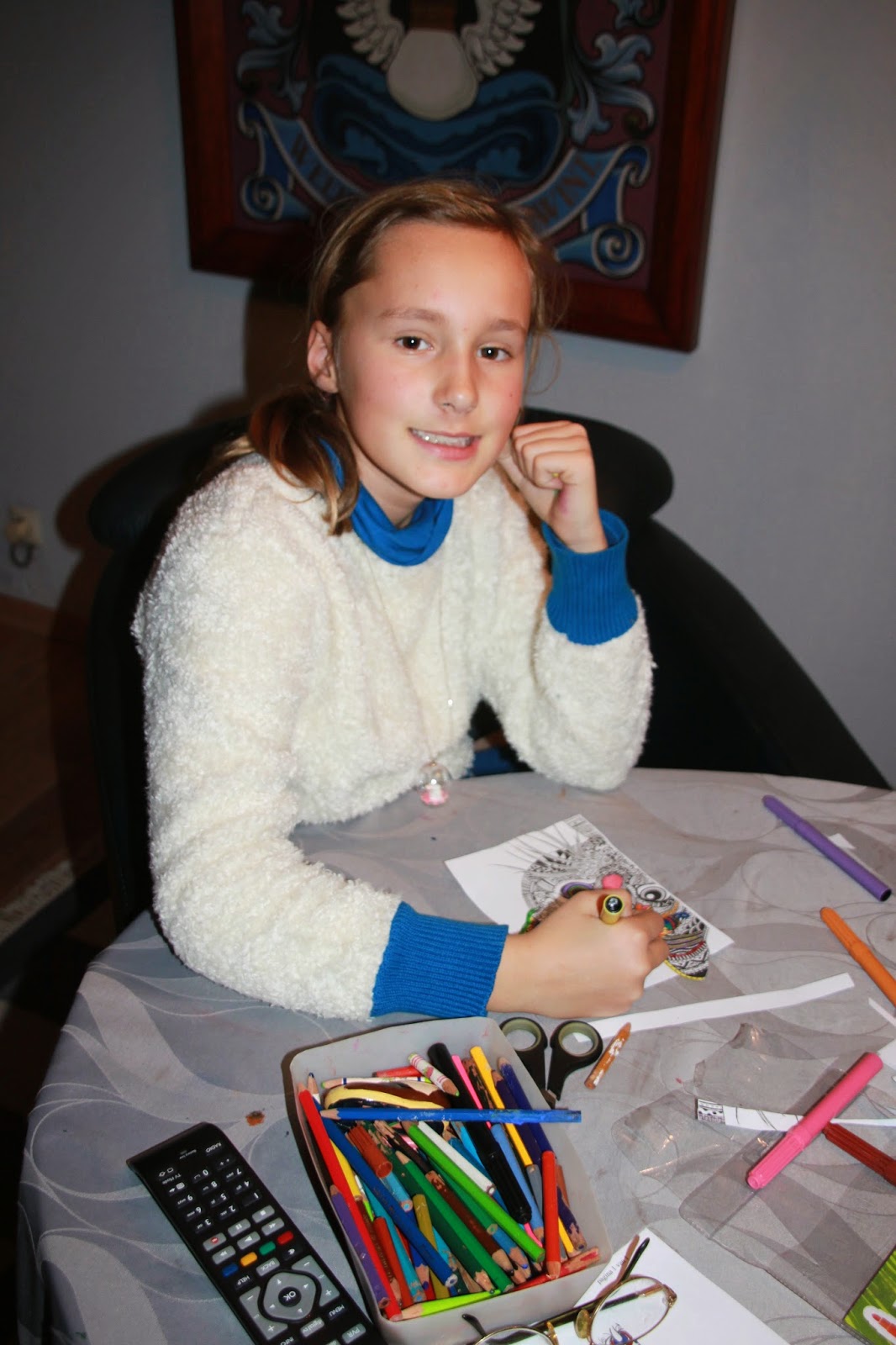