ok ok, not quite the first time Kabouter was in the snow, but he didn't take in  that one and only day of snow previous winter consciously. This time he realized something odd was outside.

Funny enough when we arrived in the snow zone he was deeply asleep in the car and he only woke up when we pulled up the drive-way .    While parking we all of a sudden heard a deep  "Uh-Ooooh" from the back seat.    ROFL :).

All the snow was fine to watch through the window, to walk through while sitting on daddy's belly  but he was a lot more hesitant to explore it.    Pointing to it from the side he stayed safely on the covered terrace.  The fact that he had just received bigger & heavier little boots that made him walk more awkwardly, didn't help either. But after a while and a lot of encouragement, the curiosity wan from the fear and he dared to step himself into the white stuff.   He probably still thinks it's very weird cold stuff. 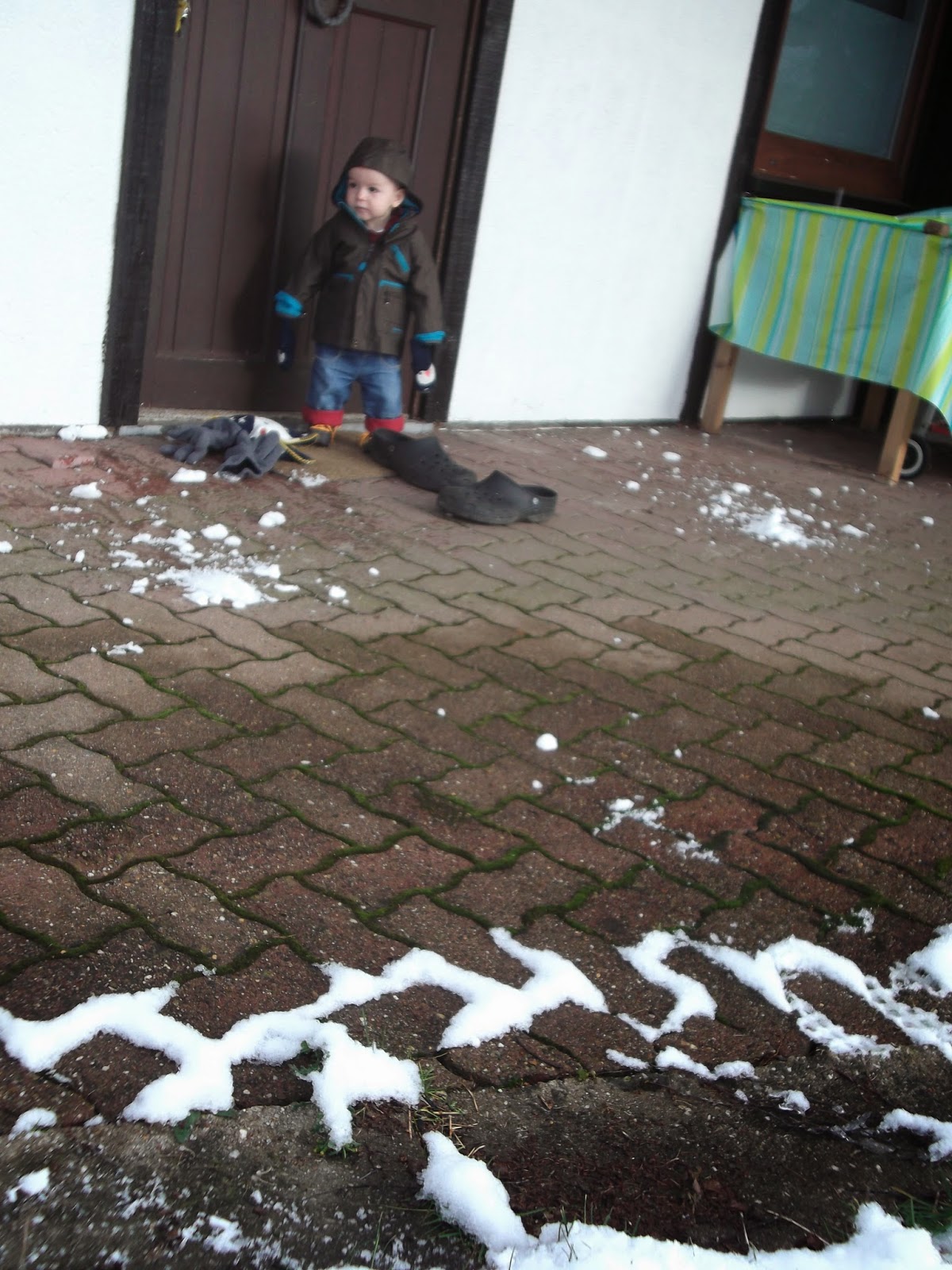 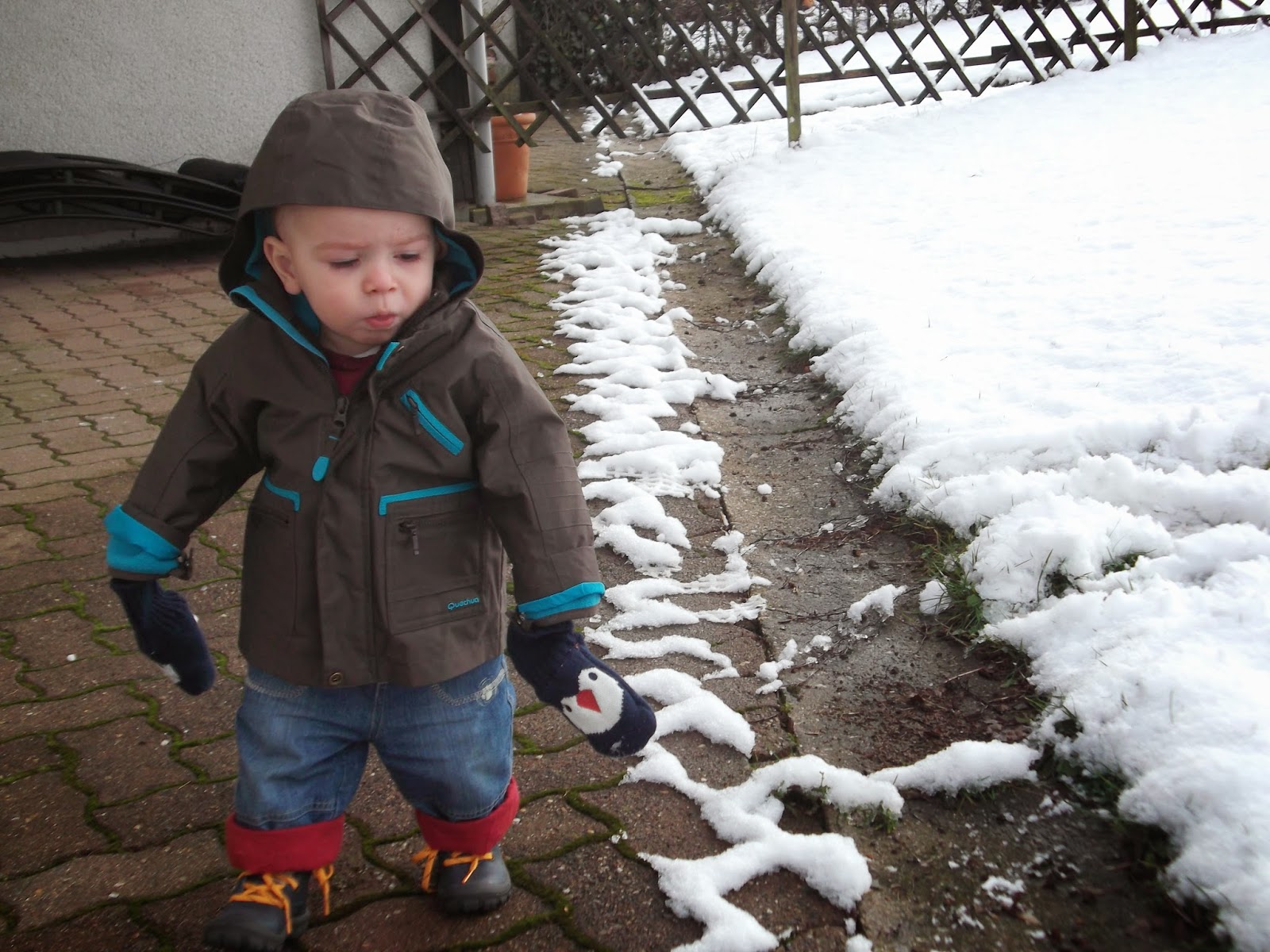 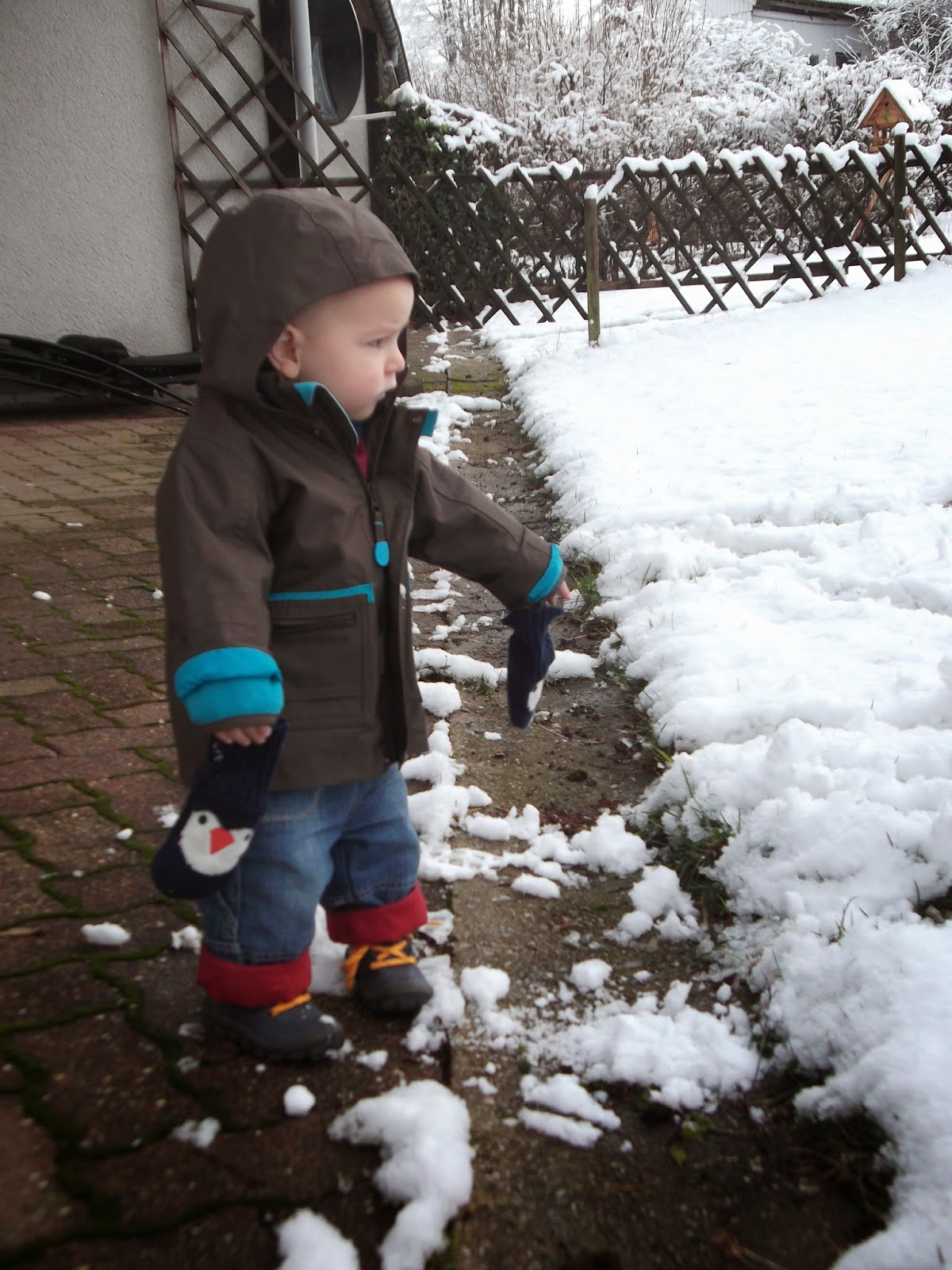 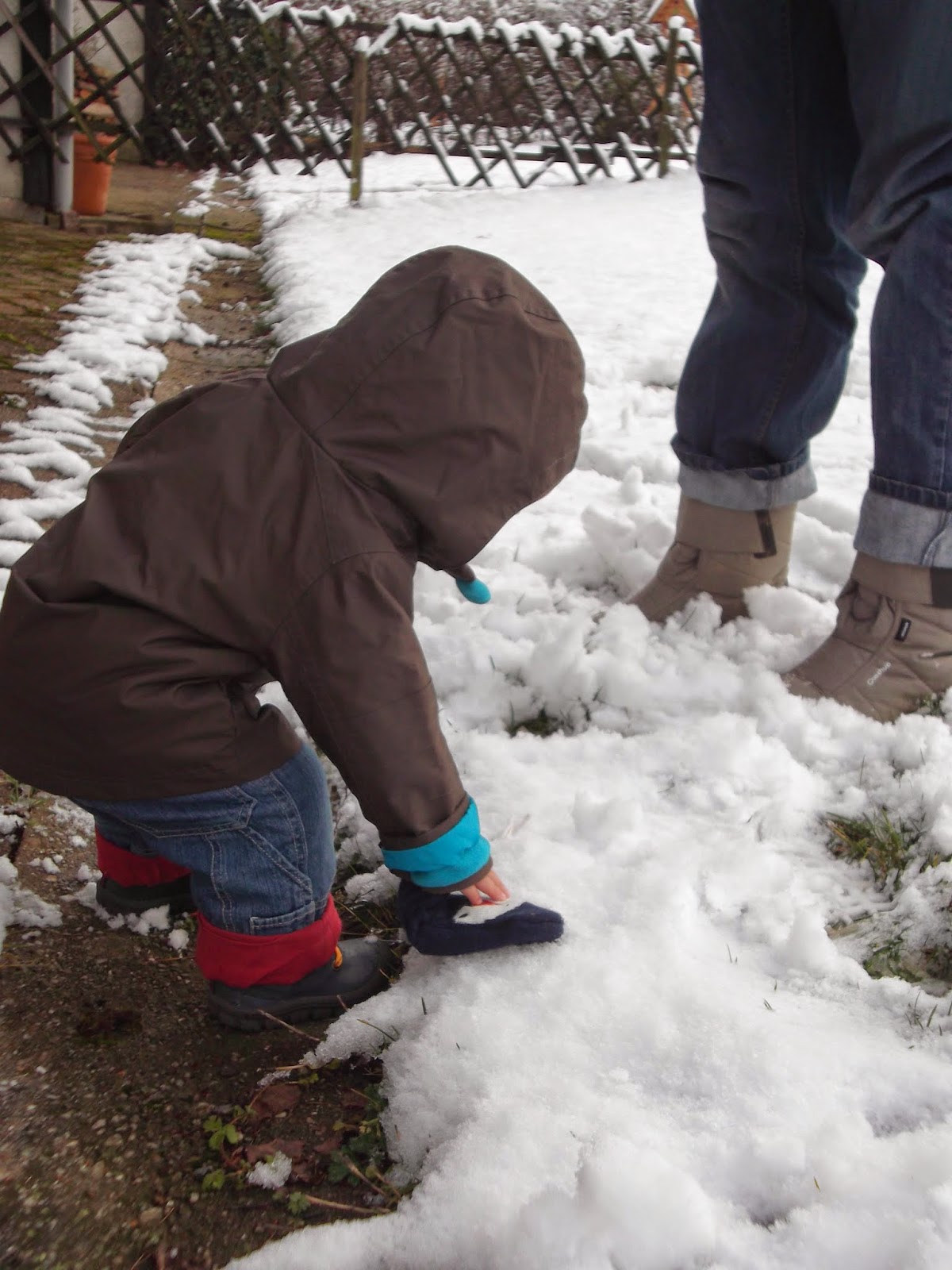 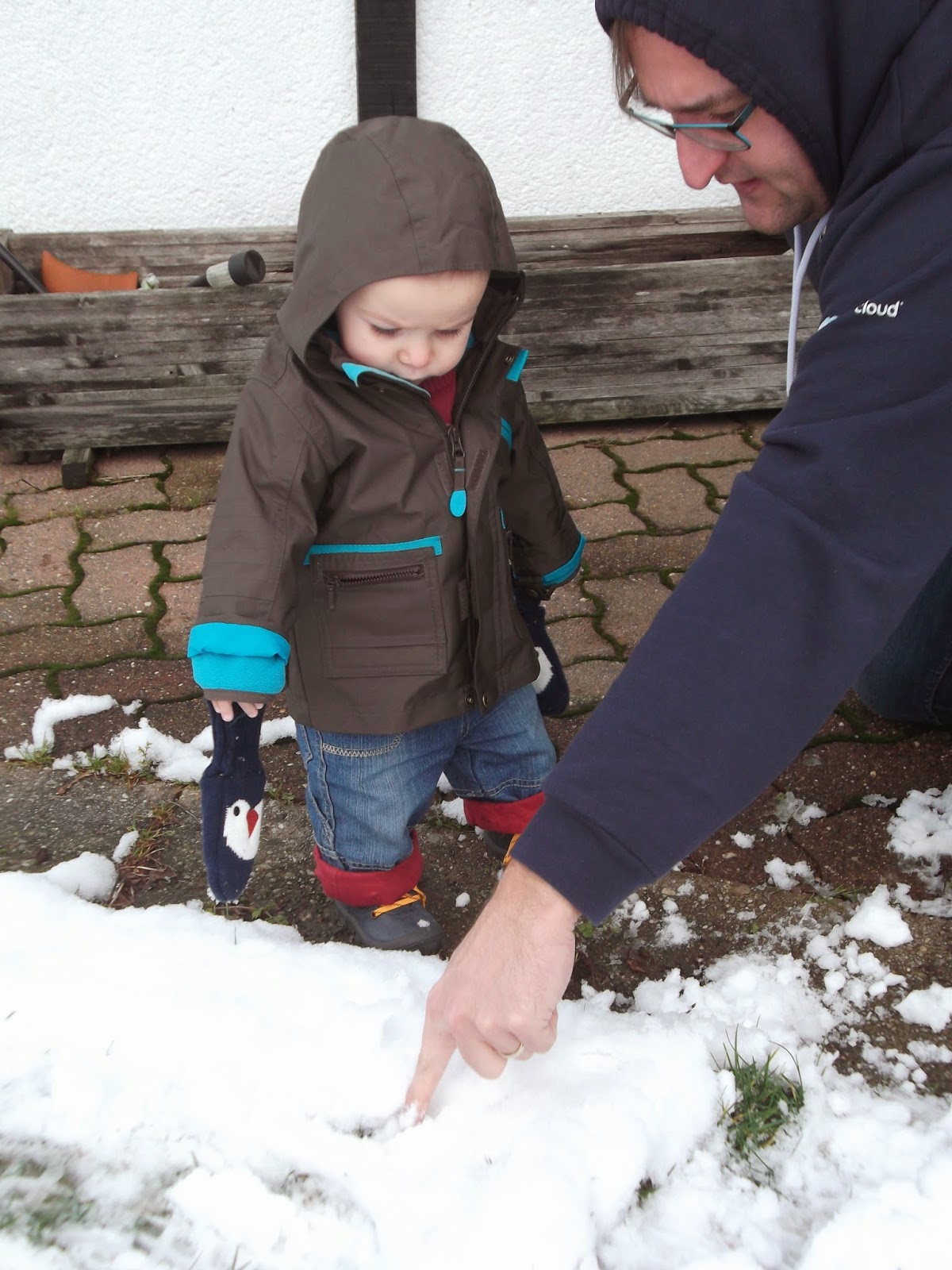 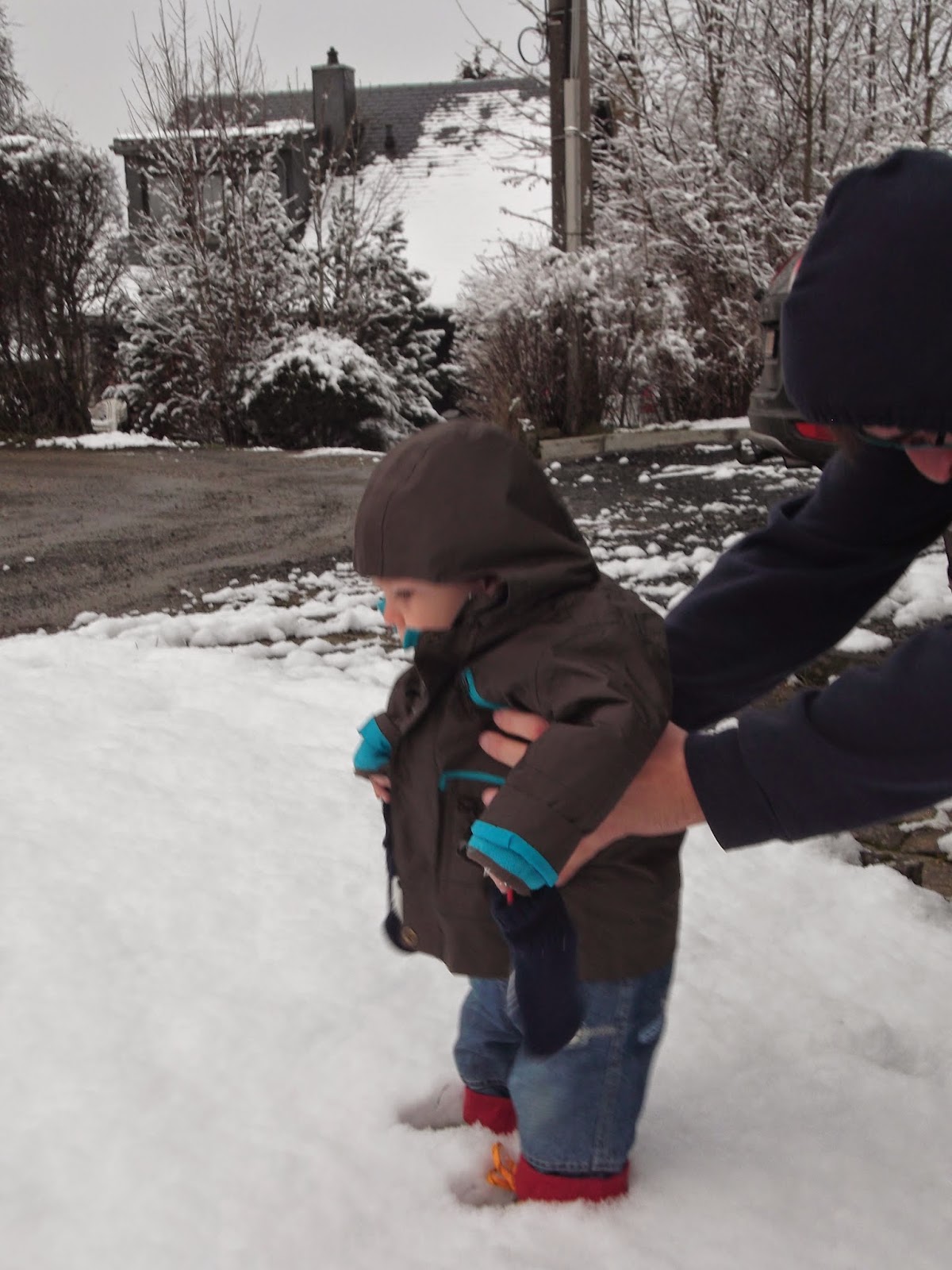