Leuven boasts to be a circus city.  Circus acts have always played a prominent role in the former city street act festival "Leuven in Scene" as you can see here and here. Also in other years, there's always some room for circus acts at other events, often hosted by our local circus school which is actually closeby from our home.

Since last summer, the city of Leuven is rearranging and reinventing all the festivals : abandonning longtime succesful events such as Leuven in Scène and Marktrock and introducing new festivals at new dates at new locations. Rather confusing. Let's hope we get used to the new rhythm so we don't miss out on anything in our vibrant little city.

Previous weekend there was a new circus festival downtown: CIRKL.
In the harbour area, that is in full reconversion with old AB Inbev brewery buildings being thrown down and replaced by hip new expensive apartment blocks overlooking the tiny harbour, multiple circus tents and 2 theatre locations were set-up for a whole series of shows.  Most of them were too long for our young children to concentrate so we didn't even consider that.

But the new square that opened last week boasted free circus activities for children:  a funky hairdresser, some animation but mostly a lot of easy and harder circus related challenges that they could try. It took 1 minute for the kids to take off once they were released on the grass and we saw them now and then reappearing , all sweaty and dirty from under building blocks, balls, etc... Beertje was fascinated by the rolling tons, so I had to frequently grab him away from under the path of a young unexperienced child running on such a ton. Kabouter was a full minute impressed with the cord dansers crossing from building to building all the time, than ran to a big mattrass and showed me a fall as answer what would happen if they would fall, and that was that. No big deal if they fall down.

While we discovered some of Kabouter's classmates, we could hang out and watch (and run and rescue) the children and chill with the other parents. The weather that was unstable all weekend and that threatened to launch some showers, kept sunny and warm after all. Go figure when you are dragging rain jackets, umbrella's and stroller covers along ;). 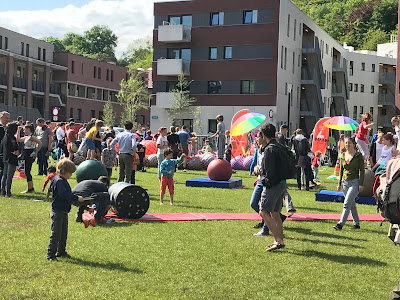 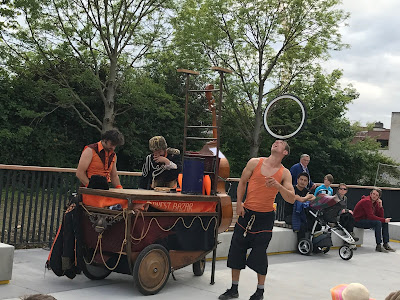 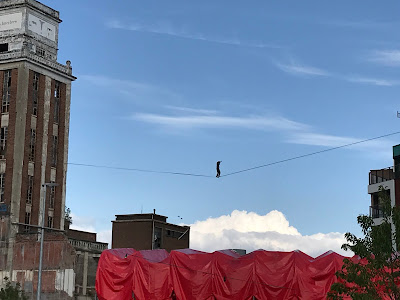 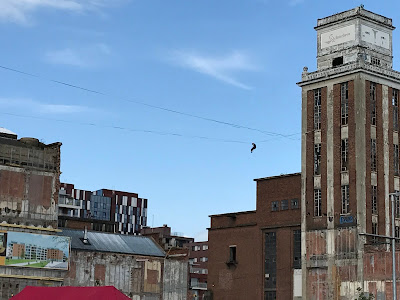 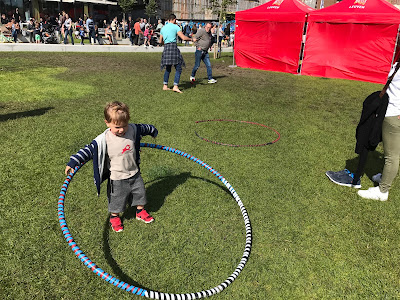 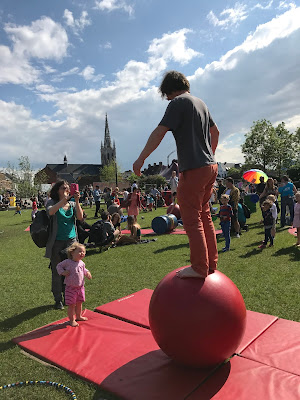 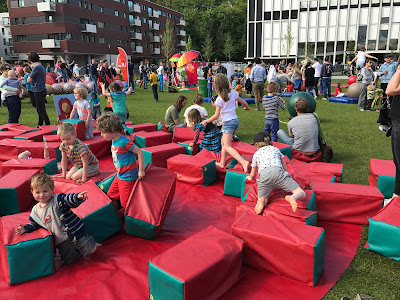 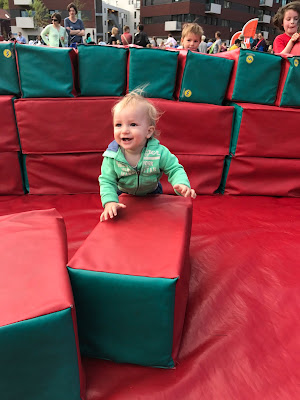 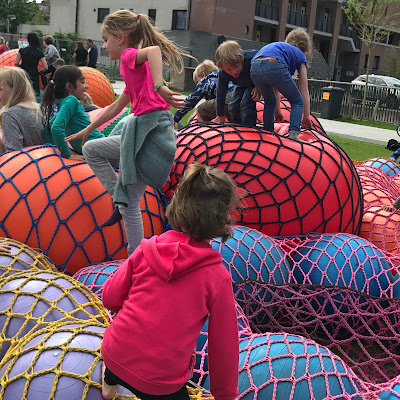 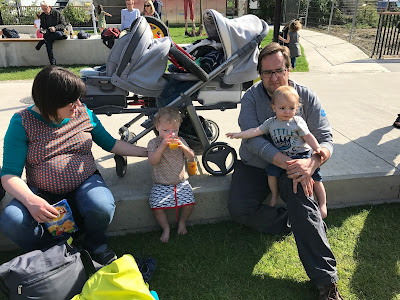 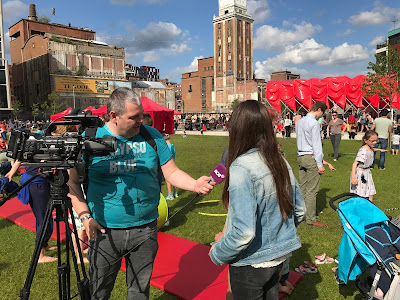