One week ago, Leuven celebrated a car free day. For some odd reason Leuven doesn't do that when all the other Flemish cities are car free 3 weeks later but they organise it at the end of August.

After Beertje's noon nap, we ventured out in the city to check out all the activities that were going on everywhere: Kabouter on his walking bike, Beertje in the stroller and we walked.   There was already a street neighbourhood BBQ going on in the first street we crossed.  The next streets had organised a little fundraising neighbourhood market. 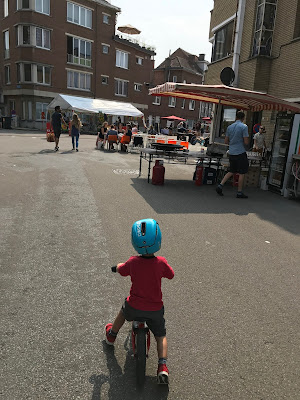 After a stroll through the park we got downtown where the fair was under construction.  I was surprised it was there already as previous years, the colonne of fair trucks passed by exactly 30 minutes after the car free roads reopened again.
On the main shopping road there was a nice crowd strolling along the flee market. 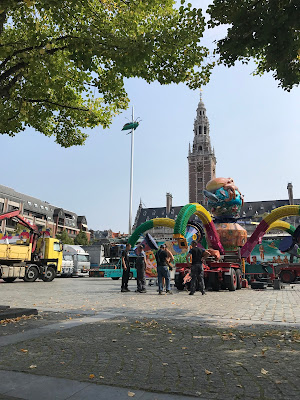 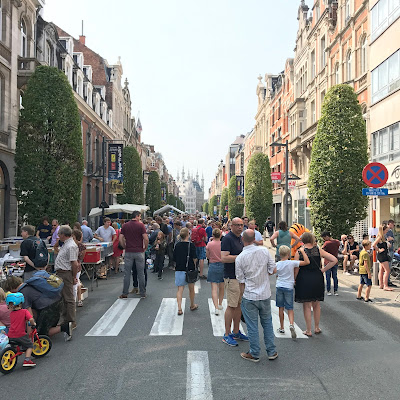 We had a drink and a pancake in our favourite downtown spot and enjoyed the kid's activities in the Museum garden. 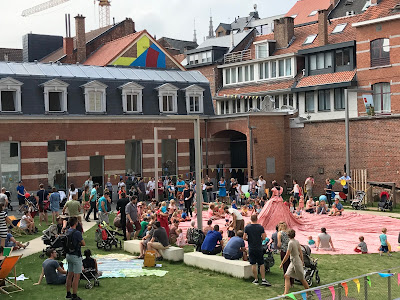 We continued our journey over the big market square where we found our relatives at the educational 'Do farm' stand.  Kabouter got his hands dirty, guided by his second cousin to make fresh tagliatelli from scratch. It was rather educational to me as well to see how relatively quickly and easy you can make your own fresh pasta. 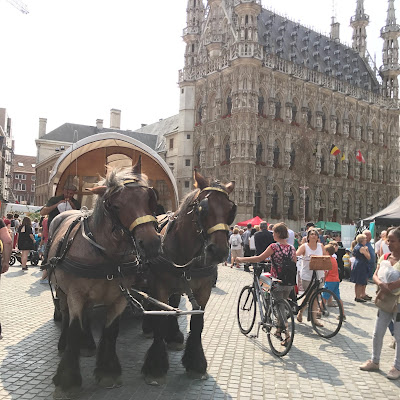 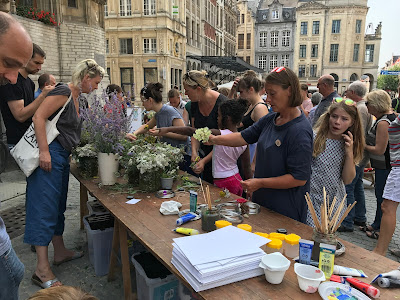 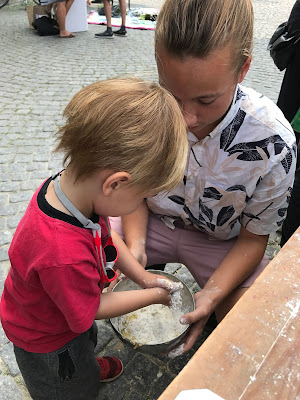 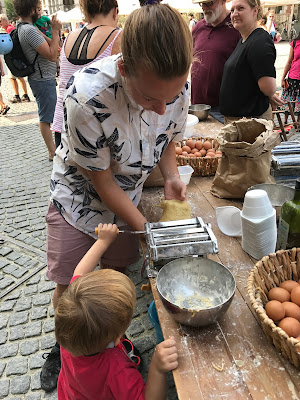 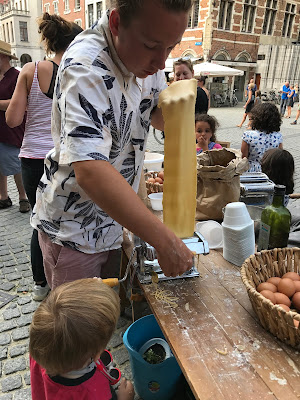 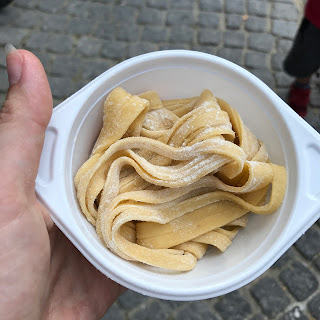 We walked by another neighourhood party where we kept talking with some friends that were sitting outside. 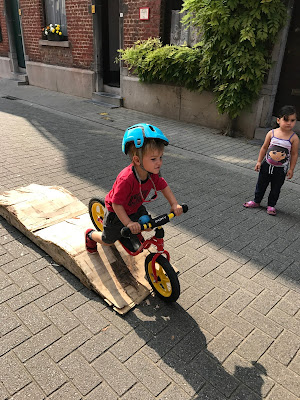 We ended our day at the food truck festival in the park, where it was lovely to hang out and to meet up with more friends. 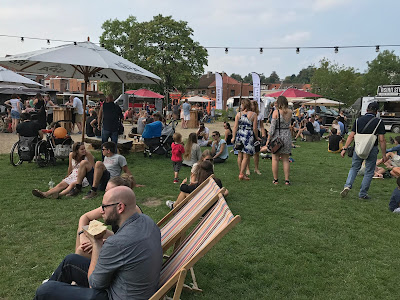