After our walk through the Big Beguinage of Leuven previous week, we continued because I had read that a new park had just been opened a bit further. We continued our walk along the river Dyle and the well hidden romantic Dyle park, unknown to a lot of people. 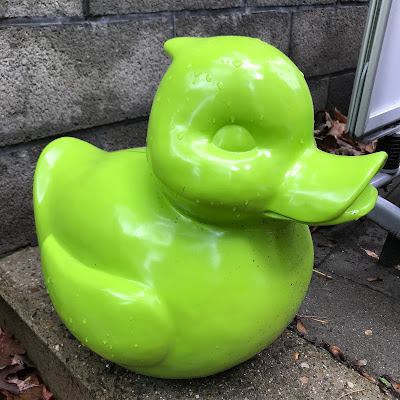 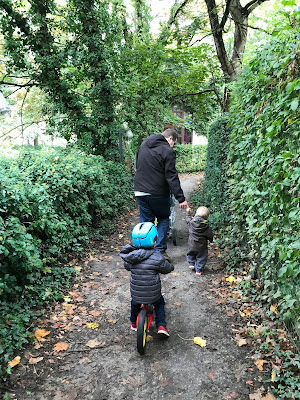 Kabouter wanted to show me the Duck water fountain in the Redingenhof so I played my role to be really surprised when he tapped the hidden button in the street to make the duck spray water.
Of course he completely failed to keep his secret a secret. :D 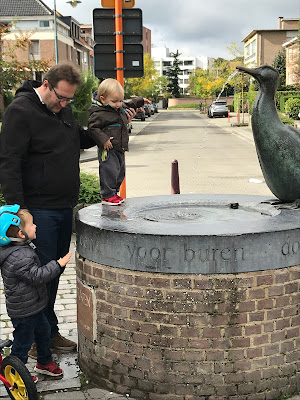 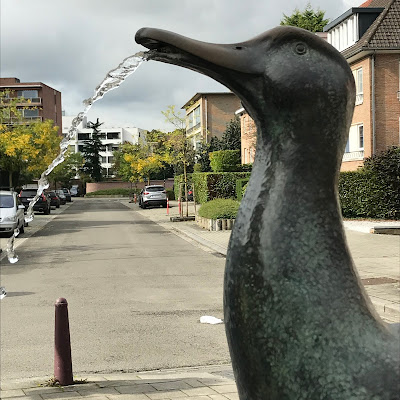 Then we tried to access the newly opened Janseniuspark that had just been opened in a newly developed urbanisation project amidst historic and medieval surrounding sites. We searched for the new bridge across the Dyle that would give us access from where we were, but we could not find it. Well, we saw the bridge but there was an access gate closed, which was contradictory to all announcements.  Very disappointing.

But I discovered some old historic university collages that I had never seen before, such as the fantastic backsite and park belonging to the Hollands college.
We saw the historic city gate Janseniustower across the Dyle but we could not access it. 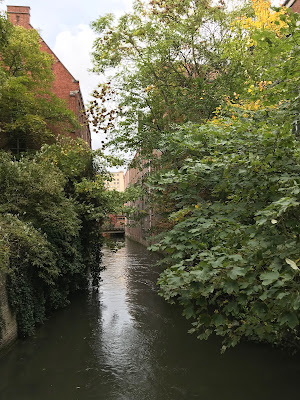 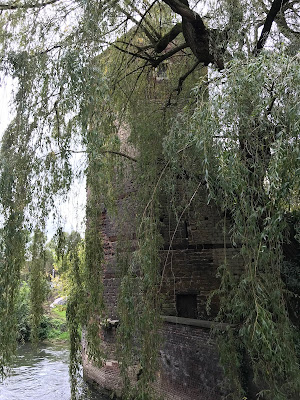