Before I had children I always assumed that parents brought their children to a child club in a hotel because they wanted some adult time, because they'd participate in activities where the children could not participate...hence they needed the babysitting time from the kid's club.  I thought a kid's club would be practical on skiing vacations or scuba diving vacations, but not so much in a sunny hotel with an awesome kid's splash pool.

We already discovered 2 years ago in the Sheraton Salobre Golf resort, that despite his love for swimming in and playing around the pool ,   Kabouter also loved to visit the kid's club. Back then he was too young to spend time in the club on his own, but he often asked to visit with us to play with some of the car toys that were available inside. We reluctantly joined him for a short time after which he was ordered to come outside again as it is such a pity to sit inside.  On top of that, the kid's club was quite dead in the Sheraton with a young girl surfing on the computer all the time by lack of visiting children.

This year we were in the Radisson Blu Mogan and the "VIC" club was right next to the pool with big windows and it was much more active, so Kabouter could see the activities taking place inside.It took a couple of days but after he had seen a few times children coming outside with crafted masks or T-shirts etc, he requested to go and visit the kid's club together with the Belgian girl with whom he was always playing in the pool.

While we still thought it was a bit  a pity that he'd spend a lot of time indoors, I gave up my objections when I saw him having fun. Kabouter was having fun, we were relaxing in the sun at the pool...it was a win win for everyone.  From then onward, it became a fixed rhythm to play a bit in the pool, then grab a towel and go visit the VIC's club and repeat the entire scenario again in the afternoon. We could observe more or less what was going on inside from our pool chair. While he doesn't like to participate in craft activities in school, he has made multiple masks on vacation, he has painted a T-shirt, he has baked cookies and he came back with face paint on most days. Go figure! [insert some rolling eyes]. Mostly he played with the super hero dolls that were available though. His little brother made some short visits guided by us, but he was truly still too small for the club. 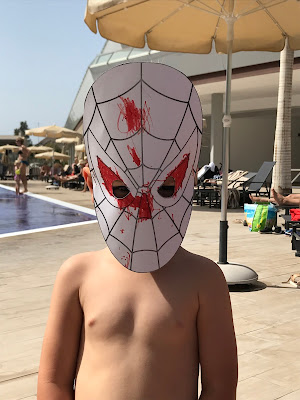 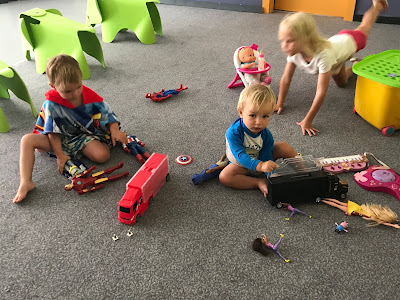 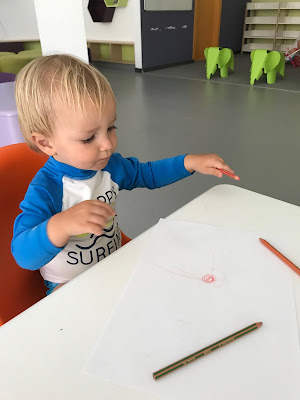 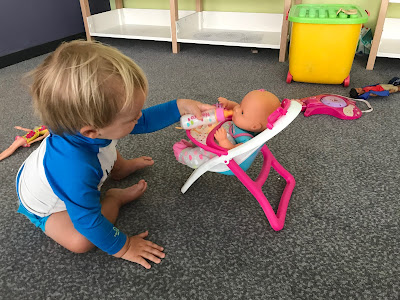 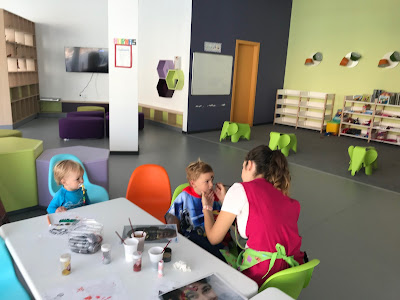 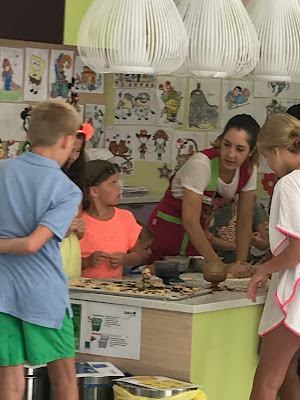 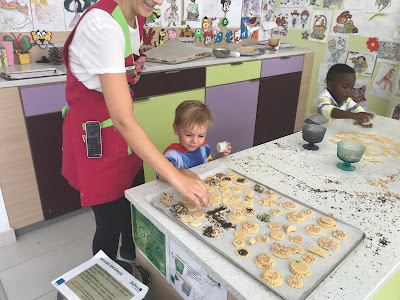 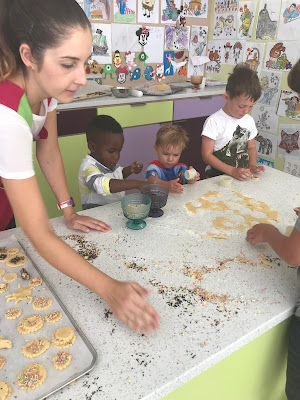