A guiding walking tour through the historic city center of Leuven

Even though it wasn't our friends first visit to Leuven, we guided them through our lovely city again.

A evening walk to see the downtown winter/ Christmas decorations
Since they were in town for the first time in winter, we had to show them around at the magnificent Christmas time decorations.  That was 100% worth a detour from our walk to the restaurant. It was only disappointing to the children that the sheep at the nativity scene don't stay overnight.  (remarkably enough, neither does baby Jesus in the locked stable unlike his parents). 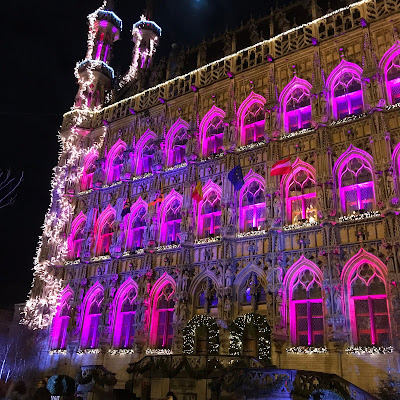 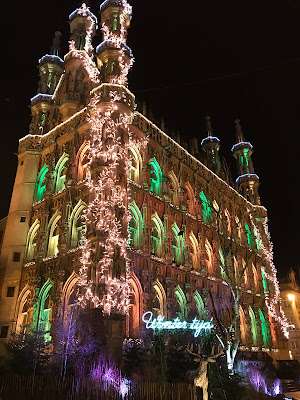 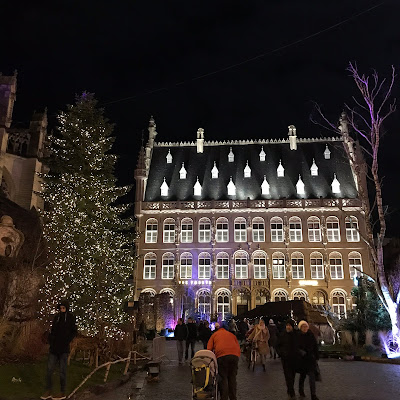 Park Abbey
Before heading downtown again, we first visited the Park Abbey in Heverlee again. Thanks to the depressing weather it was extremely quiet on the domain. The usual joggers and walkers had clearly all opted to huddle home nearby the fire place or so. 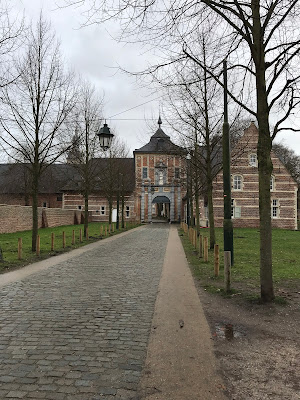 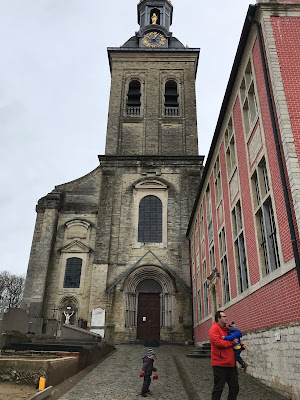 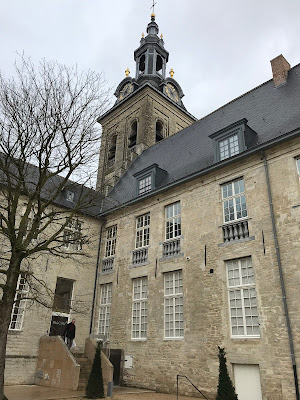 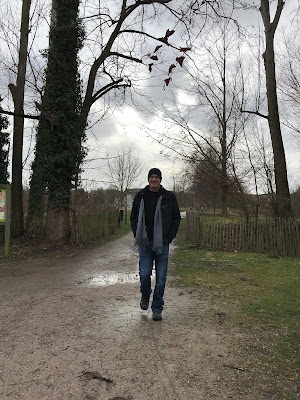 The Big Beguinage of Leuven

We continued our roles as tour guides by bringing Q & H to the Big Beguinage, explaining the function of the beguinages in the Benelux (all recognised as Unesco World heritage) and strolling through the magnificent cobblestone streets of the tiny village in the city. 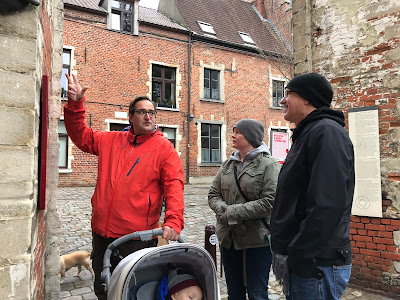 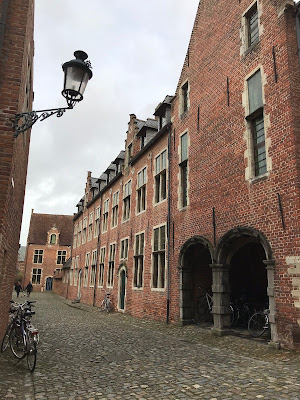 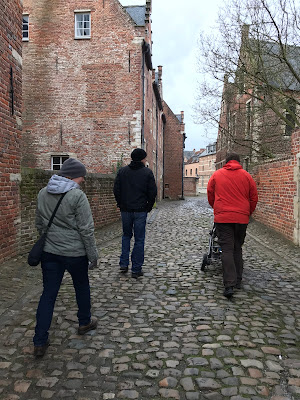 Then we basically did part of this walk along hidden parks and in search of medieval city walls again.  Kabouter was also eager to take his part as tour guide and wanted to show the Dijle-eend sculpture/drink fountain in the Redingenstraat.  Unfortunately to him the water tap had been turned off in winter so when he wanted to impress us all by tapping the secret button in the side walk the duck didn't spray any water.  That didn't stop the fun though. 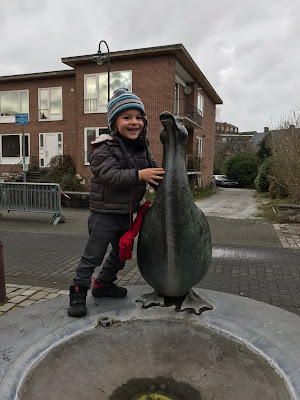 The university library of the Catholic University of Leuven (KU Leuven)

After a late lunch, we returned home via the Ladeuze square where we admired the famous University library. We checked out on the pillars which American schools had contributed to the rebuilding of the library that had been burnt down in 1940 during WWII (again). 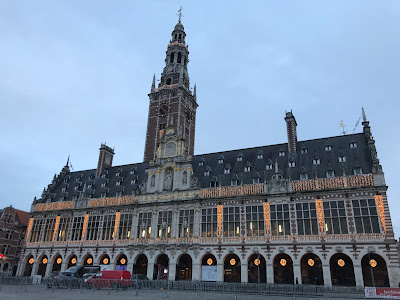 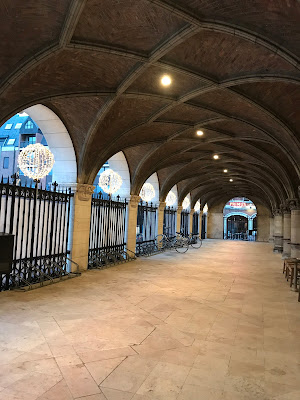 We finished our walk in the city park where we showed the last remaining medieval city tower (after these). By then we were all ready to go home and cocoon in the warmth for the rest of the day. 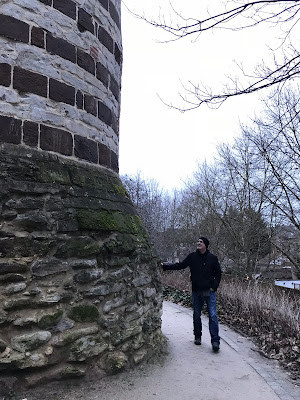 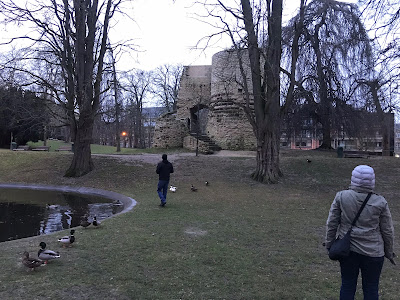