A bike trip with road kills

On Sunday we got ready for the long requested bike ride in the Ardennes.  We all geared up our bikes and Jan had researched a nice little tour that would require too much height differences, for as much as it is possible to avoid them entirely in the east of Belgium. First we followed some bike junctions that are numbered. This allowed Kabouter to guide us a bit when he knew which was the next junction to go to. From the bike junctions we could connect to the RAVeL L48 to return back in proximity of our house. 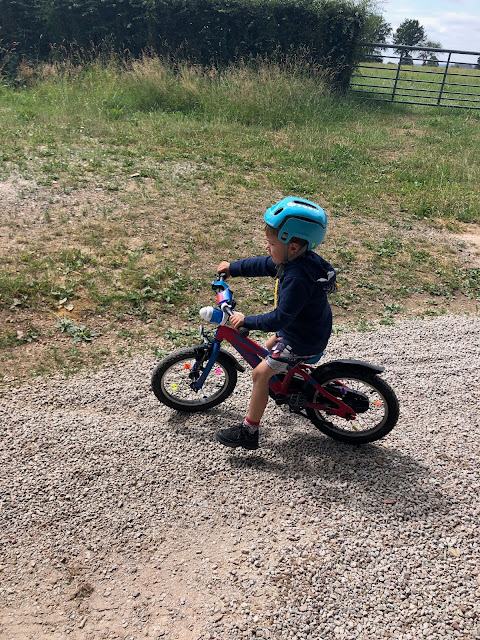 As from the start I noticed that Kabouter struggled a bit when going uphill and got quickly discouraged.  He claimed to have forgotten to ride uphill after such a long time. 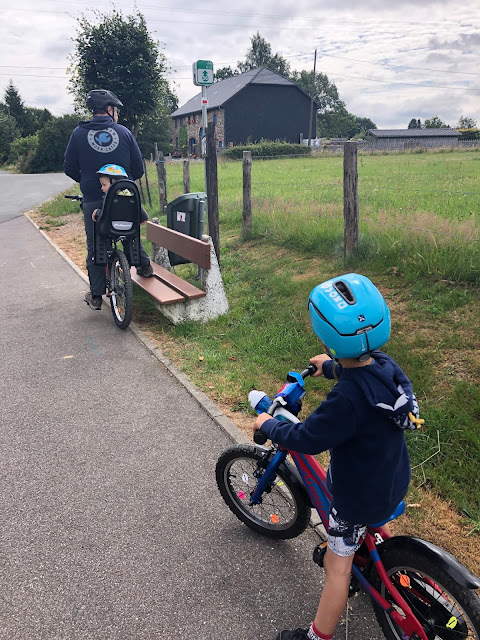 In the next village he was a little bit ahead of us, while we had stopped to blow Beertje's nose when Kabouter had all of a sudden stopped in a curve, frozen.
"what is that?" he pointed.

A badger roadkill apparently. We were all sort of excited as we've not seen badgers before, even though it was sad to see this beautiful animal killed. We approached it a little cautiously...you never know it's not entirely dead, neither happy. But there truly didn't seem to be any breath left for this animal. Pitty. 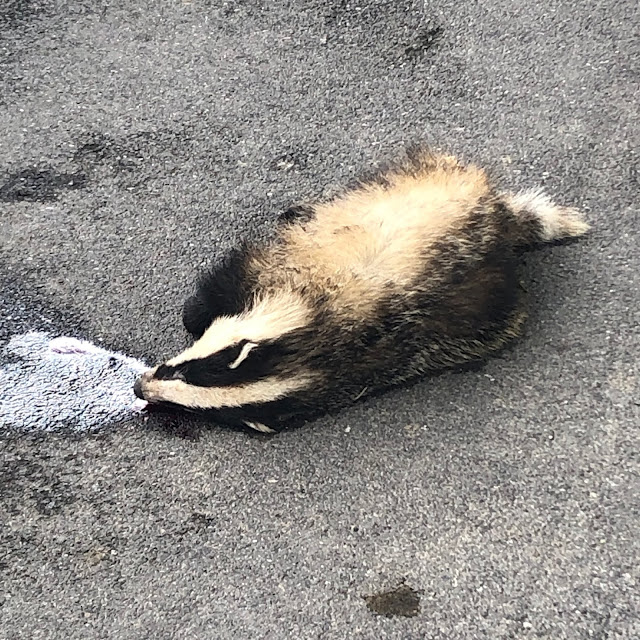 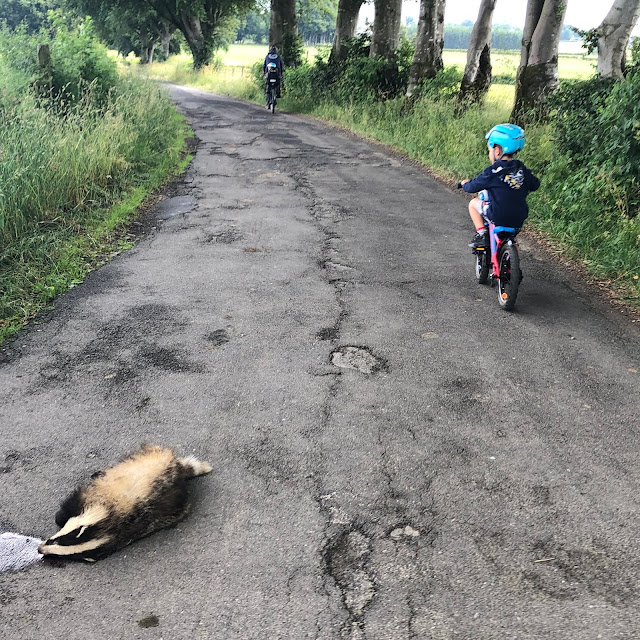 We continued via the RAVeL on which we found another dead frog...this was a trip full of roadkills but we claim all innocence.   No animals were harmed (by us) in order to make this blog post! I enjoyed the views on the fields and landscapes around us. 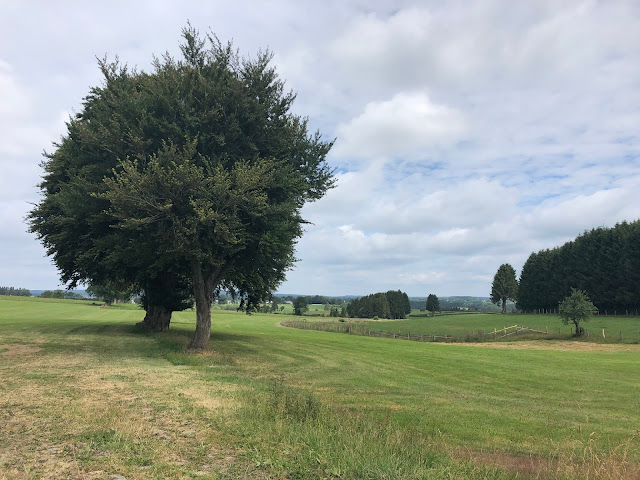 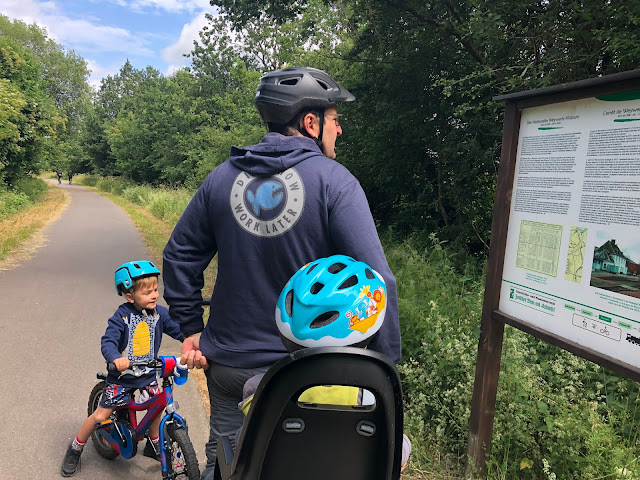 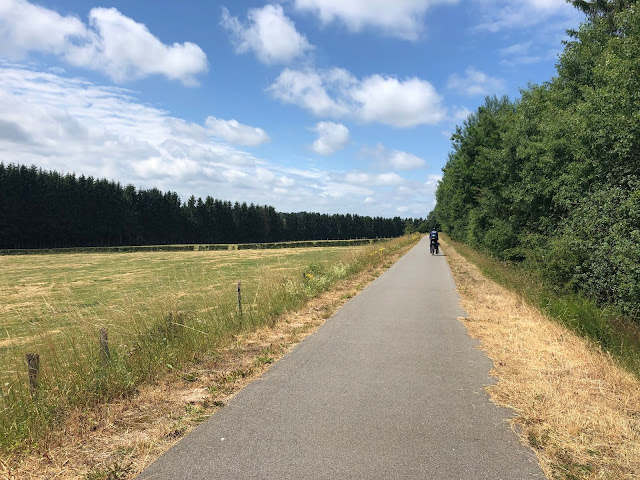 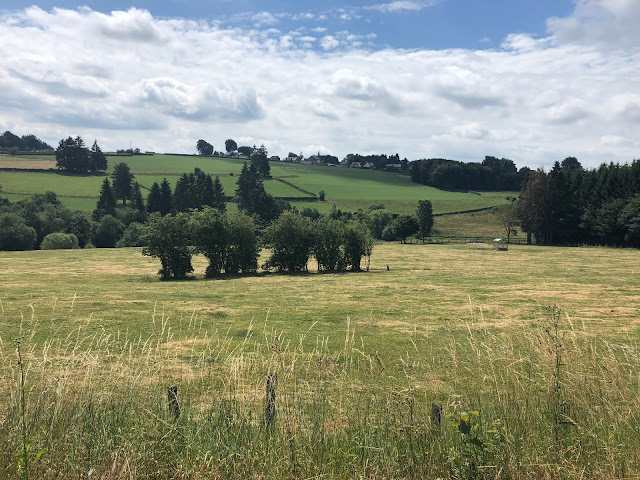 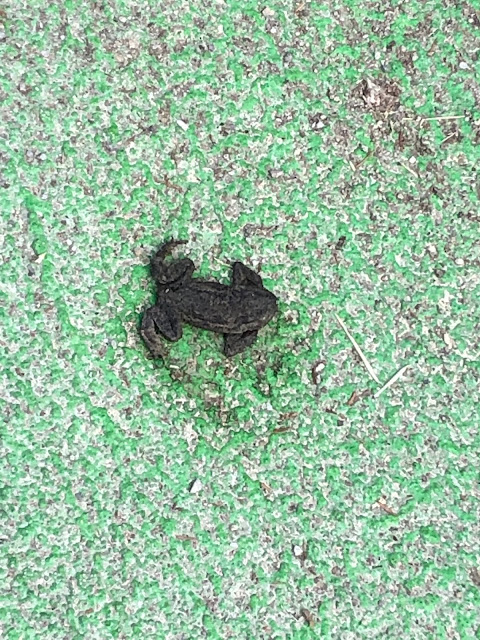 At the point where we had to return to our house on the public road (including a good descend and climb at the end), Jan proposed to continue to "Thomas the train" in Sourbrodt only a few kilometers ahead of us on the RAVeL which would require us to turn around once there.  An extra 5 kilometers, I quickly calculated in my head but Jan quickly added that all would be flat and easy. I felt trouble ahead and Kabouter confirmed indeed that he was too tired ...although he clearly also wanted to see Thomas the train.  Jan offered to eat an ice cream in Sourbrodt which only increased the dilemma. Beertje added the fact that he was not tired into the discussion , comfortably seated on the back of Jan's bike.   We were in doubt but when Kabouter reconfirmed being tired, I decided to split up:  Jan and Beertje could ride to Sourbrodt and I'd already go home with Kabouter.

With a lot of regret not going to Sourbrodt by car all together, Kabouter continued our trip.  He descended well to the Warche valley but as I feared the last climb was one climb too much.  It's a real climb that I also struggle but my encouragement to him only led him to despair.  Tears of despair and fatigue welled up and nothing worked anymore. He even fell over.  So we both walked our bikes home in frustration, where we waited for the other 2 boys to come home shortly after us.
Jan still claims we could have joined him and that that last climb always would have been an issue with or without those 5 flat kilometers but I am glad not to have pushed the limits. Tears at 500m of your house or at 5 kms from your house is an entirely different situation. 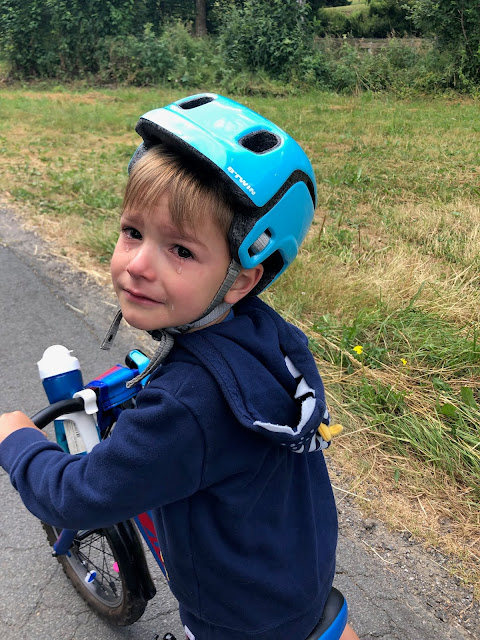 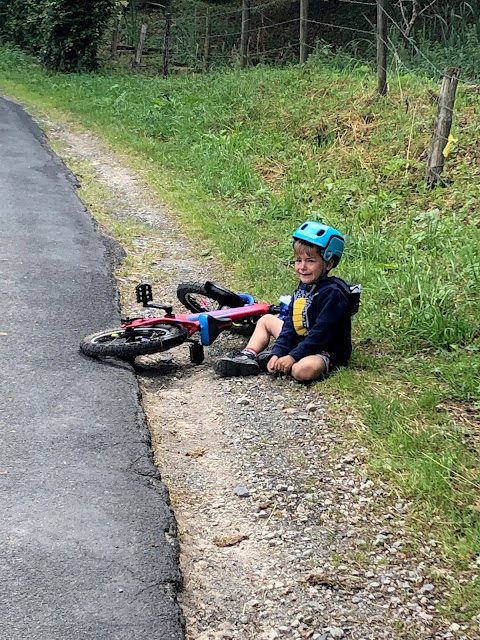