I can't believe we are already in week 4 of the summer vacation. It is a period parents often dread because of the organisation it takes to find proper care for the children when school is out.

Since I discovered to have a good flexible playground animation behind our house organised by the city of Leuven, I am not longer very stressed about the summer planning, even though I work full time all summer and I need to bridge 9 full weeks.

However I do like to offer them some changes now and then to keep it interesting, so I did stress like hell to align with other parents and get them subscribed in some summer camps as well.  But that failed, remember?

In week 1 they've both attended a sports camp in the mornings (I failed to get them enrolled in the afternoons).  They've both done toddler sports camps before and both love it and it's a good but too popular organisation around Leuven.  That week we had to juggle with home working and other parents to get them picked up at noon, have lunch and then drop them off at the playground behind our house for the afternoon.  There weren't many of their friends on the city playground yet so they expressed a clear preference to spend more time at the sports camp which I couldn't offer them. ugh. 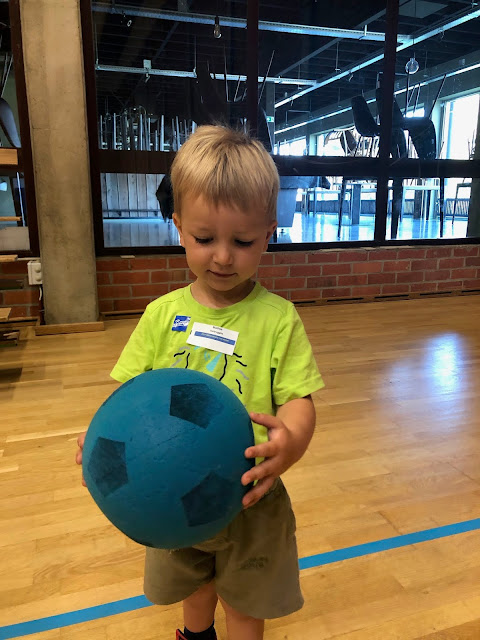 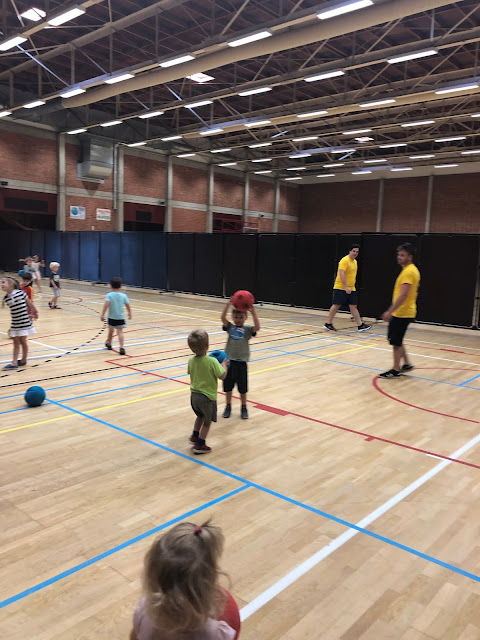 The end of the morning dance when we pick up the children... 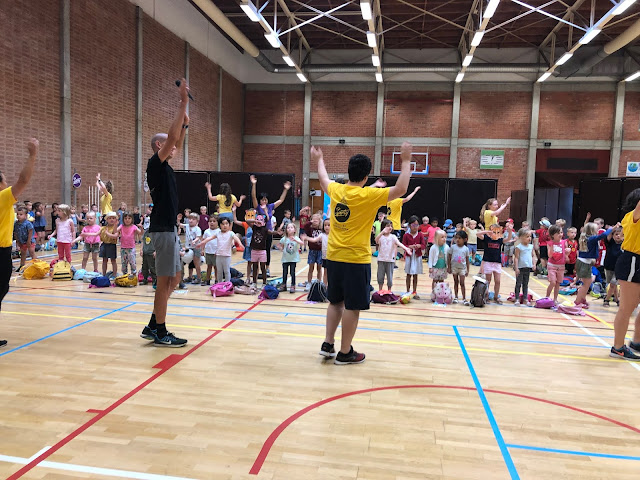 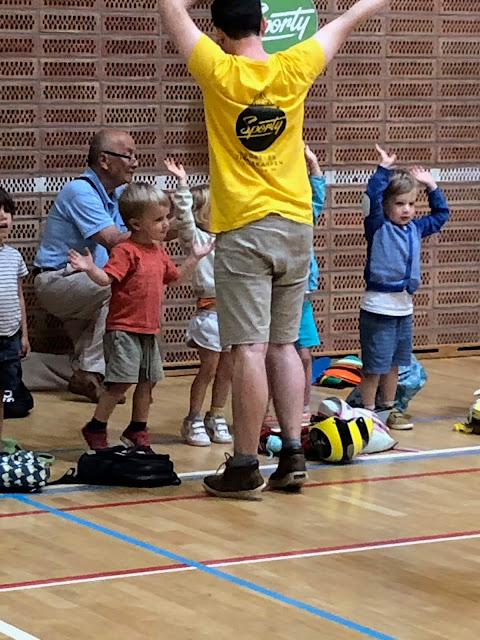 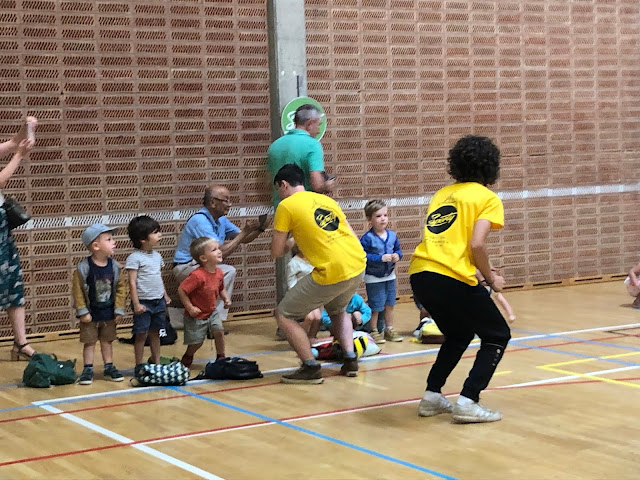 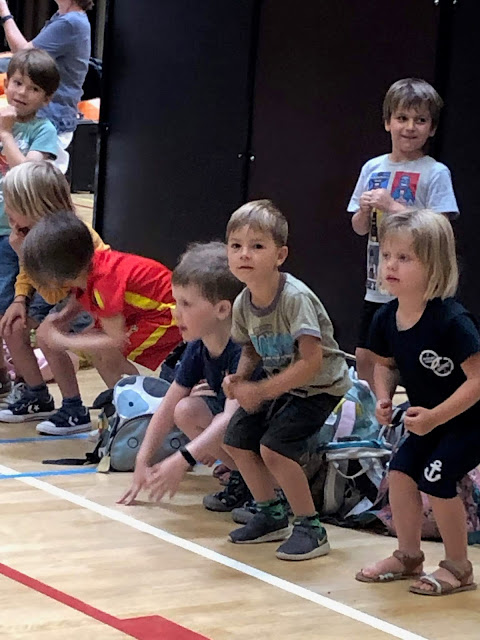 In week 2, Kabouter and a whole bunch of  his school friends took part in a Capoeira camp. I believe the camp didn't fulfill Kabouter's high expectations entirely as it was at some moments less active (listening, watching demonstrations), ... but in the end he thought it was fun.

For Beertje it was a little bit difficult that he could not attend a camp when I had to drop him off at the playground alone without his brother. But as soon as he arrived and got pampered by the student leaders, that regret was gone. 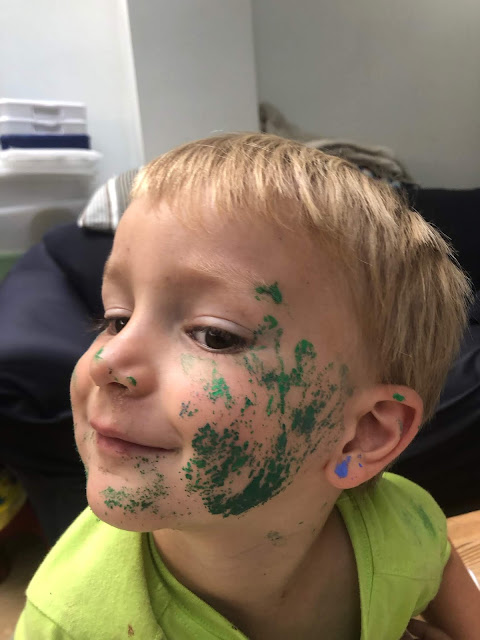 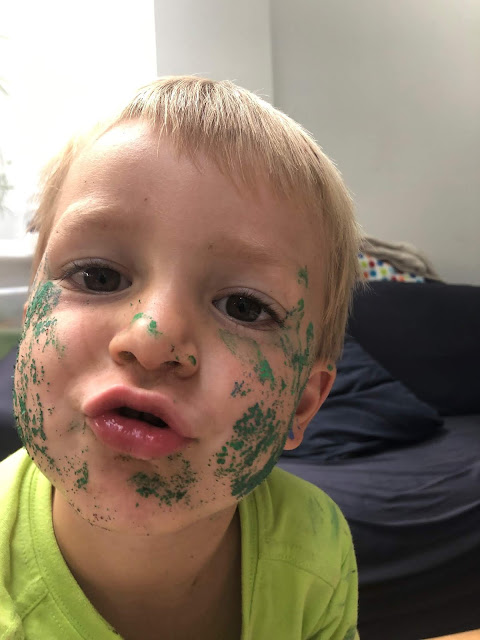 As of week 3 until almost the end of the summer both boys will spend most of their time at the city's playground. Most of the days there are several other of their classmates. Once a week they make a small trip to another playground, the woods or the swimming pool. We are getting routine again to head each morning and evening in the same direction which is handy. Each evening I pick them up full of make-up, paint or just lots of dirt. And I love to see their dirty faces and I wish I was young again. 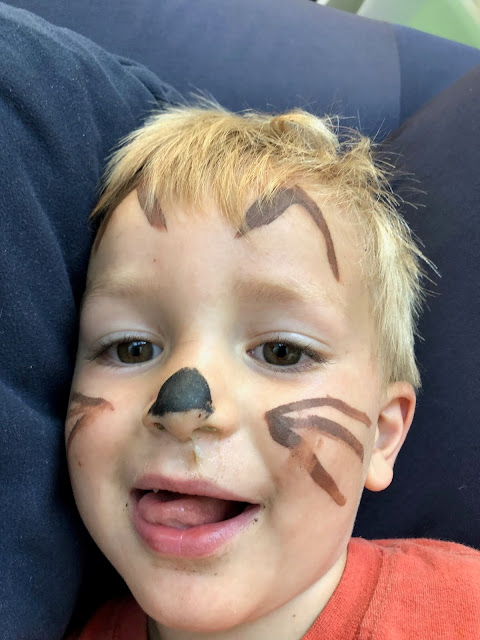 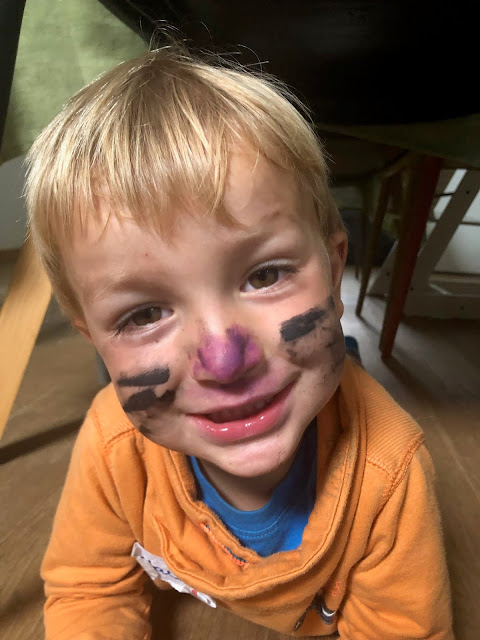 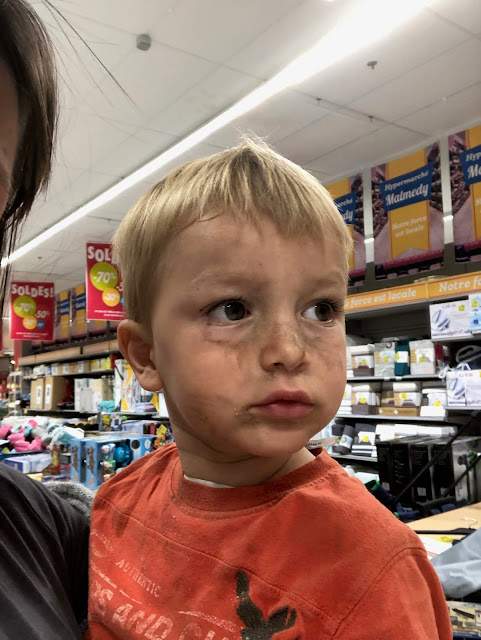 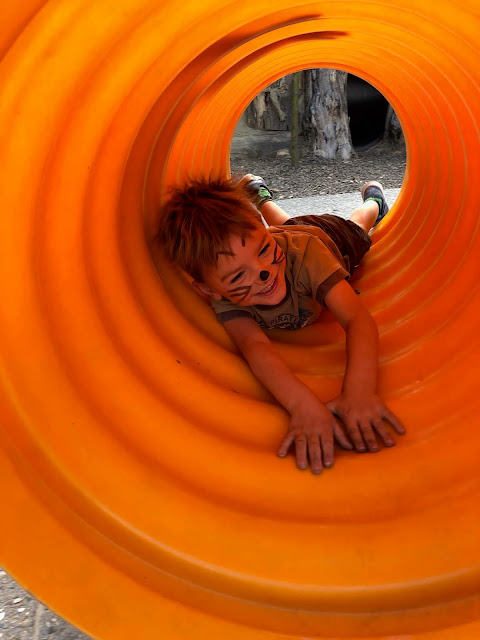 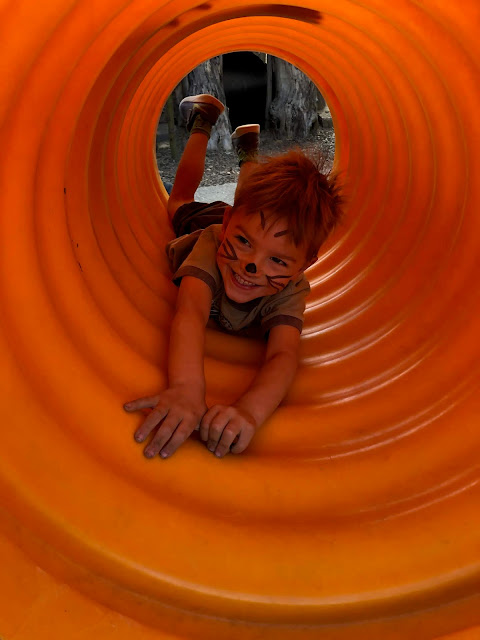 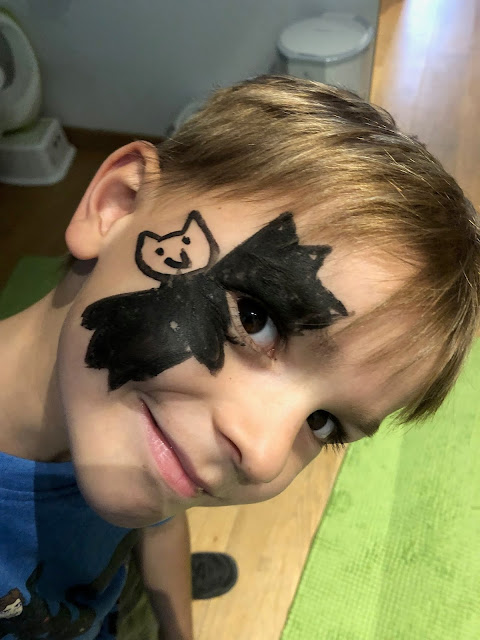 Today it was dirty clothes day...so they returned like this :D.   All in all they seem to have survived the heat reasonably well although batman's face was sweated away and they seem to sweat glitter as well. 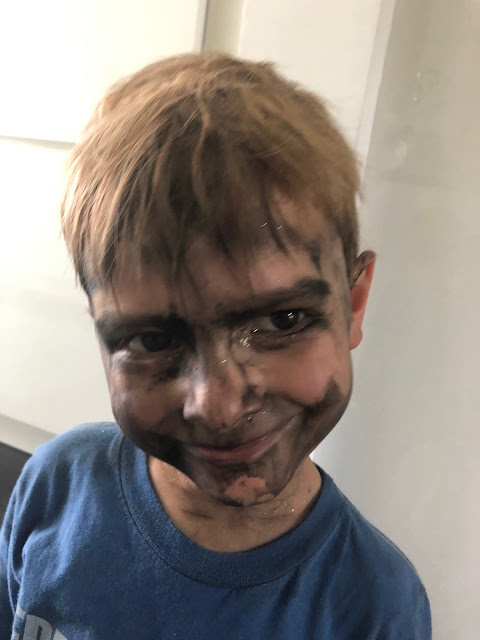 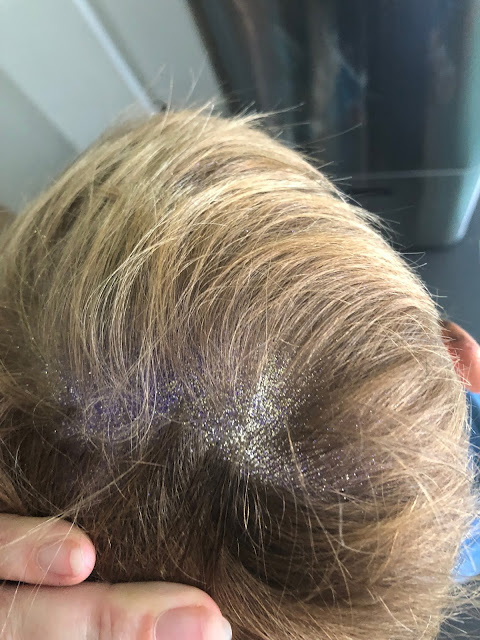 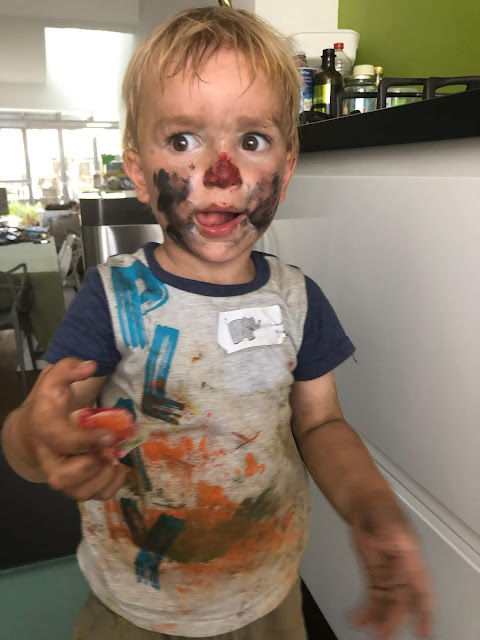