Pick-nicking and chilling in the neighbourhood

The first weekend of August we chose to have a lazy relax weekend in Leuven. On Saturday we went to Kapitein Winokio  and I cleaned-up the gathered mess on my basement office corner  (so not so lazy after all).

On Sunday we had promised the children to have a picknick.   We had already promised one in July but that one got cancelled and I got inspired by the culinary event Hapje Tapje in Leuven to join the picknick in the city park.  But last minute I feared the crowd there so we just gathered at the playground in our neighbourhood.  A picknick is a picknick right and the children surely preferred the play toys nearby.

We ate our left-overs from the fridge on our blankets in the grass after which the children left us to go climb the toys and play in the sand and make new friends and we just chilled for a bit. 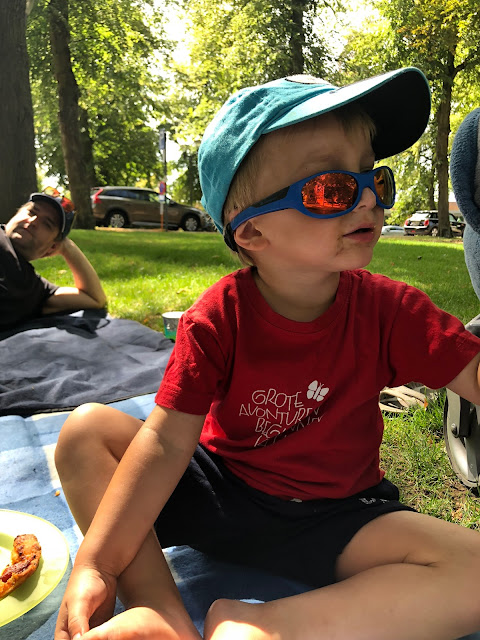 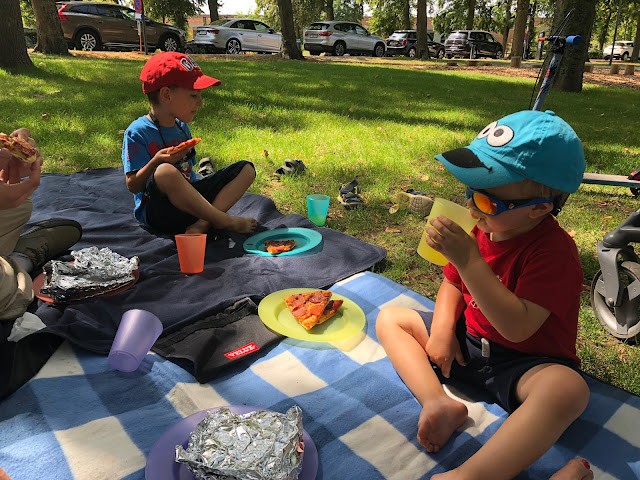 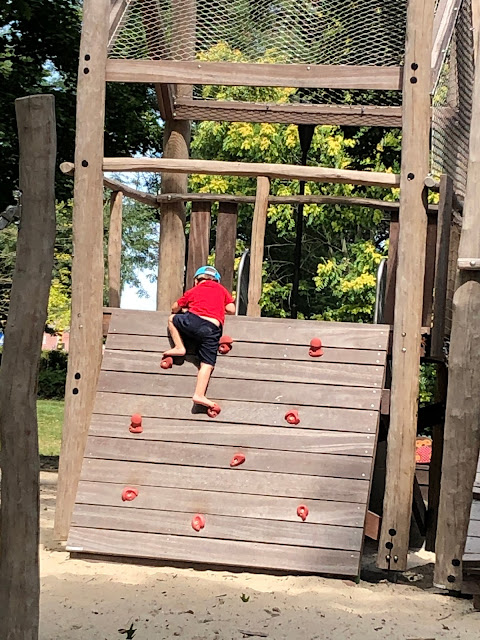 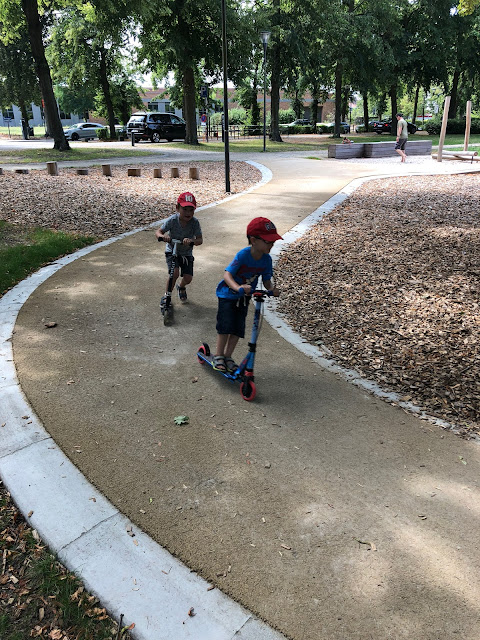 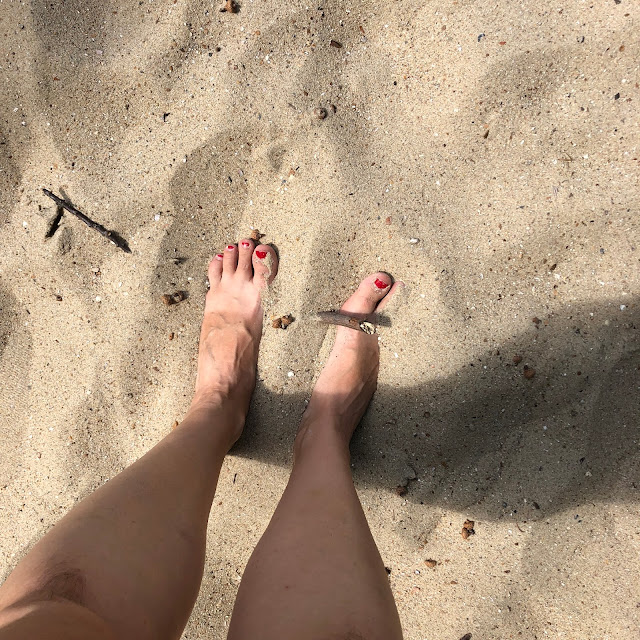 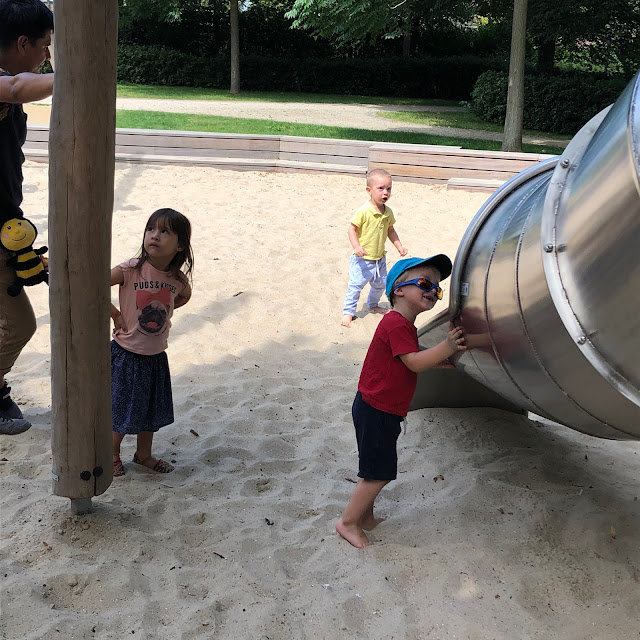 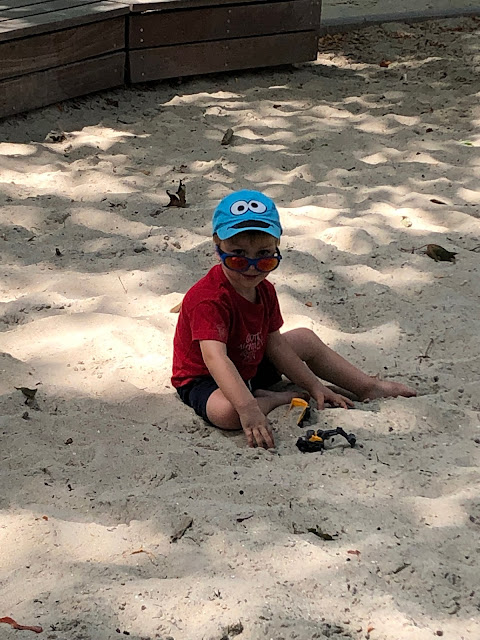 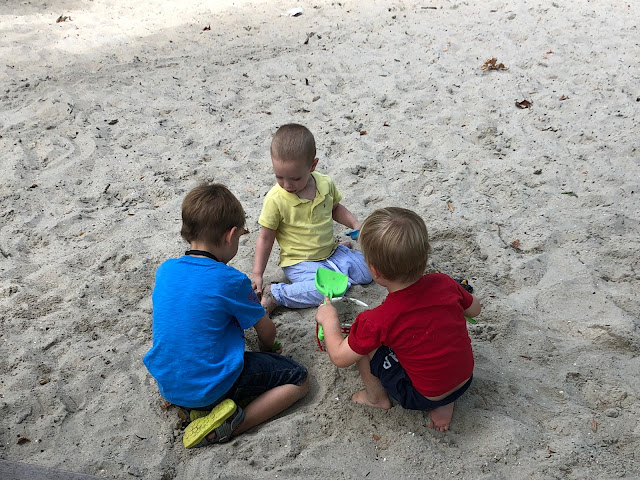 After a few hours on our blankets , we decided to extend our horizon because the children wanted to ride their bikes. So we went home to switch transportation mode and went biking in the park. Behind the ports center, there was the Belgian Championship skeelering where we found some of our neighbours and classmates among the spectators. There were ice -creams too...so we hang around. 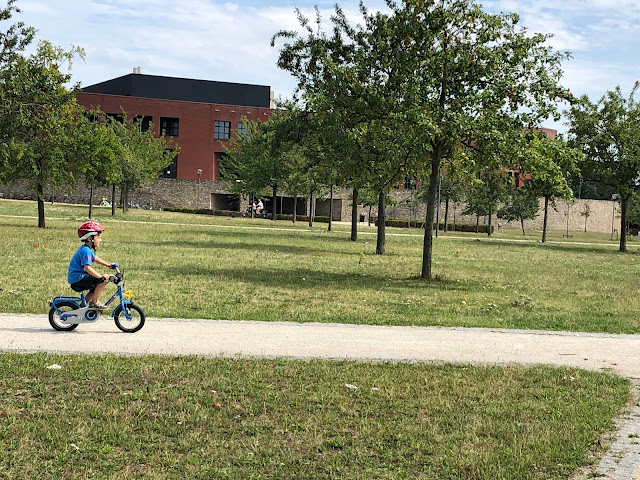 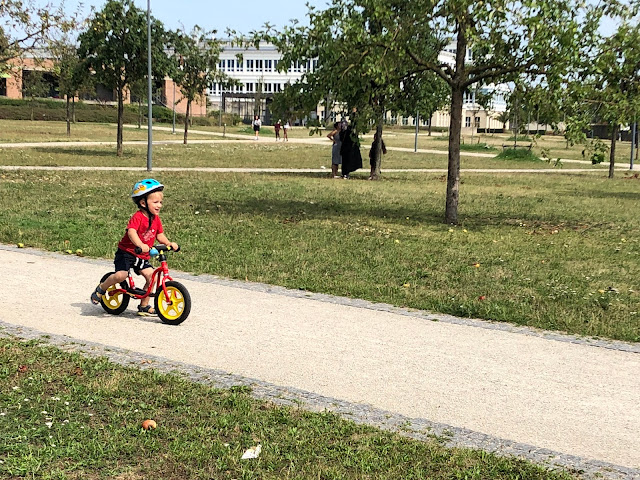 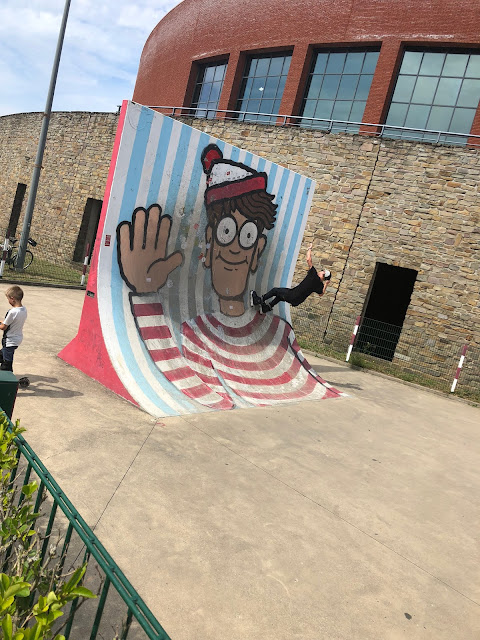 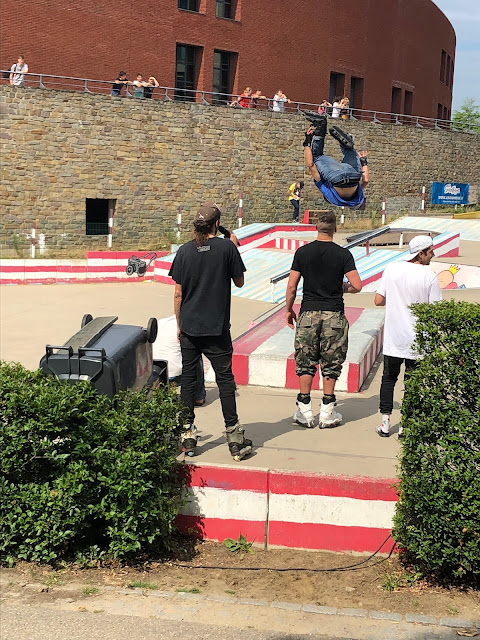 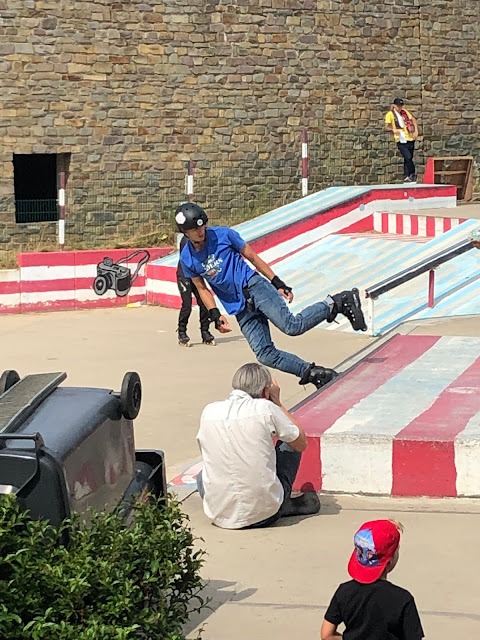 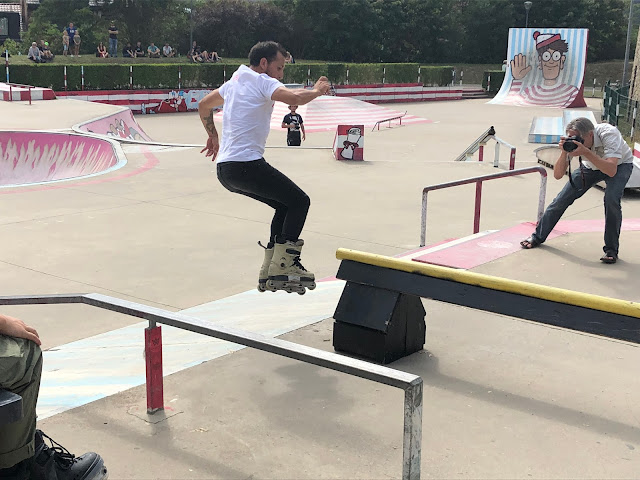 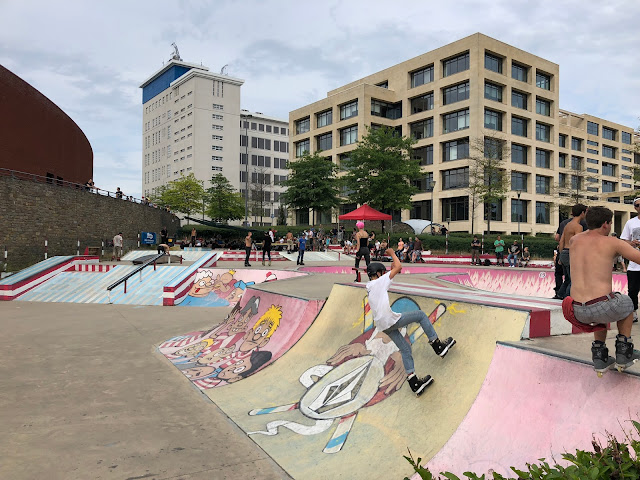 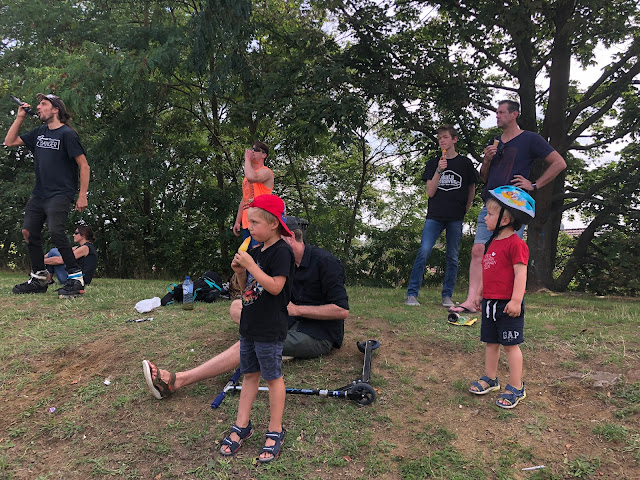 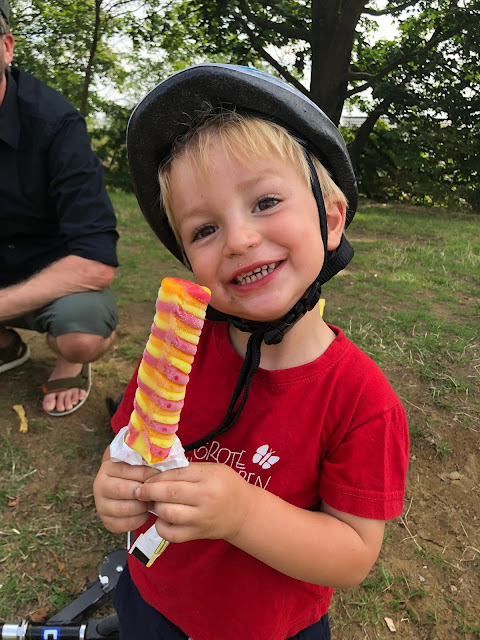 And we closed off our afternoon with a drink at the summer pop-up campground Kamping Kontakt near the abbey. It was the last evening of the pop-up so we sat their until it was clear everyone was cleaning up...which was a good signal to head home again. 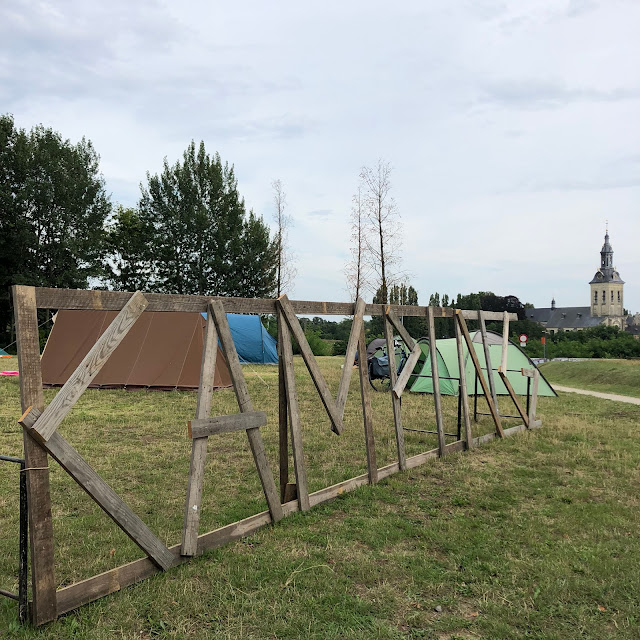 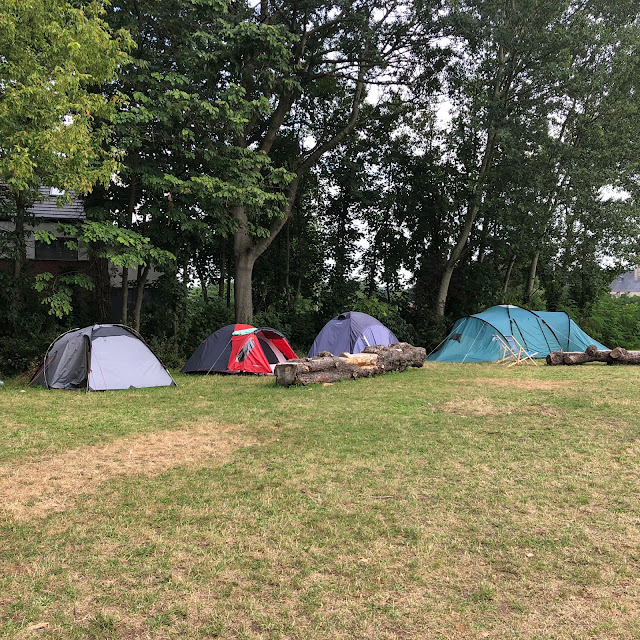 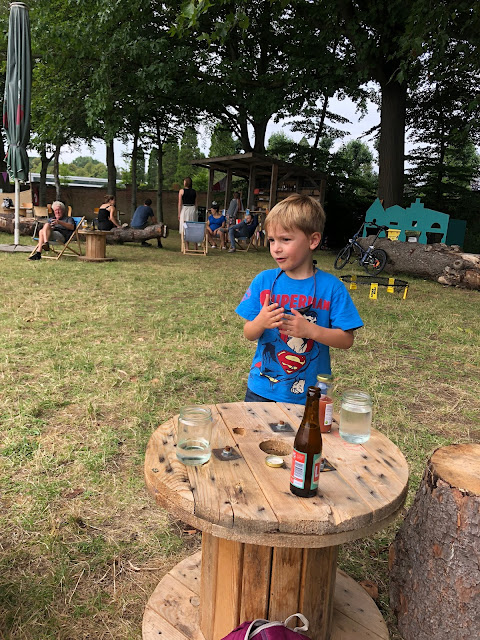