Two years after our previous concert of Kapitein Winokio, we had booked new tickets for the M-idZomer for kids. This time both Kabouter and Beertje knew conciously who the captain was because we regularly play music in the car.   On top of that Kabouter had learned all year the alphabet by introducing a new letter each week in class by playing the Captain's very fun ABC songs.

The street had filled itself with a very long line of waiting people to get in but fortunately after 10 minutes the line started moving rather fast so we made it inside in time for the start of the concert. 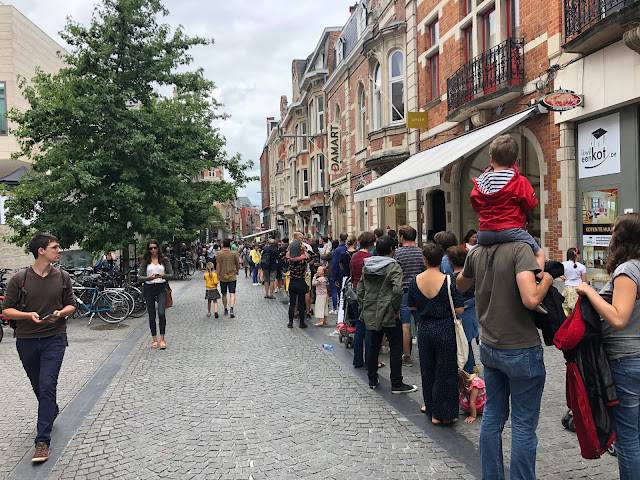 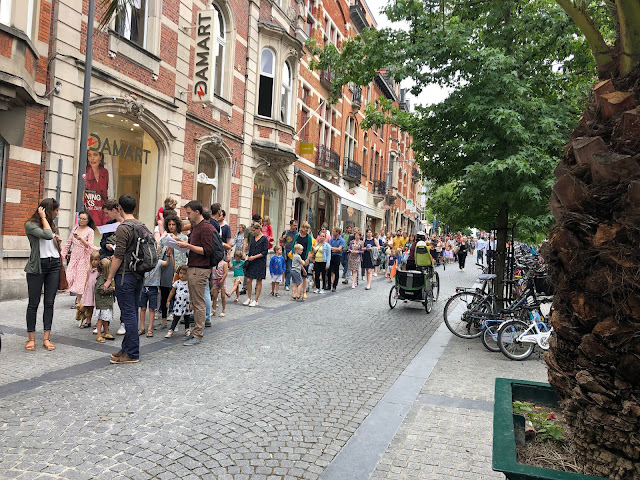 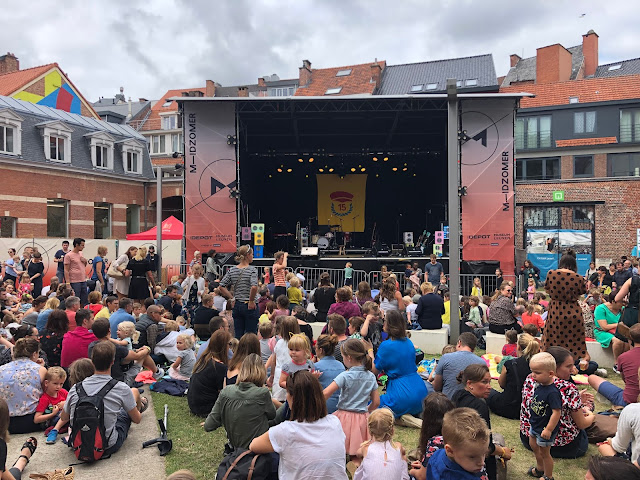 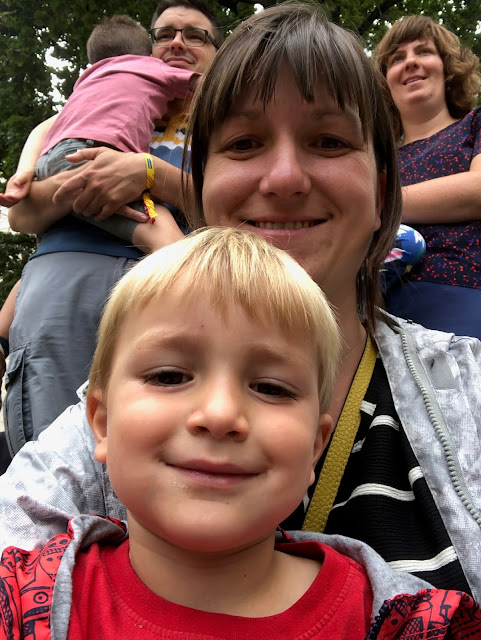 As always Kapitain Winokio had to check if we all had brushed our teeth well and then he got going for his concert which was a compilation of 15 years of Kapitain Winokio songs: remakes of well-known child songs such as "handjes draaien" , vegetable songs, animal songs, hit classics, ...

Beertje was a bit overwhelmed at first and only crawled tightly on our lap but by the end of the concert he started to loosen up more. 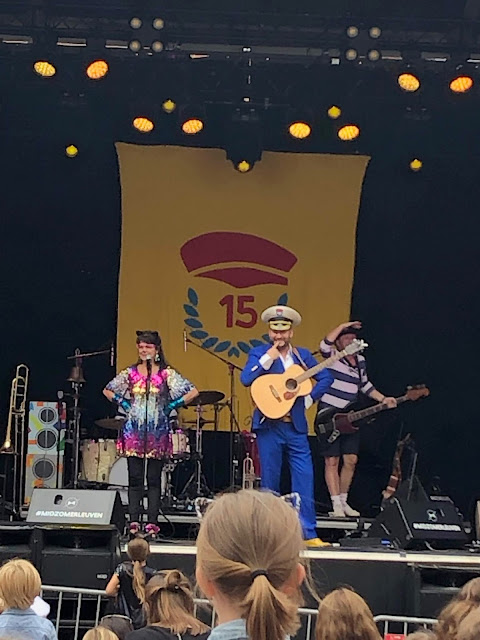 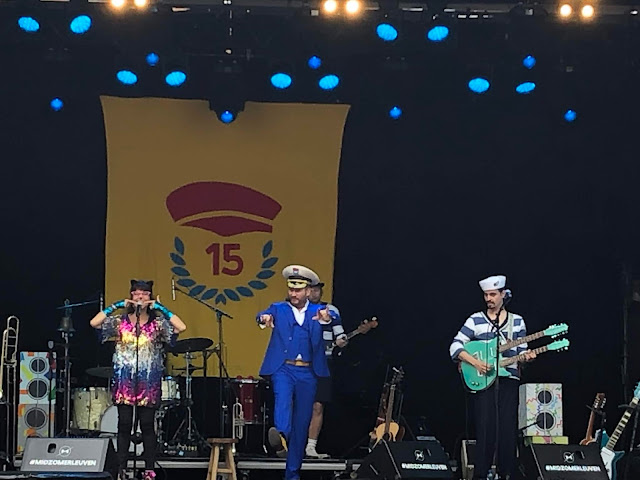 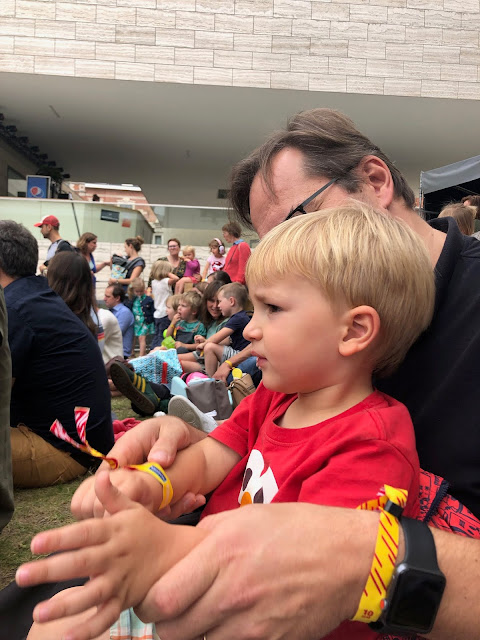 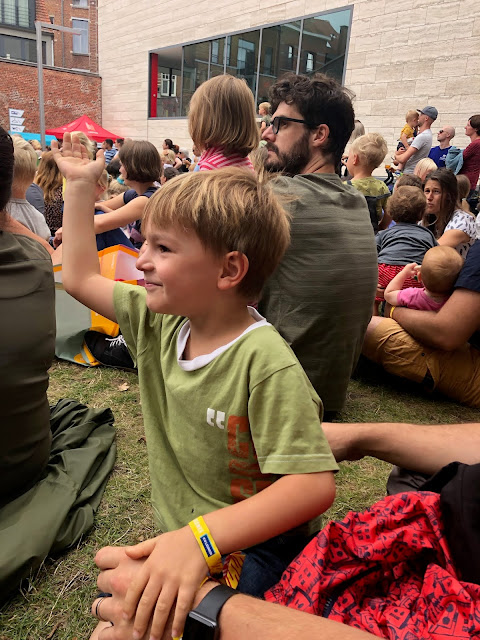 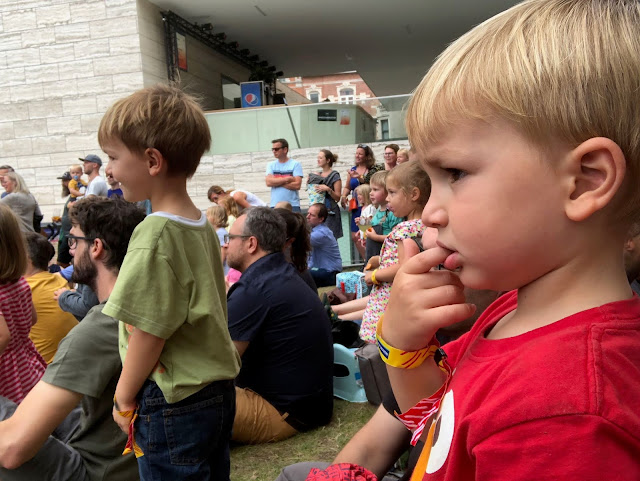 We did a remake of our funny family picture of 2 years ago. 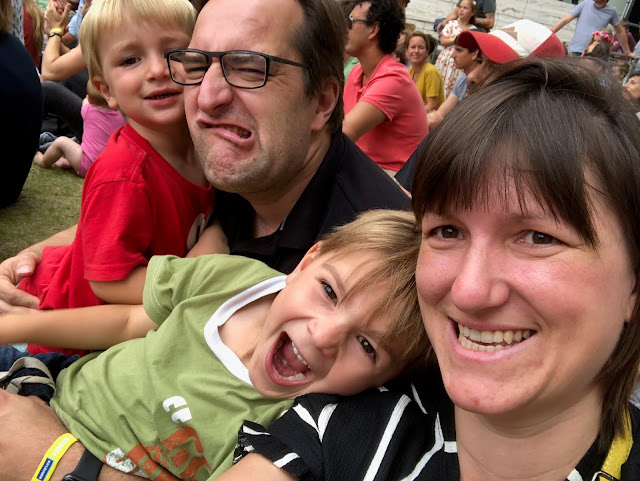 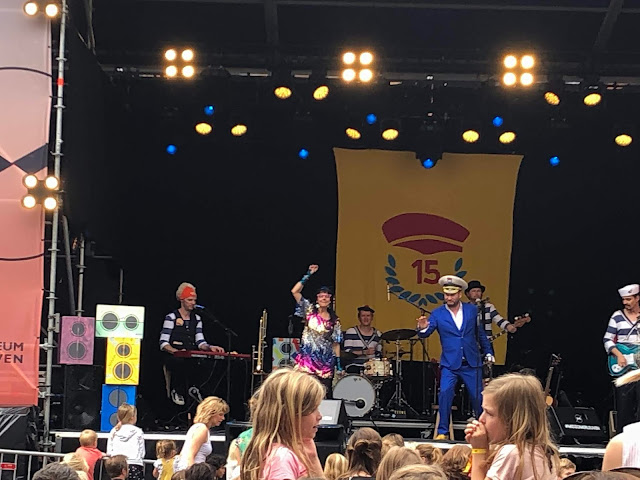 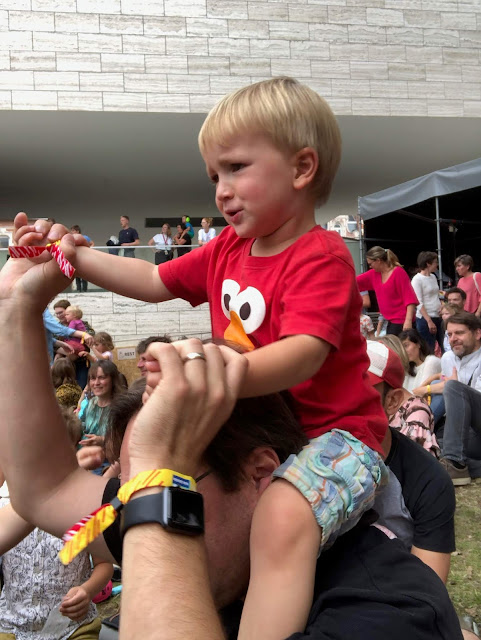 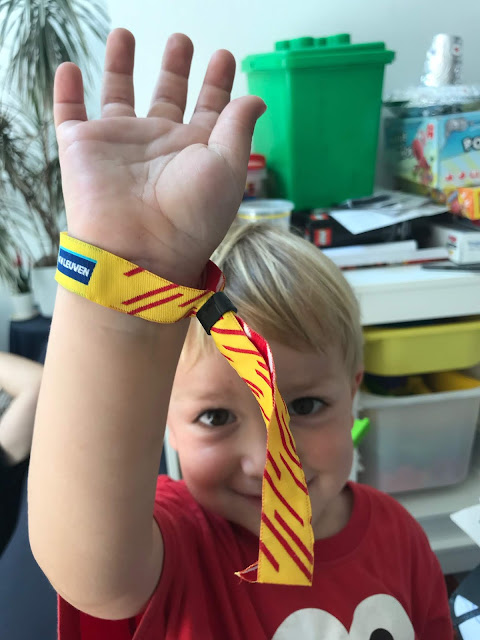