Apparently it's been 5 years since we attended the M-idzomer festival in Leuven.  Ouch, what a pity as I love the concept of this festival which combines music, comedy and art in the museum. But summer weekends are in touch competition with a lot of activities and I must be honest that we go out less now we have 2 children at toddler age.

But...M-idzomer also has a kids program. ha! When I found out in spring that one of our family heroes "Kapitein Winokio" would come, I was immediately very enthusiastic and sent Jan a message to book us tickets. Quite funny how I've ignored all festival programming announcements, but jumped on that kid's one.  I guess that's part of the phase my life is in right now and that's fine :).

Kapitein Winokio is one of our regular on the road soundtracks and we all sing along quite loudly with the "captain songs"  but we don't have his "vegetable" CD yet that he's touring with right now.
The concert was totally sold-out and we had to be in line to get in so we just barely found a spot in the museum garden when the captain got announced.

After his traditional check whether the audience has brushed his teeth properly (responded by a big grin from Kabouter and most other yelling kids), he launched his show together with Mrs Cat and his sailors.

I think Kabouter got spoiled this summer by meeting too many tv heroes as he didn't seem that much impressed to be at a live show. But at each song about a new vegetable, his finger went up in the air to show that he loved that vegetable too. Hmmmmm liar. 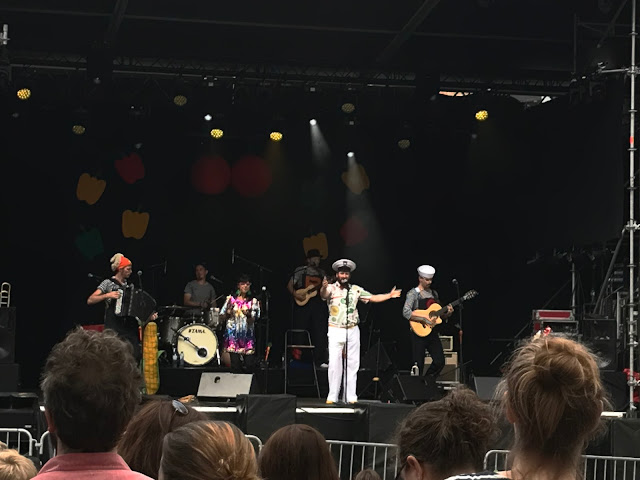 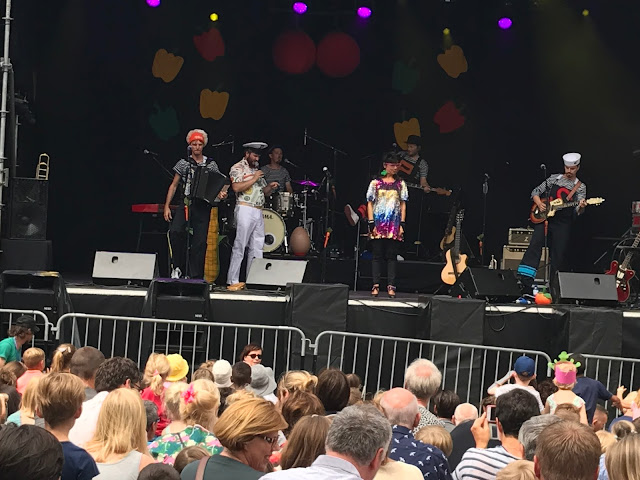 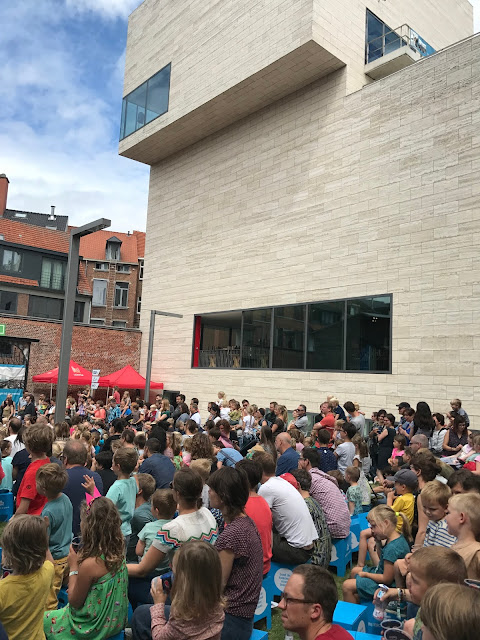 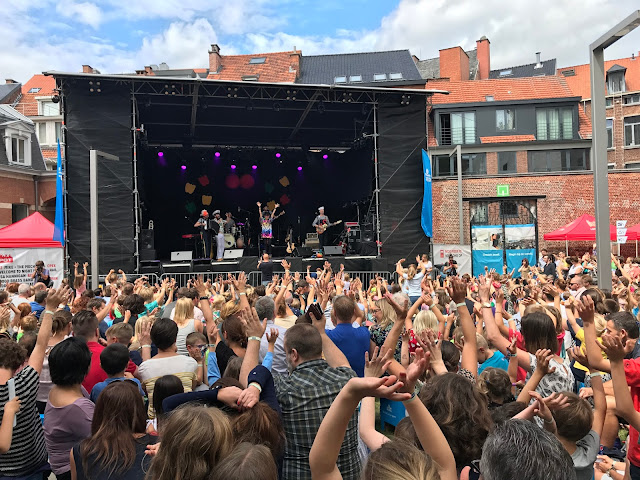 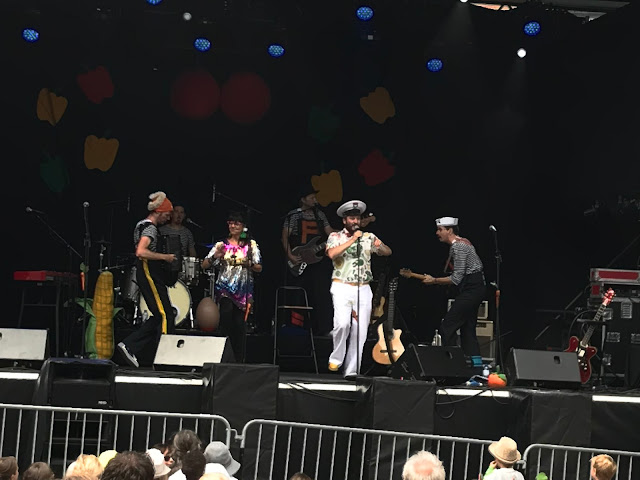 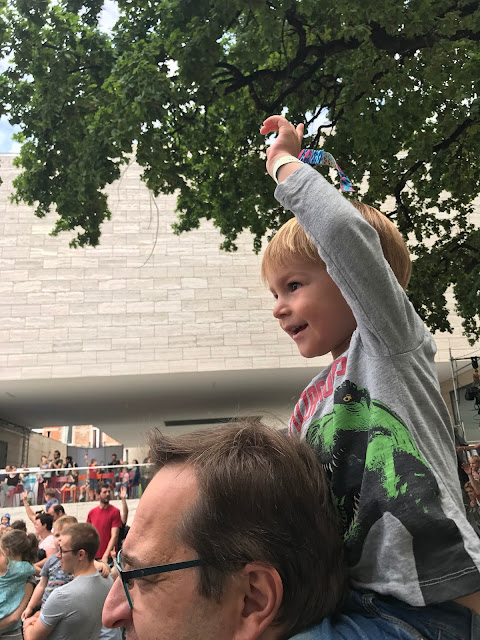 Anyway, it was fun to hang out a bit with the children and enjoy the music. 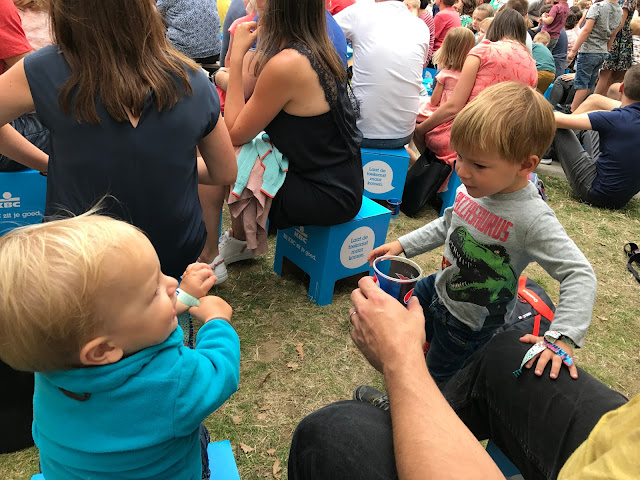 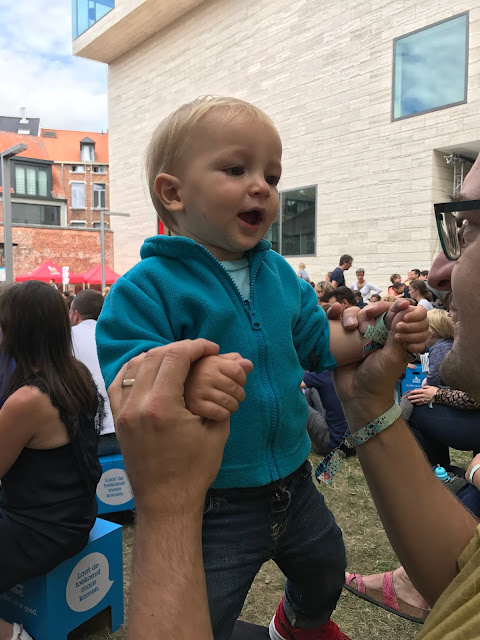 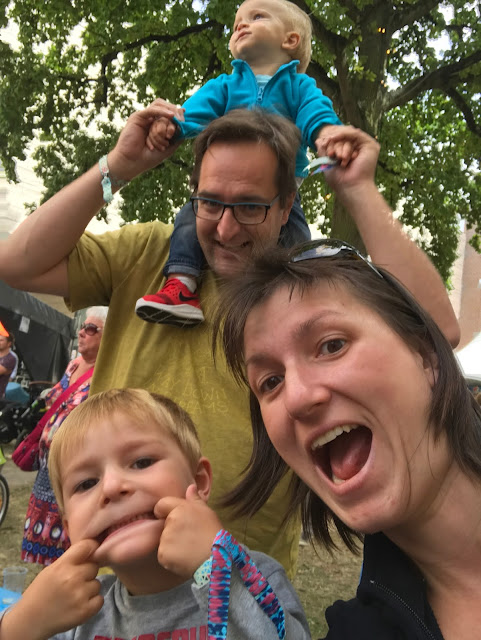 After the concert we stood in line for some autographs and pictures with Mrs Cat and Captain Winokio himself.  Beertje wasn't very much impressed so it seems :D 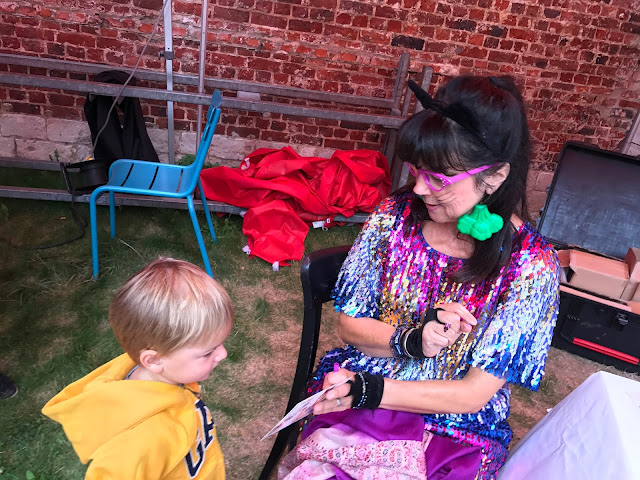 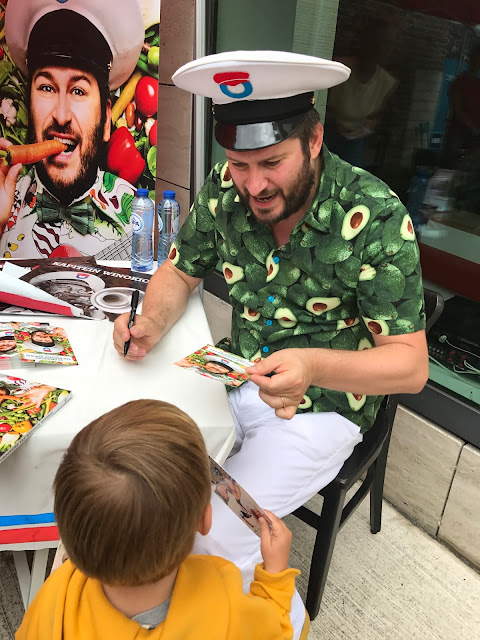 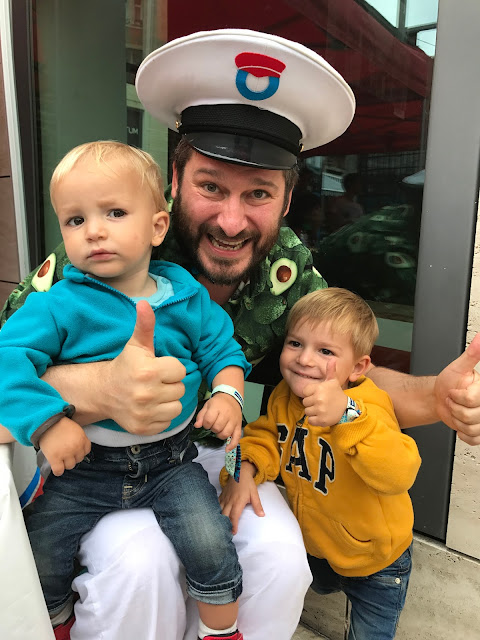