The end of August was the return to reality for me, when I had to return to work after a week's absence (which felt like much more...it felt as if I had lived on a different planet for a long time).   It was also the return to school for the children, that forced me to focus on the present again.

It felt a bit weird for me and also very sudden as I had literally skipped part of the end of summer and so all of a sudden the start of the new school year was there. But the boys were ready.

Kabouter had chosen a nice, but ridiculously big new schoolbag and was a little nervous about the transition to grade 1 which he seemed to take very seriously. Especially the fact that he'd play less with toys in the future seems to be very strong in his mind. He did say he was excited but I'm not entirely certain that is true. I believe he was also a bit anxious.  I guess that all adults contribute to that, asking him all summer whether he goes to grade 1 and then congratulating him very extensively about it...making it clearly a big deal and not just a transition like other years.

Beertje was also excited but he probably had no true comprehension yet that he'd switch to a new classroom and new teacher as well, since he'd never done that. Fortunately we had just received the news that his former teacher in the toddler transition class only had 1 child for the first 8 weeks. As a result she'd co-teach in his class for those 8 weeks and hence he starts off partially with his old beloved teacher.

They were ready to go 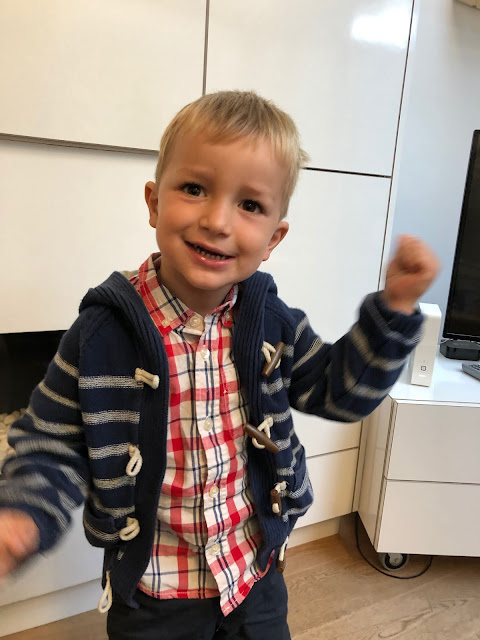 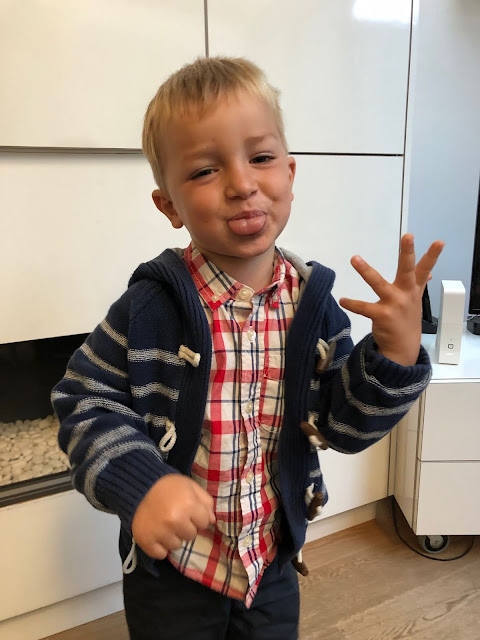 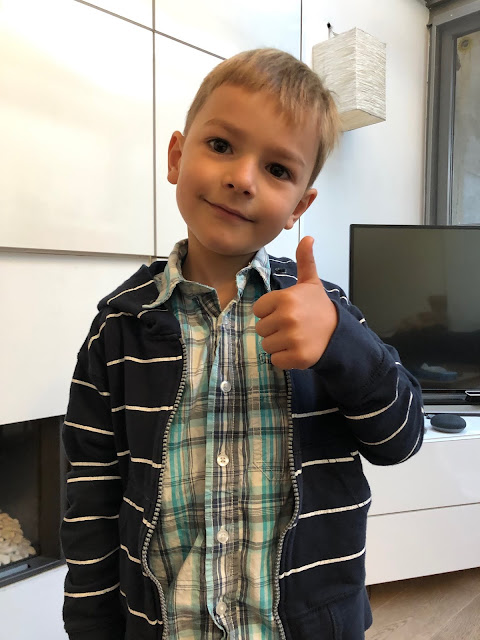 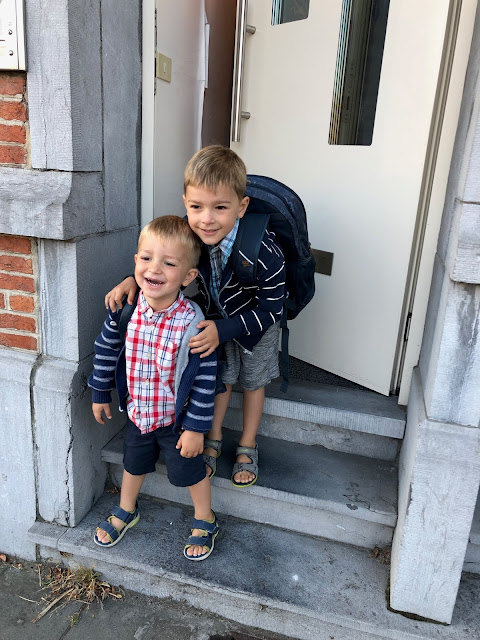 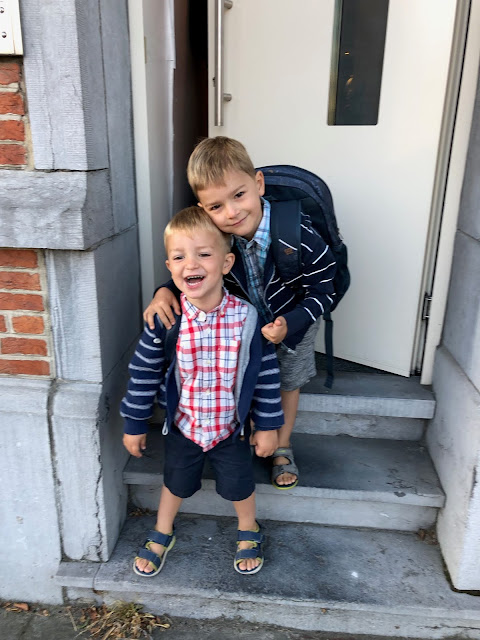 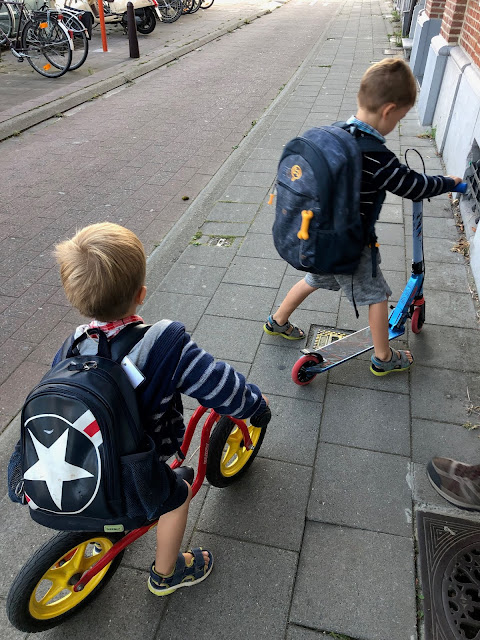 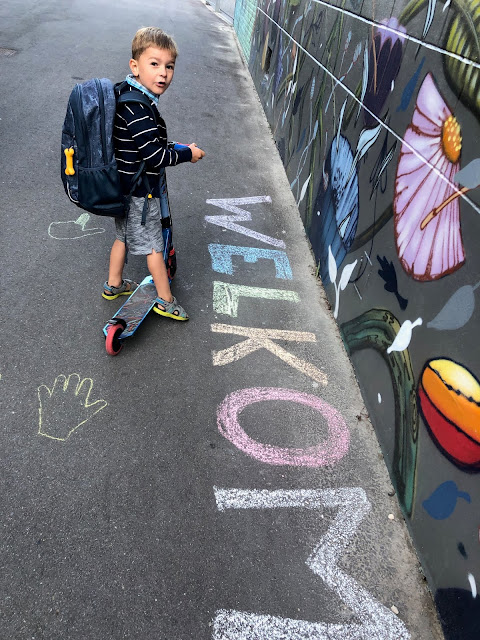 Beertje was the very first child to walk in into his new kindergarden 1 class.  Both his new and old teacher were present: he ignored the first and went straight to greet the latter :p.  While other (some crying) children arrived, he immediately explored the classroom which has 2 levels and started playing. No stress there. 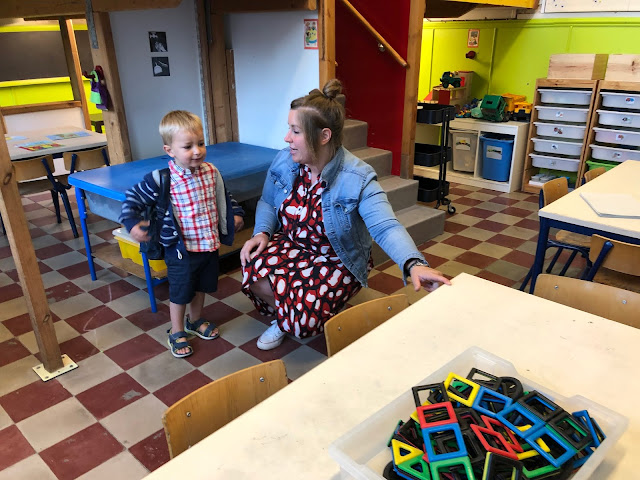 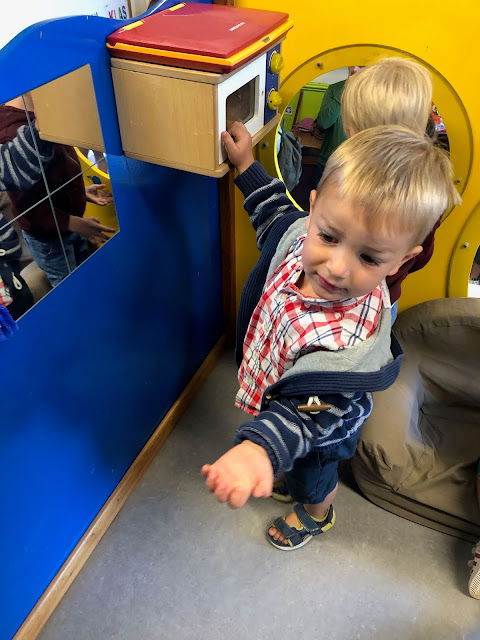 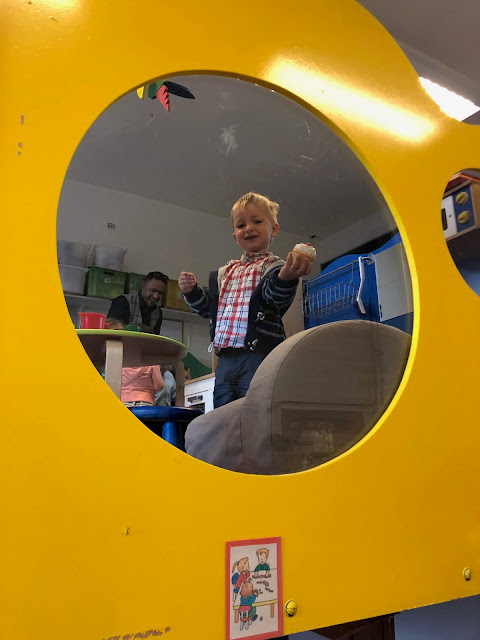 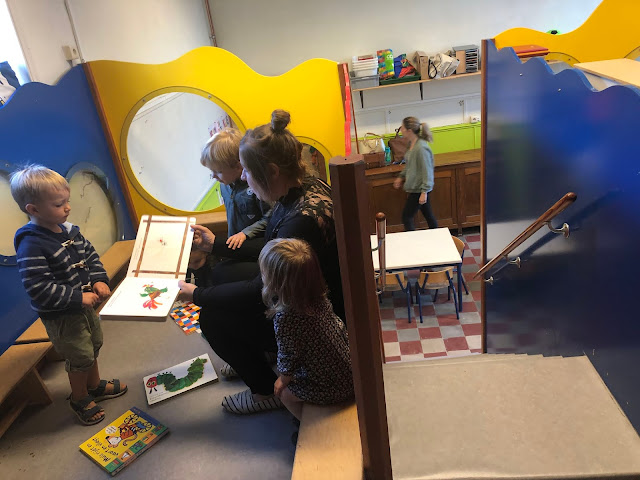 While he wasn't too eager to smile on the posing pictures in the morning, arriving at school was no issue at all for Kabouter. As soon as we entered and took Beertje to his new class, we had already lost our oldest son on the playground as he was going to show off his new bag and searched for his many friends that he had missed over the summer.

I found him again when the bell rang and his class row got formed.

There were some speeches, some welcome coffee for the parents and then I sneeked out of the school wishing I could be a fly in the class rooms, especially in grade 1. 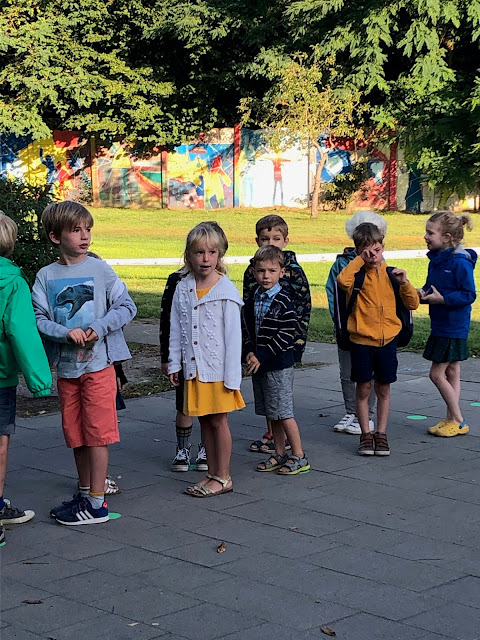 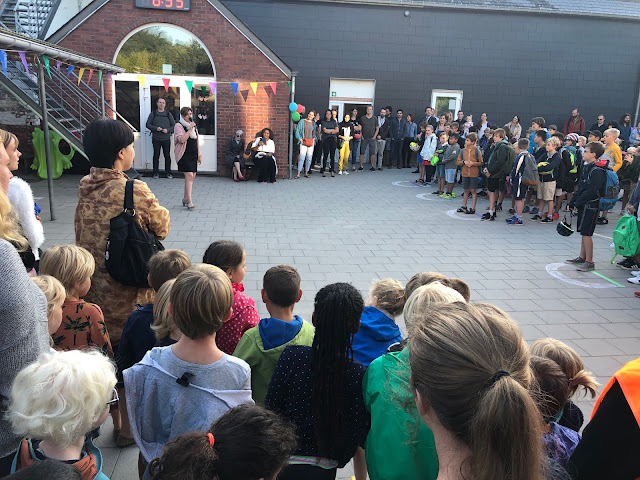 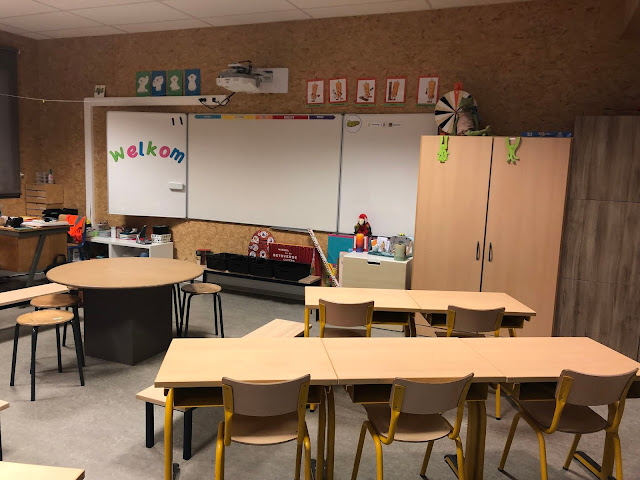 The very first evening Kabouter asked me repeatedly what he had to do.  The idea of having a duty and playing less seems strong. In the end he showed off that he learned to write "ik" and requested me also to give him a few more words to write down. In the next days he had some homework that he had to form 2 words in his syllable binder. A task that literally took him one minute but he was proud to show it.  And then he could relax and play again with all his toys which he eagerly did. 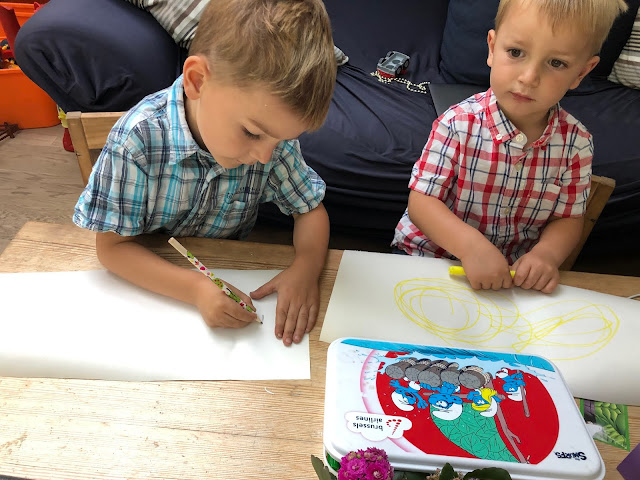 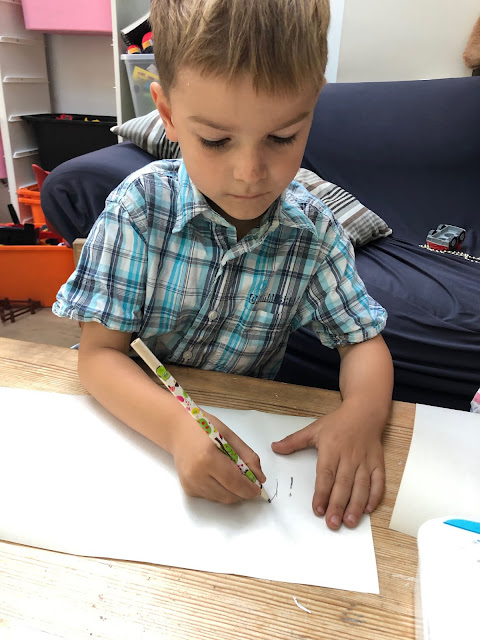 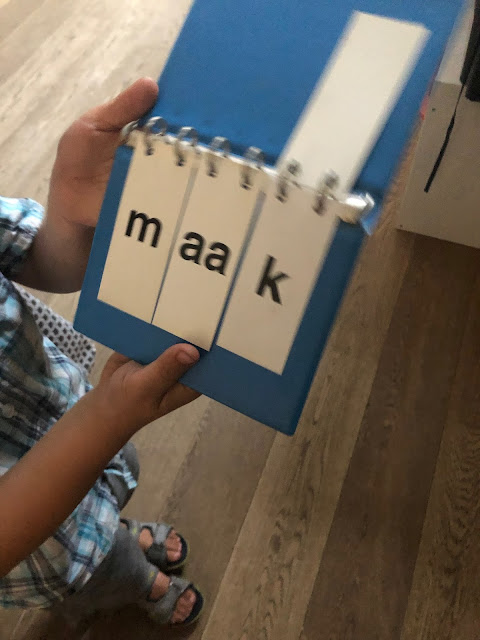 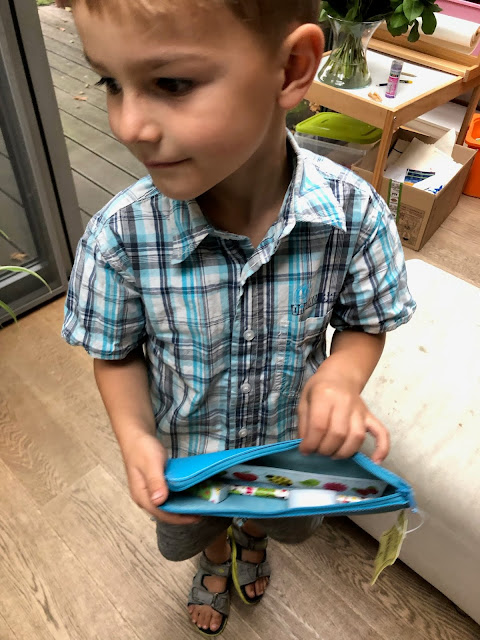 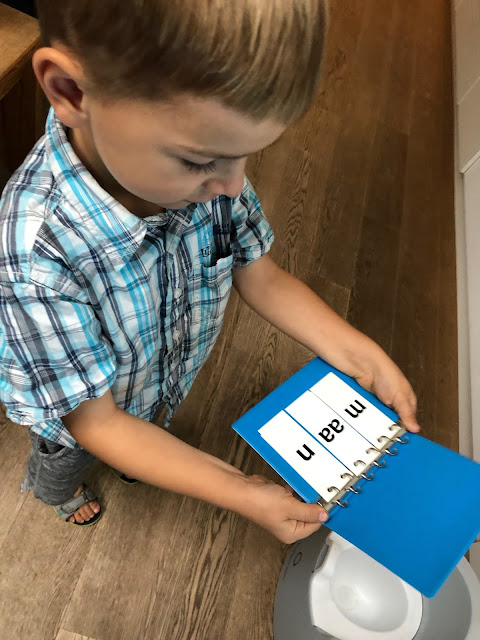 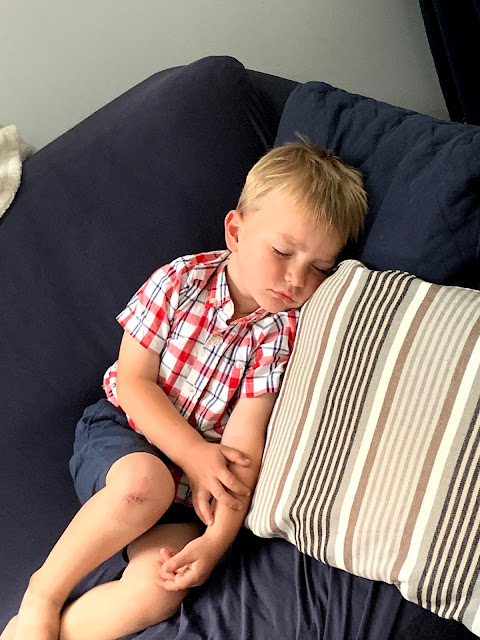